Located about an hour's drive due east of London, UK, Monitor Audio quietly occupies a fair bit of space in a modern industrial park. Its office space is modern and open format, seemingly encouraging collaboration and discussion. The engineering, design, and marketing teams all struck me as being remarkably young for a modern hi-fi company as I arrived and parked my laptop and camera. Notably, it also had a non-corporate feel to it. Sure, "Monitor Audio" coffee mugs were sitting on desks, and some framed pictures of loudspeakers adorned conference rooms, but that is hardly unexpected for a loudspeaker manufacturer. 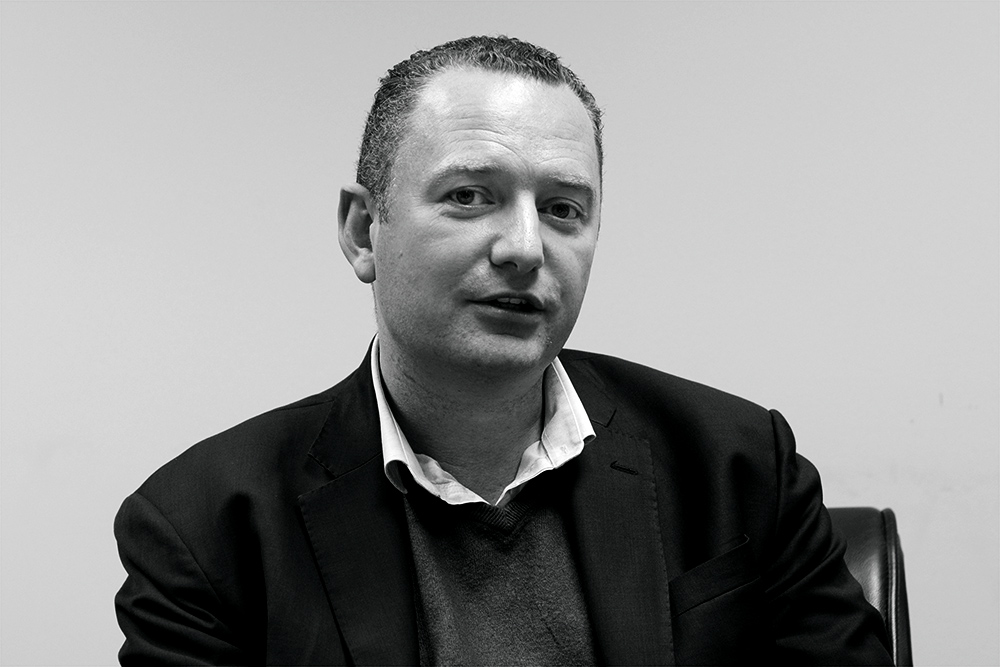 I first met Alex Brady (shown above), Monitor's sales and marketing director. Brady's father, it turns out, owned a series of hi-fi stores in England that Alex worked in, ultimately inspiring him to go in-house at Monitor in the late 1990s. Monitor, a company that had been around since 1972, was at that time known as something of a value brand. But with the arrival of Brady, in addition to a new technical director, the company underwent a renaissance. The modest company subsequently branched out into higher price points with its Gold and Platinum lines, while also becoming more attainable with its entry-level Bronze range. In the process, the firm has grown nine-fold since the early 2000s. Fun fact: monitor sold roughly 10,000 pairs of its Silver 6 model last year. That is staggering volume. "Pairs?" I asked. "Of just one model?" Alex smiled and nodded. 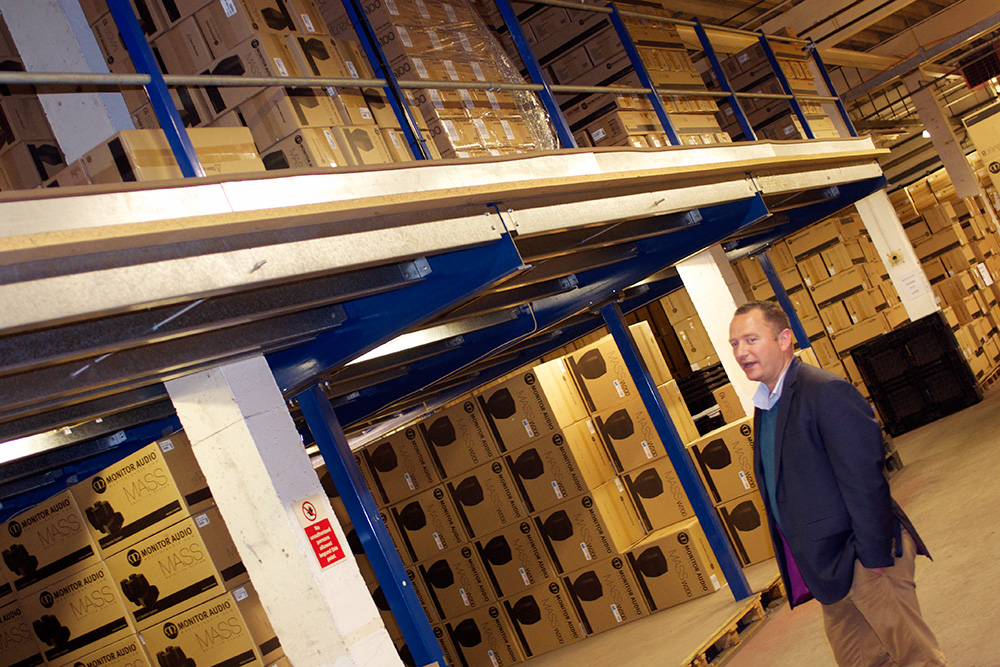 The interesting thing about that figure is the sheer number of underlying requirements to make that possible, and more importantly, sustainable. Economies of scale generally dictate that the increased scale of an operation brings with it decreasing cost per unit. Over the long term, this permits lower prices, greater funds for R&D, and less reliance on over-the-top marketing antics, as well as silly margins built into a product's asking price. Monitor's Platinum PL-300 flagship (shown below) reflects this, costing just $12,000/pair. While getting on in years now, as I will explain anon, the Platinums sound, look, and feel as a leading figure should. So given the dozens upon dozens of loudspeaker companies out there who charge many multiples of this amount for a model that may well be in the middle of their respective ranges, it really invites the question: are buyers getting a better product? I'm not so sure. 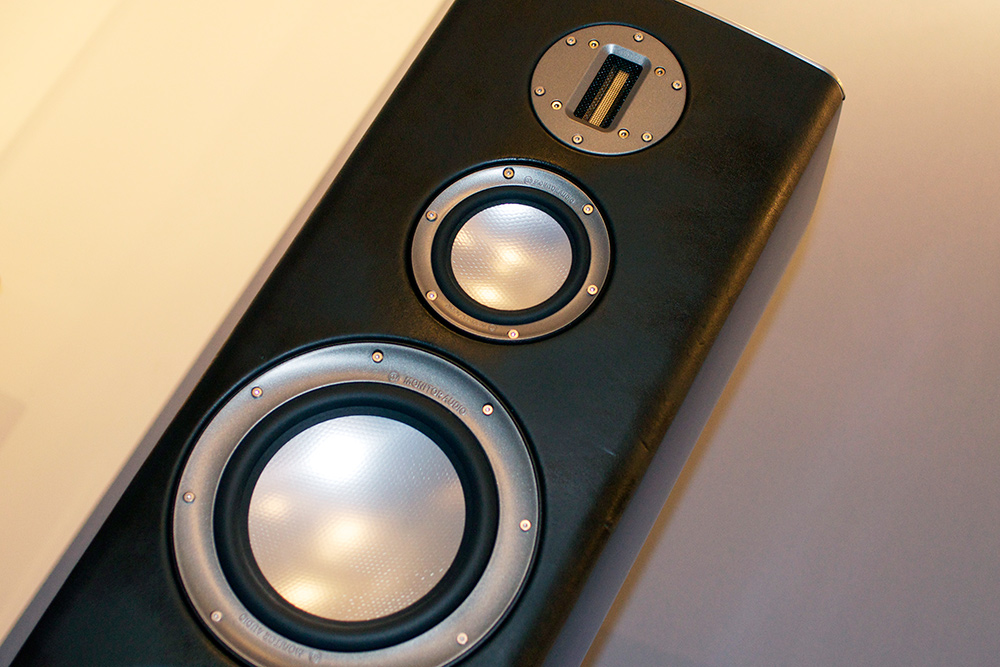 There are two primary drivers for the success that Monitor has rightly enjoyed. The first was a massive transition of its manufacturing to China in 2004. The second, and perhaps more important, was stability and continuity of its management team. Having the same folks at the helm for more than 15 years has allowed Monitor's vision to slowly, but deliberately, manifest into reality. In 2007 this management team bought out the company in its entirety, making Monitor Audio the only major speaker company still under British ownership. This is borne out by their product development, which is guided by the management team, not a marketing department or outside investor. Product lines are kept tidy, while new endeavors, such as the company's recent soundbar and amplifier efforts, are undertaken in a patient and purposeful manner, not as a matter of course to keep up with competitors' offerings. If they can't offer something better or unique, these folks simply won't bother. 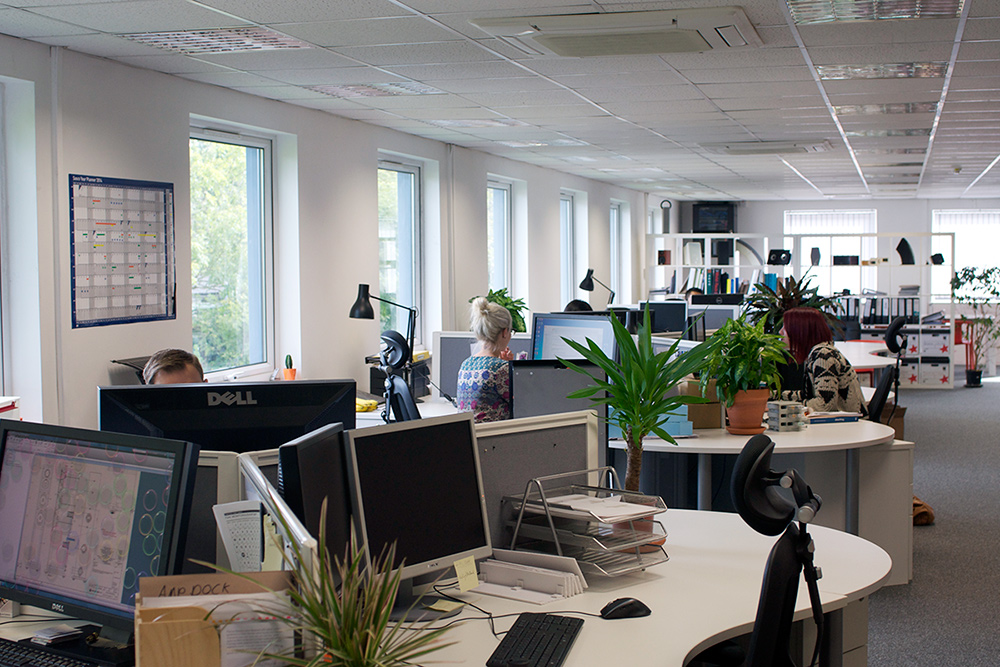 At the core of all this, however, is an infectious, youthful kind of vigor that seemed to propel all of the Monitor folks through the day. The technical director was eager to show off some of the projects they were working on, along with various tidbits of information about the company's multitude of existing products, while the product design manager talked at length about the egalitarian and collaborative work of his team, which seemed to enjoy a great deal of freedom of expression. There was palpable, genuine interest in making progress in terms of Monitor's contribution to the audio world. I found myself being inundated not by fluffy marketing pitches, but rather by anecdotes of the Monitor team's work. What's worked? What hasn't? What can we do better? What would we like to do that perhaps consumers aren't ready to embrace? Honestly, it's a pretty refreshing perspective after you've been to your share of industry trade shows. Read on to better understand why.