I've written quite a bit about the design details of Vivid Audio's Giya G4 in the previous articles in this series, but not about the sound, which is the focus of this final article. I was privy to the first presentation of the G4 at TIAS 2013, and I managed to sneak in early enough to snag a front-row, center-position seat. Vivid's chief designer, Laurence Dickie, was in charge of the presentation. 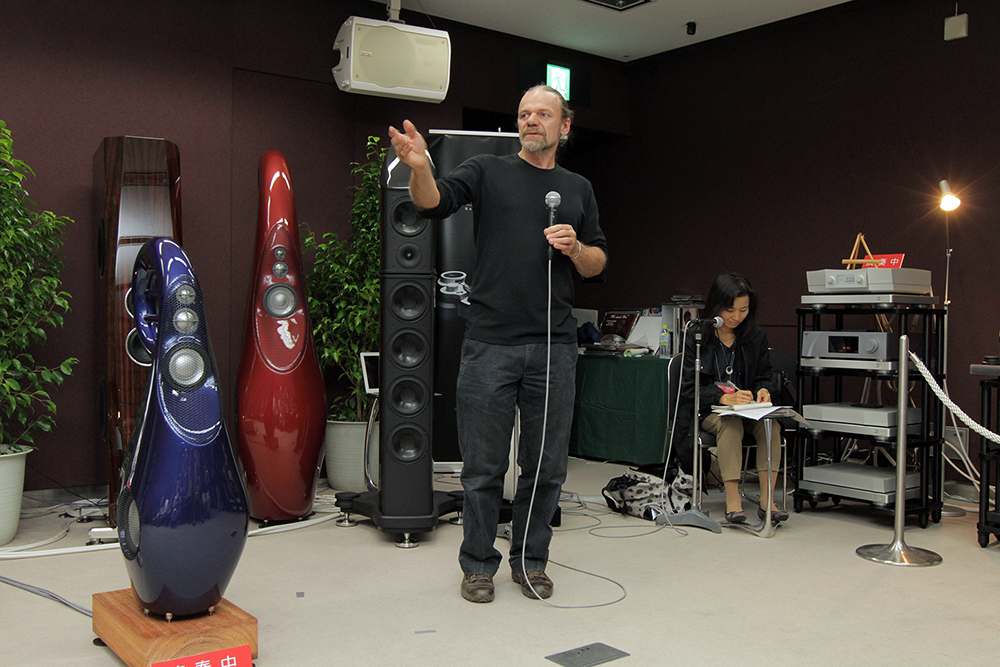 One of the most interesting things about the setup was the minimalist approach -- powering the G4s was a single Devialet 240 being fed music files wirelessly from -- get this -- an iPhone! Devialet's Manuel de la Fuente told me beforehand that such a demo was risky given the vast number of interference-causing wireless networks around the venue that day, but he went with it anyway since he wanted to make a bold technical statement in Japan about how good a system could sound with a minimum number of components. It was a wise move if you ask me, because it worked flawlessly and people seemed genuinely impressed by the sound. The speakers were propped up on custom-made wooden blocks that Vivid made specifically for the G4s to ensure the tweeters' height was appropriate for the audience, which was a mix of people sitting and standing.

Prior to the demo, Vivid Audio's Laurence Dickie told me that he'd felt that he managed to make the G4 sound "just like a Giya," which, based on the hour-long demo there, wound up being true. But unless you've heard a Giya, you'll have no idea what that means, so this should explain the Giya sound -- exceedingly neutral, lightness fast, viscously detailed, visceral, and extraordinarily transparent. All told, music just happens from these speakers in a natural, powerful, and involving way.

The soundstage the G4s cast was large -- width spilled somewhat past the left and right edges of the speakers and depth approached the front wall, which was very far back. Images within that soundfield were solid and vocals hung tangibly in space with real presence, which is important. Vivid's sound might be fleet of foot, but it's never thin -- if there's presence and weight in the recording, the speakers reveal it readily.

But the bass the G4s did reproduce was awesome for the speakers' small size. The pair played in a room far larger than they were ever intended to, yet they had little trouble sounding rich and full. They also had no trouble reaching the volume levels necessary to charge up the vast space -- certain orchestral tracks Manuel chose were played LOUD. My best estimate on bass reach was very strong output to below 40Hz, at least, with overall output capability that would far away exceed what anyone would require in a domestic setup. So while the G4 might be a small speaker with less bass reach than its line mates, it's no lightweight.

More important was the nature of the bass -- ultra-tight and impactful, just like the other Giya models. That solidity down low coupled with the ability to project sound so freely and unfettered into a room are two hallmarks of the Giya-series sound. Those qualities are also why I like this lineup of speakers so much and I can confidently champion what the company is doing -- the way their Giyas can place sound into a room so effortlessly allows them to sound not only natural and realistic, but exciting and engaging, which is what music listening really needs to be about. 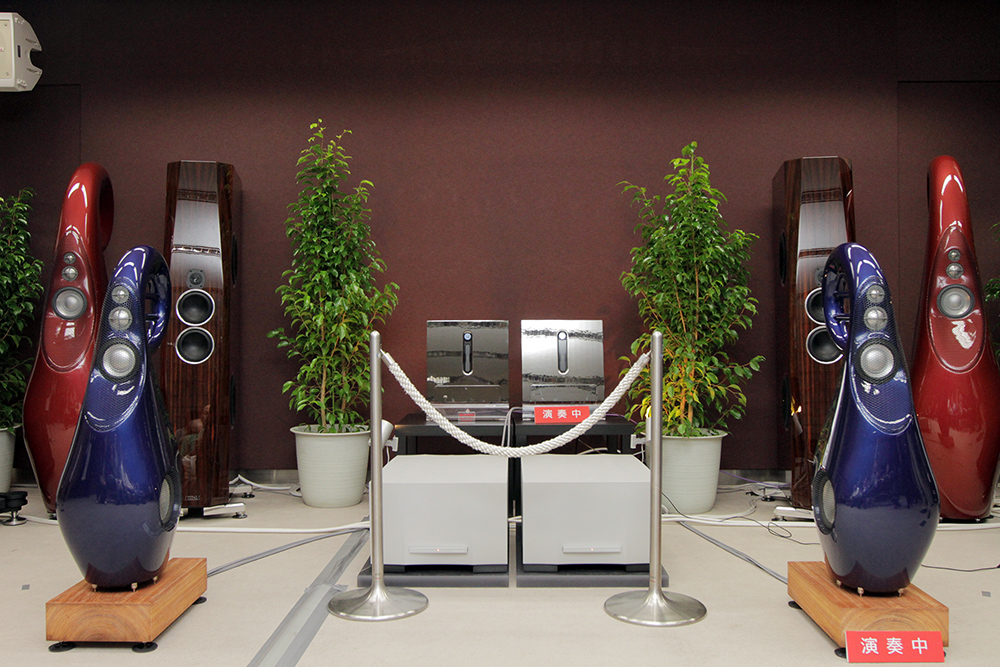 Vivid Audio's pint-sized Giya G4 doesn't seem intended to replace any of the existing Giya models, so none of them has to fear becoming obsolete. Instead, it seems meant to supplement the line, offering a similar type of performance to the rest of the crew, but one that's more suited to a much smaller listening space, not unlike what's common in Japan, where space is at a premium. No doubt, that's why the debut happened in Tokyo and not, say, in the middle of the United States, where large houses and big rooms are commonplace and speakers such as the G1 and G2 would be more fitting.

So if you have a smaller room and are intrigued by the kind of sound that I've described, definitely make the effort to look into the Giya G4 model to find out what the latest fuss from this cutting-edge company from South Africa is about. Their speakers aren't only technically advanced; they're sonically advanced as well.

For me, the Giya G4 introduction was definitely worth a trip halfway around the world to learn more about it and report about my experiences there. Now I'd like one of our reviewers with the right kind of room to get his hands on a pair to review them. But that likely won't happen until early 2014, which is when the G4 is scheduled for release.