Michael Corleone famously said, “Just when I thought I was out, they pull me back in!” I now know the feeling.

It was late in the day on Sunday, October 30. I’d taken thousands of steps to and through the various Audio Video Show exhibits in all three locations and was ready to call it a day. I was about to put my camera away. Then I walked into one more room at the Radisson Blu Sobieski, and I was sucked back into show reporting.

That room belonged to Aretai, a speaker manufacturer based in Latvia, founded in 2018 by Jānis Irbe. What so intrigued me when I first walked in was that I couldn’t tell if it was the standmounted Contra 100S or floorstanding Contra 200F speakers that were playing, mostly because the bass I heard was so deep and the overall sound was so room-filling. But I figured it must have been the 100Ses that were playing, because those were the speakers that the people there were looking at. So I put my hand on the top of one cabinet and felt barely anything. Then I reached around back and unexpectedly found a driver, which I could feel was moving. 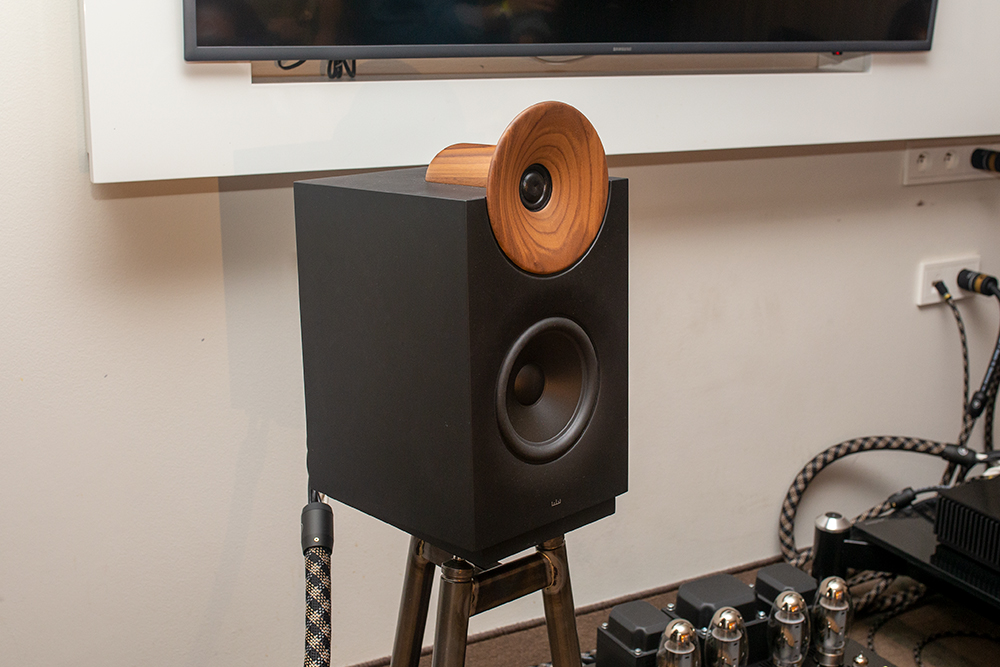 At that point I was so intrigued not only by the bass but also by the driver back there, that it was almost like my arm was being twisted to find out more. I swung around to face Irbe, who’d been watching me feel up his baby speaker, and started interrogating him about the 100S like I interrogated Audrius Balciunas at Silent Pound about his Challenger speaker, which is designed and made in Lithuania. And just like Balciunas, Irbe was taken aback by how many questions I asked—and asked.

What I learned is that the 100S is priced at €7500 per pair and is a two-and-a-half-way design with two 6″ drivers—one on the front, the other on the back—and a 1″ soft-dome tweeter nestled deep into a waveguide that extends higher than the cabinet. The front-mounted 6″ driver handles bass and midrange frequencies up to where it hands off to the tweeter—but Irbe wouldn’t tell me what the crossover point between those two drivers is. I guess it’s part of the company’s special sauce. I managed to squeeze out of him that the rear-mounted woofer works only below 200Hz. One more thing: there is no port. 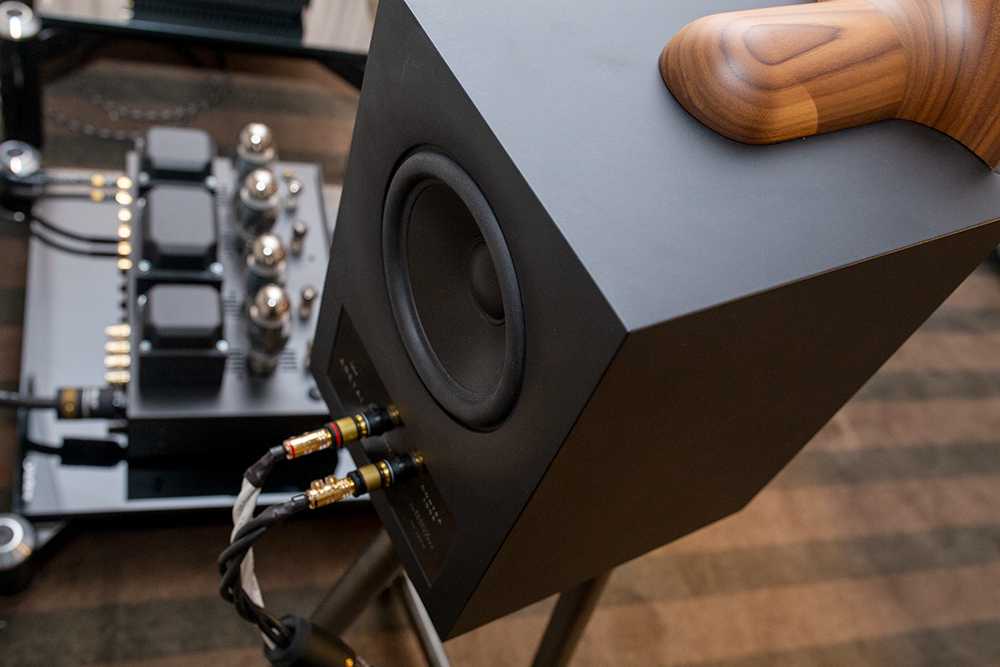 Irbe also told me that the cabinet is a combination of plywood and MDF implemented strategically to control resonances. I have to think that whatever they did works, because like I said, I had to feel around back to feel the driver there to know which pair of speakers were playing.

As with what happened with Balciunas, Irbe appeared at one point to tire of my questions and asked me to listen, which I did. I found the sound remarkably smooth and clean overall, even though I was seated well away from the center position. Of course, the bass sounded remarkably deep for a standmounted design. The company claims low-frequency extension to 30Hz, and although I couldn’t truly tell if the 100Ses were reaching that low, I could tell that they were certainly getting close—and that was being driven by a tube amp! 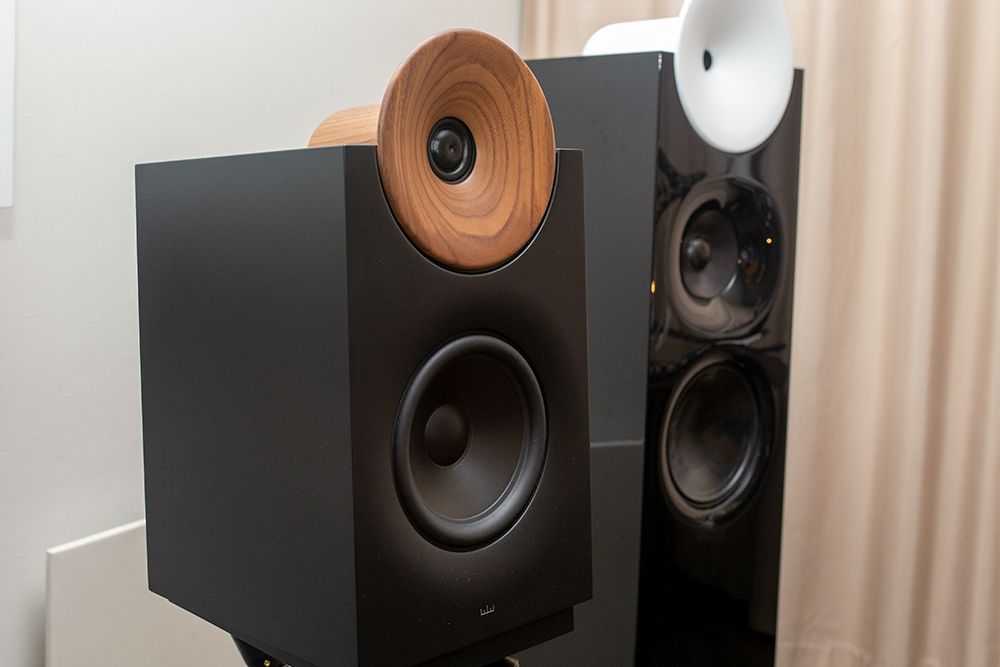 Impressed with what I saw and heard, I began walking to the door, which is when Irbe asked me to stay for a brief audition of the floorstanding 200F, which sells for €25,000 per pair. It is a three-and-a-half-way design that also has a driver on the rear working only in the bass region. When he played the same track that he had through the 100Ses, my eyes went wide because the bass was much deeper than what the standmounts provided, and it was much more powerful—so much so that the low-frequency heft was almost too much for the small room. I can only imagine what the company’s larger 350F speaker, which sells for €50,000 per pair, can deliver in terms of bass output.

When I finally left, it wasn’t the Contra 200F that was on my mind, however—the Contra 100S was. It looks and sounds like a remarkable standmounted loudspeaker that I would like to explore more. And while the 100S didn’t supplant the Silent Pound Challenger as my favorite product at Audio Video Show 2022, it snagged the runner-up spot. Great things with speakers are happening in Lithuania and Latvia!