CanJam is a series of headphone shows that take place at locations around the world. This year has already seen shows in New York, Singapore, and Southern California, with shows in London, Denver, and Shanghai coming later this year. Last weekend, I attended the Southern California show, at the JW Marriott Los Angeles L.A. Live hotel, located in downtown Los Angeles, and came away with photos and info on numerous new headphones, earphones, and headphone amps. Here’s the first batch of cool headphones and earphones I found, presented in alphabetical order with all prices listed in USD. 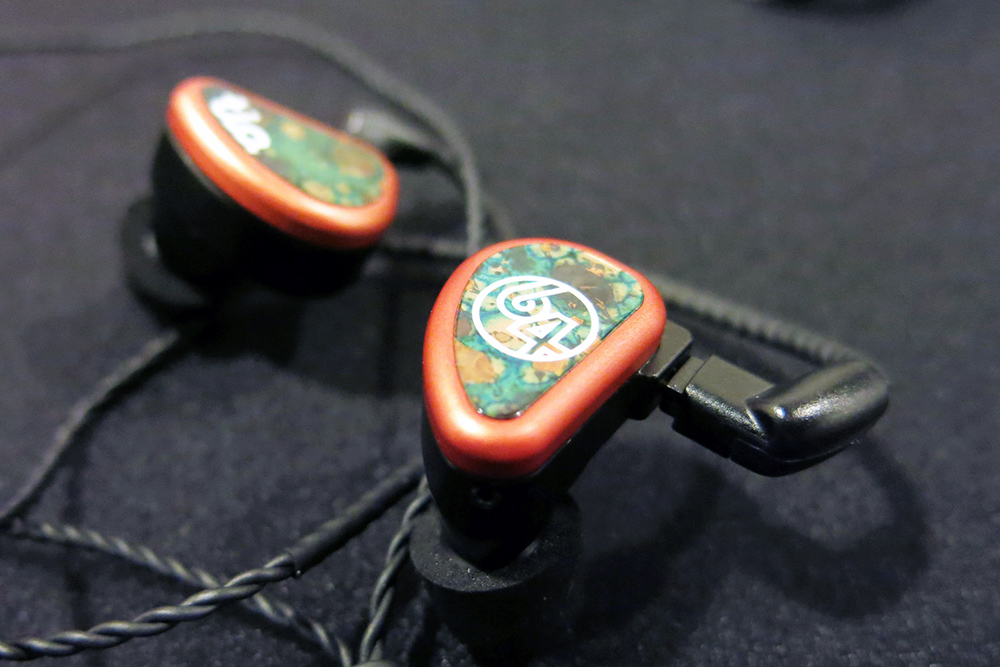 The technology behind 64 Audio’s latest earphones is called TIA, for “tubeless in-ear audio.” TIA refers to the fact that the balanced-armature driver used for treble frequencies is mounted not at the end of a tube, as in the other balanced-armature models I’ve encountered, but right up at the tip of the tube. Obviously, this eliminates the effects of the tube’s resonance on the treble, although the midrange and bass drivers vent through the same tube that holds the treble driver (and the mid-treble driver, in the case of the quad-driver model). Shown are the four-driver TIA Fourté earphones ($3599); the triple-driver TIA Trio earphones cost $2299. 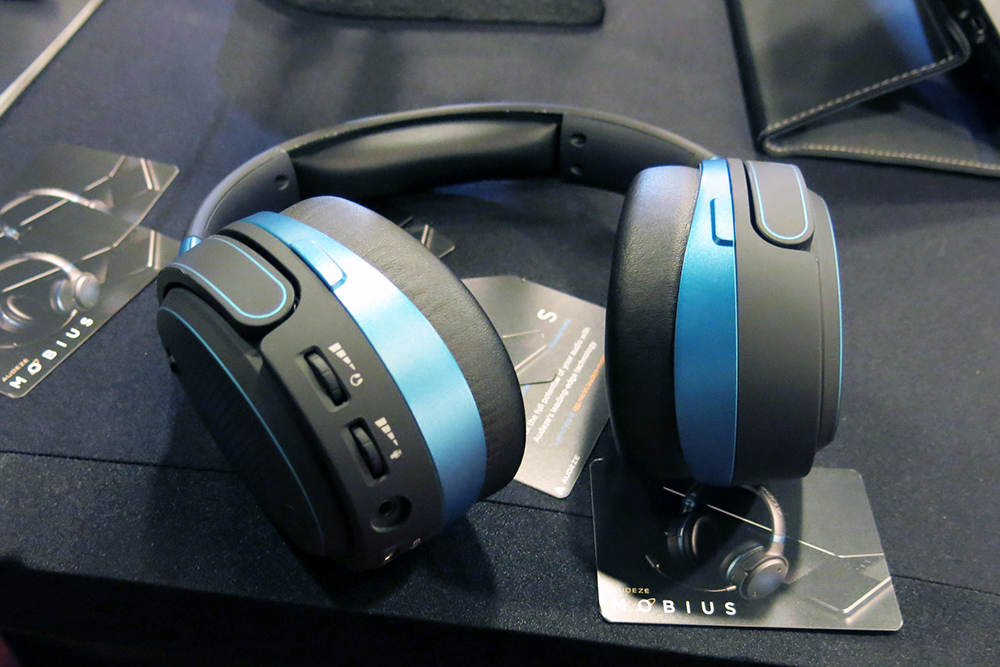 The Mobius headphones are Audeze’s first wireless model and its first gaming design. As with the models that made Audeze famous among headphone enthusiasts, the Mobiuses use planar-magnetic drivers. A USB-C connector allows charging and a direct digital audio connection that carries as many as eight channels of sound. They include an analog input and Bluetooth wireless. An internal gyroscope and accelerometer allow head tracking, so sounds stay in the same place when you turn your head (as they do in real life). A 3D audio virtualizer simulates surround sound. The Mobius headphones list for $399, but are available for another week or two for $269 on the product’s Indiegogo page. 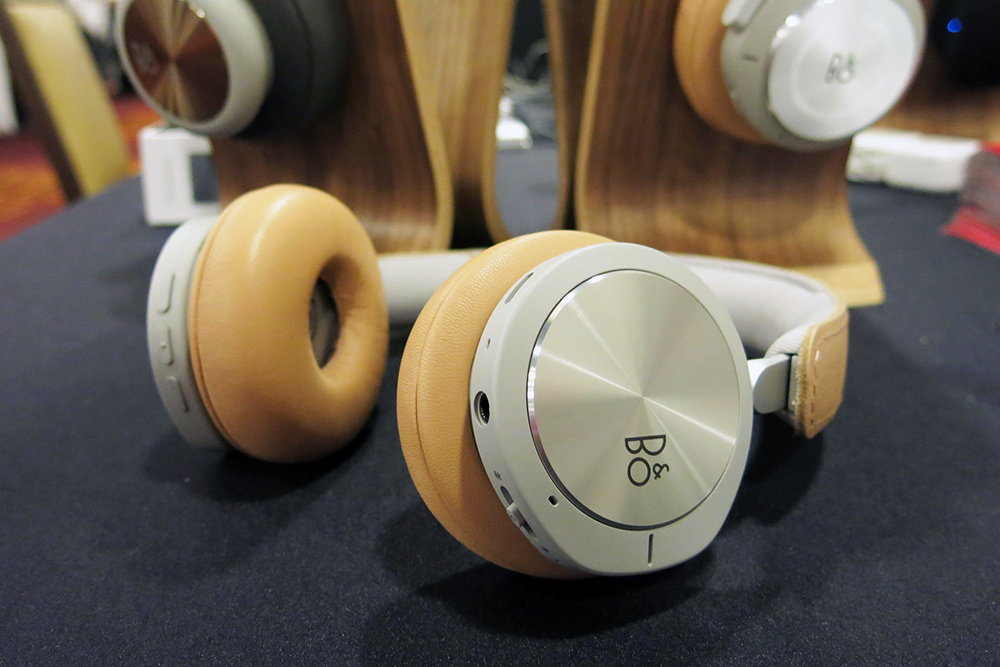 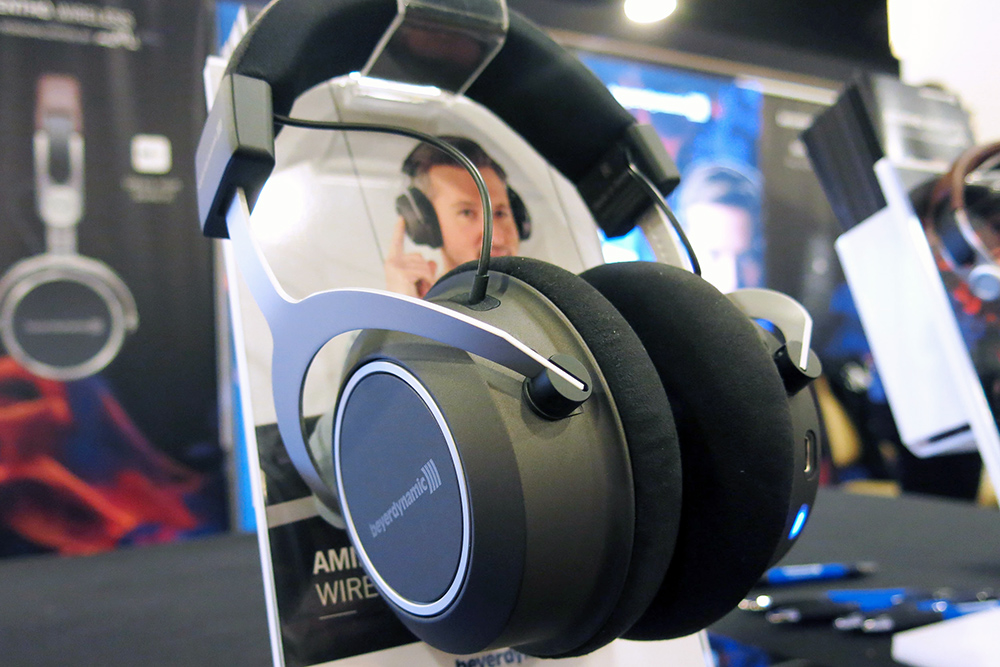 Beyerdynamic’s Amiron Wireless headphones ($799) are the Bluetooth version of the Amiron Home headphones, which I reviewed for SoundStage! Xperience in 2017. The Wirelesses work with the Mimi sound-personalization app now used for the Aventho Wireless on-ear headphones, which I am currently in the process of reviewing. The company also introduced the Aventho Wired headphones ($349), a wired, 32-ohm design with a detachable cable that includes an inline microphone/remote. 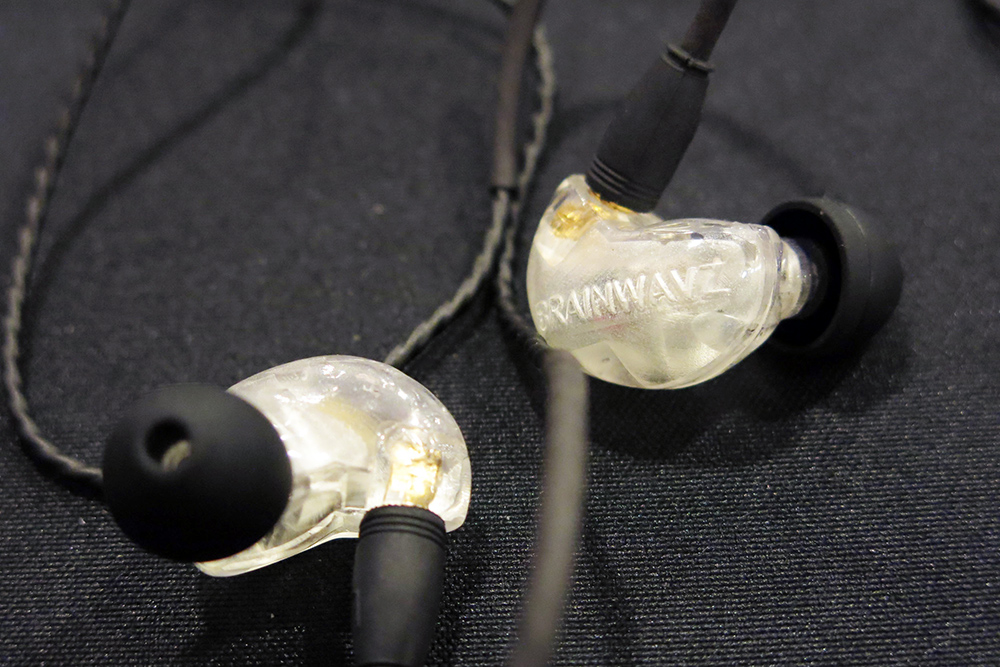 The new Brainwavz B400 earphones ($189) double up on the driver complement of the B200s I reviewed in 2017, with four balanced armatures instead of two. The B400s include two MMCX-compatible detachable cables (one of which has an inline microphone/remote), and they’re manufactured using 3D-printed earpieces. The stock earphones come with clear enclosures; red, blue, black, or “cosmic” (speckled) enclosures cost $30 extra. 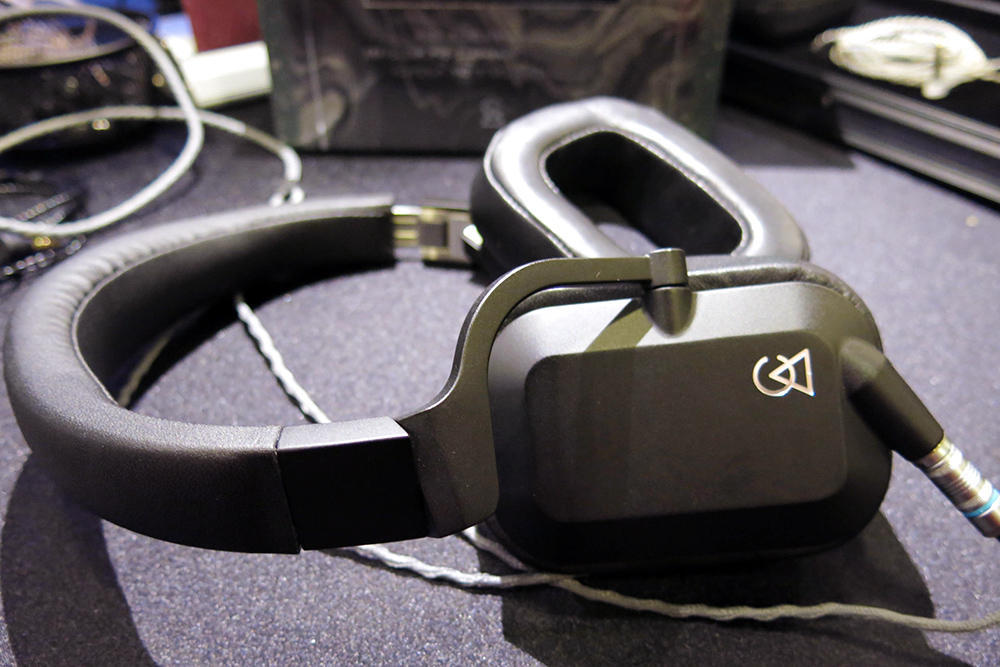 Known for audiophile-grade earphones, Campfire Audio introduced its first over-ear design, the Cascade headphones ($799), which are designed to deliver high-end performance in a portable form factor. The magnetically attached earpads come with removable acoustic dampers that let you tune the sound. The headphones are made from a combination of stainless steel and aluminum, and they use 42mm dynamic drivers coated with vapor-deposited beryllium. 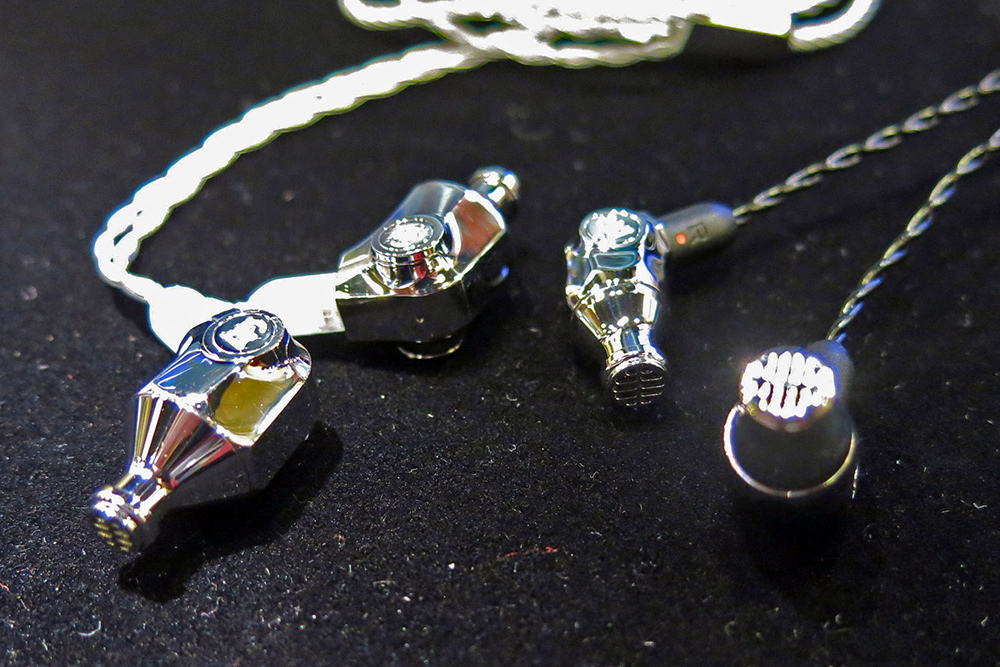 Campfire Audio also showed two new earphones, which are built using the same manufacturing technique but priced at opposite ends of the spectrum. At left is the company’s new flagship design, the Atlas earphones ($1299), which feature a single 10mm dynamic driver per earpiece, each with an amorphous diamond-like carbon (ADLC) diaphragm. At right are the Comet earphones ($199), which use a single balanced-armature driver per earpiece. Both are made from drop-forged stainless steel that is then CNC-machined into final form; this construction is said to provide better vibration damping than aluminum. (Both models are shown without the included foam and silicon eartips.) 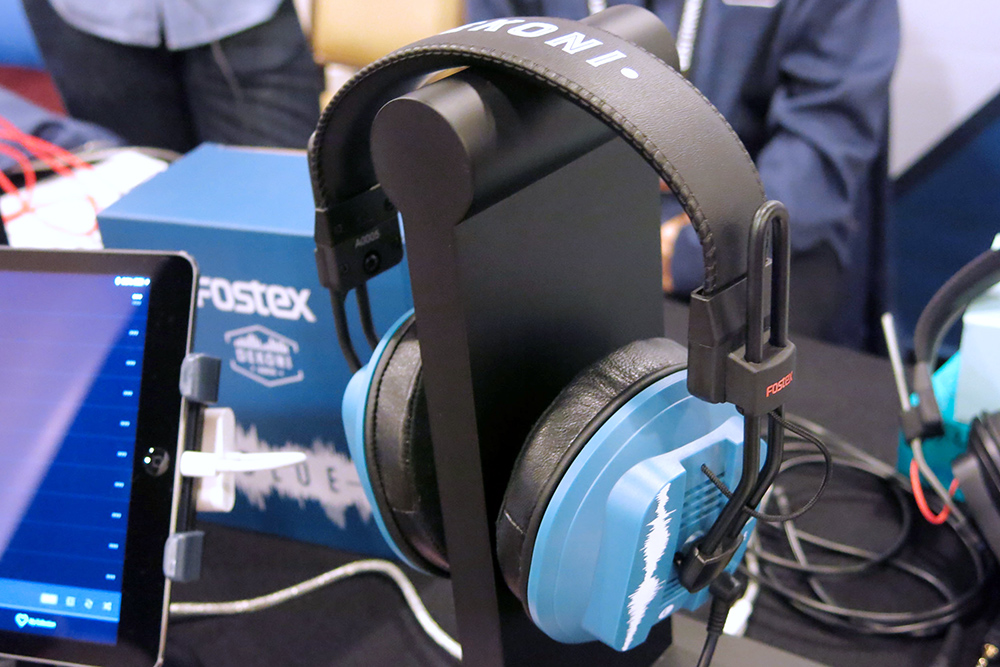 Dekoni Audio is best known for replacement headphone earpads, but now the company has launched the Blue headphones ($299 list, $249 street), its first design. Like many other audiophile companies launching their first headphones, Dekoni based the model on a Fostex professional design, in this case the T50RP Mk. III headphones. The Blue headphones are voiced for audiophile use rather than professional use, with sound that the company claims is less fatiguing and smoother all around, and with an extended bass response. The Blues also add Dekoni’s own earpads, which are made from washable memory foam.