Herewith please find my third and concluding installment from the 2022 Southern California CanJam headphone show, which ran September 17 and 18 at the Irvine Marriott in Irvine, California, south of Los Angeles. We’ve already covered earphones in our first segment and some headphones in our second segment, and now we’ll wrap up with more headphones. Companies are listed in alphabetical order, and all prices are in USD. 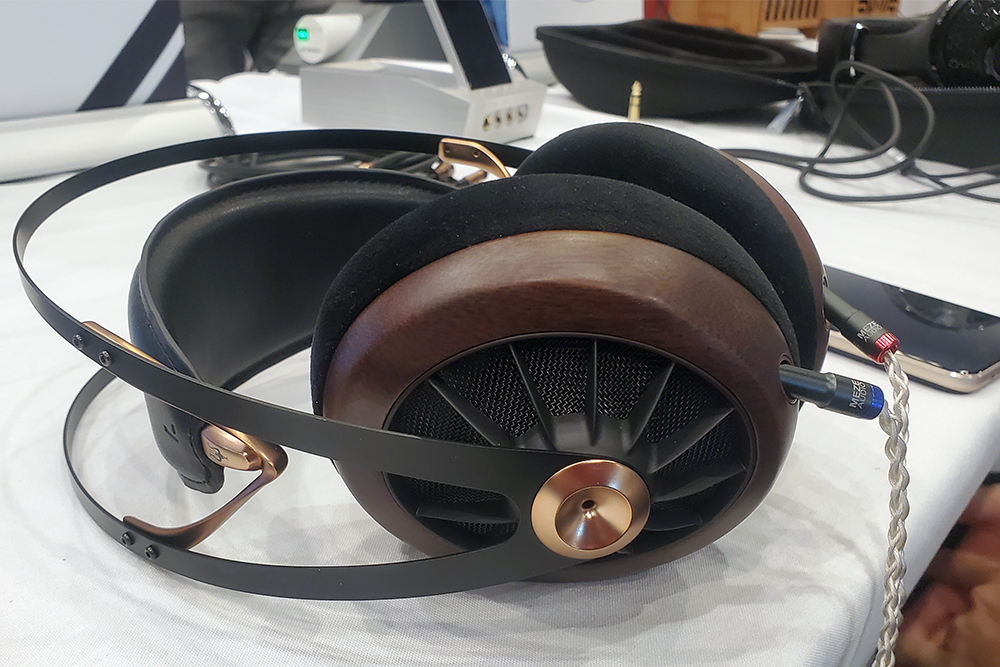 Meze’s headphone line is currently split between high-end models costing $3000-plus, and affordable models priced in the low three figures. The new 109 Pro headphones ($799) split the difference. The open-back design has a single 50mm dynamic driver per earpiece. In the next photo . . . 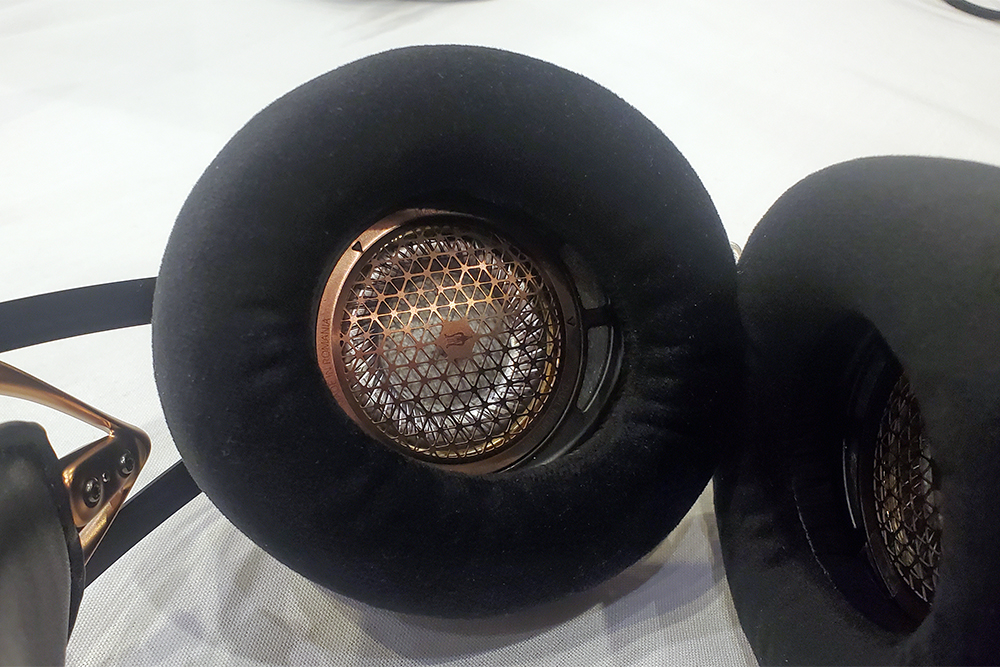 . . . you can see what the driver and grille look like. I got a brief listen and was at least initially impressed; I’m hoping to get a review sample so I can dig in deeper. 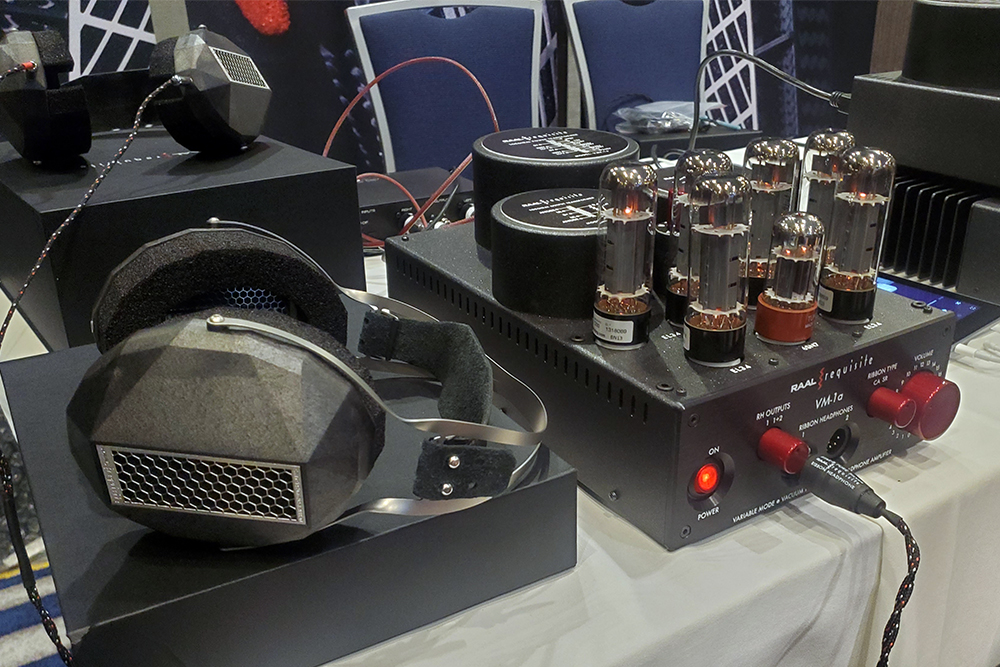 The original RAAL-requisite headphones were among the most awkward headphones I’ve seen—ribbon drivers suspended an inch or so from each ear, with no earcups. The new CA-1As ($2000) fit the same ribbon driver technology into an undeniably distinctive yet still familiar-looking set of headphones. The headphones use a 3″ ribbon instead of the original’s 4″ ribbon. The headphones come with two sets of open-cell foam pads: one that’s donut-shaped, and one with splits at the top and bottom that make it resemble a coffee bean. The enclosure is made of glass-filled polycarbonate. “You can drive a car over it—and we have,” company rep Danny McKinney told me. Because of the ribbon’s 0.2-ohm impedance, you can use a standard headphone amp only with a $500 interface box, or you can use one of the company’s amps, which are designed specifically for these headphones. Pictured is the VM-1A amplifier ($6900). 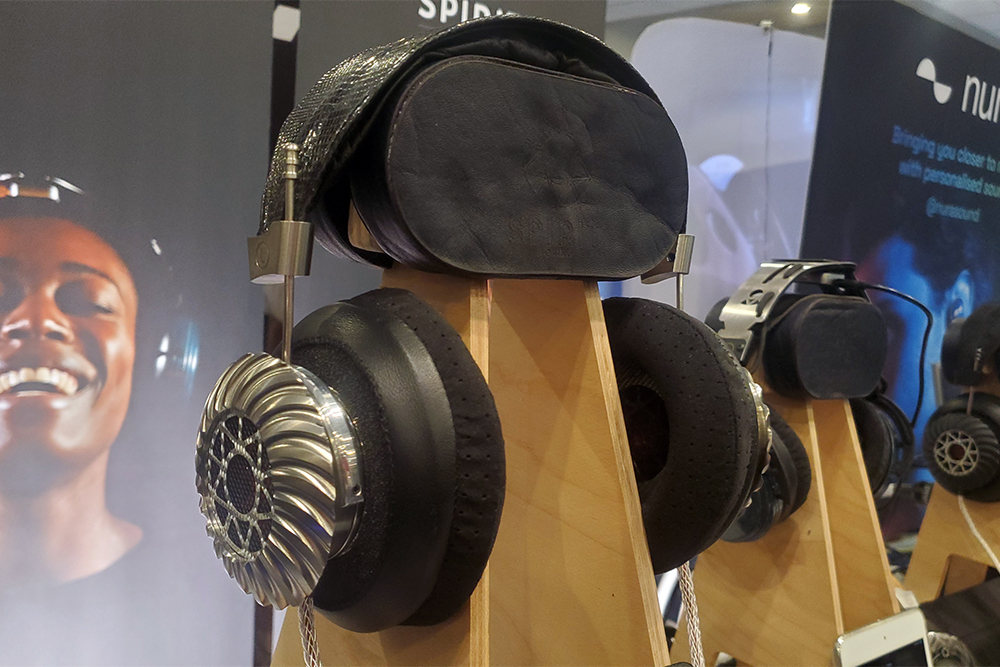 Spirit Torino is an Italian company I’ve covered briefly in past show reports, but they’re still ramping up their US presence. They certainly got a lot of notice at CanJam SoCal with the Valkyria Titanium headphones ($12,000), an open-back design (yep, made from titanium) with an isobaric driver arrangement—two drivers joined together, front to back, in a single enclosure. This arrangement, occasionally found in subwoofers, cancels distortion and increases output. At far right, you can see the “affordable” version, the Pulsar Aluminum headphones ($6000), which substitute aluminum construction for titanium but otherwise work similarly. 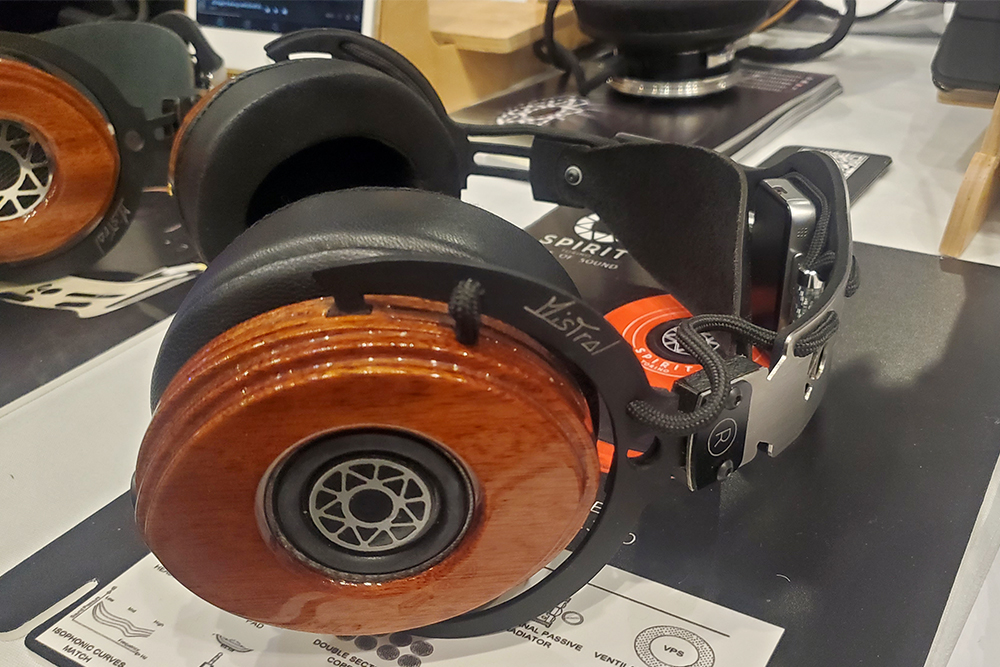 Spirit Torino also showed the Mistral Radiant Bluetooth Mahogany headphones ($1100), which have got to be the most exotic set of Bluetooth cans ever created. In each earpiece, a dynamic driver is paired with a passive radiator, which the company says smooths out the bass response. Bluetooth isn’t built in; it’s added through a Bluetooth wireless adapter / amplifier attached to the top of the metal headband. 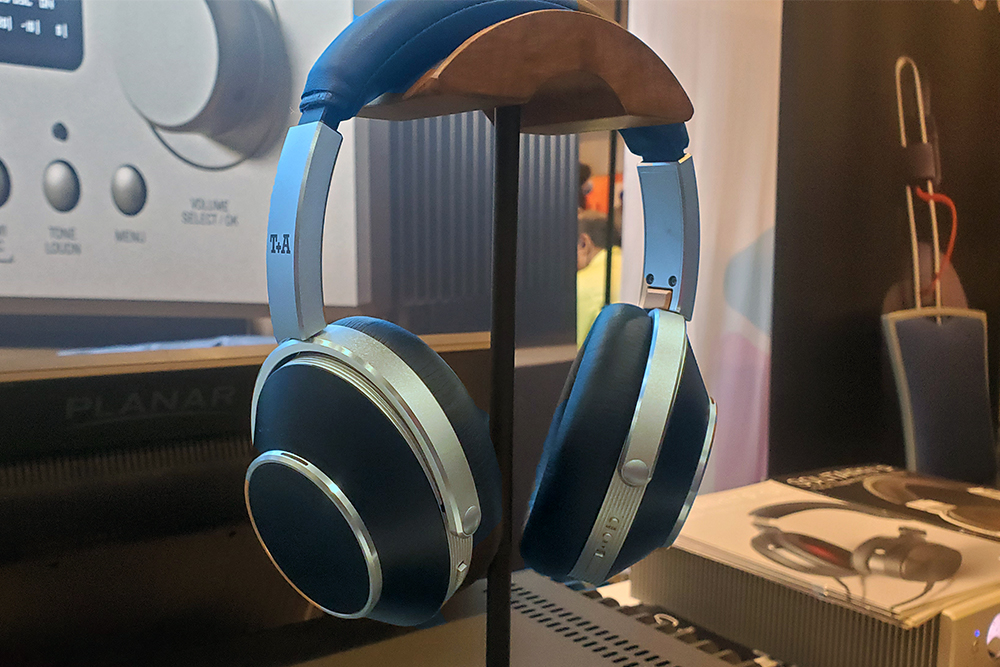 We’ve already covered T+A headphones on the SoundStage! Insight video series, but CanJam SoCal was my first chance to see and hear them. The new Solitaire T ($1600) is the company’s most affordable and mainstream model—these headphones include Bluetooth, active noise canceling, and a USB-C jack for direct digital audio input, and use conventional dynamic drivers. The company also showed . . . 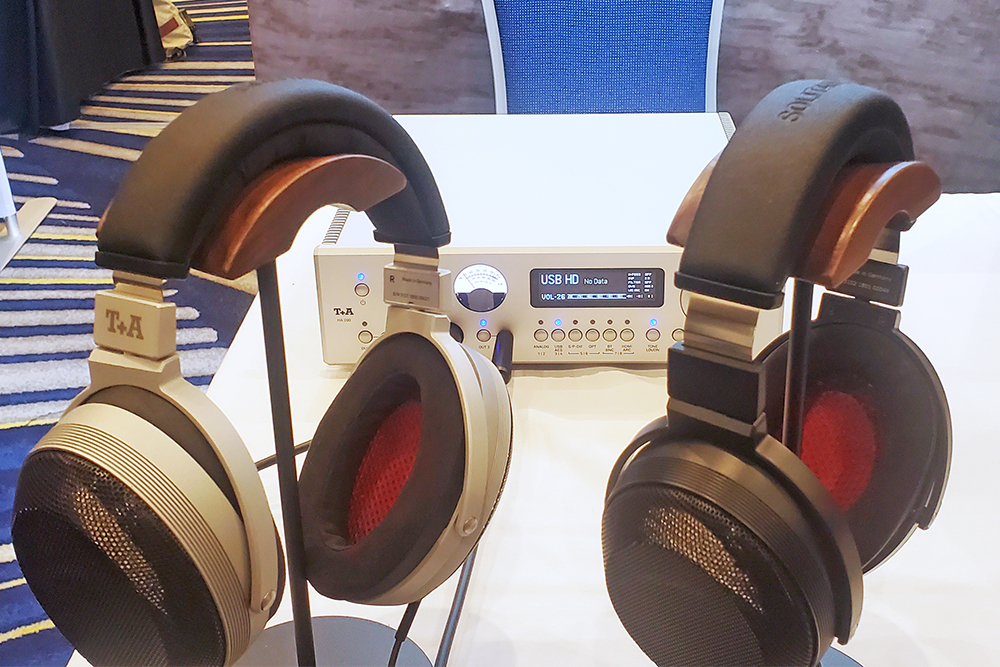 . . . its higher-end designs, the open-back Solitaire P (left, $6900) and Solitaire PSE (right, $3900) headphones, seen here in front of the company’s HA 200 headphone amp ($9650). T+A calls the driver design used in these headphones “planar-magnetostatic.” Like a planar-magnetic driver, it suspends the thin diaphragm between two magnetized grilles. But instead of attaching a wire voice coil to the diaphragm, T+A applies the voice coil in a photochemical process, kind of like the way a printed circuit board is made, which the company says makes the diaphragm lighter and more responsive.