There aren’t many mainstream audio products featured at CEDIA, but there are innumerable boutique audio products designed for custom installation -- including, of course, lots and lots of new speakers. On the first day of the show, I saw new high-end tower speakers, and new in-wall and in-ceiling speakers. There were way too many to pack into one blog post; I’m planning at least one more CEDIA 2016 post devoted to speakers, one focusing on subwoofers, plus another devoted to wireless speakers and soundbars.

Here are some of the most interesting speakers I heard while walking the CEDIA Expo. All prices in USD. 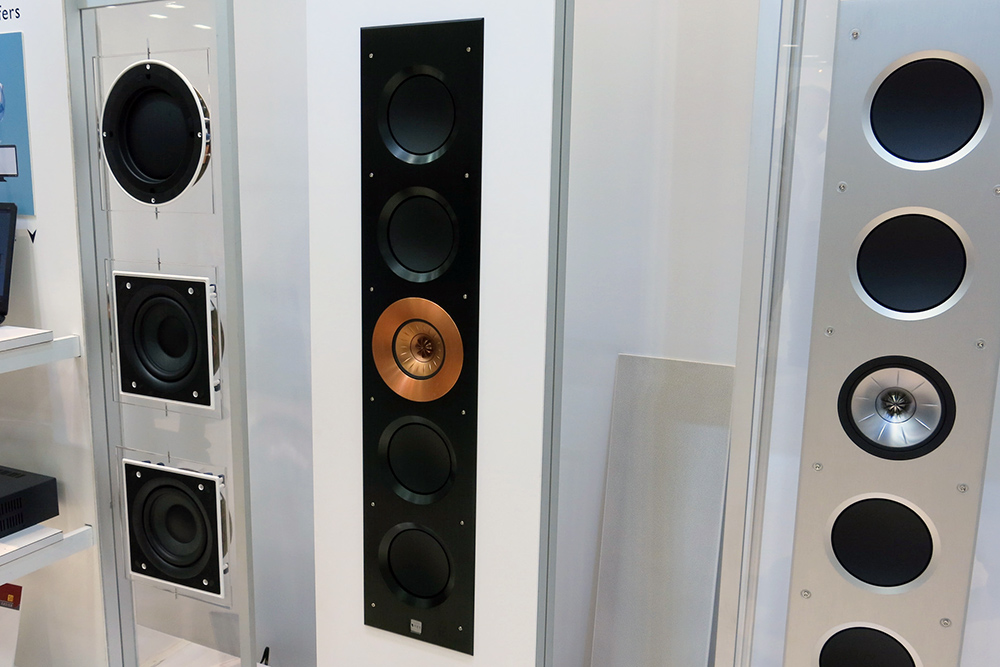 KEF’s Ci5160REF-THX is basically KEF’s Reference 5 tower speaker reworked into an in-wall form factor. It packs four 6.5” woofers, plus KEF’s trademark Uni-Q driver with a 5” midrange and 1” tweeter. The front baffle is machined from 11mm-thick aluminum, making it stiffer and more massive -- both especially good things in an in-wall speaker. The $10,000-each Ci5160REF-THX is also THX Ultra2-certified, something I can’t remember seeing in a new in-wall speaker in several years. 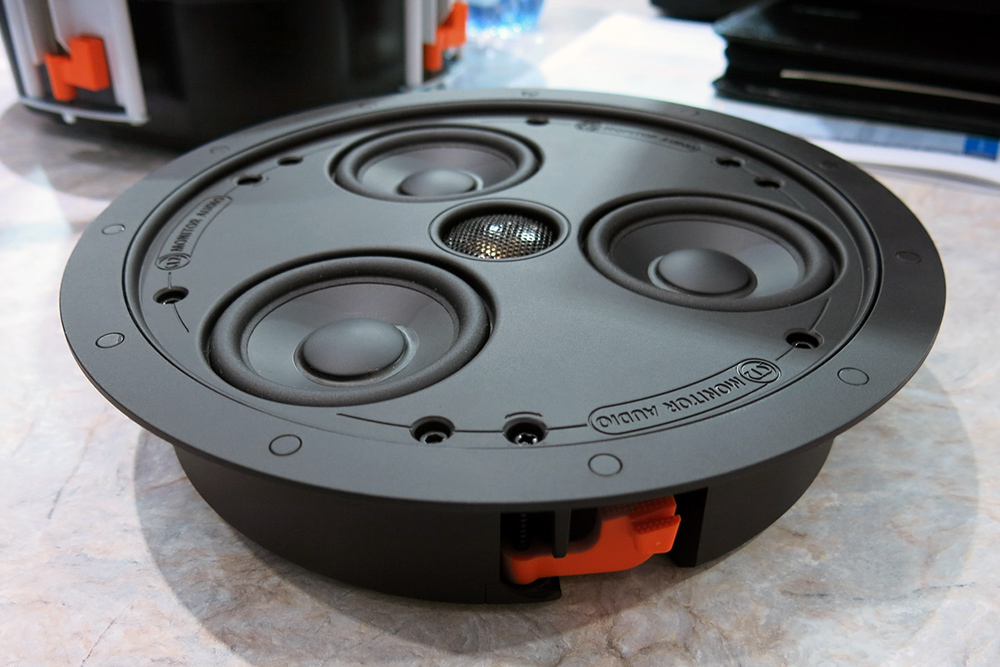 Monitor Audio’s CSS230 SuperSlim speaker is only 2” deep and goes where other in-ceiling and in-wall speakers can’t: into walls slimmer than the 2” x 4” norm, which are commonly found in high-rise apartments and in renovations where builders want to gain an extra couple of inches of floor space. The $375-each CSS230 incorporates three 3” midrange-woofers with C-CAM composite diaphragms, a 3/4” C-CAM tweeter, and a removable cover in the back that converts it to a ported design. It’s rated to 100Hz bass extension, or 85Hz in ported mode, but it must be used with a subwoofer crossover in ported mode. 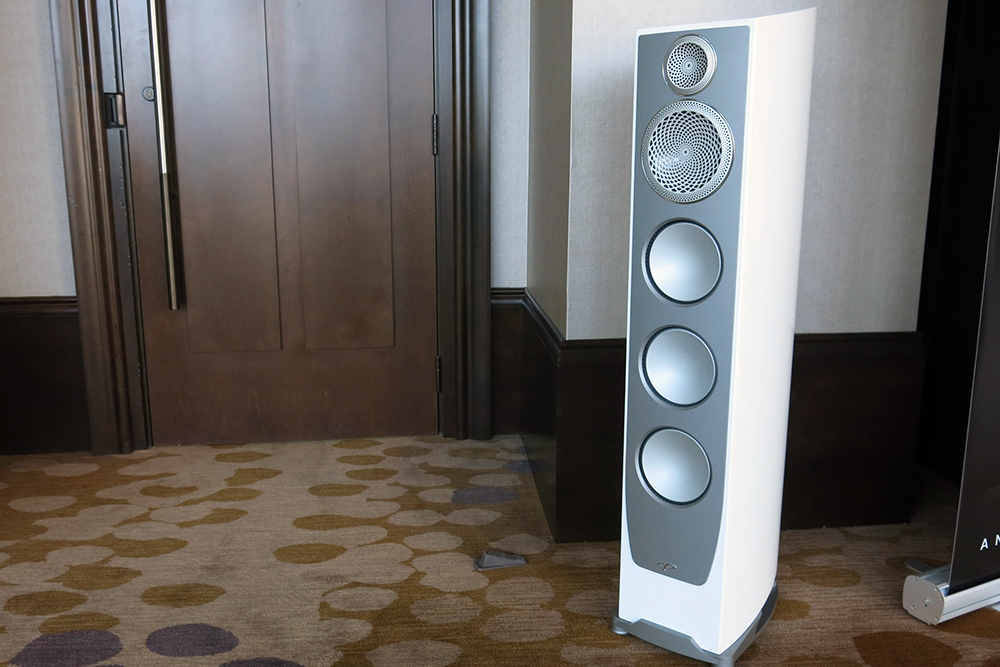 The new Persona line represents Paradigm’s most ambitious engineering effort yet. The speakers use not only beryllium tweeters but also beryllium midranges, which are rare and expensive because beryllium is brittle and difficult to shape. (It’s also extremely stiff and light, which is why it makes a great diaphragm material.) The model shown here is the $8500-each Persona 5F, which has three 7” woofers, a 7” midrange, and a 1” tweeter. The flagship model, the $17,500-each Persona 9F Flagship, incorporates four 8.5” woofers powered by an internal amplifier and with built-in Anthem Room Correction, a first for a loudspeaker. I can’t think of a lot of speakers that sound as clean, colorless, and dynamic as the Persona 9F Flagship did in the demo. 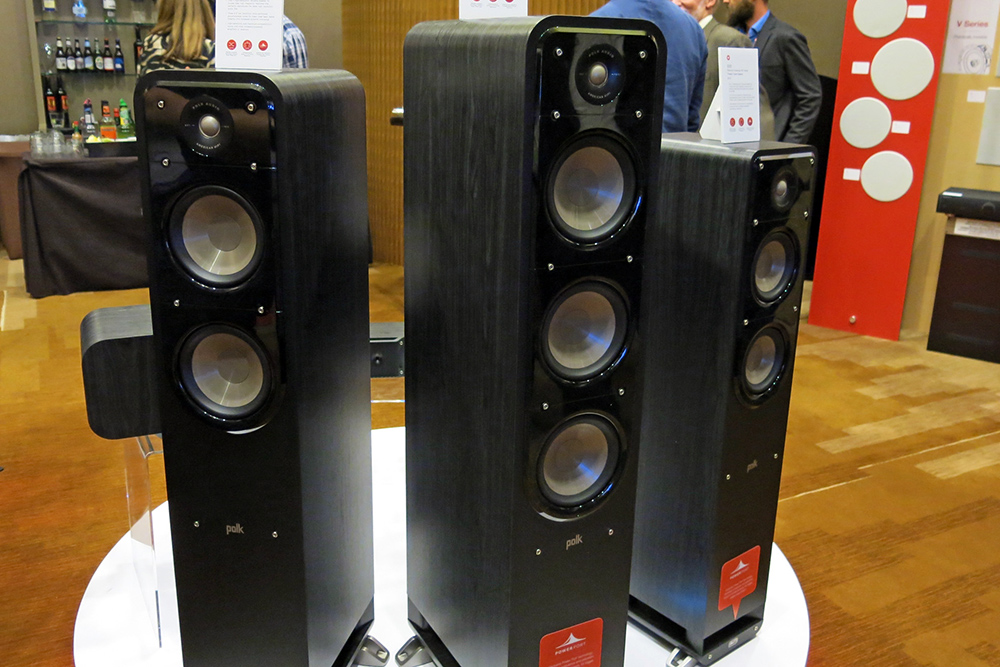 Polk Audio’s budget-priced Signature Series speakers incorporate the PowerPort, a feature common on Polk speakers for decades, and which is said to allow an extra 3dB output from the bass ports without adding port noise. The design mimics the look of a guitar, with a woodgrain finish that wraps around the curved top; a glossy baffle inspired by a guitar’s pickguard; and visibly prominent hardware intended to evoke the look of a guitar’s bridge and tuning pegs. Left to right, the three tower speakers in the line are the $329-each S55, the $449-each S60, and the $249-each S50. The line also includes three bookshelf speakers that double as surrounds, and two center speakers -- one of which, the $299 C35, is just 4” high so it can be used in front of a TV or wall-hung. 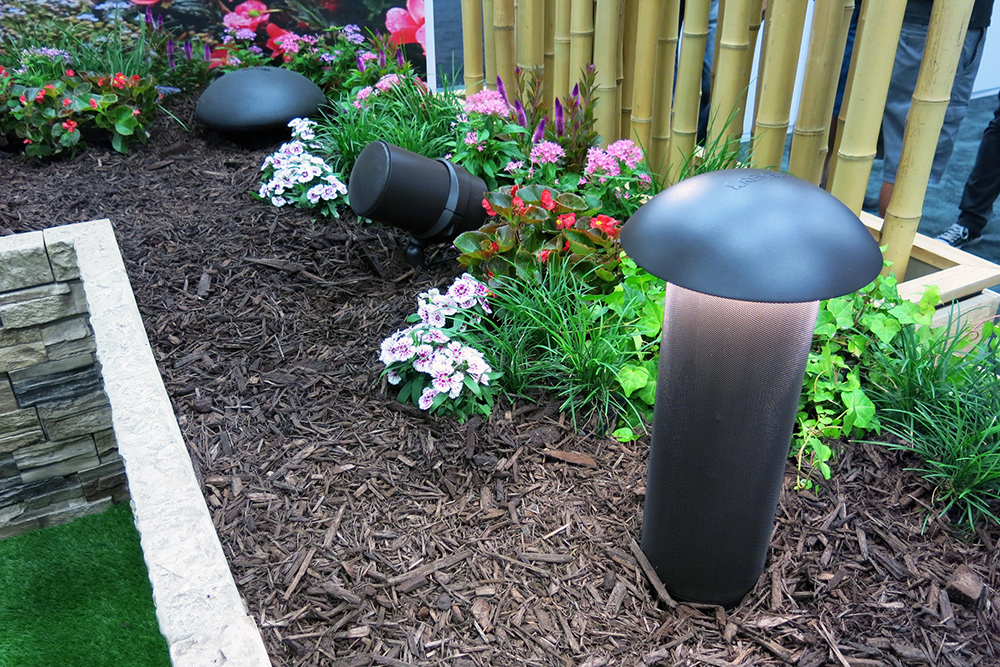 Revel is one of the most respected speaker brands in high-end audio, so seeing the company’s products half-buried in a fake garden came as something of a shock. The mushroom-shaped device in the back is the $3000 L12XC subwoofer, which has a 12” driver in an enclosure intended to be buried underground. It’s intended to be used with multiple small satellite speakers, either the $750-each L41XC (center) or the $1250-each L42XC. Both incorporate 1” tweeters. The L41XC has a single 4” woofer, while the L42XC adds a second 4” woofer and an integral low-voltage light. 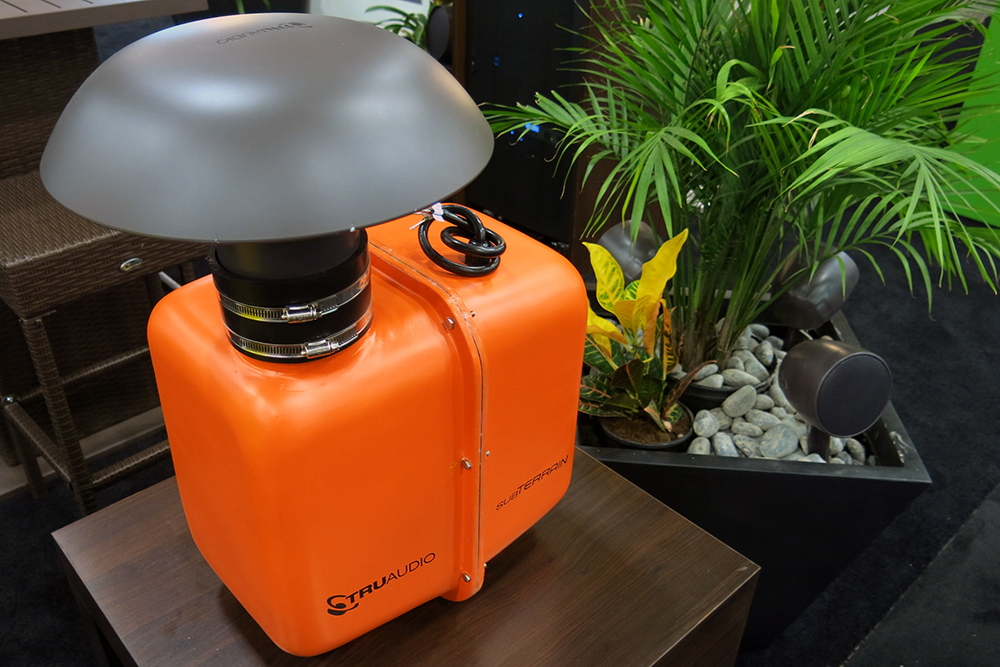 TruAudio’s ST-SUB-8 4PAK is the least-expensive landscape speaker system the company has offered, and the company’s first that uses standard 8-ohm (instead of 70-volt) inputs. The orange SubTerrain 8 bandpass subwoofer is mostly buried underground, while multiple satellite speakers (shown encircling the potted fern) each pack a 4” woofer and a 3/4” soft-dome tweeter. Most landscape speakers are quite costly, but the 4PAK costs just $2150 at retail with one sub and four satellites. The price for the 8PAK, with eight satellites, is $3298.