Most of the action in audio electronics at the CEDIA Expo involved new A/V receivers, surround processors, and multiroom audio systems. There were a few interesting stereo products launched at the Expo, though. Some incorporated a few nods toward custom installation, such as networking capability and easy interfacing with multiroom gear, but all will work fine if your system has just two speakers and you play only music. Here are the new two-channel audio products I found at the CEDIA Expo, all priced in USD. 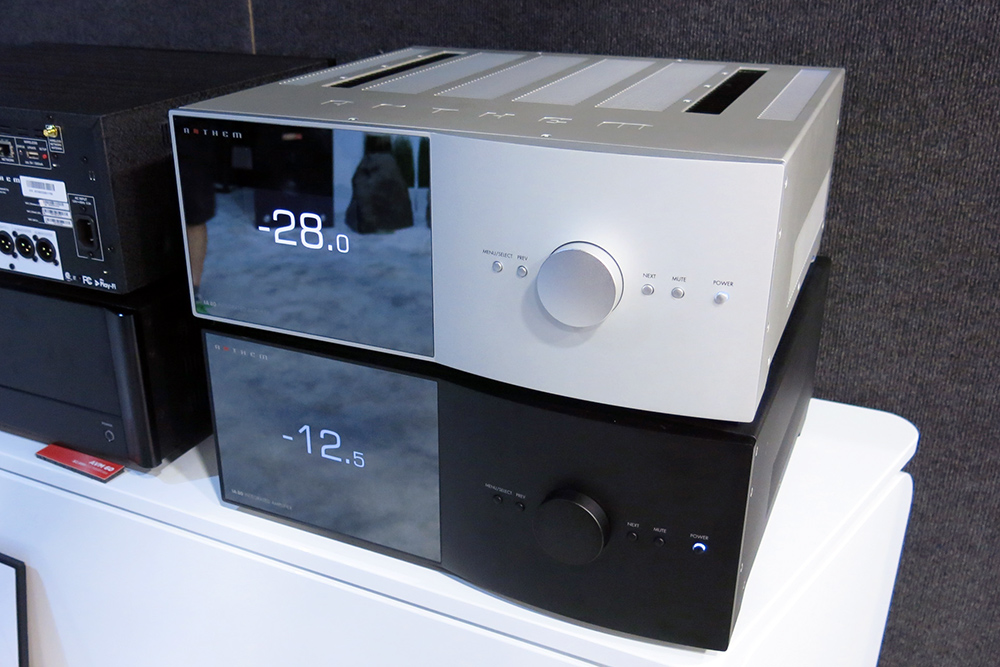 Anthem’s new STR integrated amp incorporates a feature common in A/V receivers but rare in stereo electronics: auto room EQ. The company’s ARC (Anthem Room Correction) technology is built right in, along with USB, XLR, RCA, and TosLink digital inputs. It also has analog inputs, including a phono stage compatible with MM and MC cartridges. It’s rated at 225Wpc into 8 ohms and will retail for $4499 when it launches early next year. 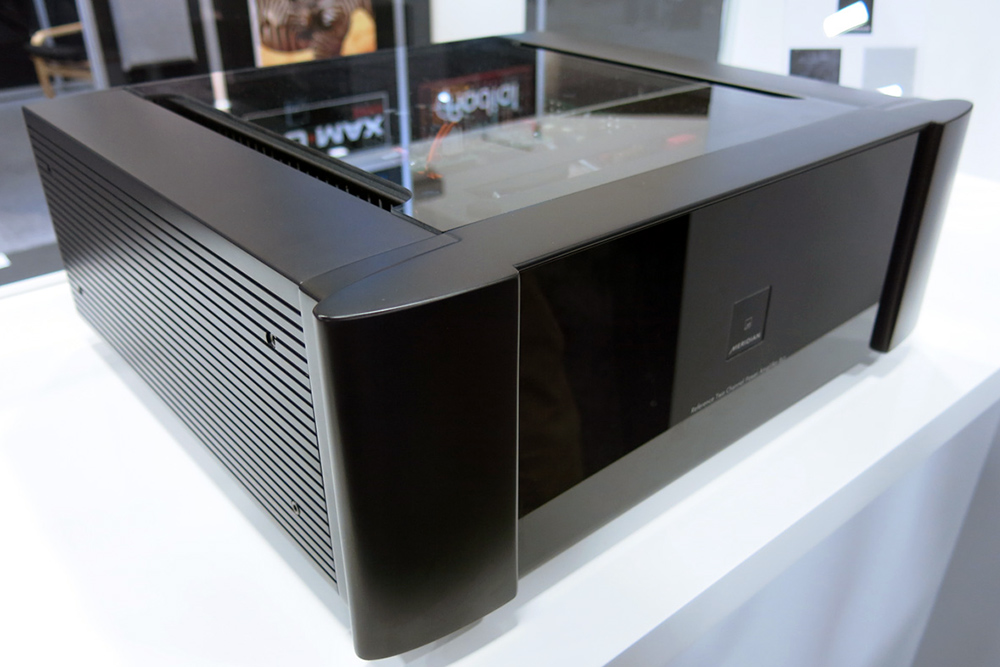 “I’m surprised when you guys make something normal,” I said when I saw the 857 Reference, Meridian’s new stereo power amp. “Exactly!” replied Meridian director of marketing Rayner Sheridan, who explained that despite the company’s reputation for closed systems, it’s starting to build more products compatible with the rest of the audio world. The $10,000 857 Reference is rated at 500Wpc into 8 ohms, drawing on a large toroidal transformer and a total of 80,000µF of storage capacitance. Surprisingly, the connections on the back are the same as on any other traditional class-AB amp. 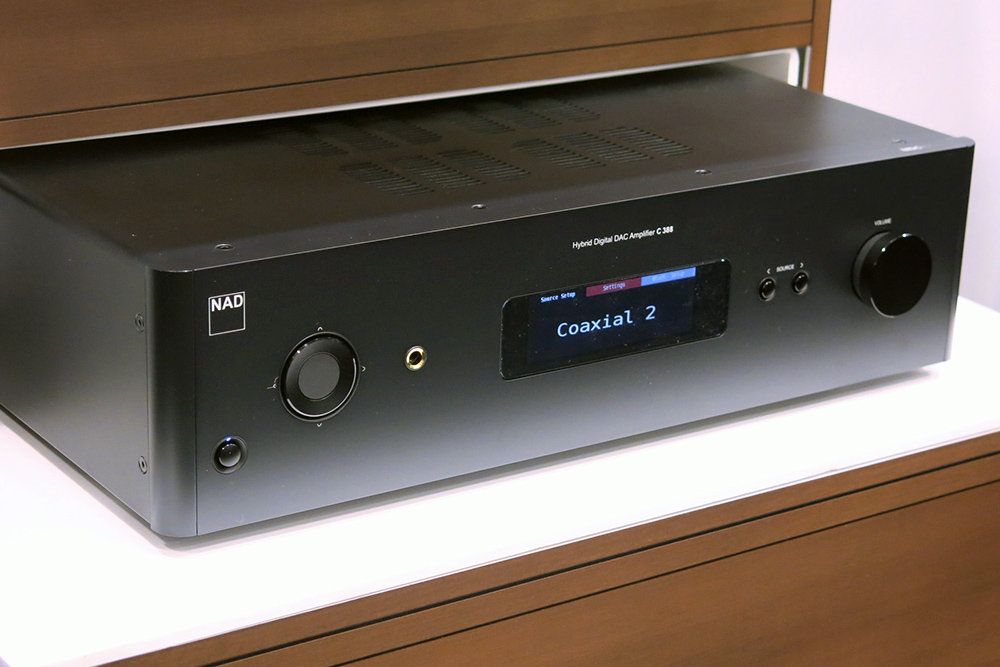 Lenbrook, parent company of NAD and PSB, and creators of the Bluesound networked multiroom audio system, is starting to incorporate BluOS -- the Bluesound operating system -- into NAD products so they can be combined with Bluesound wireless speakers and networked amplifiers and preamps. The latest NAD products to offer Bluesound as an option are two C-series stereo integrated amplifiers. Top of the line is the $1599 C 388 shown here, rated at 150Wpc and equipped with a phono stage, Bluetooth, coax and optical digital inputs, and analog inputs. Its modular design allows capabilities such as BluOS and HDMI input to be added. 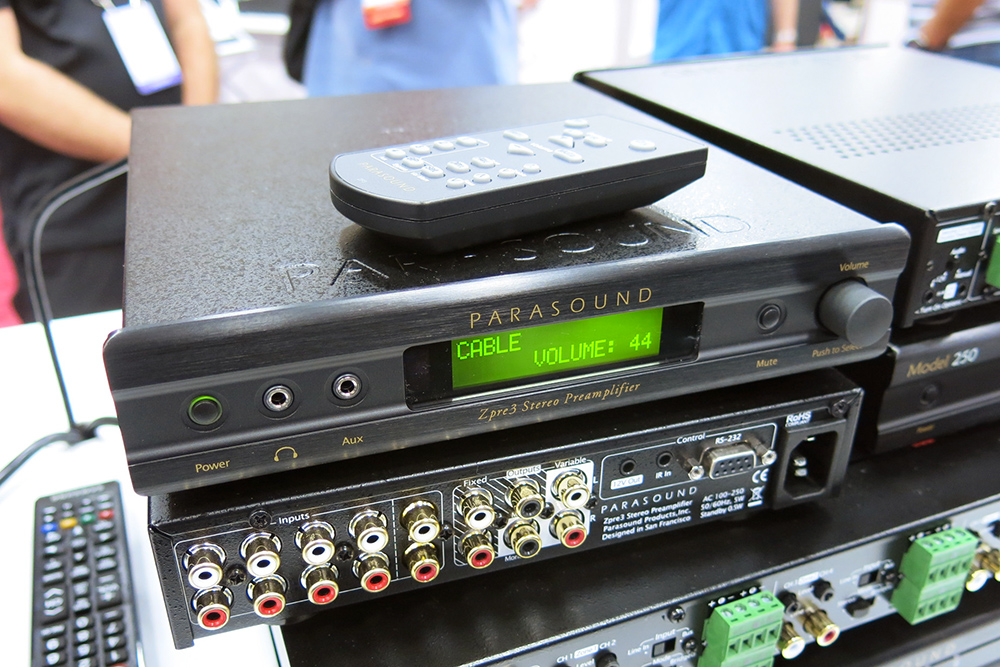 Parasound’s $449 Zpre3 is a new stereo preamp in the company’s tiny but practical Z-series component line. “We designed it for both!” company founder Richard Schramm responded when I asked whether the Zpre3 was aimed at enthusiasts or installers. It has four rear stereo inputs, a front 3.5mm stereo input, a headphone jack, fixed- and variable-level stereo outputs, and fixed- and variable-level mono outputs. It also includes an internal library of input/component names that can appear on the front display, and lets the user set a default power-on volume setting plus a favorite volume setting. 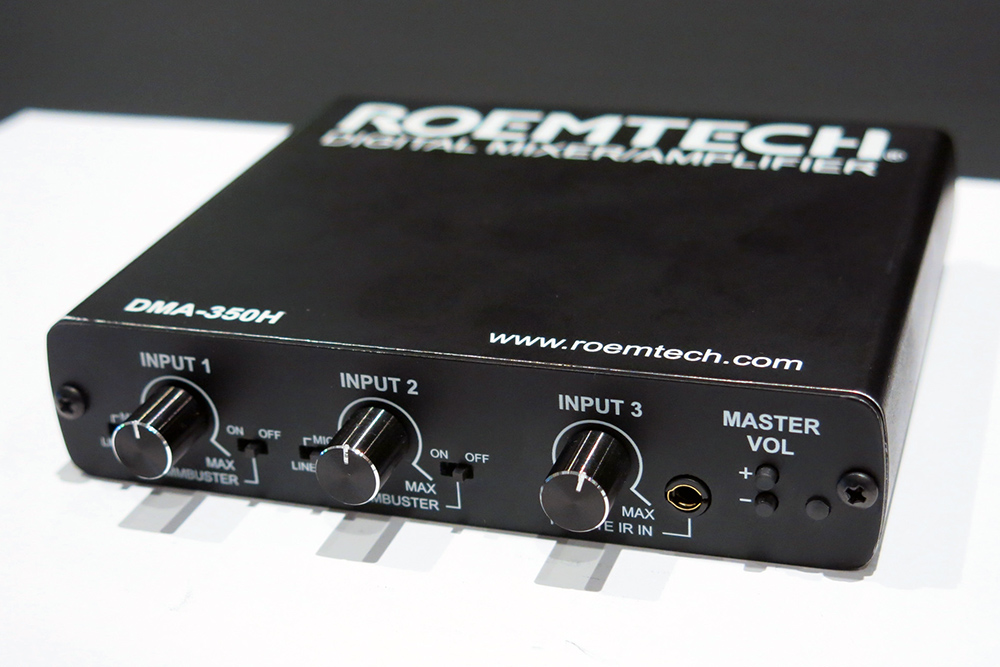 The Roemtech DMA-350H stereo amplifier ($399) is designed to fit behind a flat-panel TV, or anywhere else you need a decent amount of audio power in a small space. It’s rated at 55Wpc, and includes two analog stereo inputs and a coaxial digital input. Knobs on the front allow the three signals to be mixed any way you like. There’s a subwoofer output on the back, and the DMA-350H can learn volume up/down commands from a TV remote control. 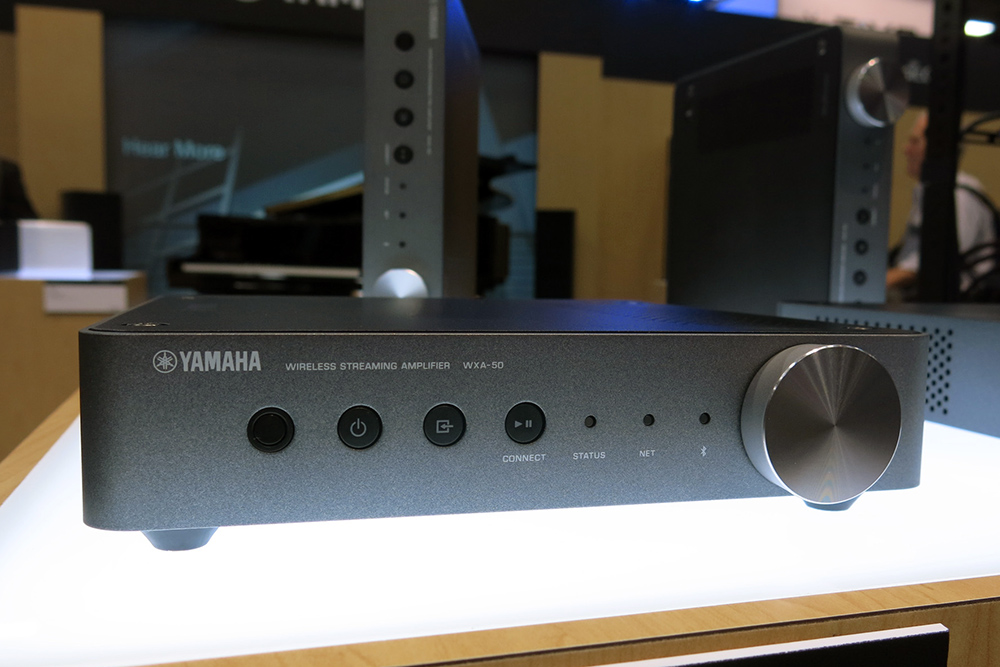 Yamaha’s $499 WXA-50DS is a 55Wpc integrated amp designed to serve as a hyper-versatile entertainment center. It incorporates Yamaha’s MusicCast networked multiroom audio capability, AirPlay and DLNA, vTuner Internet Radio, and a DSD/PCM-capable DAC with optical and USB inputs. You can use just one, but Yamaha showed a rack of eight WXA-50DS amps set up to drive an eight-zone multiroom system.