Unlike most consumer hi-fi shows, the 2019 CEDIA Expo tradeshow, which took place at the Colorado Convention Center in Denver last week, always features lots of new soundbars and subwoofers. Few audiophiles consider these components essential for music listening, but most of them are designed to sound as good with music as they do with movies, so they’re worth consideration -- especially in rooms where you don’t want the audio gear to be the focus of your decor. All prices in USD. 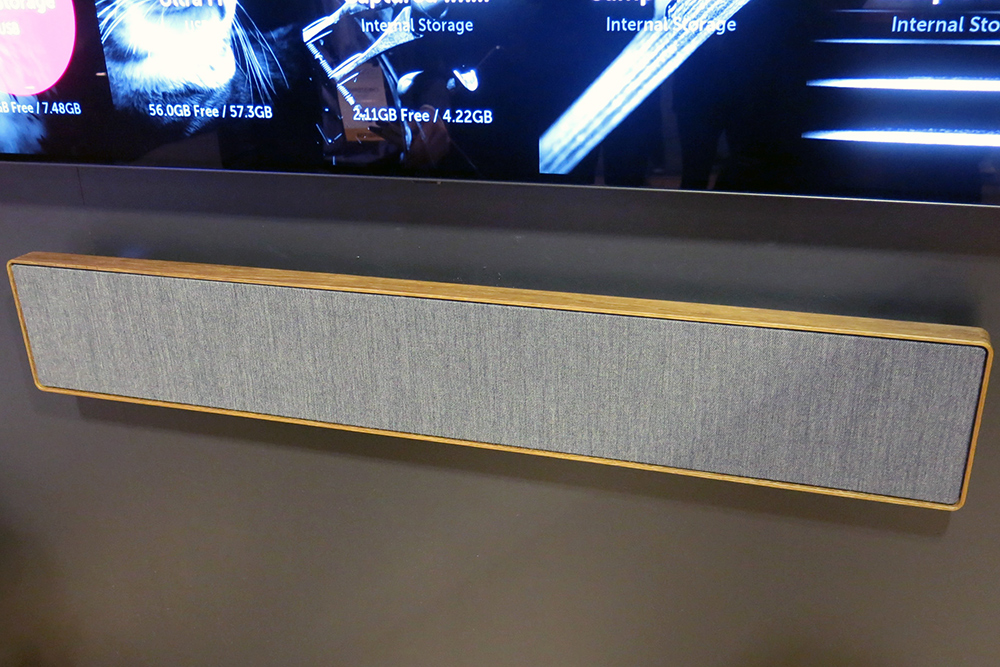 Bang & Olufsen’s Beosound Stage is a full entertainment system rather than just a soundbar, with Google Cast and Apple AirPlay 2 built in, plus HDMI eARC, TosLink optical, and 3.5mm analog inputs. It incorporates Dolby Atmos immersive sound technology, with upfiring drivers to create a sense of height. With a total of 11 drivers, each powered by its own amp, the Beosound Stage packs a lot of tech into a slim enclosure. You can also sit it down flat on a table in front of the TV, and it’ll automatically detect its positioning and compensate sonically. The price is $2600 with the wood frame shown here, or $1750 with an aluminum frame. 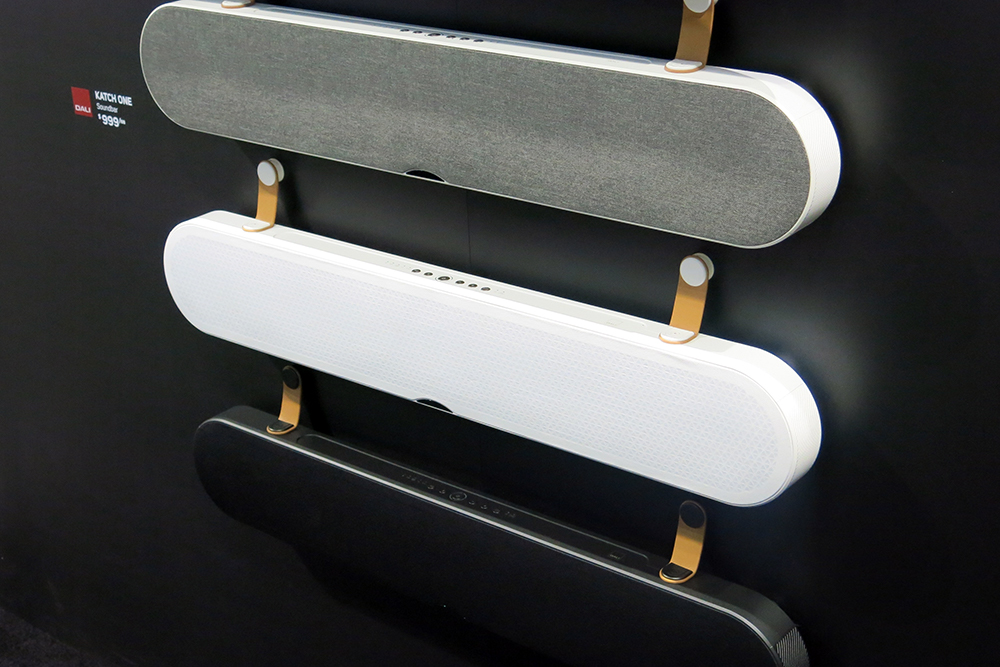 Danish loudspeaker company DALI’s Katch One soundbar ($999) gets the award for “product at the CEDIA Expo that I’d most like to have right at this very minute.” Each Katch One packs four 3.5" midrange-woofers, four 4.5" passive radiators, two 1" tweeters, and four 50W amplifiers. The leather straps not only support the soundbar when it’s wall-mounted, but they also conceal the cables coming down from your TV set. It has HDMI, two TosLink optical, and analog inputs, as well as a subwoofer output. 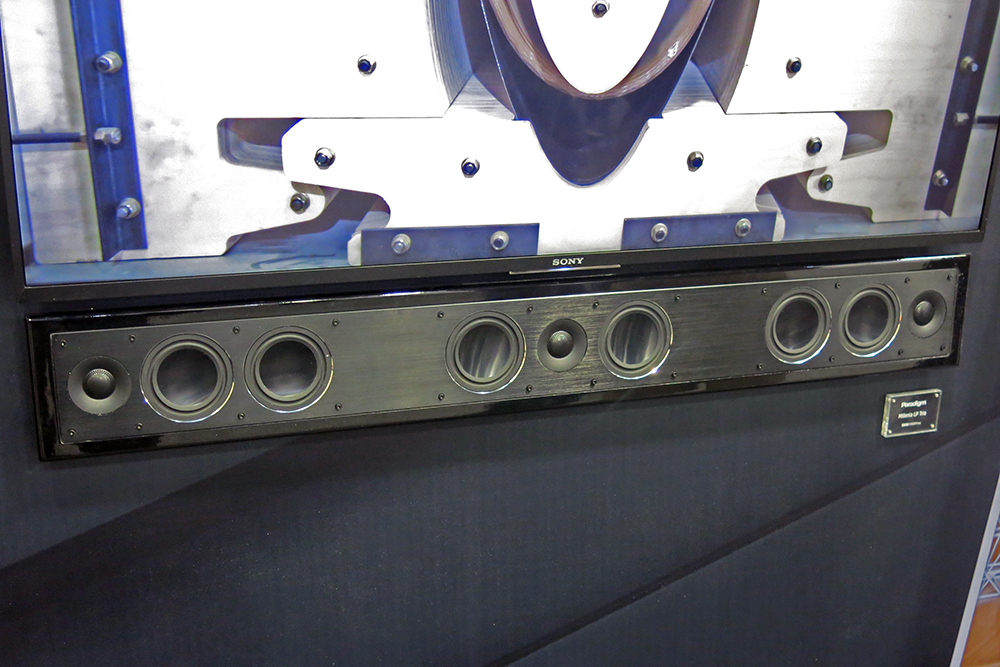 Paradigm’s new Millenia LD Trio ($999) is a passive three-channel soundbar intended to be used with an AV receiver, a couple of surround speakers, and a subwoofer. The left, center, and right channels all have two 4.5" midrange-woofers and a 1" tweeter. A magnetically attached grille is included, and at just 2" in depth when mounted, the Millenia LD Trio should look good under any flat-panel TV. 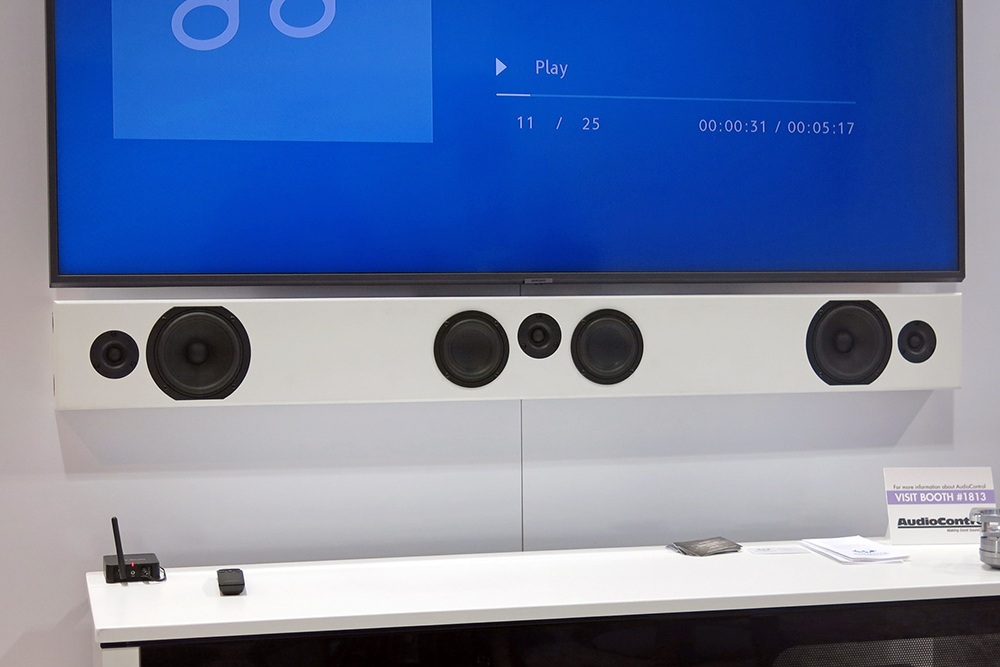 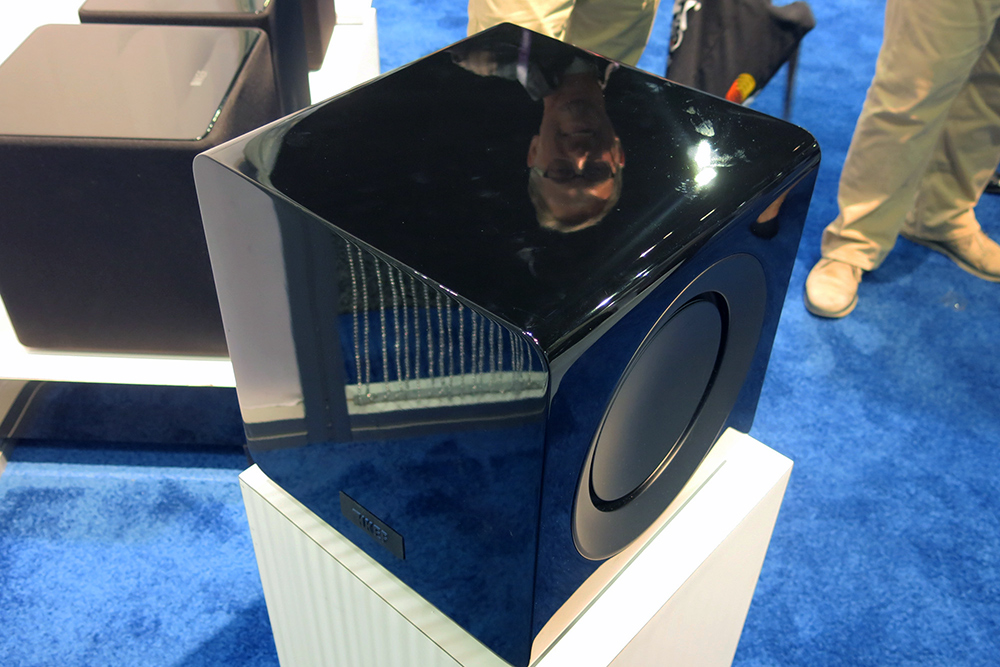 Now on to subwoofers . . . KEF’s KF92 ($1999) was probably the most advanced new subwoofer shown at the CEDIA Expo. It has two 9" drivers, bolted together in back so they cancel each other’s vibration, each powered by its own 500W RMS amp. The KF92 has a five-position EQ switch that optimizes its response for different positions in a room. The internal DSP incorporates an algorithm KEF calls IBX, which combines compression and limiting in a way said to maximize the subwoofer’s output without stressing the drivers or amps, and without producing audible artifacts. A special “apartment mode” applies heavier compression and also rolls off bass below about 30Hz -- because while such long wavelengths might go unheard in a small apartment, they might be heard in the apartment two or three doors down. The KF92 also features adjustable high-pass filtering for its outputs -- great for stereo preamps and integrated amps that lack a subwoofer crossover. 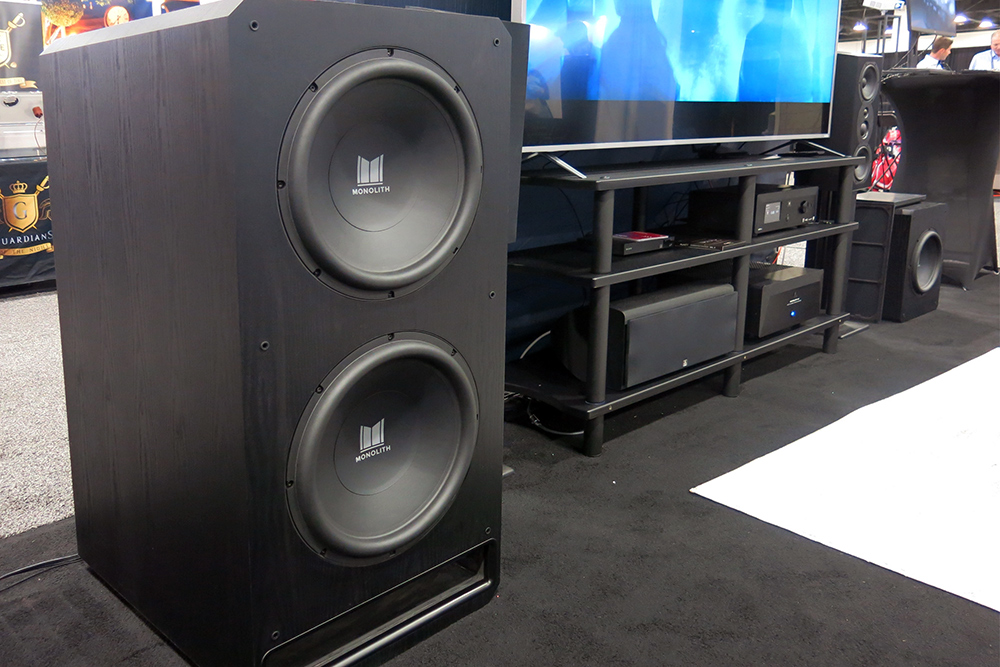 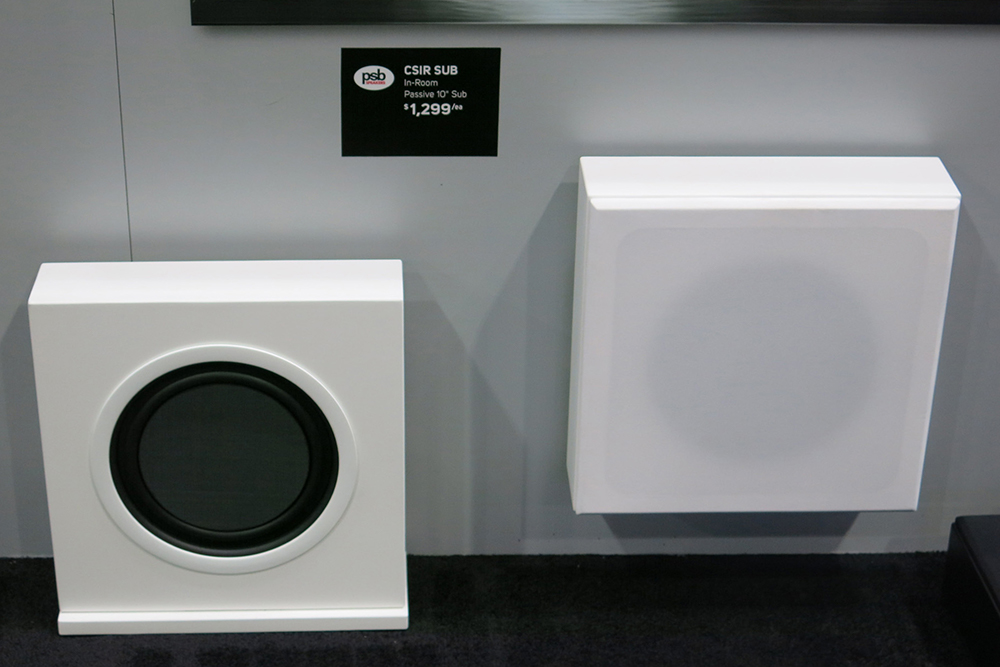 PSB’s CSIR SUB ($1299) is a 10" passive sub that can be installed in three different ways: standing upright (seen at left), attached to a wall (at right), or sitting flat under a couch or table. To power it, PSB offers the CS 500W amp ($1199), a 500W 1U rack-mount amp that can power one or two CSIR SUBs and also has onboard DSP optimization for all passive PSB subwoofer models.