Even though high-end audio seems to be vanishing from CES, I did find a handful of audiophile-oriented headphones at the 2017 show. It’s worth noting that most of these were on display in the Las Vegas Convention Center, not at the high-end exhibits at the Venetian. Here are the models I found, along with a couple of interesting headphone electronics products I heard. All prices in USD. 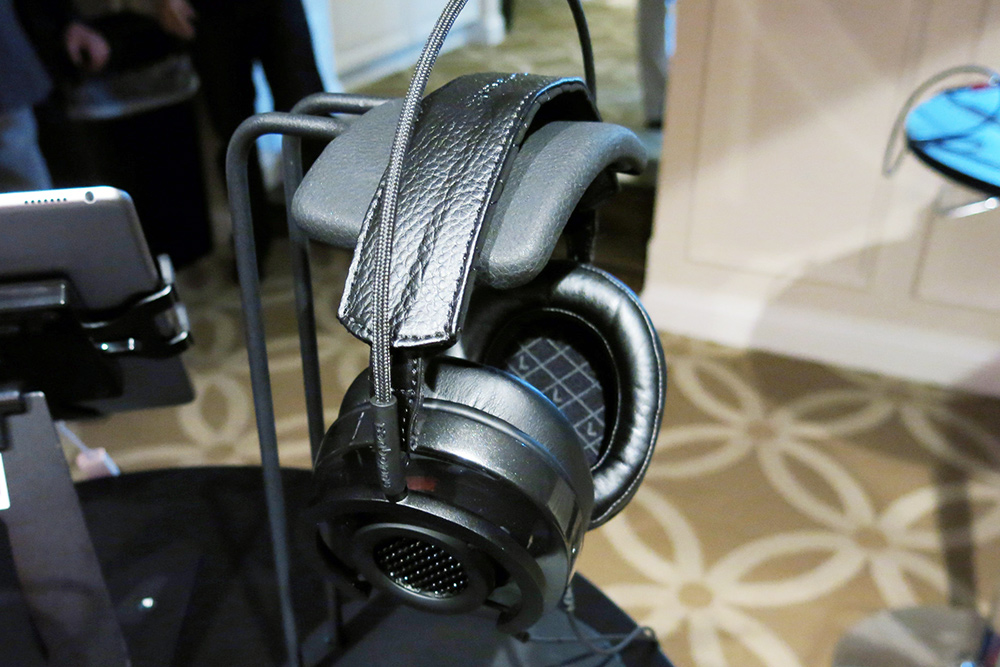 I would argue that AudioQuest’s NightOwl Carbons and NightHawk Carbons (shown above) were the most anticipated headphone introductions at CES. Both build on the original NightHawks, which featured a controversial tuning that inspired many audiophiles to embrace them as the first headphones they could stand to listen to. Both headphones are priced at $599, and both feature a black automotive paint finish that inspired the Carbon name. The NightHawk Carbons are acoustically the same as the original NightHawks, but now they come with two sets of earpads. The pads of one set use the same ultrasuede covering as the original, while the other pads, dubbed the “boost” pads, have a protein leather covering that’s less porous and thus boosts treble and upper midrange by 1 to 2dB, according to designer Skylar Gray. The NightOwl Carbons are a closed-back version that Gray tuned to match the NightHawks as closely as possible. 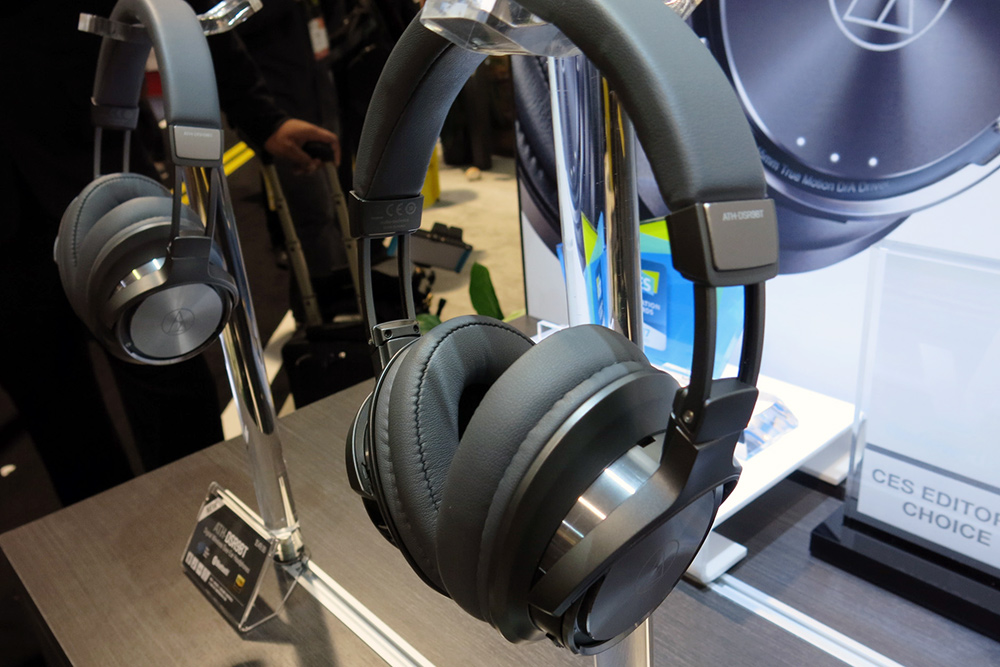 Audio-Technica’s $549 ATH-DSR9BTs represent an attempt to get audiophile-grade sound from Bluetooth headphones. The ATH-DSR9BTs employ Trigence Semiconductor’s Pure Digital Sound technology, which is similar to what’s used in many hi-fi products in that it keeps digitally sourced signals (e.g., Bluetooth) in the digital domain until they hit the speaker driver. Signals travel from the Bluetooth receiver, through digital signal processing, and into a class-D amplifier. The ATH-DSR9BTs use a high-efficiency driver with four voice coils; the $299 ATH-DSR7BTs are similar but with a conventional driver. 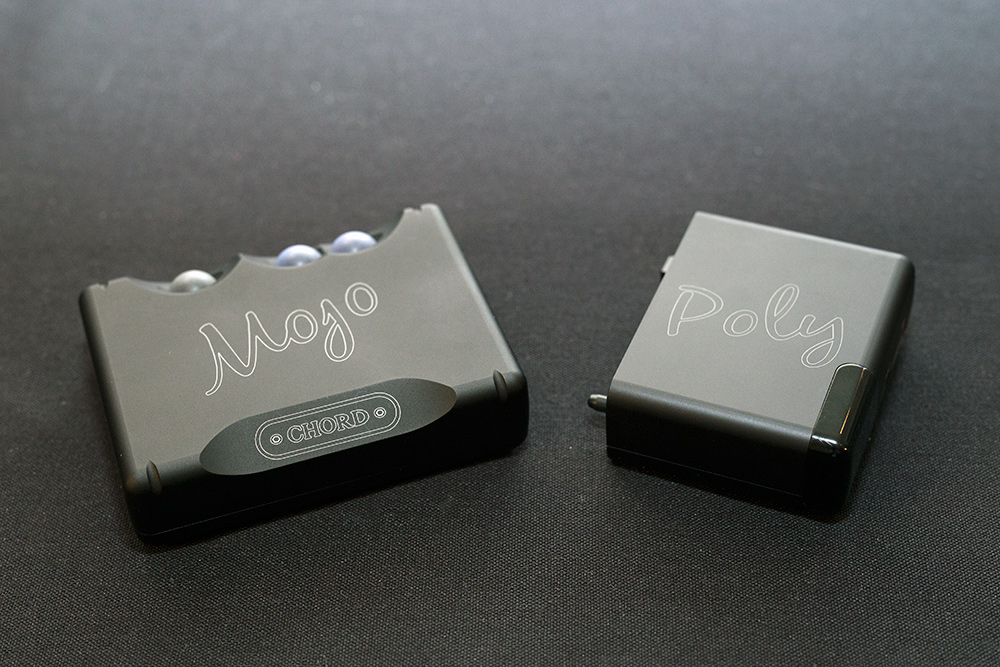 Chord’s $599 Poly turns the company’s Mojo portable headphone amp into a complete entertainment system. The Poly includes Wi-Fi and Bluetooth capability, and can stream through AirPlay or DLNA, or play music from its own SD card. You control it through smartphone or computer apps such as MPaD. Chord also includes a . . . 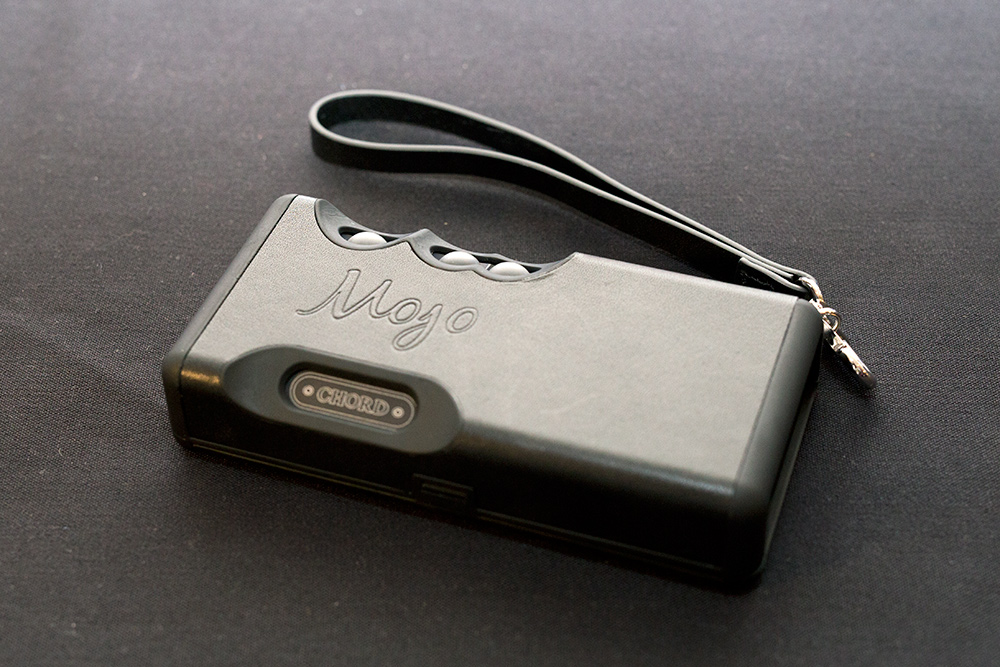 . . . form-fitting case that fits both the Poly and Mojo when they’re connected together. 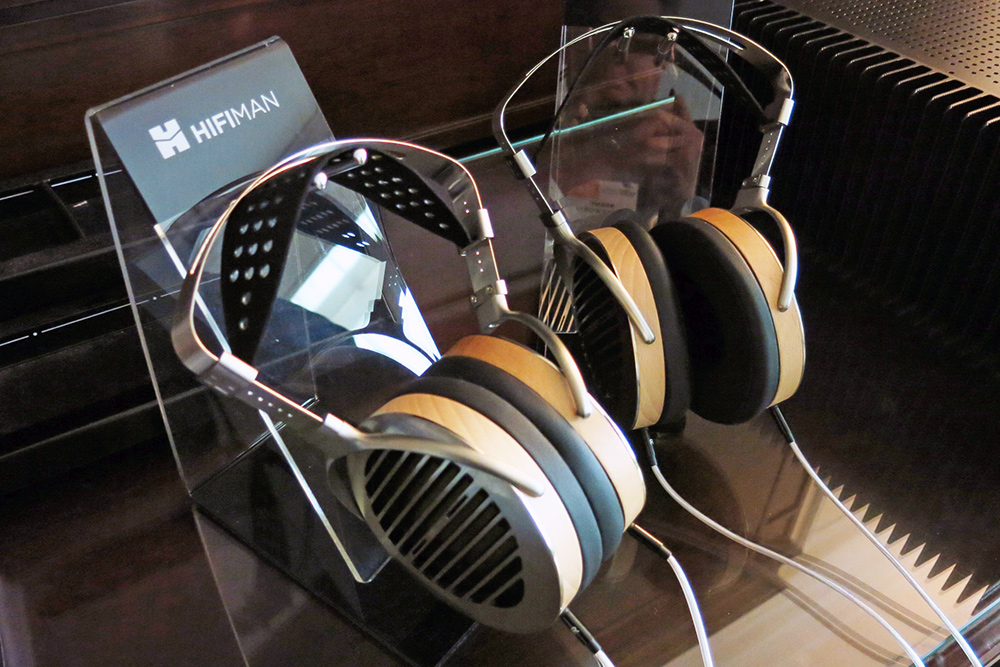 At $2999, HiFiMan’s HE1000 V2 headphones are some of the most expensive headphones on the market, which is why I was surprised to see the new Edition 6 headphones, which at $5999 are double the HE1000s’ price. The Edition 6s look similar to the HE1000s, but the drivers are substantially different. According to company founder Fang Bian, the magnets flanking the Edition 6s’ planar-magnetic drivers are thinner than the HE1000s’, with a rounded profile that reduces diffraction of sound waves. The company also showed its $15,000 EF1000 amplifier, which it intends as a partner to the Edition 6s. 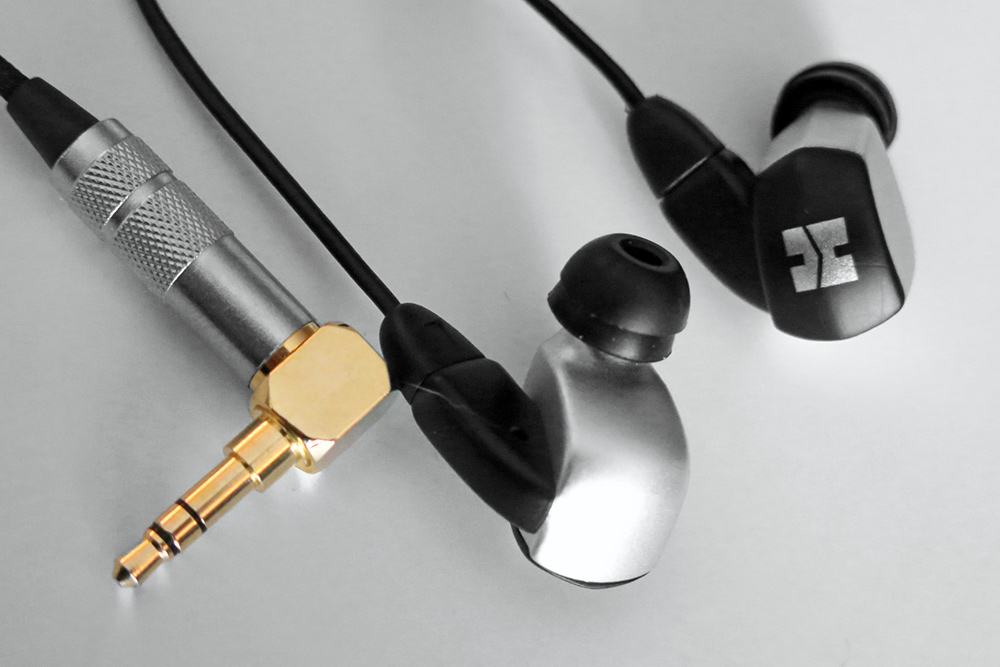 “This guy’s got a lot of guts,” I thought when HiFiMan’s Fang Bian showed me the RE2000s, a $2000 set of earphones with just a single dynamic driver per earpiece. According to Bian, the design of the RE2000s is based on research he did for his doctoral dissertation. The diaphragms of the drivers are chemically coated in microscopic patterns; Bian says altering the patterns has a considerable effect on the sound. “This is so simple compared with altering the diaphragm material itself,” he told me. 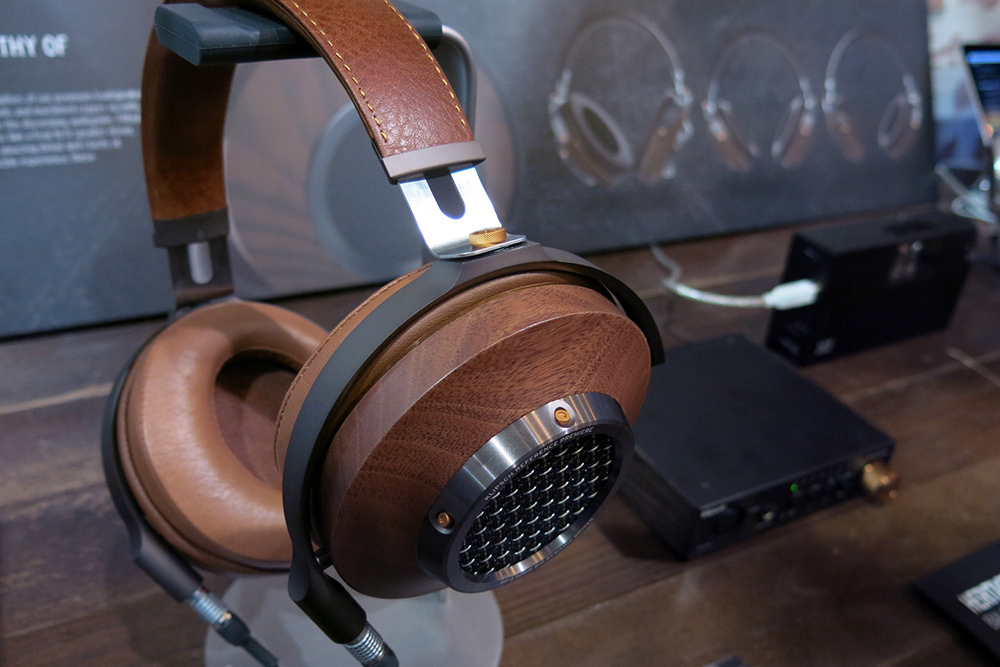 With a nod toward its Heritage line of classic horn speakers, Klipsch introduced three new Heritage-series wood-bodied headphones: the $999 HP-3s shown here, the $399 HP-2s, and the $299 to $499 (depending on features) HP-1s. The HP-3s are a semi-open-back design using a 52mm biocellulose driver per earpiece. Although the HP-3s are said to be sensitive enough that they can be used with a smartphone, Klipsch also showed the $499 Heritage headphone amp, which you can see behind the headphones. It offers a 24/192 DAC and fully balanced drive with balanced and unbalanced outputs. 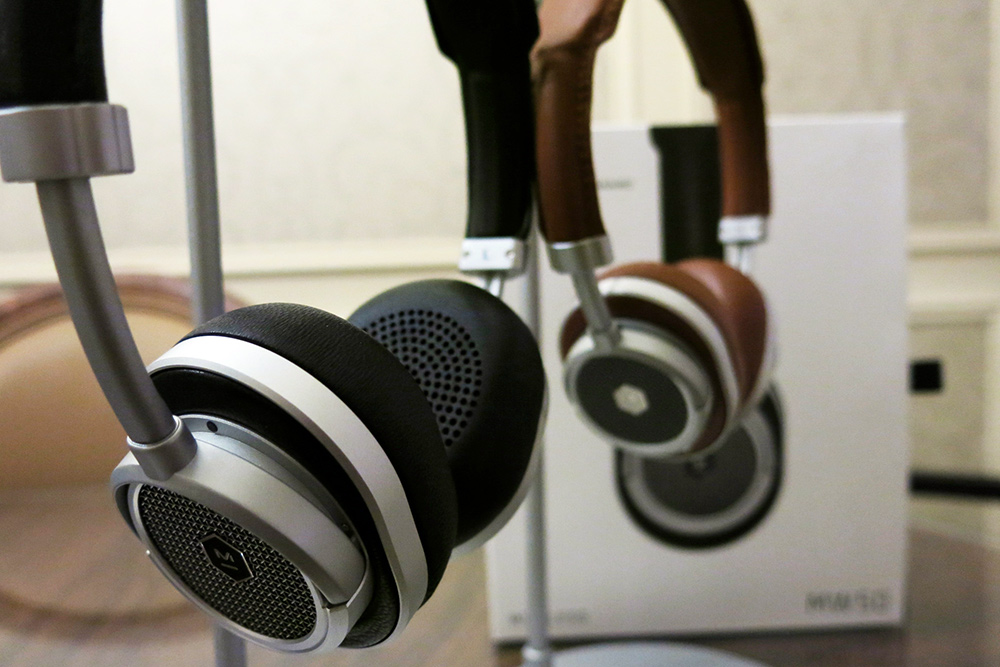 Master & Dynamic has a rep for steampunk-styled, audiophile-quality headphones. The new $449 MW50s combine the convenience of Bluetooth with the sound quality of a 40mm beryllium driver. The MW50s charge through a USB-C connector and are said to run for 16 hours on a charge. 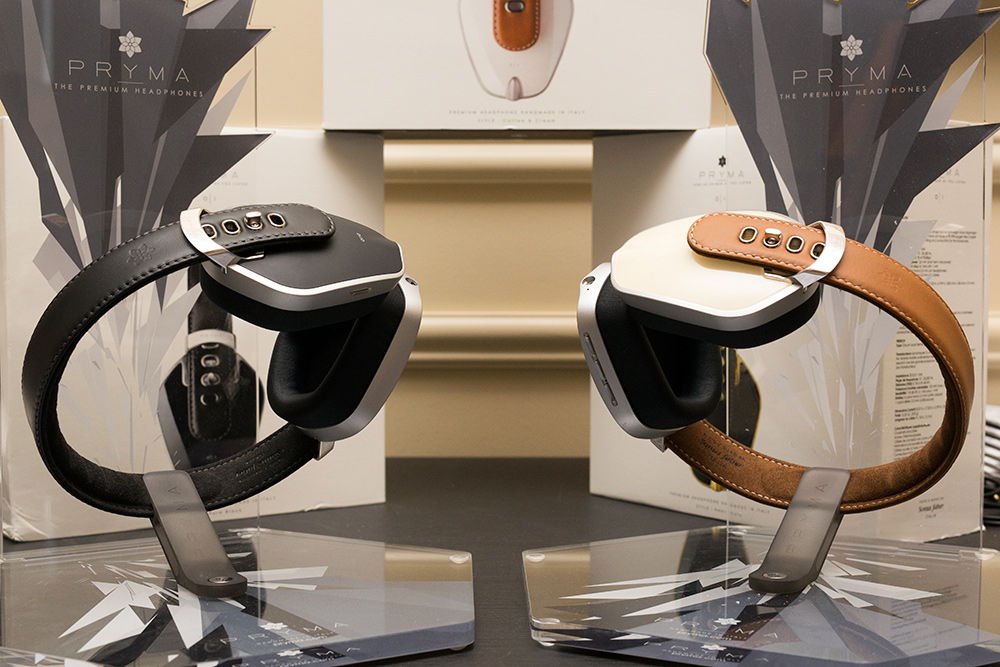 The Pryma Arias ($549) are a Bluetooth version of the original Pryma 01s we reviewed in March of last year. They retain the styling of the original, right down to the leather-covered headband and “belt buckle”-style earpieces. In typical Bluetooth headphones, the Bluetooth receiver and amplifiers reside in one earpiece and are connected by a wire to the other earpiece. Obviously, the Pryma headband design wouldn’t allow this, so the company placed electronics in both earpieces and linked them separately through Bluetooth as well. As a result, each earpiece has a button to turn it on or off. The Arias will be available in black and coffee/brown color schemes starting around the end of March. 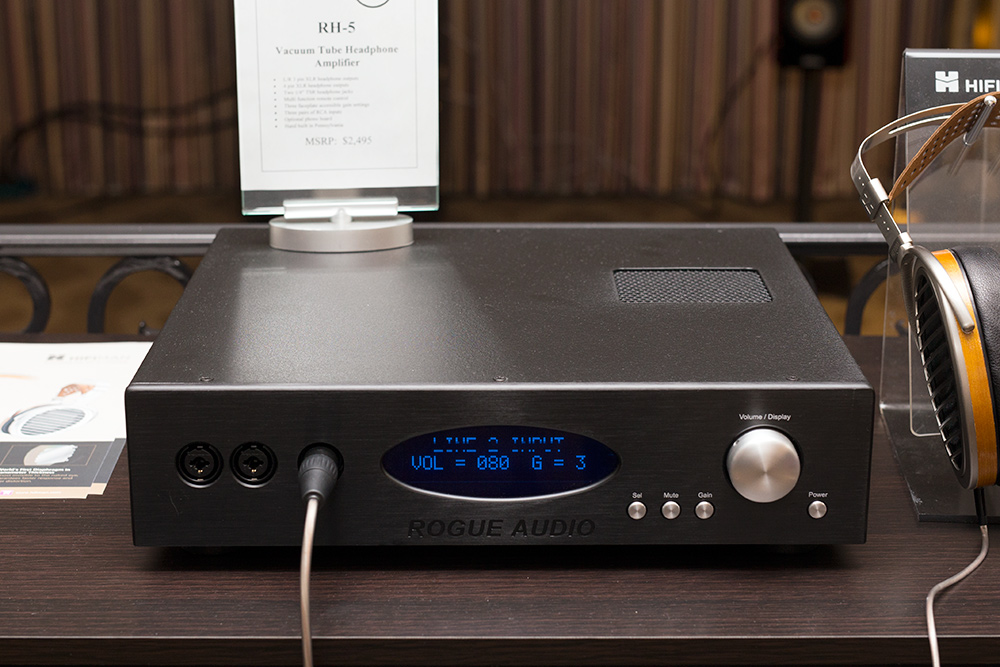 Rogue Audio’s $2495 RH-5 was my favorite of the new headphone amps I saw at CES 2017, just because it has all the features and performance I would look for in a headphone amp. It combines a tube preamp stage with MOSFET-buffered outputs said to deliver nearly 4W of power per channel -- plenty enough to get the best performance from even the most insensitive headphones. It has one stereo XLR and three stereo RCA inputs. It also has RCA and XLR preamp outputs, and it can output a balanced headphone signal on one four-pin XLR or two standard 1/4" jacks. An internal MC/MM phono stage is optional.