When I saw a seminar titled “What’s New in Headphone Technology” on the schedule for ALMA International Symposium and Expo (AISE) 2018 -- an audio convention aimed at engineers and product developers that precedes the January CES in Las Vegas -- I naturally thought I’d be hearing about such topics as advanced digital sound processing and new methods of noise canceling. But there wasn’t a word about electronics. The presentation, by Mike Klasco, president of consulting firm Menlo Scientific, dealt entirely with new materials that could improve headphone performance. 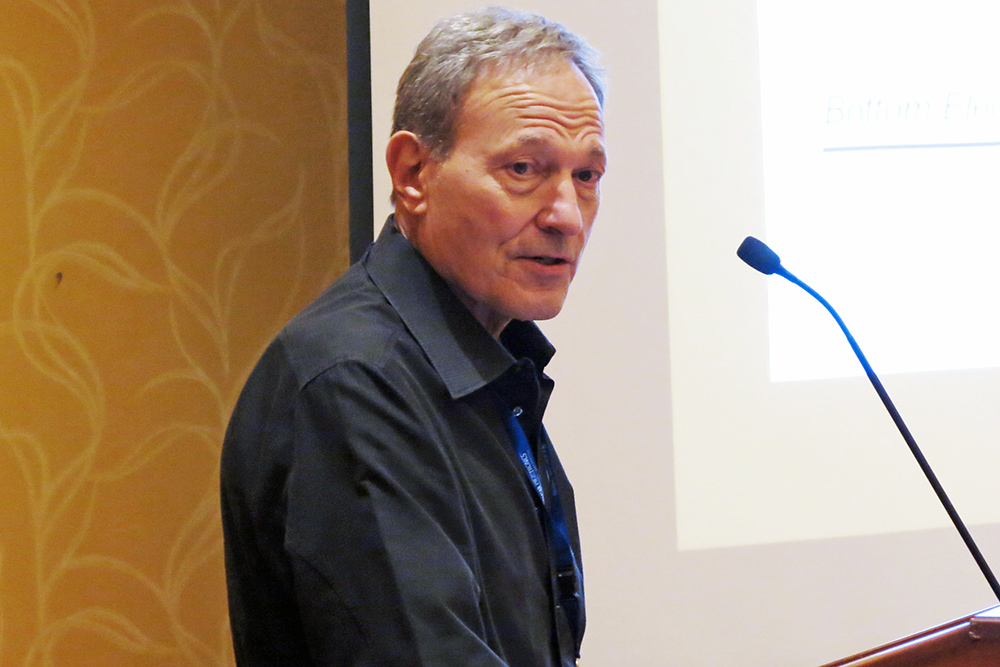 “A lot of people think there’s nothing new going on with headphone construction, that it’s just injection-molded plastic with a microphone and two speakers,” Klasco said. He then disproved this notion by showing several new materials that appear poised to have a significant impact on headphone design. Although Klasco discussed new driver designs -- including a graphene-based electrostatic driver and a piezo-driven balanced armature -- his focus was on more elemental raw materials and parts.

Klasco prefaced his discussion of Symbio, a new moldable synthetic wood composite, with an examination of the materials now available for headphone parts. In short: plastic is cheap but resonant, and everything else is expensive and heavy. According to Klasco, Symbio’s light weight allows manufacturers to double the thickness of headphone enclosures without a weight penalty compared with a plastic shell of conventional thickness. That alone would make an enclosure less resonant, but Klasco said Symbio is also by its nature a highly damped material.

Not only might this improve sound quality by reducing resonance; it might even improve the performance of noise-canceling headphones. “The phase of the resonances in a headphone is all over the place,” Klasco said, “and this makes it much more difficult to design the filters for an ANC headphone.”

He said Symbio currently costs about $2.50 USD per pound, comparable to about two dollars per pound for ABS plastic, and that it might eventually be less expensive than ABS.

I hope the new Roboden cable from Asahi Kasei makes it into headphones by CES 2019. Roboden is so soft and pliable that it feels more like a shoelace than a headphone cable. It doesn’t tangle, it has nearly zero microphonics (i.e., handling noise), and because it can stretch up to 40 percent, it’s much more resistant to damage than a conventional cable. It’s shocking to pull on a length of Roboden, because it’s more pliable than a rubber band. This is because the conductors inside are coiled, so the metal doesn’t have to stretch. 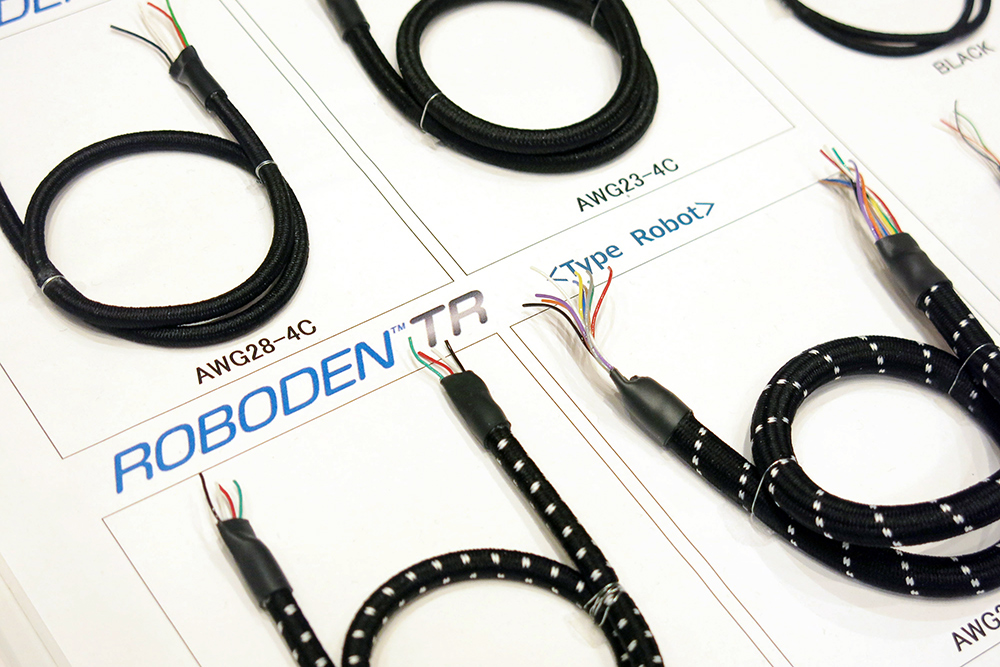 Klasco said that because Roboden is so pliable, it doesn’t exert as much pull on earphones, so they stay in the ear more reliably. The feel of the cable on the skin is more like cloth than wire, so it may spawn a new generation of super-comfortable earphones. 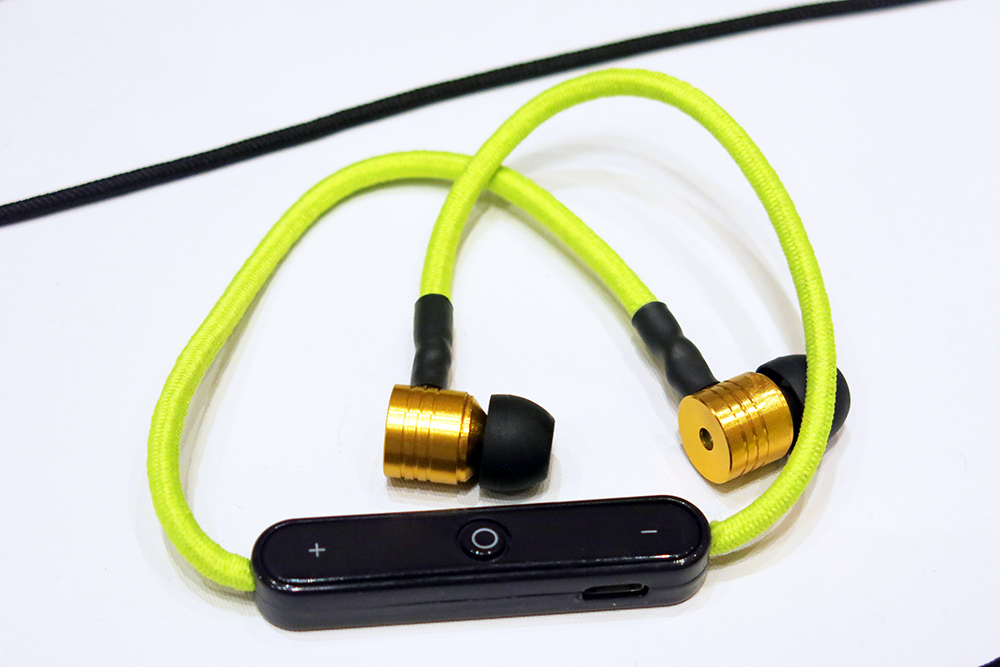 For decades, manufacturers have experimented with using “adsorbent” microporous materials, such as activated charcoal, to enhance speaker bass response. Effectively, sound waves compress the air in the micropores before it springs back out, but the benefits haven’t been substantial enough to encourage widespread use of the rather clumsy material. A new felt-like material from BASF called Luquafleece attempts to deliver the same benefit in a much more manageable form. 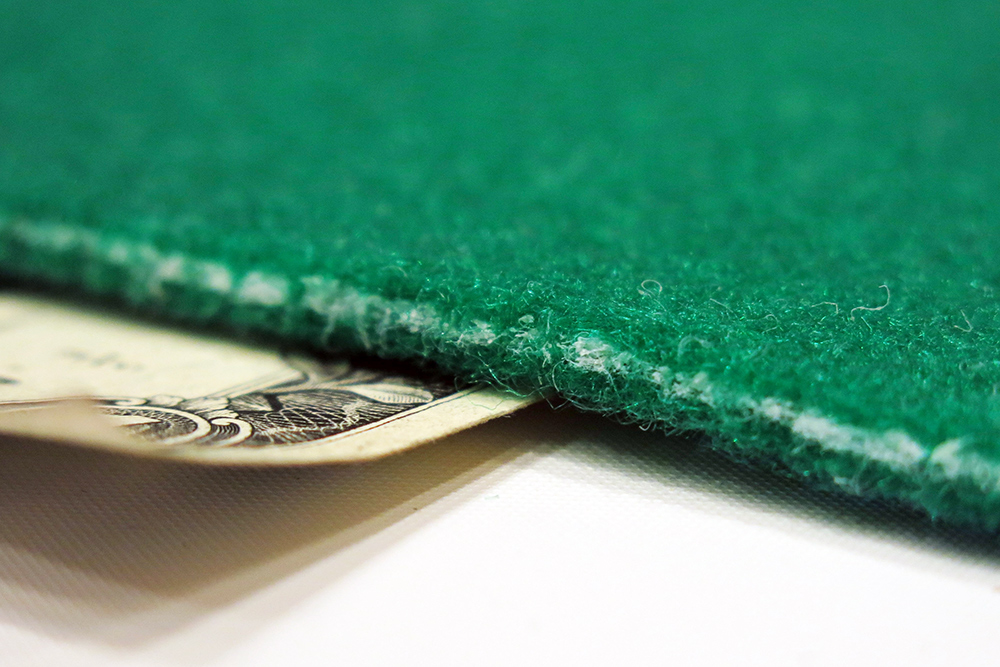 The Luquafleece sample I saw was about 5mm (3/16") thick, and looked sort of like the Scotch-Brite scouring pads found in many kitchen sinks. According to Klasco, adding a layer of Luquafleece inside a headphone shell boosts bass performance enough that the size of a headphone enclosure could be halved in depth while delivering the same bass performance.

In addition, he said Luquafleece improves bass isolation by about 5dB at 50Hz. Most passive headphones deliver near-zero isolation below about 500Hz, so this might give those headphones about the same degree of isolation as some of the cheap noise-canceling headphones on the market, but without the need for active circuitry or an internal battery. It can also be used in the earpads of headphones, where it could improve isolation even further.

When might we expect to see these new materials used in our headphones? It’s up to the companies selling the headphones. “The manufacturers [meaning the small number of Chinese ODMs and OEMs that build almost all headphones, regardless of brand] have all looked at these, but they usually don’t do anything until they get a request for it,” Klasco said.