The annual CES in Las Vegas is probably the best place in the world to experience a wide variety of headphones. Shows like CanJam probably have more high-end models, but the offerings at CES typically run from under $20 to well over $2000.

I spent most of my first day at the 2018 CES looking for interesting new headphones. Here are some of the coolest new models I found. I’ll have more in later posts this week. All prices in USD. 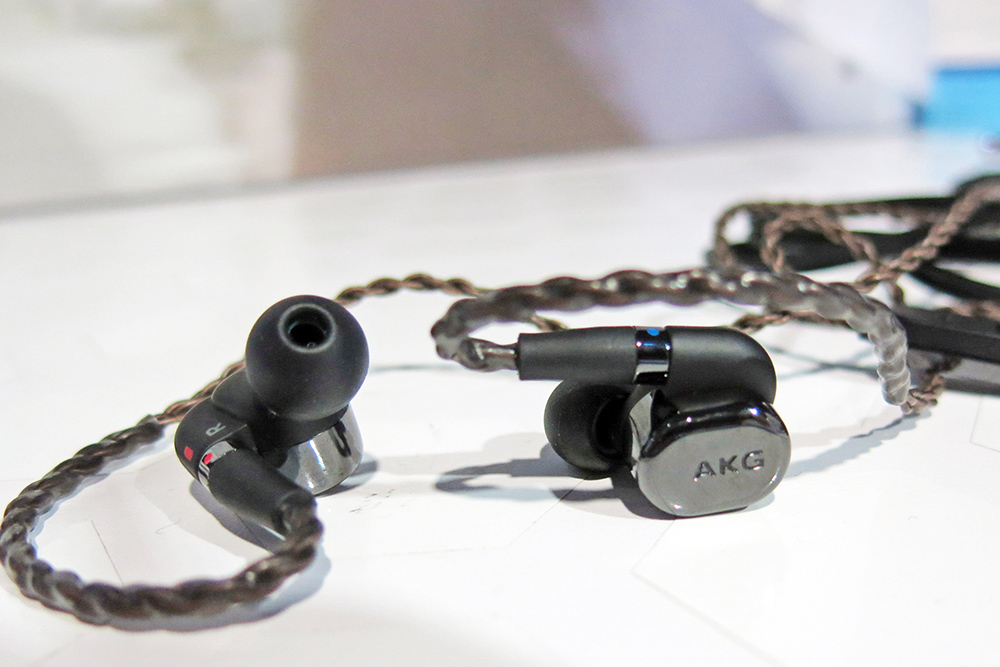 The AKG K5005 earphones are sort of an update on the company’s K3003, a triple-driver, metal-bodied model launched about five years ago. But the two really have little in common. The K5005s feature five drivers per side (four balanced armatures and one dynamic), have ceramic bodies and detachable cables, and at $999 are $500 less expensive. One trait the two share is the use of threaded filters for different tonal profiles; the K5005s have Reference, High Boost, Mid-High Boost, and Bass Boost filters (one more than the K3003s offered). According to an AKG spokesperson I spoke with, the K5005s’ multiple drivers made it possible to hit the Harman curve -- a target frequency response for earphones determined by Harman’s famed research division -- with greater accuracy than any earphones yet produced. 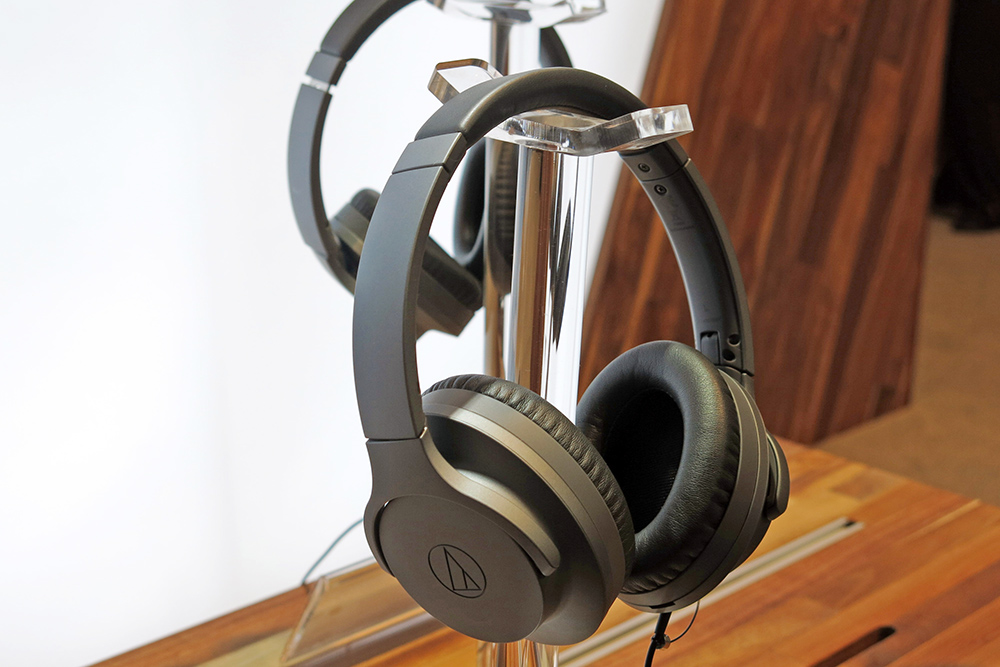 The ATH-ANC700BT headphones ($199) are Audio-Technica’s first design to combine active noise canceling and Bluetooth wireless. Touch controls on the right earcup let you control volume, pause playback, and skip tracks. Other features include AAC decoding (great for those who use Apple Music or files ripped in AAC through iTunes) and a battery life rated at 25 hours. 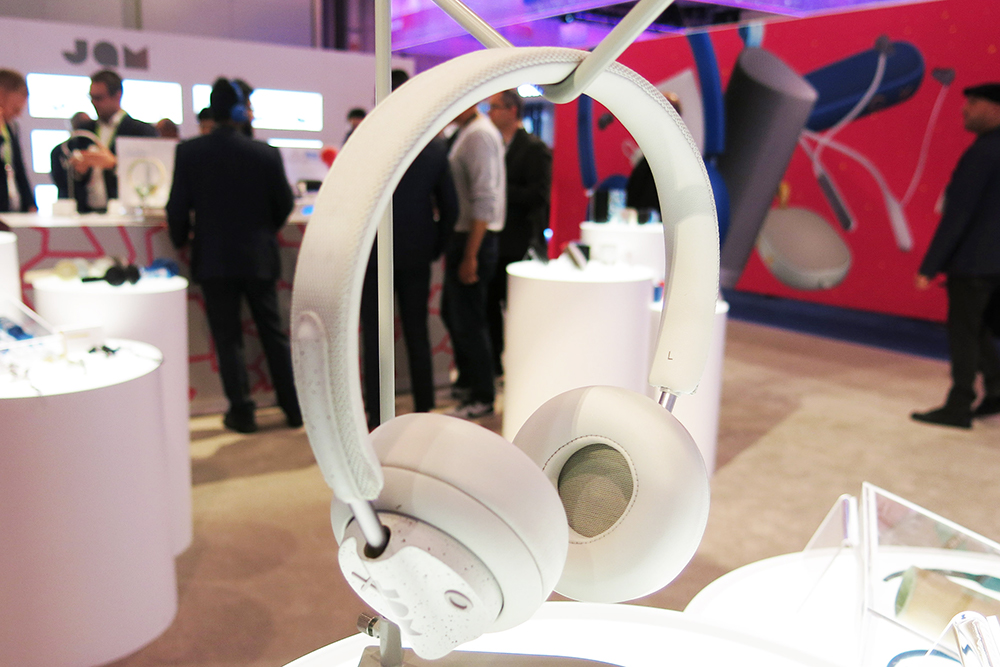 Jam Audio’s HX-HP303 Out There on-ear headphones ($69.99) are the least expensive ones I can remember seeing that offer active noise canceling and Bluetooth. The earpieces pivot to fold flat for easy transit, and battery life is rated at 18 hours. Of course, while inexpensive headphones often sound great, I’ve never encountered under-$100 headphones that deliver world-class noise canceling. But I’m hoping I can get a chance to measure the Out There headphones and find out. 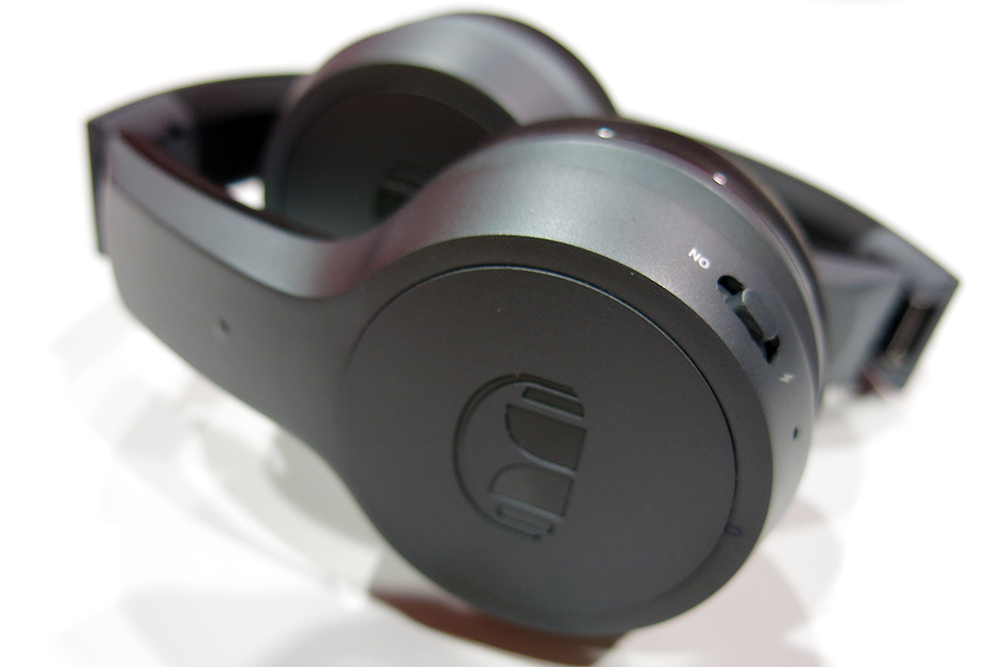 Monster’s Clarity HDX headphones are so packed with fresh features that I barely know where to start. The Clarity HDXes have Tile circuitry built in, using the same technology as the popular keychain finder tags, so you can find your lost headphones using a smartphone app. They will also feature Google Assistant to add voice-command features. The Clarity HDXes have Bluetooth, but they also allow a direct connection through USB-C, which bypasses the DAC and headphone amp in your phone or tablet. Because USB-C pulls power from the source device, the power switch on the headphones has a mode that forces the headphones to run on their own rechargeable battery so the phone’s battery doesn’t run down prematurely. Price is expected to run between $199 and $249. 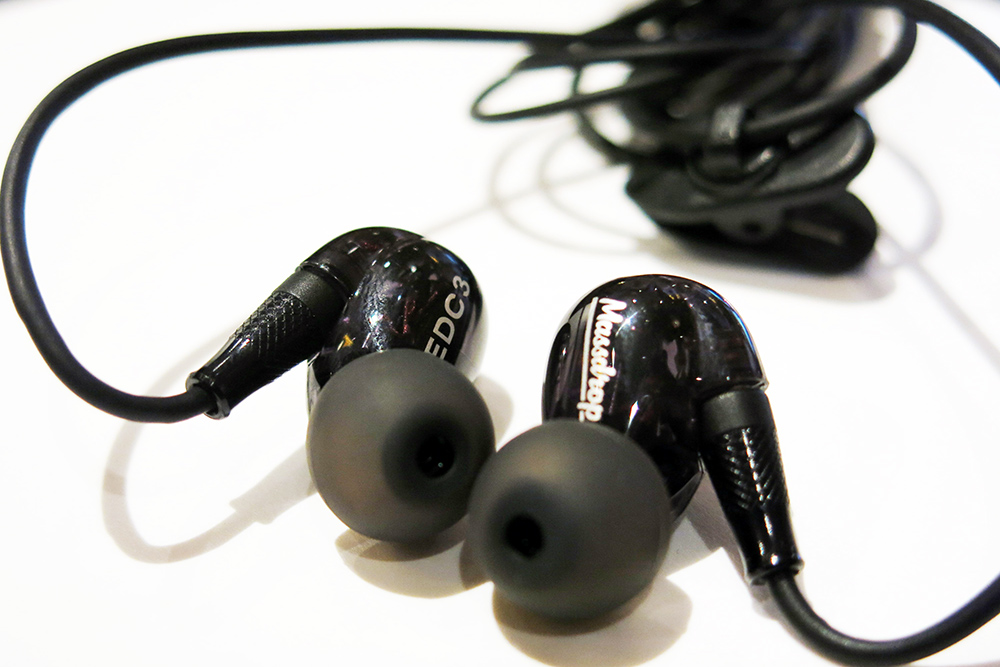 The EDC3 Massdrop X NuForce earphones ($99) represent a joint effort between Optoma NuForce and Massdrop. Each earpiece packs three balanced-armature drivers (one for bass, two for treble) fed by custom crossover circuits, and the match between the left and right earpieces is said to be +/-2dB, which is impressive for earphones. The EDC3s are fitted with a replaceable cable that, like the cables on most high-end earphones, route over the earlobe for better fit and a more secure seal.

Sennheiser’s HD 820 headphones ($2399) are basically a closed-back version of the company’s HD 800 Ses, considered among the world’s best headphones. A convex, clear back increases the isolation from exterior sounds while providing a view of the internal workings. The 300-ohm headphones are rated at 103dB sensitivity, so they should work pretty well even when plugged into a smartphone. Expect a summer release.