The colossal tech tradeshow CES kicked off in Las Vegas, Nevada, on Sunday, January 6, 2019, with several preliminary press events and presentations. Although I’m writing this before the show floor opens on January 8, I and the rest of the press have already been privy to some of the most interesting new product introductions, many of which debuted at Monday night’s Pepcom Digital Experience event at the Mirage hotel.

With high-end audio confined mostly to one wing of one floor of the Venetian hotel, the 2019 CES won’t be a big show for new audio gear, but I do expect lots of action in more mass-market gear, such as headphones and wireless audio systems.

Here are the first half-dozen interesting new headphones I found, with prices in USD. 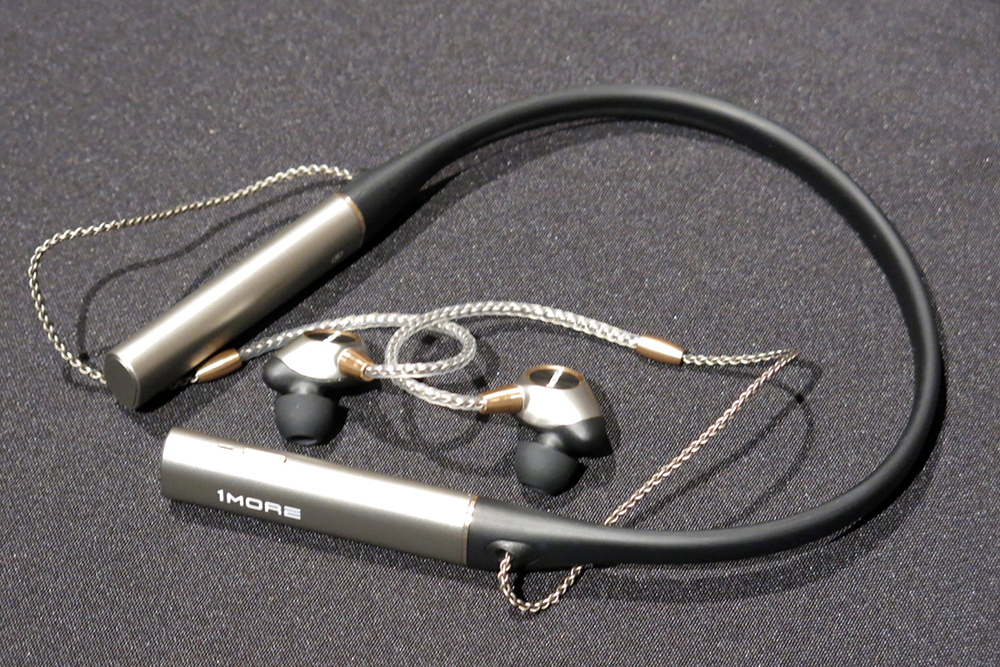 The 1More Penta Drivers are far more acoustically advanced than your average wireless earphones, as each earpiece packs five separate balanced-armature drivers in a three-way (woofer/midrange/tweeter) configuration. The LDAC Bluetooth codec -- probably the most high-quality Bluetooth codec currently available -- is included. There’s also a USB-C connector that can be used to source digital files up to 32-bit/192kHz resolution from computers, and a USB-C-to-analog-3.5mm cable is also included for use with inflight entertainment systems. 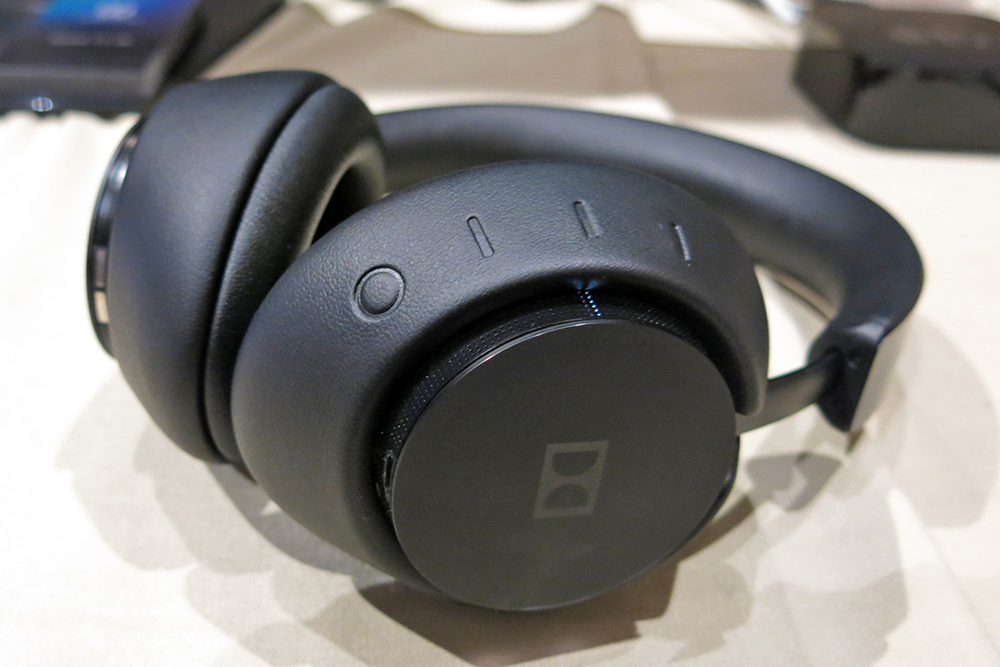 Dolby soft-launched its $599 Dimension headphones last fall, selling them only on the company’s own website, but now they’re available on Amazon. The Dimensions easily rank among the most sophisticated headphones available today, with noise canceling and built-in surround-sound virtualization that actually senses whether the signal has already been virtualized and adjusts its processing appropriately. A head-tracking circuit keeps sonic images coming from the same place even if you turn your head; pressing play on your phone centers the head tracking, so no external tracking box is necessary. The Dimensions are beautifully made and super-comfortable. 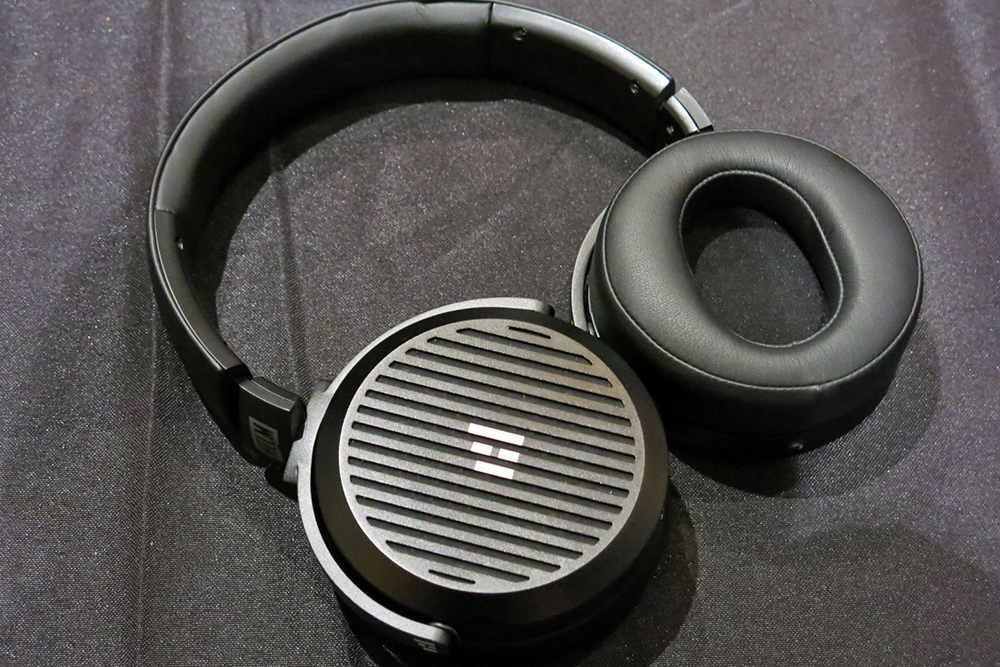 Helm Studio grew out of Tidal Force, whose Wave 5 headphones I reviewed a couple of years ago. The Helm Studio Planar open-back headphones use 66mm planar-magnetic drivers and magnetically attached earpads that can be easily removed. They’re expected to sell for somewhere around $300, and they come with a very cool case that’s like a little canvas shoulder bag. 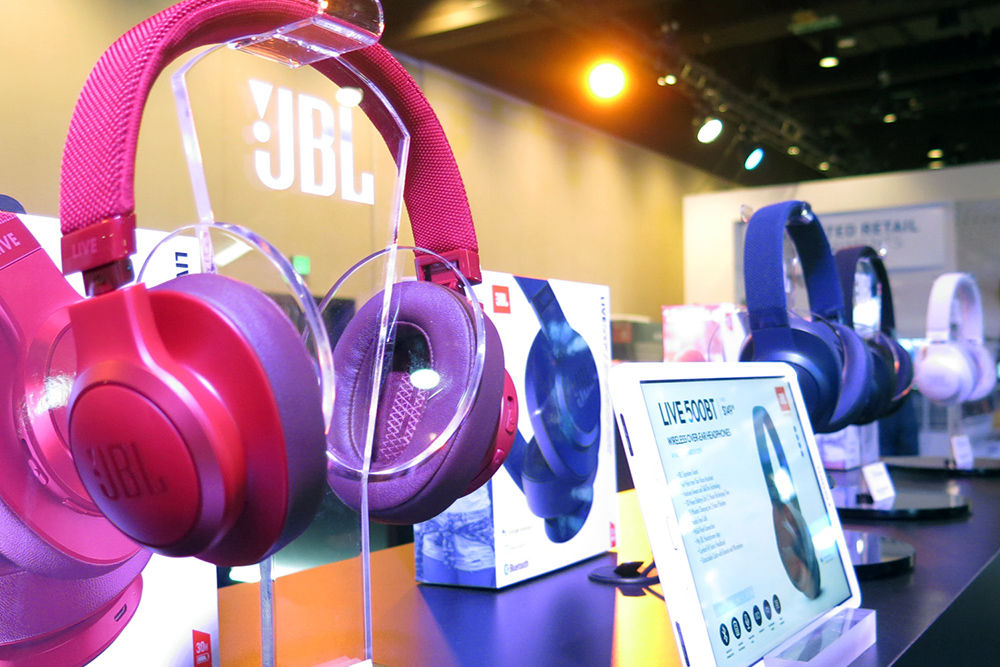 JBL used CES to launch its Live line: three wireless headphones that work with Google Assistant and Amazon Alexa through your smartphone. It’s an “always listening” voice command system, so you don’t have to push a button to access it. Shown here are the Live 500BT ($149.95) over-ear Bluetooth headphones. There are also the Live 650BTNCs ($199.95), which add noise-canceling, and an on-ear model, the Live 400BTs ($99.95). 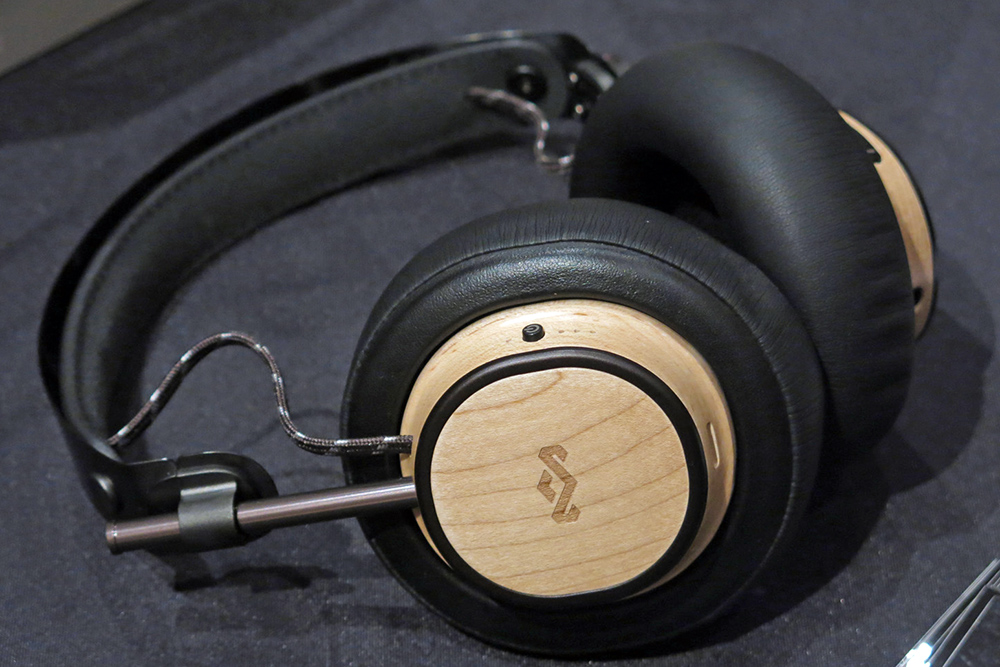 I’ve loved the earthy styling of House of Marley headphones for years, and I think the new Exodus headphones ($199.99) are the company’s best-looking yet. Sustainably harvested wood cups adorn each earpiece, covering 50mm dynamic drivers. The Exoduses -- which have Bluetooth but not noise canceling -- are rated for 30 hours of run time. I found the plush earpads and the retro-looking leather/spring metal headband super-comfortable. 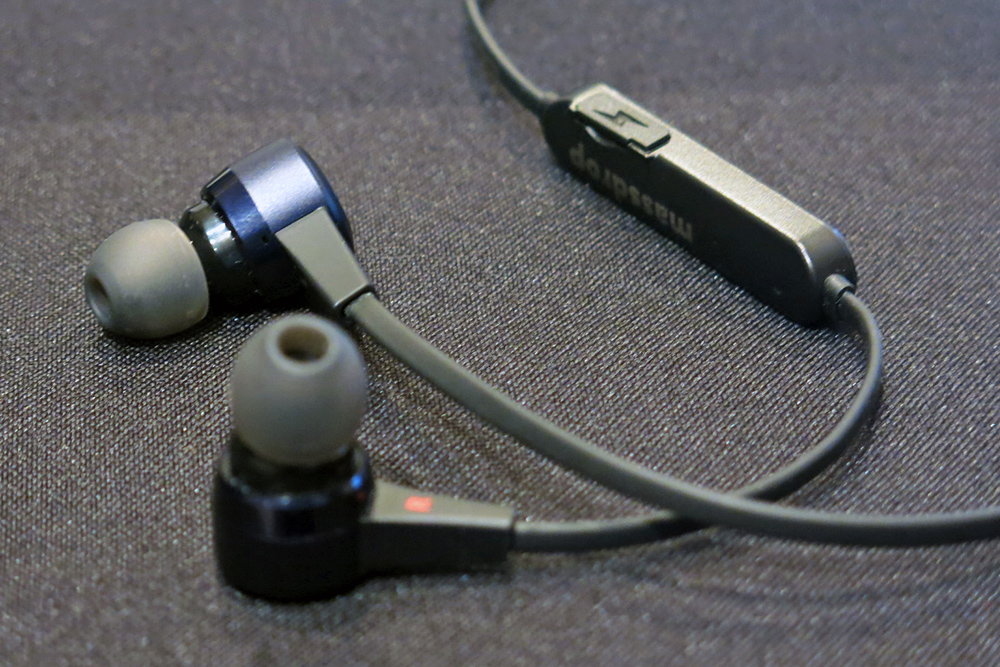 Last year, Optoma NuForce dazzled budget-minded audiophiles at CES with the EDC3 earphones, which it sold through Massdrop. At CES, the company launched new Massdrop-only wireless earphones, the Strides ($74.99). According to the company, the Strides’ earpieces use shorter batteries than most similar earphones, leaving them room to use an 8mm driver in each earpiece, instead of the 5mm or 6mm drivers found in most compact wireless earphones. AptX and AAC Bluetooth codecs are included, and the Strides carry an IPX5 water-resistance rating.