High End 2012 began on Thursday, May 3, but on Wednesday Doug Schneider and I attended the German premier of Magico's S5 loudspeaker, held at Life Like HiFi Studios, a retailer that seemingly carries every audio product under the sun. (The Magico event was sponsored by German distributor Audio Components.) We attended the event because Magico was promoting the S5 as having the highest price/performance ratio of any speaker they've ever offered. We were obviously anxious to hear just what the buzz was about and to decide for ourselves if it was indeed true. The S5 retails for $28,600 per pair in the United States. 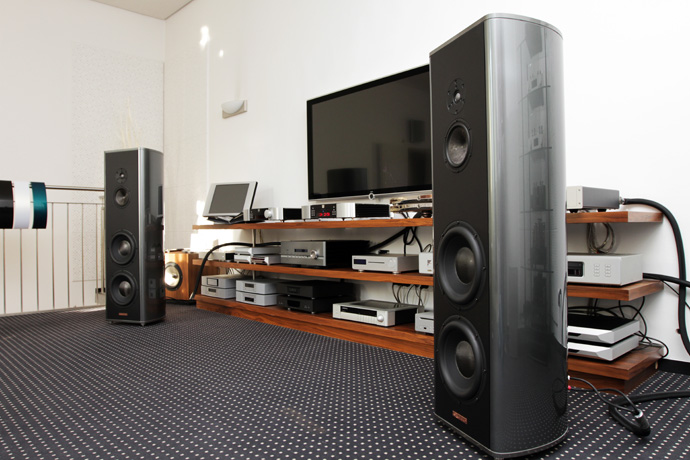 My initial impression of the first production-model S5 is that it is a substantial beast (the version shown at CES was a prototype). The S5 is a three-way design (48"H x 15"D x 14"W, 190 pounds each) that appears quite robust in terms of construction, yet it has been elegantly conceived: its curved body makes its size appear manageable for varying decors. Contained within the aluminum enclosure are very high-tech driver complements: a 1" beryllium-dome tweeter; a 6" Nano-Tec midrange; and two 10" hybrid woofers that marry Magico's Nano-Tec material, which forms the dustcap, with an aluminum cone. Company president Alon Wolf told me that the Nano-Tec material stiffens the woofer structure and adds a measure of dampening to the cone. The 6" midrange is built entirely by Magico and is similar to those found in their Q-series speakers. 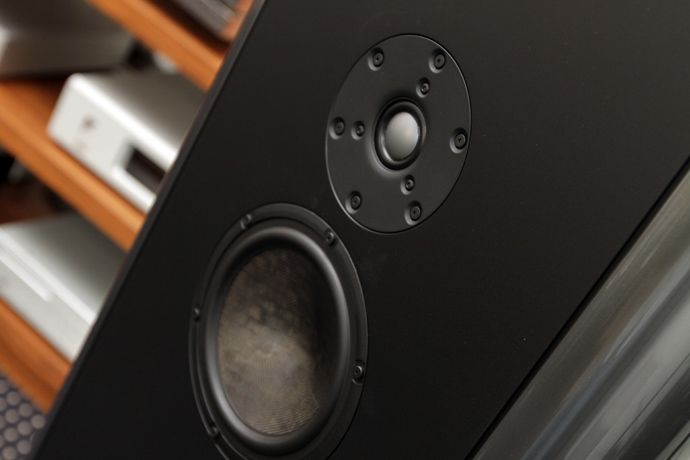 When asked about the S5's introduction, Wolf said that he "wanted a speaker that was under $30,000 per pair, with color finish options, that retains the Magico sound." This high price/performance proposition was, according to Wolf, accomplished by using an extruded aluminum cabinet -- as opposed to the CNC-machined cabinet in the Q series -- that is less labor-intensive to build (though we were told the tooling process required quite the upfront investment). The rounded cabinet is braced internally with machined panels and the walls are a full half-inch thick. The shape, we're told, is advantageous because it inherently reduces internal standing waves. 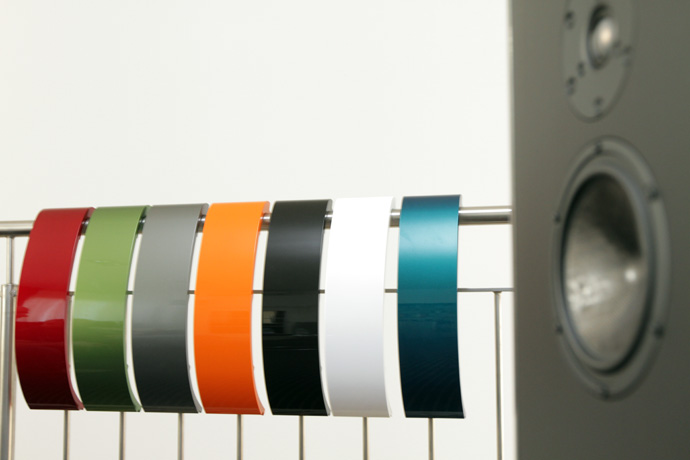 There are six standard painted finishes available on the S5, though optional finishes will be available at additional cost. The S5's black front baffle -- Magico's hard-anodized aluminum finish -- contrasted nicely against the graphite color of the speaker that we auditioned. The S5 is single-wire only and comes with three stainless-steel feet that can be used to level the speaker. Wolf stated that the S5 has "increased dynamic range and higher output capability than what is typically seen at the price. The value proposition is off the charts." 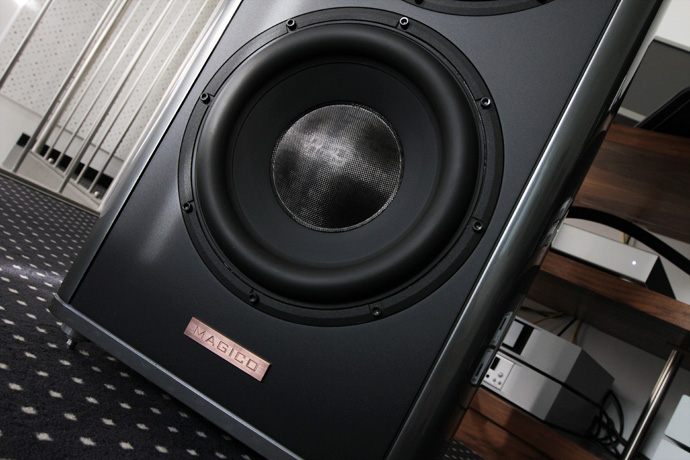 We loved the look of the graphite color shown, but it was the sound that really impressed us. The S5 was robust and powerful in the bass, smooth yet detailed in the treble, with an intoxicating midrange that would seem to invite long listening sessions. The highs were airy and fast over the several cuts we heard, yet they never became harsh -- the S5 seems to be voiced just right, actually. But the bass -- oh, the bass. First, it freakin' pounded. I mean, shake-the-walls and rattle-the-rafters pounded. These speakers will play loud, clean, and loud -- frankly, they played louder than any speaker I've heard anywhere near their size. My initial reaction is that a pair of them will have astonishing dynamic range, but that they can also display finesse when needed. And they always maintained that silky smooth midrange no matter the cut we heard.

A pair of Devialet D-Premier integrated amplifiers used in a mono configuration controlled the bass in an iron-fisted manner for sound that was visceral to the extreme yet highly refined at the same time. A Simaudio 750D DAC-transport handled source duties and Shunyata Research cabling wired everything together. Overall, the S5 greatly surpassed my expectations in terms of quantity and quality of musical delivery. 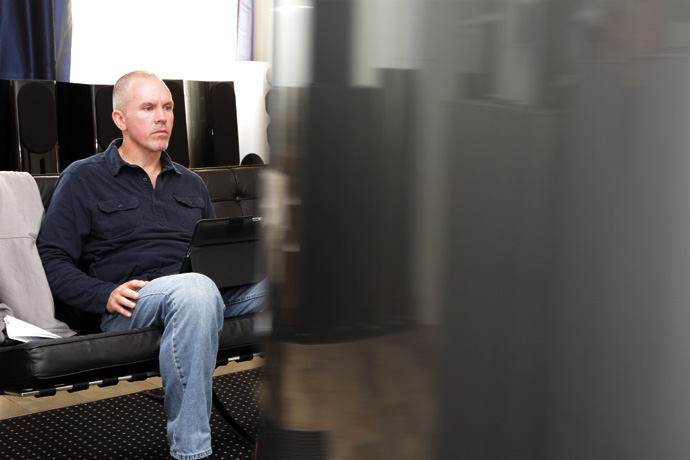 My prediction? Magico will sell more of these speakers than any other model in the company's history. They are that good for a price that is that right.