KEF's new LS50 speaker is said to be a modern-day homage to the classic BBC-designed LS3/5A monitor that was created in the '70s and used KEF-made drivers. It was, at least to some, the ultimate nearfield monitoring tool. To others, like me, it was an interesting little speaker, but with some problems. Perhaps more important, I'm a "minimonitor" guy, but I never wanted a pair of those. I'm not sure why; it's just that nothing about it excited me. But I can't say the same thing about the LS50. Read on . . . 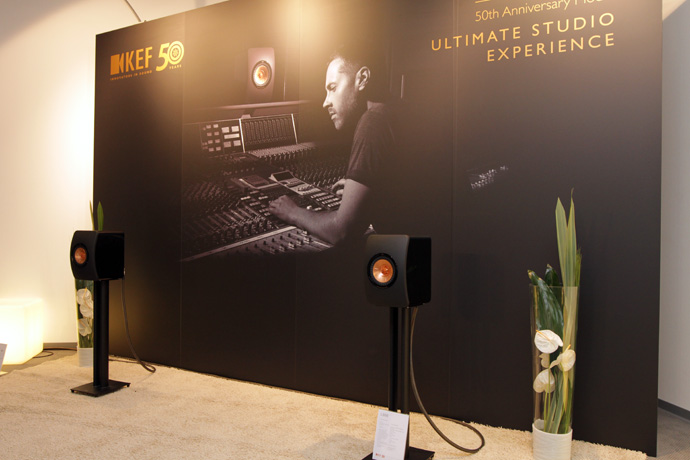 The LS3/5A angle makes a nice story, but the only apparent similarities between the LS50 and the LS3/5A are really the size, the fact that both have KEF-made drivers, and that KEF is presenting the LS50 as some kind of monitoring tool for home use -- and perhaps it will get used for that. But, frankly, with the design features the LS50 has and the technology that's inside and outside (not to mention that it's a KEF, a brand that audiophiles have known and loved for years), it's definitely suitable for the enthusiast who wants a topflight, beautifully built minimonitor to listen to their music at home for no other reason than sheer pleasure -- and for an affordable price (more on that no-so-irrelevant item in a bit). 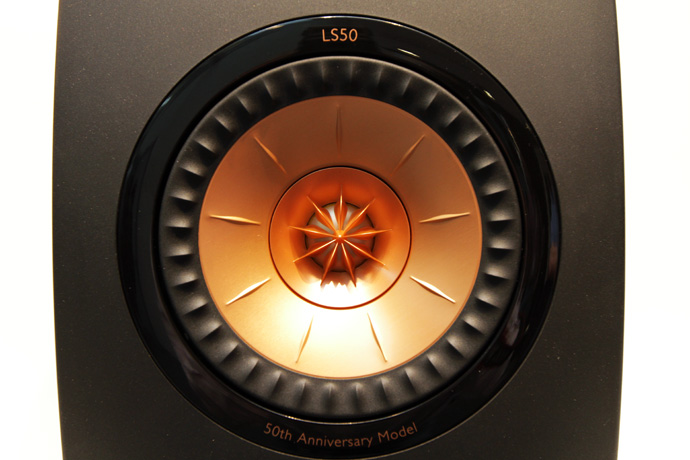 Technology-wise, the LS50 is chock full of cutting-edge features: The sculpted baffle is designed to completely eliminate diffraction effects; the coaxial driver is the latest-generation in KEF's Uni-Q series and includes KEF's new "Z-Flex" surround technology; there's an advanced constrained-layer-damped bracing system to make the cabinet ultra-rigid; and, finally, there's the port that exits the backside -- from the outside it looks like an oval-shaped port, but reach inside it and you'll find a soft, spongy center tube (it feels really weird) that's said to eliminate standing waves. There's more to the LS50 that I could explain, but that should be enough to tell you that the LS50 is not a me-too product, and it's a far cry from the LS3/5A design-wise. 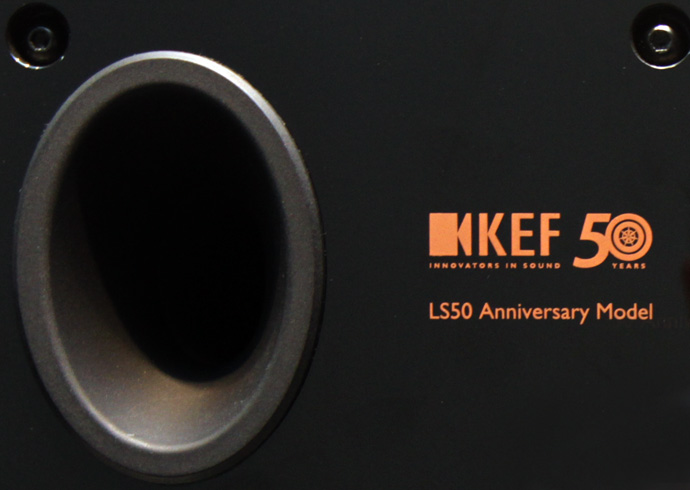 I found everything about this speaker cool except for the sound -- the LS50 has an incredibly warm, full-bodied sound that could belong to a speaker five times its size. I just couldn't believe how much energy was coming from the pair of them. The LS50's bass reach caused my jaw to drop (KEF specs a -6dB point of 47Hz, and, from what I heard, it's plausible), and the pair played extraordinarily loud in the very large display room without a hint of strain. Yes, certainly, with a coaxial driver in a small cabinet, these are ideal for nearfield listening; but if you just want a nice little speaker for the listening room, these'll do the trick as well.

I could go on and on with praise about this little fella, but I'll cut to the chase and tell you the thing that impressed me the most: the price. The LS50 retails for 998€ per pair over here in Europe, and $1499 per pair in North America. From what I saw and heard at High End, that makes the LS50 a killer-good deal, if not an absolute steal. It's also, without question, the most exciting new product I've seen here so far. In fact, I'd say the LS50 is every bit as exciting as the Blade that KEF debuted in Munich last year (and anyone who knows me knows how excited I was about that), because it is so affordable for so many more people. To me, it's these affordable products that are the most relevant, which is why I like them so much.

I never wanted any LS3/5A no matter how popular it was, but after I saw and heard the LS50 in Munich, I knew that I wanted a pair -- so the moment I get back home, I'm getting on the phone to KEF.