Sennheiser's new IE 800 earphones so intrigued me when I shot them for our product coverage that I went back to my hotel, grabbed my B&W C5 earphones, and then went back to compare the two through listening. The IE 800s are priced at 600€, the C5s at 179€. I use the C5s all the time. Could the 800s be that much better and worth that much more? 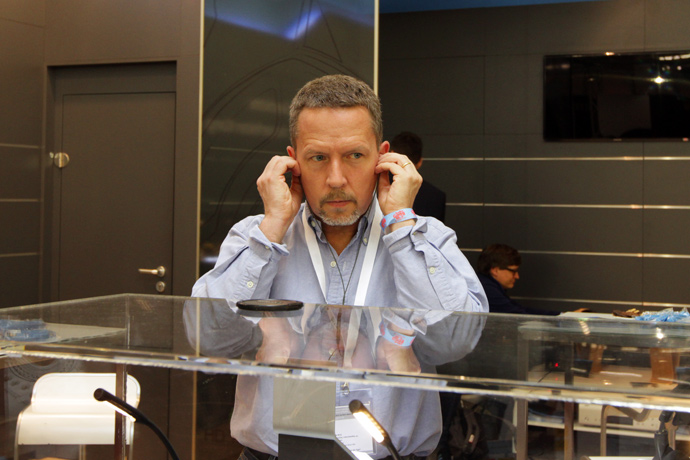 Before I could glean whether or not the IE 800s were better, I had to get past the fact that the two models sounded very different. The C5s have a very smooth sound that's surprisingly full and somewhat bass-heavy. They are the most fleshed-out-sounding earphones I have ever heard -- a little too fleshed out for our own S. Andrea Sundaram, who reviewed them on SoundStage! Xperience. They're not too fleshed out for me, though -- their fullness reminds me of "real" headphones, the kind that go over the ears, not into them.

The IE 800s certainly weren't as full sounding as the C5s, but they weren't as lean as the various Etymotic models I have at home and which many consider to be the benchmark for earphone accuracy -- some even like to call them in-ear monitors. Frankly, I find the Etyomotics too lean and too bass-shy. The 800s fall somewhere in the middle, presenting a robust-enough sound and very nicely controlled bass that sounds just right.

The IE 800s were also quite a bit more sensitive than the C5s, which was apparent every time I plugged one or the other into the iPod that was driving them -- I had to constantly ramp the volume up for the C5s to equalize the level. Sensitivity isn't an indicator of sound quality, but it can be important in terms of compatibility with the portable devices that might be driving them -- if the player can't drive the headphones properly, it's a problem. Suffice it to say that the IE 800s seemed a snap to drive.

Where the Sennheisers were clearly better than the C5s, at least to my ears, was in the presentation of the midrange and the highs -- slightly more forward than what the C5s presented, but substantially more detailed and infinitely more realistic to listen to. The C5s still sounded very pleasant, but the IE 800s just sounded more alive, particularly through the midrange, and with really beautiful highs. 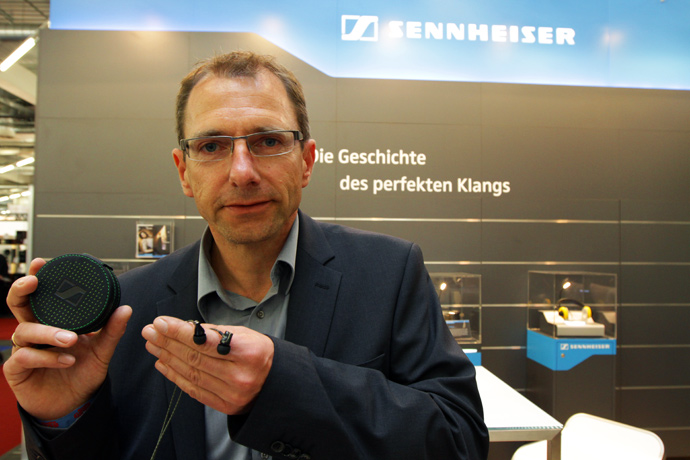 As I was listening, I noticed a gentleman staring intently at what I was doing, often looking concerned, if not downright worried, as I was furiously plugging in and unplugging each set of earphones while going back and forth. He turned out to be Andre Michaelis, Sennheiser's acoustic designer for this product, and he seemed very interested in my findings. He also shared with me some of the design features that make the IE 800 unique, as well as expensive: a newly developed driver that spans 5kHz to 46.5kHz . . . 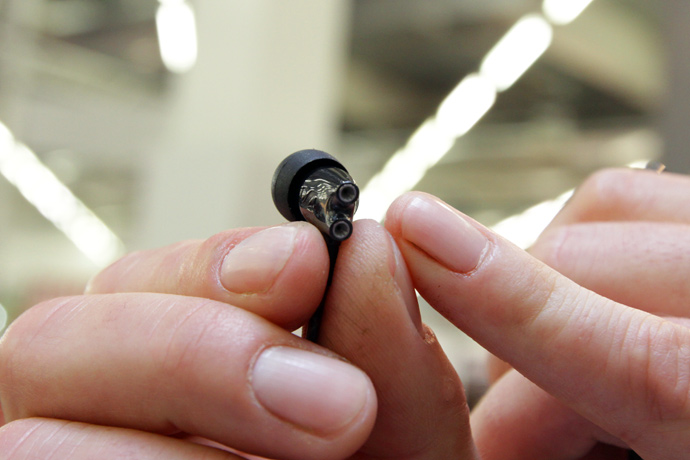 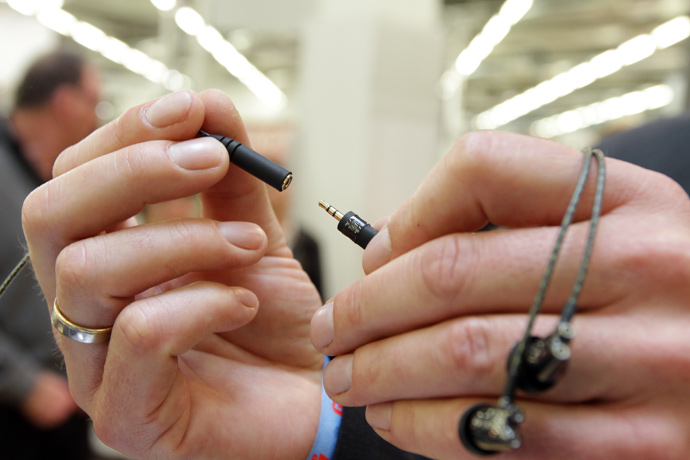 . . . robust connectors and plugs that should ensure long product life . . . 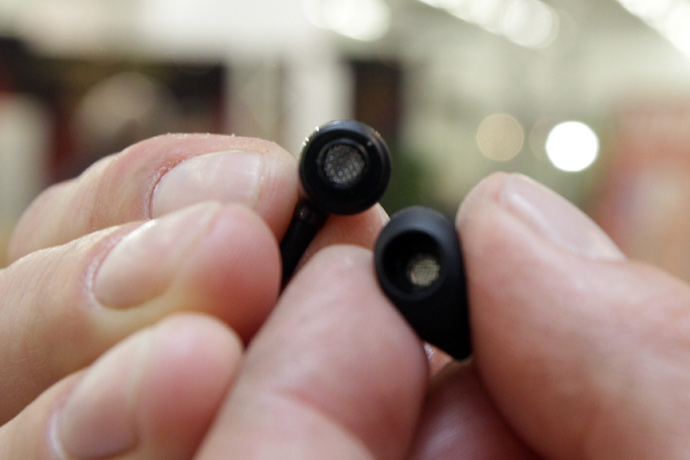 . . . individual meshes on the earphone and earpiece to protect the driver from earwax and dirt, plus many more things that appear to qualify these earphones as a truly high-end-worthy product.

Suffice it to say that the IE 800 is built in a way that's commensurate with the price. It's also built entirely in the place that I least expected it to be: Germany. Given that Sennheiser is based in Germany, some might think my comment odd; but the fact of the matter is that almost all the earphones on the market are mass-market produced in the Far East. Try to find an earphone from an American firm that says Made in the USA. I'm sure there are some, just not many.

Sennheiser's IE 800 isn't the first expensive earphone on the market, but it is a signal that this well-known, highly regarded headphone maker sees a need to service this new market segment, which is obviously growing and demanding something even better than what can be had for a couple hundred euros or dollars right now. After hearing the IE 800, I not only understand the need for a product like it, I fully understand the desire to own a pair.