Scan-Speak's Ellipticor: These Are the Drivers for Many of Next Year’s Speakers

Scan-Speak, based in Denmark, has a prominent nest in the High End, as its Illuminator and Revelator drive-unit families feature prominently in some of the world’s most highly regarded loudspeakers. While many top brands source and design their own cabinets and crossovers, it seems to be more often than not that firms turn to Scan-Speak to meet their driver requirements. It’s significant, then, when the industrious Danes excitedly announced a press event at the Pullman Hotel Munich, not far up the road from the Munich Order Center, where the High End show is hosted, to share the details of their new flagship line of drivers: Ellipticor.

The Ellipticor project began, as these things usually seem to, as an innocent conversation in the Scan-Speak office about the limitations of the company’s existing driver designs, and what market opportunities were patiently waiting to be seized. The sales department chimed in with a request to eke out more decibels of sensitivity to increase the number of practical applications for the designs. The engineers, meanwhile, wanted to tackle the shortcomings associated with the symmetrical breakup behavior of their Revelator tweeters, as well as pushing down distortion -- always a fine goal for a driver design! -- in both their tweeter and midrange-woofer offerings. Ellipticor still harnesses some of the technologies used in the Illuminator range, like Scan-Speak’s AirCirc magnet system (which utilizes an array of small neodymium magnets instead of a single large magnet), and patented Symmetrical Drive motor architecture. 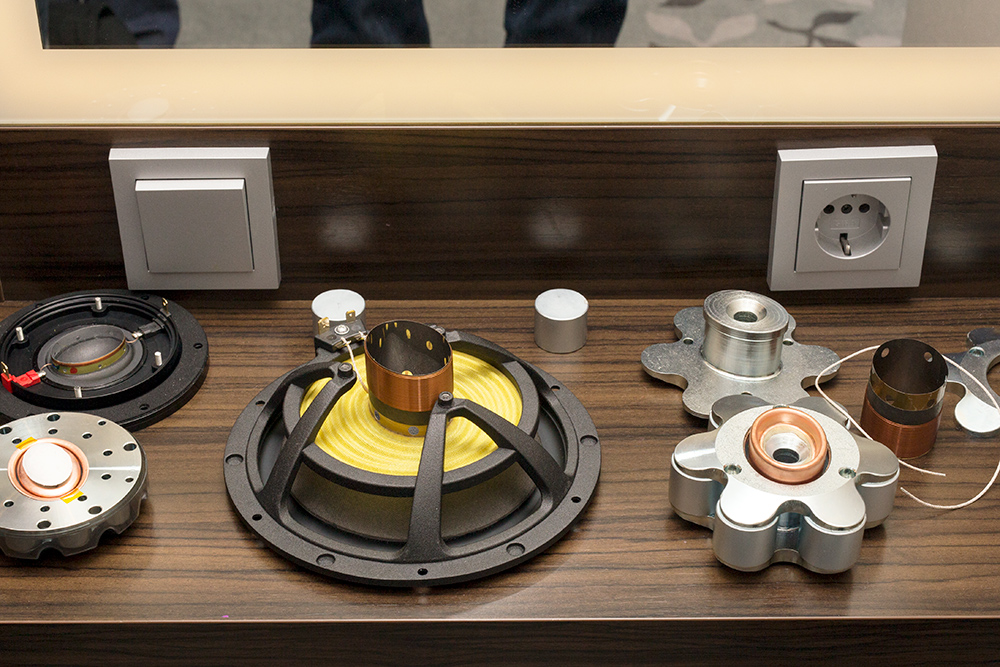 But what started as a joke -- “Let's make the voice coil elliptical!” -- eventually turned into a reality. Scan-Speak’s engineers explained that an elliptically shaped voice coil and magnet gap allow for greater control over driver dispersion (due to less uniform breakup behavior) and for lower distortion. Despite the numerous manufacturing challenges associated with such an unusual design, including glue application, orientation, and quality control, the resulting 38mm D3404 tweeter features a 29x40mm elliptic voice coil and a neodymium magnet system composed of ten high-grade magnets (like most anything, neodymium quality greatly varies). The result was a sensitivity of 97dB, a distortion reading of -40dB, and an unusually low resonance frequency, which is certainly helpful for two-way loudspeakers. The D3404’s breakup modes are far more random and less uniform than a non-elliptical tweeter would be, notably ameliorating cancellation effects. 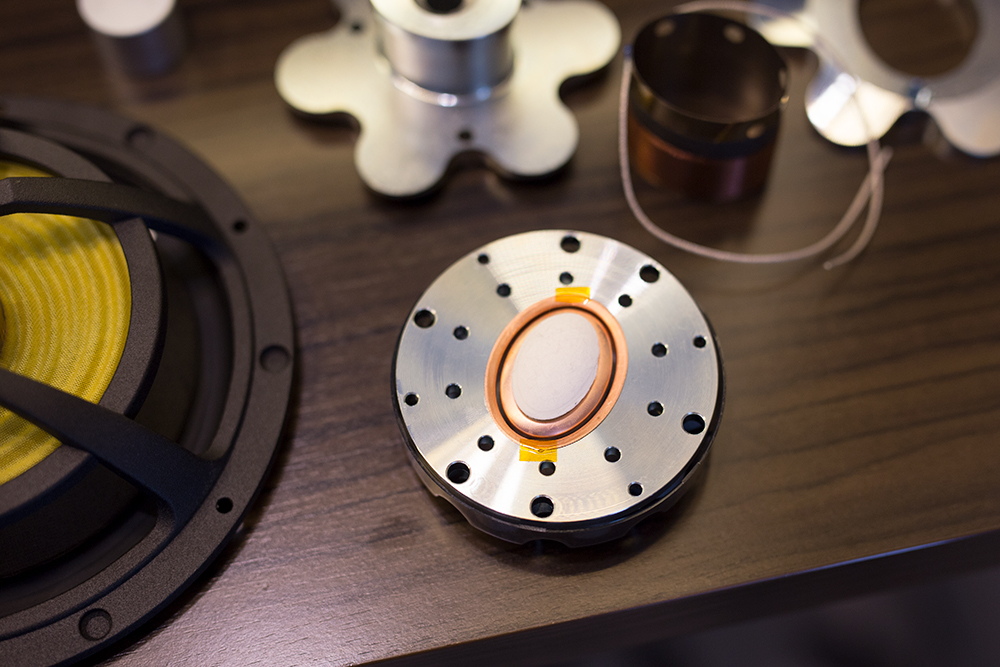 The Danes then pivoted to introduce their 130mm 18WE midrange-woofer, which features six high-grade neodymium magnets in an AirCirc arrangement. Scan-Speak endeavored to include a low-loss, linear suspension; high mechanical Q factor (a numerical parameter that represents how well damped a resonator, like a speaker diaphragm, is); and lower distortion. The result is a driver sensitivity of 92.5dB, mechanical Q of greater than 6.5, and a distortion reading of less than 1%, though it was emphasized that the value is far, far lower across the far majority of the driver’s useful bandwidth.

Each of Scan-Speak’s two new drivers has a nominal impedance of 4 ohms, and based on the frequency-response plot we saw, the drivers’ on-axis output very closely tracked one another from approximately 600Hz out to almost 5kHz, suggesting complementary (and linear) behavior in a well-designed two-way loudspeaker. Of note, the soft dome D3404’s output falls fairly precipitously above 11-12kHz, which is hardly unusual for a textile design. 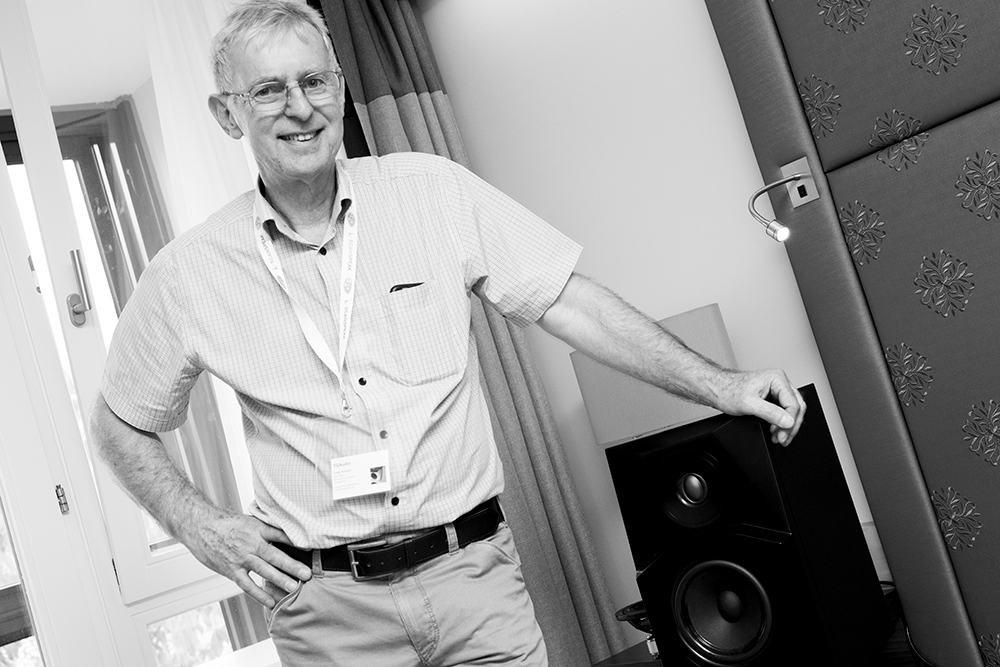 Scan-Speak demoed Ellipticor with the help of highly regarded DIYer Troels Gravesen (above), who designed the chunky stand-mounted two-way cabinet and passive crossover network, and Danish electronics sourced from Gato Audio. With industry stalwarts such as Paul Barton, of PSB Speakers, present, the Danes ran through five to ten minutes of music. I was lucky enough to score the “money” seat in the cozy hotel room, and while rushing to judgment about a boxy DIY design with crossovers sitting blithely on the floor probably doesn’t make too much sense, I was able to draw several initial impressions.

First off, the two drivers sounded very coherent in a two-way configuration -- I didn’t hear any muddled confusion around the crossover point. Moreover, there was a palpable sense of pop and vibrancy from female vocals and small stringed instruments like the violin and viola. The D3404 tweeter, in particular, sounded highly articulate and resolving without teetering toward brightness. Indeed, transients and sibilants were delivered in a smooth, effortless fashion that so many metal domes can’t quite seem to capture. It bore a strong aural resemblance to Dynaudio’s excellent Esotar2 tweeter in that regard. The Danish obviously know how to fashion a competent soft-dome tweeter. 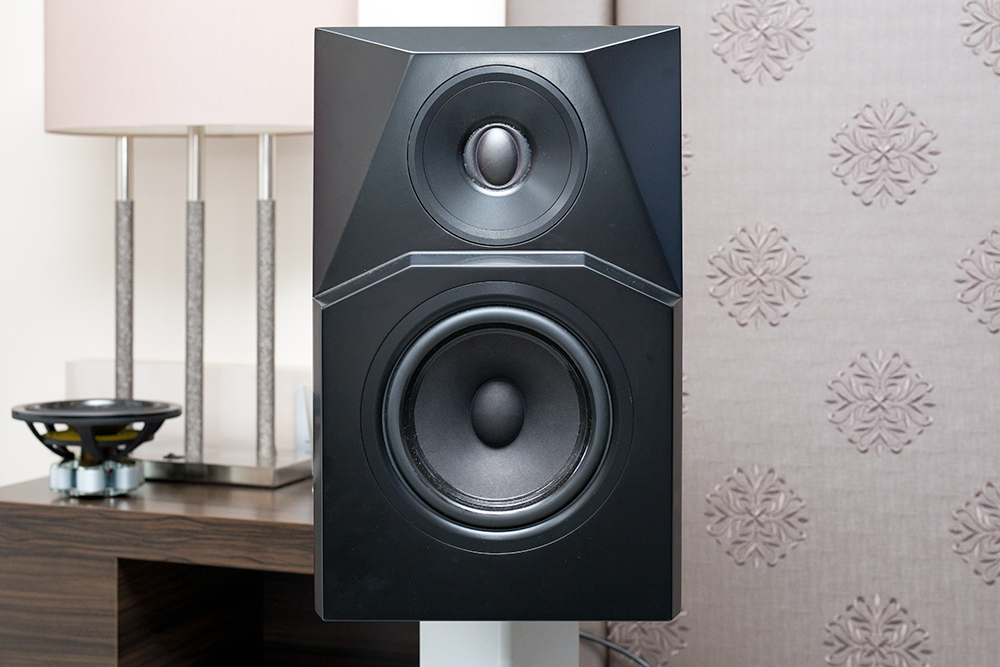 I was also impressed with the little speaker’s soundstaging feats -- I was immediately taken with its ability to paint an orchestra as a collection of easily intelligible individual instruments, rather than as a vague, amorphous collection of performers. This was not only lateral in nature, but in terms of front-to-back layering as well. Finally, I found myself pursing my lips when one of the last cuts featured explosive orchestral drum work. The sheer impact, both attack and decay, was remarkable for a relatively modest two-way design. “Concussive” was an adjective that immediately sprang to mind. 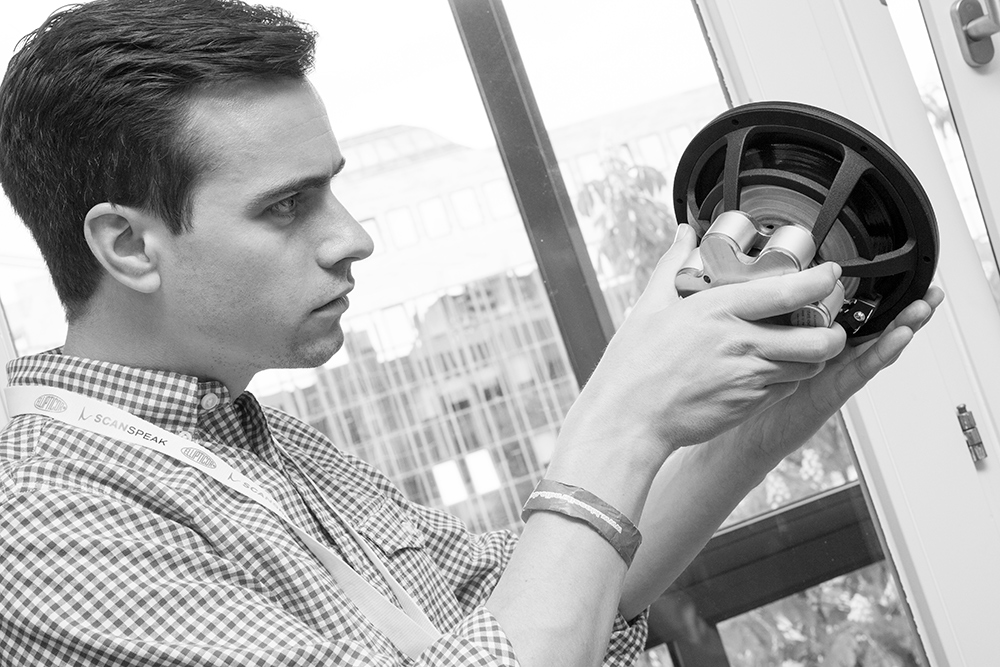 If this kind of performance can be easily demonstrated through a DIY loudspeaker design in a sub-optimal Bavarian hotel room, imagine what major manufacturers can summon forth when they start marrying high-performance cabinets featuring copious amounts of bracing and tailored, diffraction-minimizing techniques with Scan-Speak’s newest efforts. Prepare yourselves. Ellipticor is coming, and if first impressions mean anything, there is an awful lot to look forward to.