Sure, Munich’s High End is mostly about component audio, but many of the companies now offering component audio gear see how much more popular today’s simpler, compact all-in-one systems are, and many are moving to get in on the act. Here’s my first of two reports on desktop and compact music systems from the 2017 High End show. Prices in euros or USD as indicated. 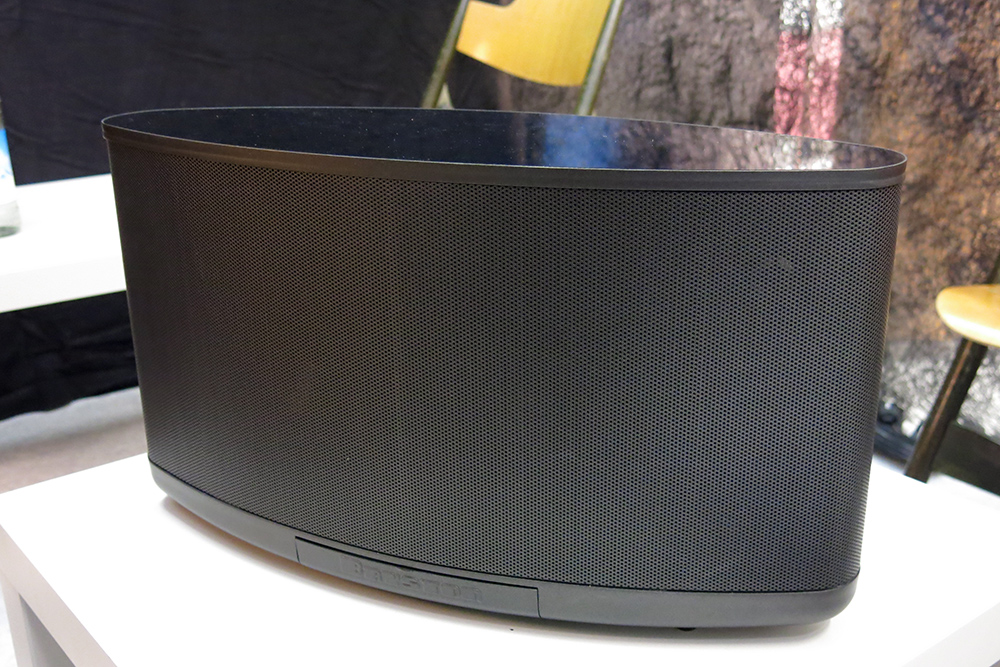 When high-end companies dabble in wireless speakers, the result is often a big step down from their more traditional fare. Not so for the BryFi ($1495), Bryston’s new wireless speaker. Each BryFi is, in essence, two of the company’s well-reviewed Mini A speakers in a single box, with two 6.5" woofers, two 3" midranges, and two 1" tweeters. A 75Wpc amp provides the power. It incorporates AirPlay and Tidal, and has a native app that allows direct streaming from network-connected computers and hard drives, or from a USB drive or stick connected through the front USB jack. Slots in the bottom hold up to two optional rechargeable batteries, which cost $150 each and provide approximately eight hours of run time per battery. Optional woodgrain, white, or black brushed-aluminum top panels are available, and the rear-firing port doubles as a carrying handle. 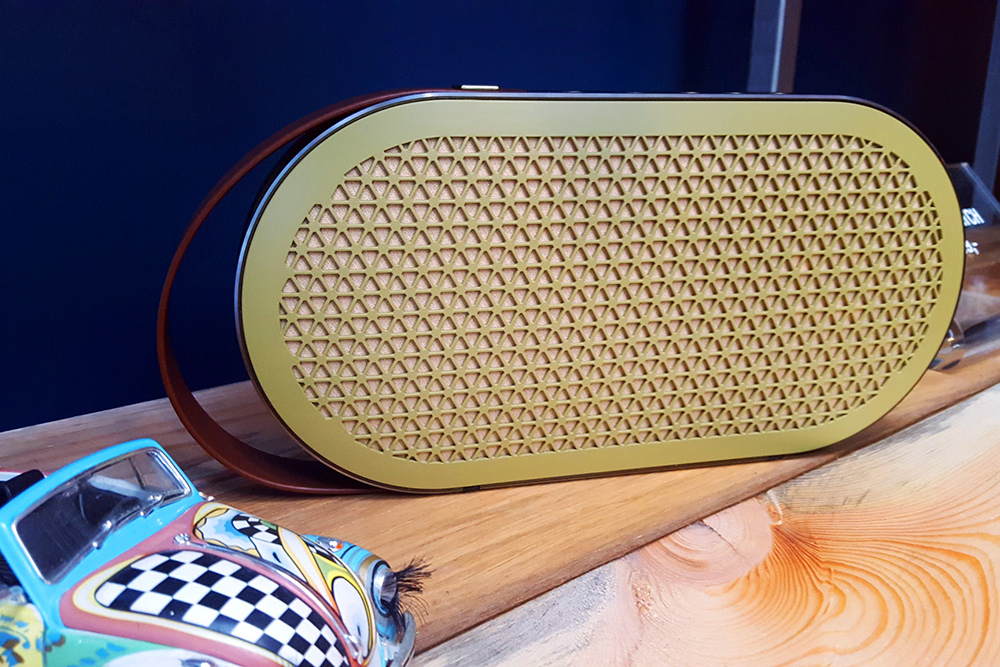 High End is generally a little too high end to host compact portable Bluetooth speakers -- but there was one at the show, the DALI Klatch (€349). It’s a two-way stereo design with a tweeter, a midrange-woofer, and a passive radiator on each side. Battery life is rated at 24 hours, and it has a 3.5mm analog input plus a USB charging output, making it easy to connect a Google Chromecast dongle. An integral leather strap makes the Klatch easy to carry, and it’s slim enough to pack easily into most suitcases. Expect a North American introduction later this year. 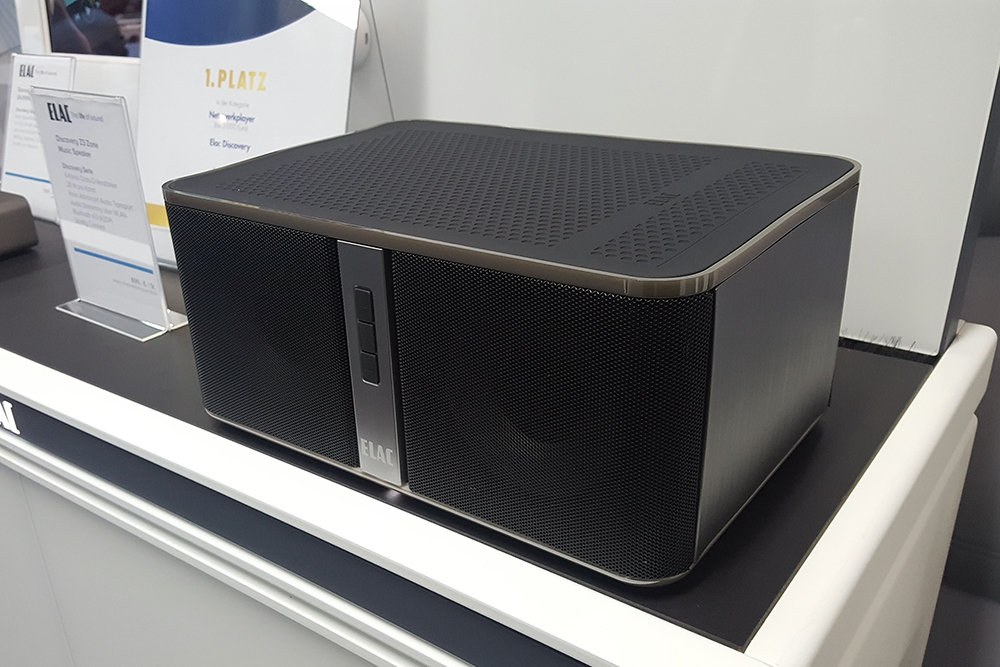 “It’s like a Sonos speaker designed by Andrew Jones!” I blurted out when I saw the Elac Discovery Z3 zone music system ($599), and Elac’s Chris Walker didn’t disagree. Inside are two of the same concentric 4"-midrange-and-1"-soft-dome-tweeter arrays found in Elac’s Uni-Fi speaker line, augmented by dual 4" woofers. It works as a Roon endpoint when used with the company’s Discovery Music Server, and it also features Spotify Connect and Bluetooth plus a 3.5mm analog input. It plays really loud and clean for its size, and sounds a few steps above what you’d probably expect of a wireless speaker. Expect it to hit North America around the end of July. 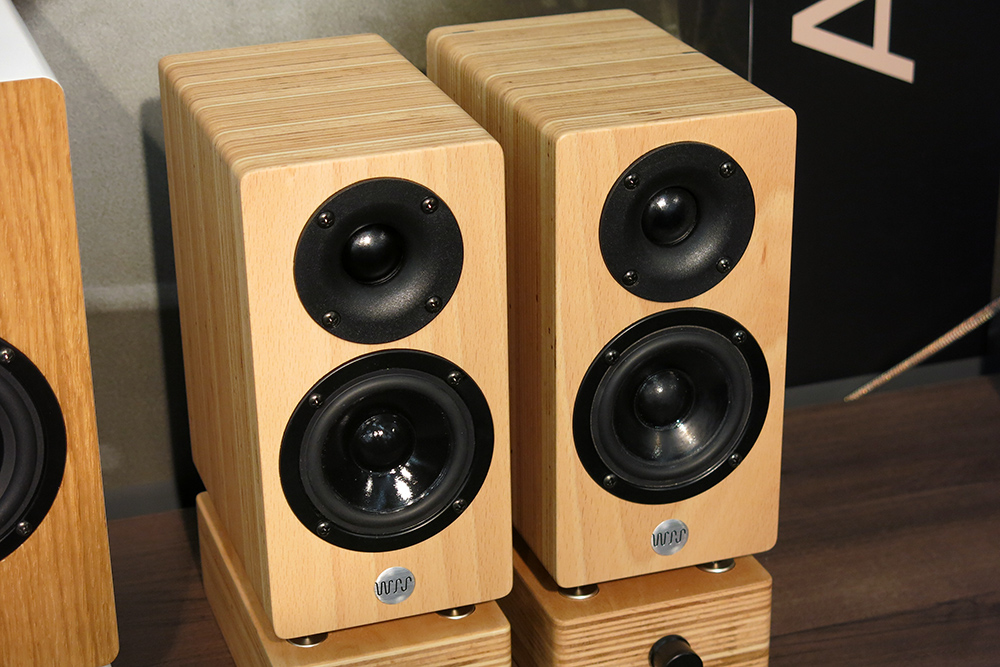 For the past few years at audio shows around the world, Jerry Cmehil has been quietly showing high-quality desktop audio systems under the Well Rounded Sound brand. The WRS MM2A ($369) is the best system I’ve heard yet from his company. Each speaker has a 3" woofer and a 1" tweeter, and is built from laminated birch plywood, so the cabinets are far more rigid than one normally finds in desktop systems. The passive speakers sit atop laminated birch plywood plinths, one of which incorporates a 10Wpc amplifier that’s included with the system. Input is analog only. I was blown away by the deep, tight, powerful bass the little system produced. The WRS MM2, a passive version with MDF cabinets and no amp, is $299. 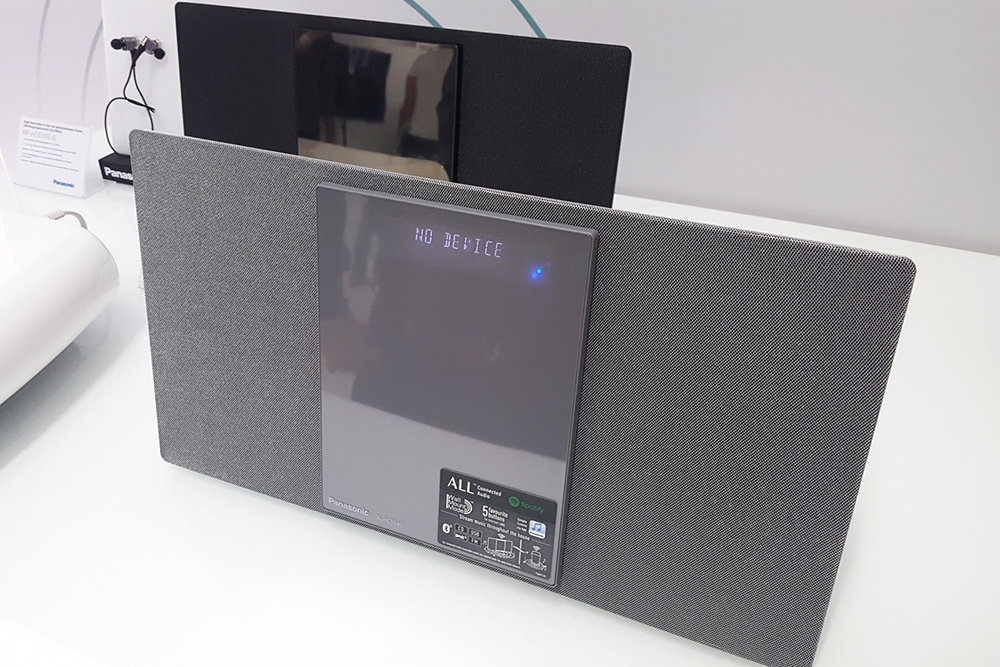 No one will remember the model number of Panasonic’s SC-HC1040EGS (€249), but they might remember it for offering probably more entertainment options than any other compact system at High End 2017. The system incorporates a CD player behind its front panel, as well as DAB+ digital radio, Spotify Connect, Bluetooth, USB input, and ALL (formerly known as Qualcomm AllPlay) for accessing networked computers and hard drives. It’s available in white, gray, and blue. 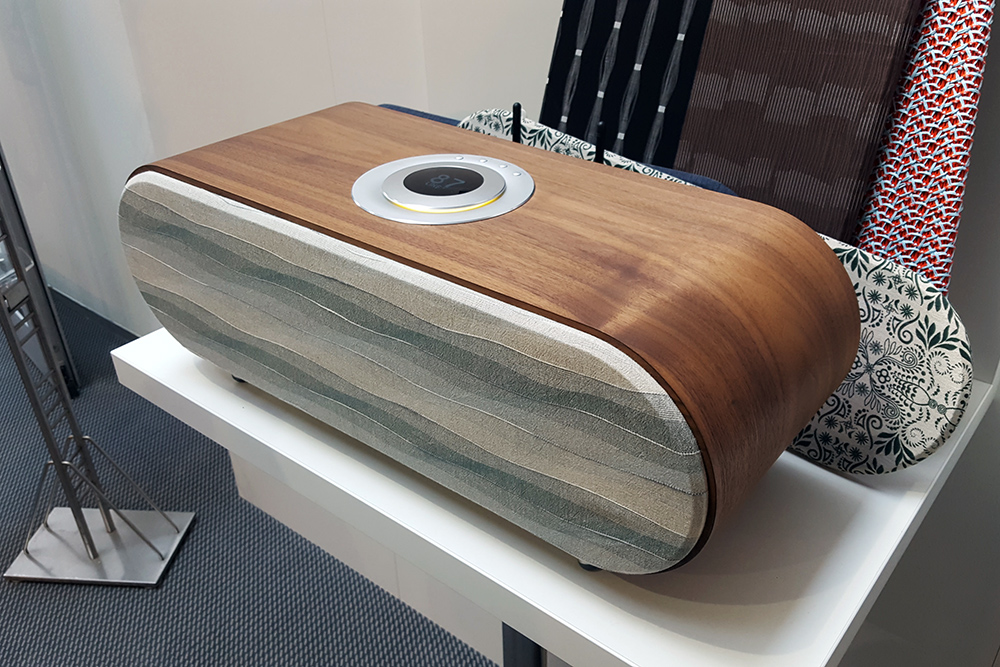 TEAC’s New Vintage wireless speaker combines substantial sonic horsepower with classic, almost Dutch modern design. The walnut cabinet houses two 1" tweeters mounted concentrically inside 5.25" woofers, plus a couple of 4.5" passive radiators on the back. With Bluetooth, AirPlay, and Chromecast, there are plenty of wireless options built in, as well as 3.5mm analog plus TosLink optical and USB digital inputs. TEAC is contemplating hiring local designers to create fabric grilles customized for their own regional markets. Price has yet to be determined but is expected to be about €1500.