Every time I told someone that I was covering racks and stands at Munich’s High End, they laughed. Why doesn’t this category get more respect? After all, every one of us audio enthusiasts uses these things, and they can improve the performance of a system as much as they improve the look. I picked out a few of the coolest racks and stands from High End 2017 to share with you here, with prices in euros or USD as specified. 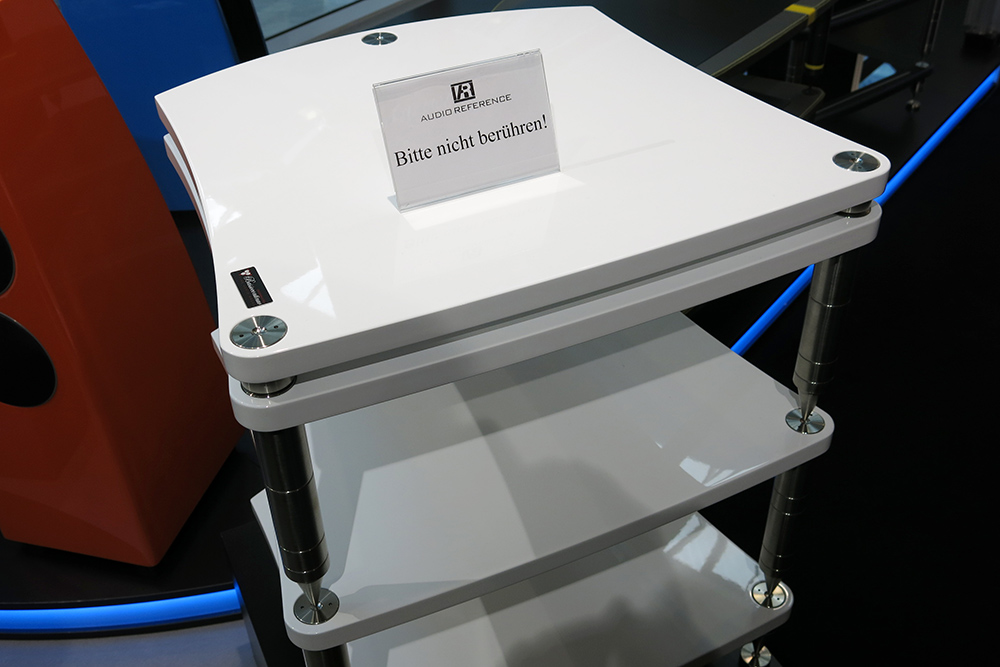 Bassocontinuo’s new Accordeon rack isolates its shelves using tiny (about 6mm) bearings made from Torlon, an ultra-durable material commonly used for valve seats and electrical and thermal insulators. It’s available in 16 standard finishes, including four different woodgrains, two leather finishes, and carbon fiber. Unfortunately, the price has yet to be determined. 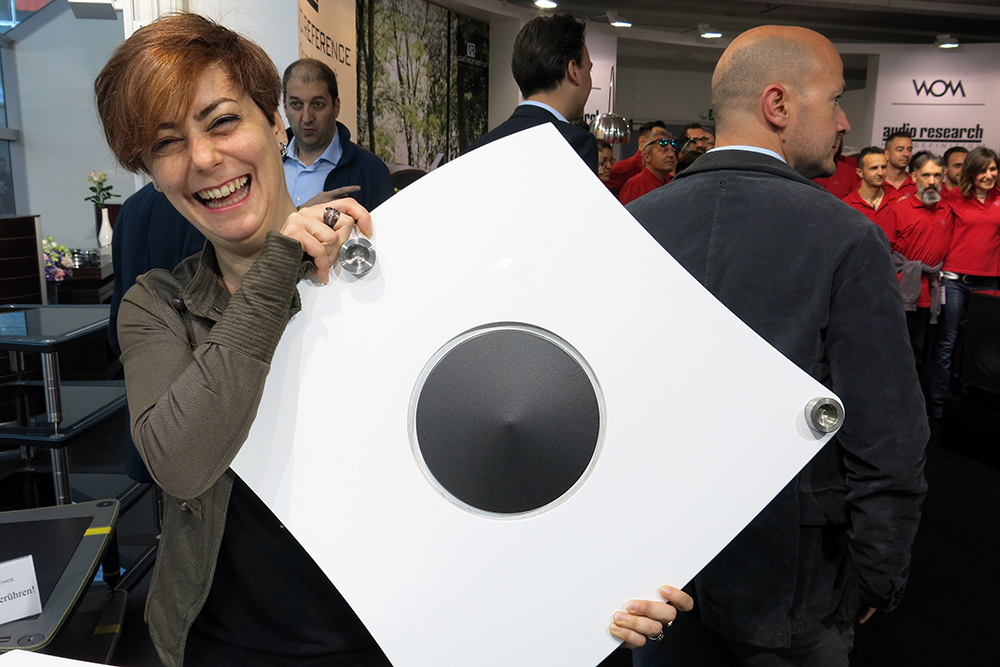 Bassocontinuo’s Paola Belloli shows off one of the coolest features of the Accordeon rack: a shelf built specifically for turntables, with a damper underneath that’s designed to help absorb the vibrations that a turntable typically produces. 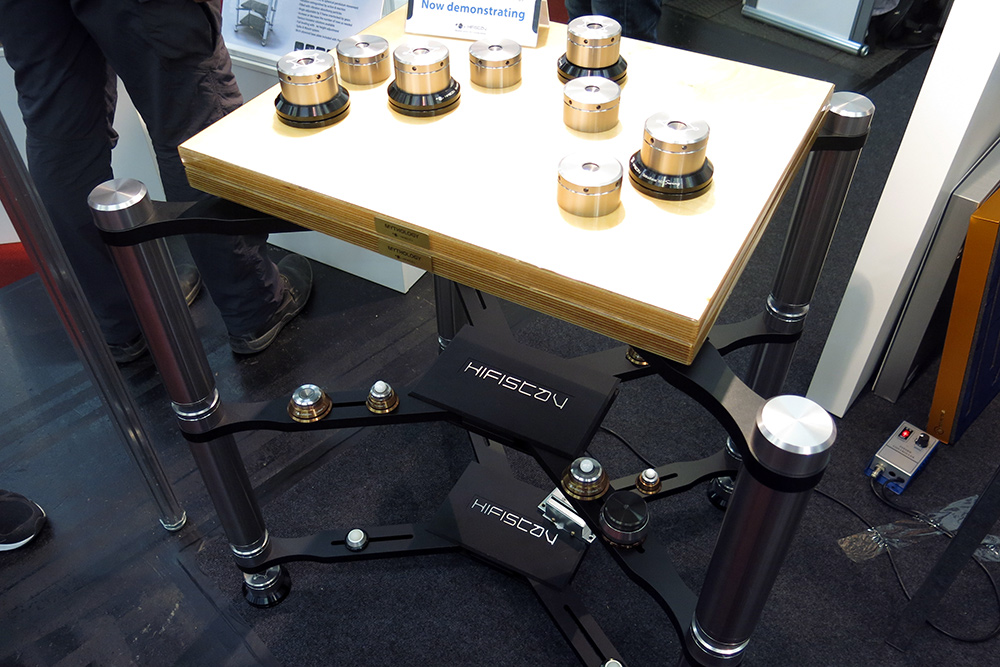 Almost all manufacturers of equipment racks claim their products isolate your gear from vibration, but South Korean company HiFiStay actually demonstrated it at High End. The company placed a vibrator on the bottom plate of one of its racks and asked me to touch the metal rack itself. It vibrated with roughly the intensity of a blender furiously grinding ice for a frozen margarita. Then they asked me to touch the top plate, which didn’t seem to be vibrating at all. The secret lies in the ceramic ball isolators below the plate. Various options are available, but the rack shown here runs about €6600, or €2200 per tier. 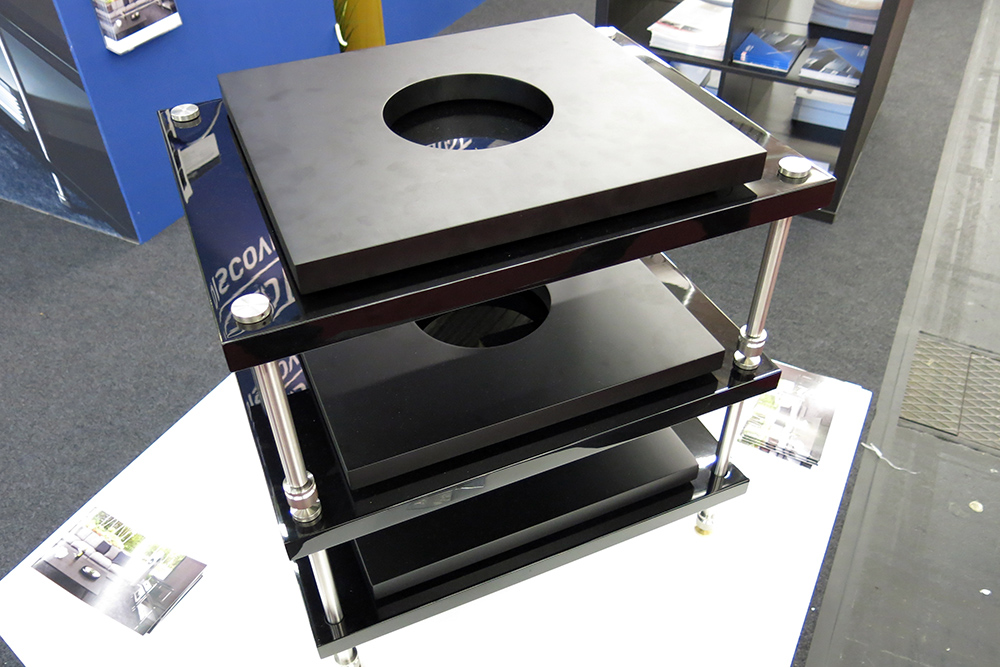 Blue Horizon’s PRS stand is modular and upgradeable, so if you switch to larger or smaller components in the future, you can easily modify the stand to accommodate. It’s available in white, black, or bamboo, as well as with no vibration isolation, with isolation platforms, and with isolation feet for each shelf. Prices for a rack like the one shown here run from about €2000 to €3500 depending on options. 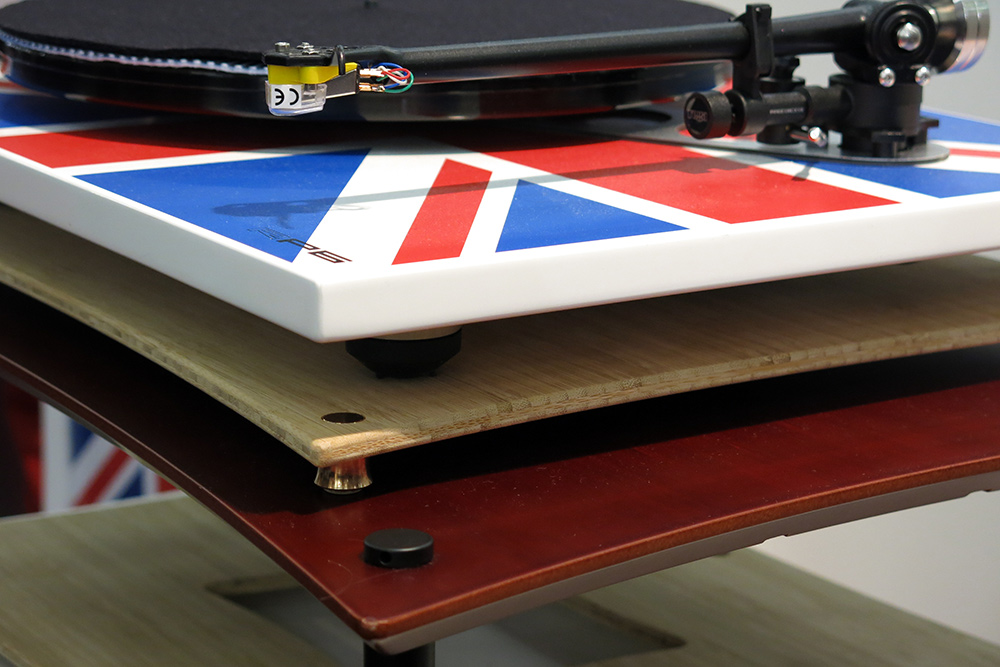 Quadraspire’s Soundstage platforms (€139) were designed with simple systems in mind. After all, if your system uses just a single component, such as integrated amp with a built-in DAC and streaming, you really don’t need a whole rack. Each of the thin, unfinished bamboo platforms rests on four phosphor-bronze spiked feet. If you like, you can remove a foot and move another to the center to create a three-footed platform. 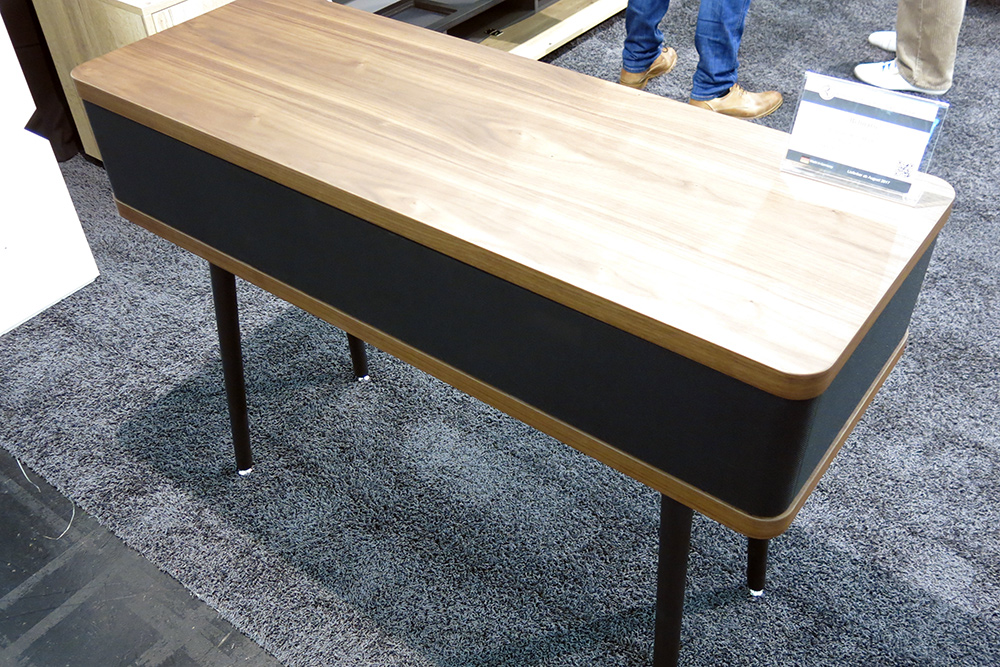 The Belmaro Reto High (€649) stand from Roterring Möbelmanufaktur is ideal for those who crave better TV sound than a soundbar offers, but want a sleek look, too. The front of the stand is made from a thin, acoustically transparent fabric, so you can put speakers and electronics behind it and the remote control will work right through the fabric. Put the TV on top and you have a mini home theater that looks like nothing more than an ordinary TV. 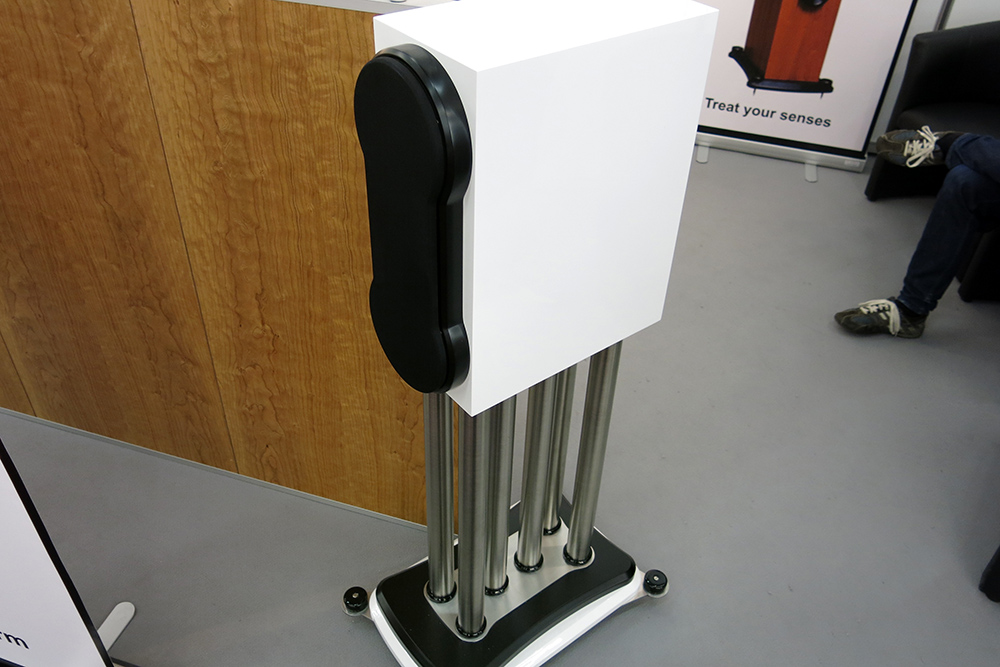 The SoundStructures speaker stand shown here runs about €1100 per pair and looks like it could easily support the rear half of an SUV. It’s available with bottom platforms in four stock finishes, and legs in either aluminum or black finish (or in stainless steel for an upcharge). Top platforms are offered in four sizes. 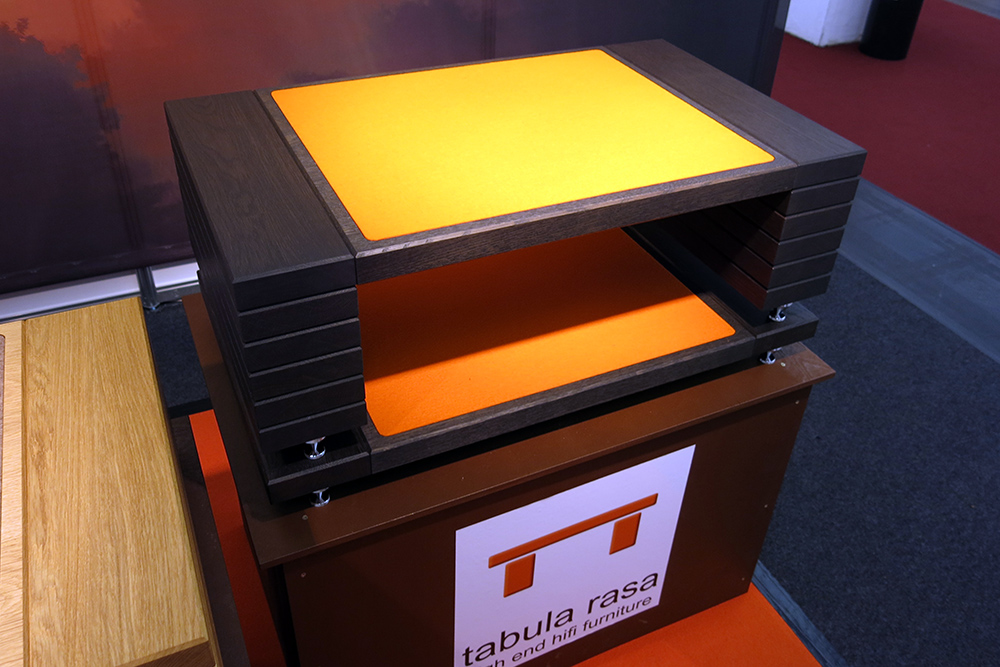 Tabula Rasa’s Organic Materia stands look robust enough to support industrial machinery, so audio gear should be no trouble for them. They’re made from solid oak, and the shelves have spaces filled with sand and covered with natural wool to help isolate audio components from vibration. They’re priced based on the height of the legs. The single-height unit at the bottom costs €2200, while the one on top with five spacers underneath runs €3450.