This year’s High End show had plenty of introductions of reasonably priced electronic components, even though I would say that many of them were network-streaming products. And even those that were not, like integrated amplifiers, preamplifiers, and DACs, often had streaming capabilities built into them. So, while my colleague Gordon Brockhouse, of SoundStage! Simplifi, concentrated his efforts on streaming-type products, I found a few more intriguing electronic component introductions from High End 2019 that were not mostly streaming-based. All prices are in euros (€) or US dollars ($). 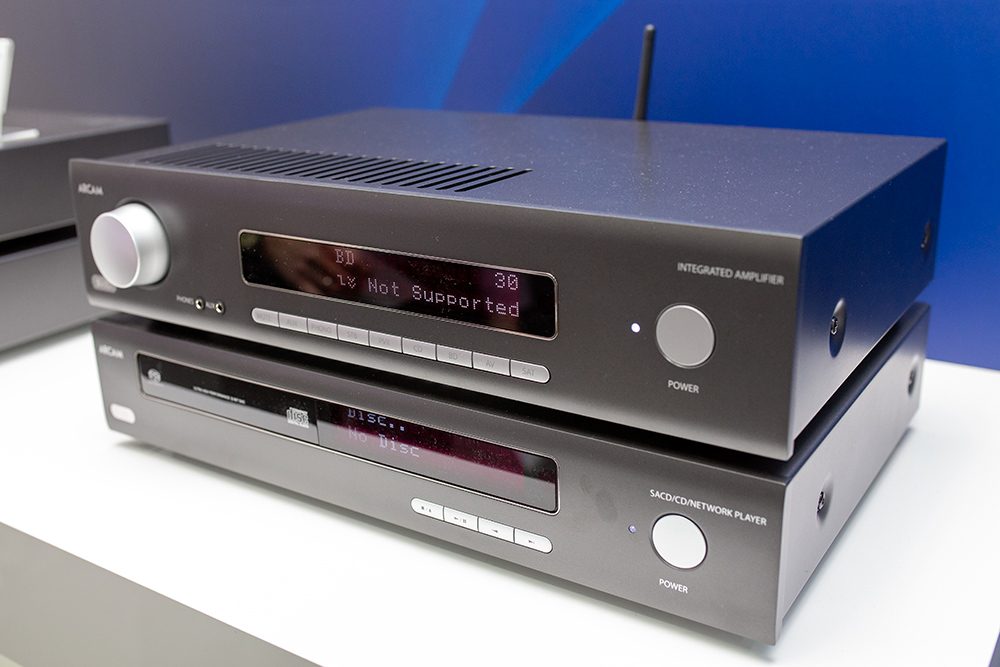 I have always been a fan of Arcam, having owned an Alpha 5 integrated amplifier and DiVA AVR100 surround-sound receiver back in the day. At High End 2019, Arcam was showing the new SA30 (top component in photo), the new top-of-the line in their HDA range of integrated amplifiers. Rated at 120Wpc into 8 ohms or 220Wpc into 4 ohms, the SA30 utilizes Arcam’s class-G amplifier topology with the first 20W biased into class-A.

The SA30 has a full suite of analog inputs, including a switchable MM/MC phono input, as well as coaxial, TosLink, HDMI, Ethernet, and USB digital inputs. It is also compatible with Chromecast and AirPlay 2. The SA30 uses an ESS Technology Sabre ESS9038 DAC chip. Perhaps most intriguing to me is the inclusion of the full version of Dirac Live room correction. The projected release date of the SA30 is September 2019, with a price of around €2400. 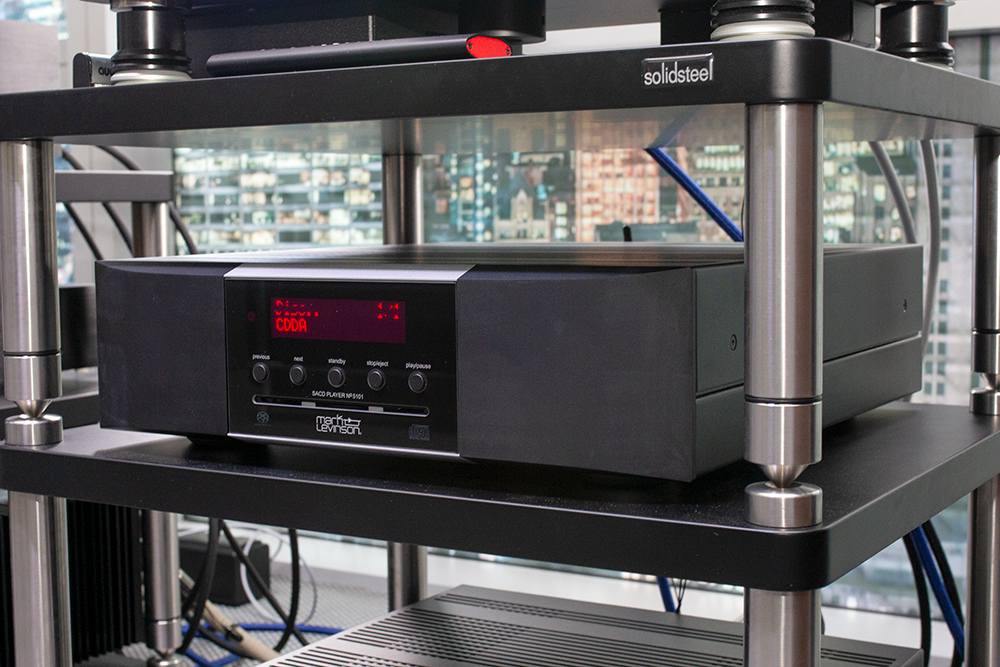 The digital section of Mark Levinson’s new No.5101 CD/SACD-network player is largely based on Arcam’s CDS50 platform (Arcam is now part of Harman International, which includes such brands as Mark Levinson, Revel, JBL, and others). However, according to Todd Eichenbaum, director of engineering for Mark Levinson, the rest of the No.5101 is all Levinson, with a large linear power supply, a slot-load optical drive, a fully balanced and discrete current-to-voltage converter based on their 5000-series integrated amplifiers, and a PurePath class-A line output stage. Indeed, the No.5101 is a very substantial piece of audio equipment. I think that the cosmetics of the 5000 series are particularly modern and attractive looking.

Although not its primary purpose, the No.5101 can stream files through Ethernet or Wi-Fi from network-connected devices such as NAS, DLNA, and UPnP devices, as well as USB-connected drives. It has both coaxial and TosLink digital inputs. The No.5101 is expected to be available in Q4 of this year at an estimated price of $5500. 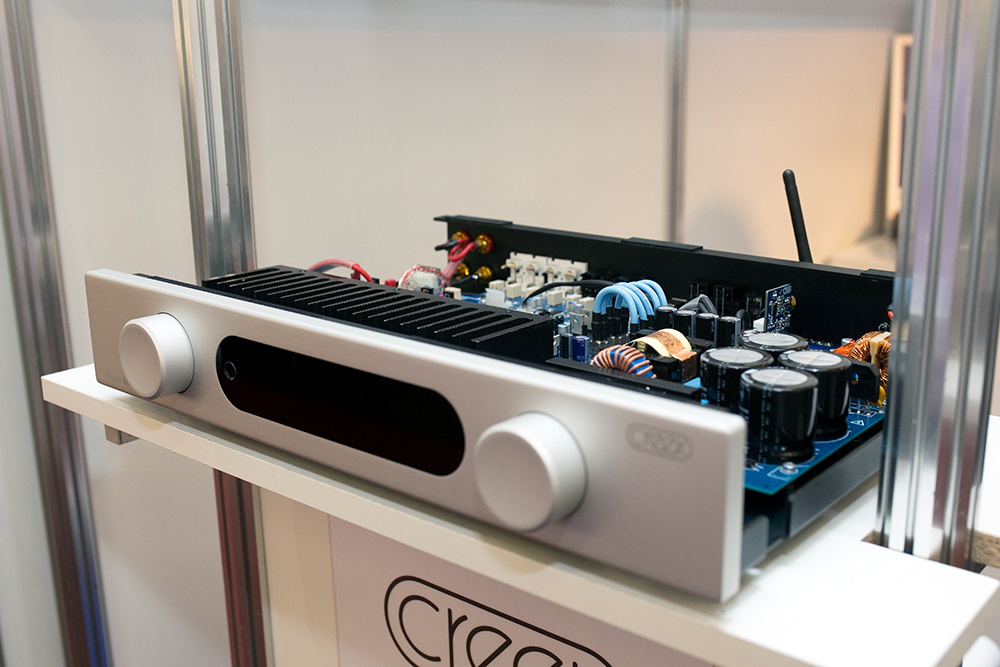 Mike Creek from Creek Audio Ltd. was on hand at High End 2019 to show two models from his new Voyage series. The Voyage i20 . . . 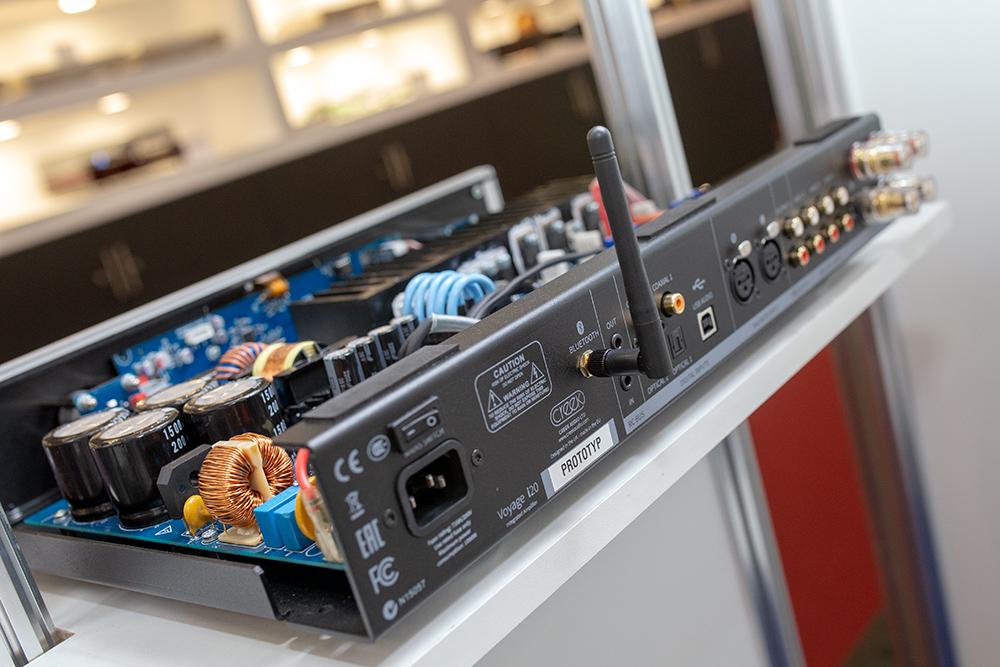 . . . is an integrated amplifier that is rated to output 120Wpc into 8 ohms or 240Wpc into 4 ohms. It has six digital inputs -- two each on coaxial and TosLink, one USB, and Bluetooth, all of which feed an AKM DAC. Both balanced and single-ended inputs are included, as well as single-ended preamp outputs. 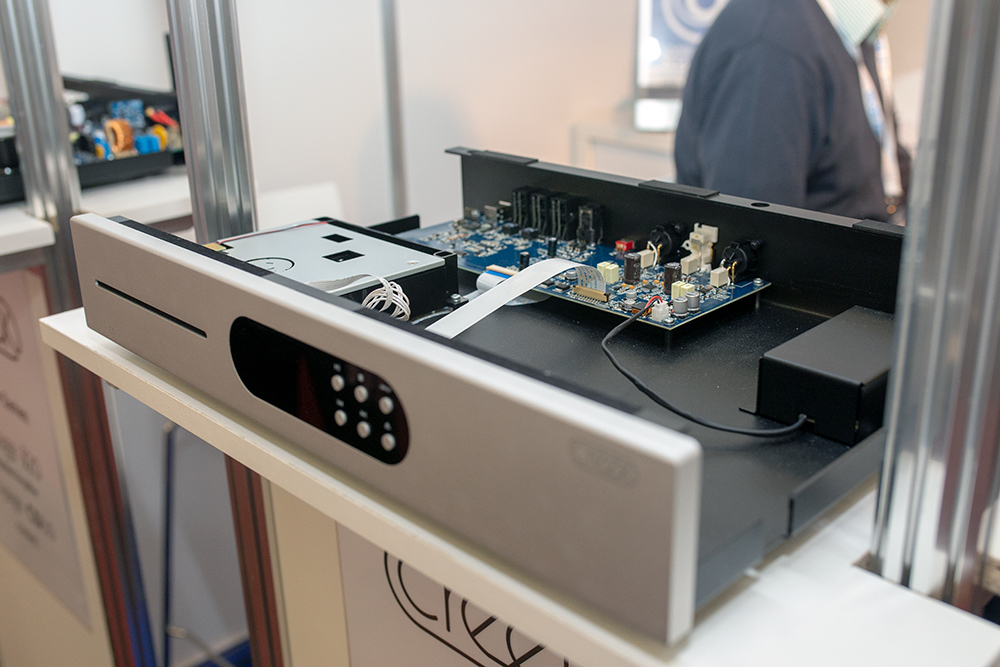 The Voyage CD10 has a slot-load CD drive, and will accept DSD and PCM bitstreams through its digital inputs: coaxial, TosLink, and USB. It also has coaxial and TosLink digital outputs. Analog outputs are available on both XLR and RCA connections. Prices for both the i20 and CD10 are yet to be determined, but they will likely be available this autumn. 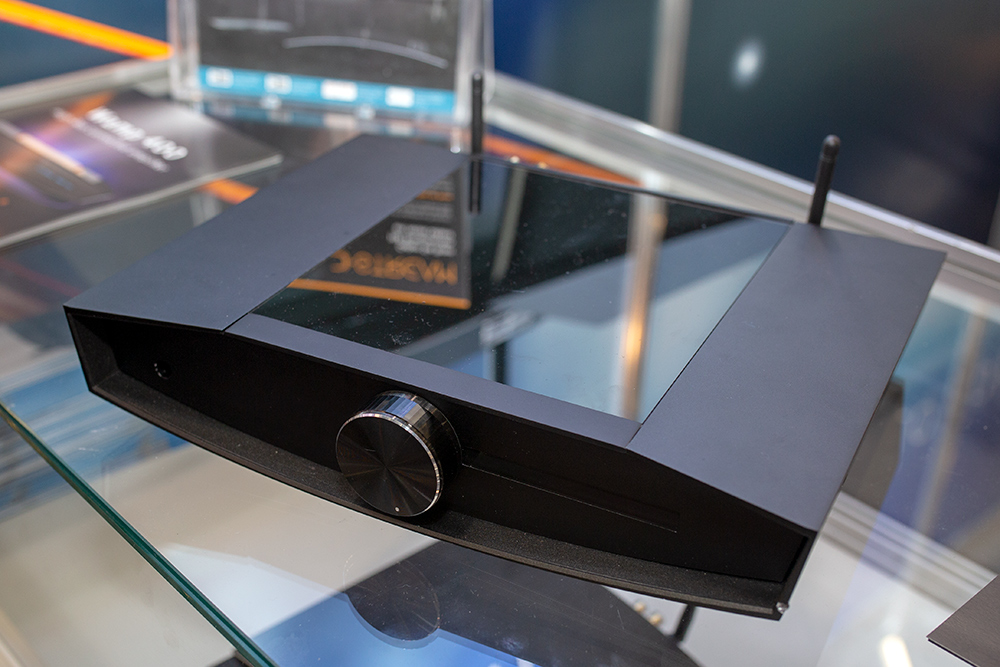 D-Stream was showing an early prototype of their WAMP 400 integrated amplifier, which is rated to deliver 60Wpc. Its digital connections will consist of coaxial, TosLink, HDMI, and Ethernet, in addition to wireless capability through Wi-Fi and Bluetooth. When the WAMP 400 becomes available, Tidal, Qobuz, Deezer, Spotify, and Napster will be supported. It will also have a single set of stereo RCA inputs for legacy devices with only analog outputs. The WAMP 400 will be available in about six months for $795.