After four hours of sleep, a 5 a.m. departure from Toronto, and a five-hour drive in shitty, snowy conditions, I was not in a patient, receptive state of mind. I usually arrive at the Hotel Bonaventure, site of the Montreal Audio Fest (formerly called Salon Son & Image), later on Thursday night and start meandering around the show on Friday morning, fresh after a nice breakfast and an imperial quart of coffee.

But there I was, Friday at noon, crusty and mean spirited, just rolling into town. I checked in, threw my bags in my room, and hit the beat. The first stop was the Wynn Audio room, featuring massive Tidal Sunray speakers. Here, I figured, I’d be inspired and refreshed by a statement-level system -- the perfect place to get my head screwed on tight. 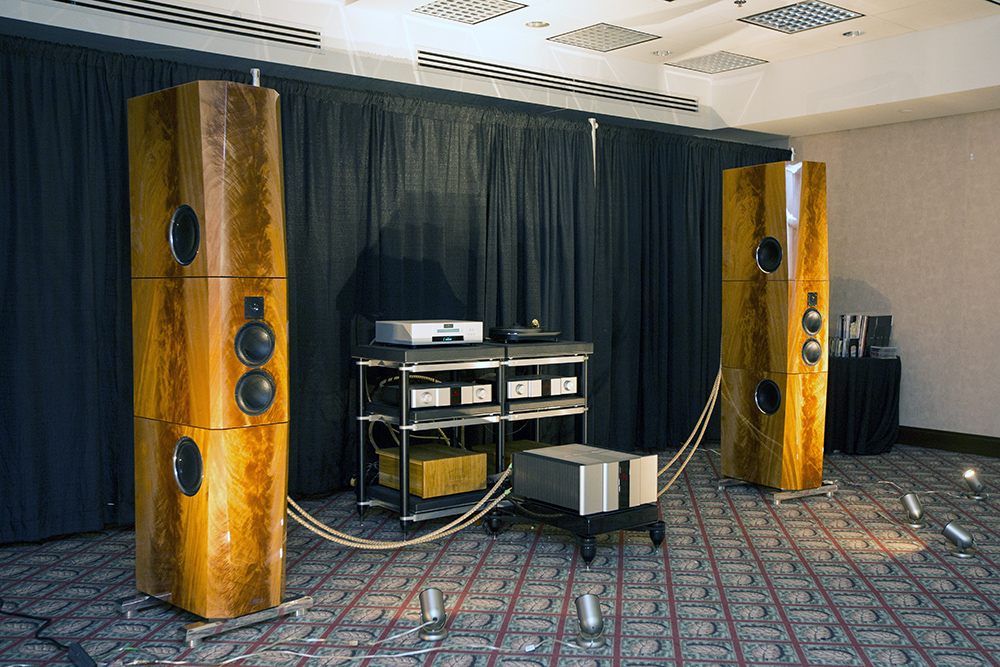 After listening for a while, I became perplexed, working my way toward angry. The first two tracks were solo bass, with a gentle ride cymbal swishing away over the top. Further muddying the waters, the volume level was quite low, which meant the presentation had to fight with Led Zeppelin’s “Rock and Roll” playing a good deal louder in the Tannoy room across the hall.

What the hell was the point of this exercise? Drag me in from Toronto (so reasoned my addled mind) and condescend to me with insipid music? Bah! I stood up as angrily as my meek Canadian manners would allow and quietly stormed out.

Muttering to myself as I walked down the hallway, I caught wind of a song from my youth. Thomas Dolby’s “I Scare Myself” wafted out from the room of Audio by Mark Jones, a retailer based out of Whitby, Ontario. As if grabbed by my nose ring, I listed into the room and flopped into the sweet seat.

My anger evaporated, and beautiful, richly detailed sound washed over me. This track -- scraped off Mark Jones’s original, from-his-youth 45rpm 12" single -- is what audio, hi-fi, stereos, and music are all about. I could see into the sound and feel the music in my bones. Realistic and detailed without drifting to brightness, with depth and imaging that told a story. 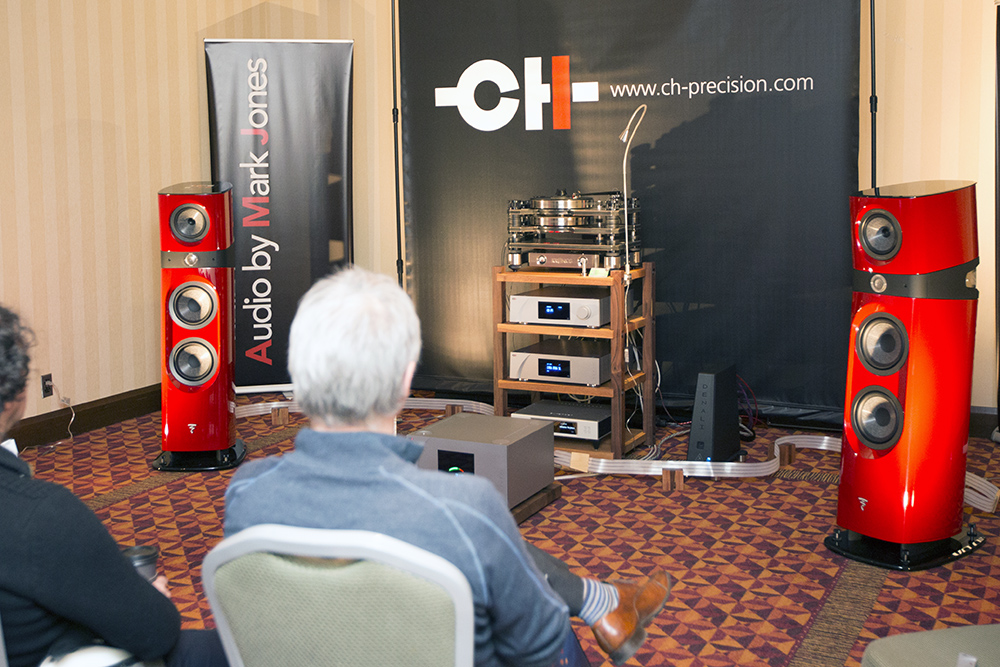 The (very red) speakers were Focal Sopra No3s ($25,000 per pair), which were wired up with Nordost Valhalla 2.

Was it the music or was it the system that affected me so? My sleep deprivation may have made me malleable to suggestion from the music of my youth; there is that possibility. But it could also have simply been the combination of a damn good system and music redolent with emotion.

It’s Friday night now, and first thing Saturday morning I’m going to head back down to the Wynn Audio room and insist that they play some real music. Stay tuned for a re-evaluation of that system.