So many new speakers! Year 2018 was an anomaly, with more speaker introductions at Montreal Audio Fest than I’ve seen in recent memory. Let’s get to it with our third installment on loudspeakers -- all prices in Canadian dollars. 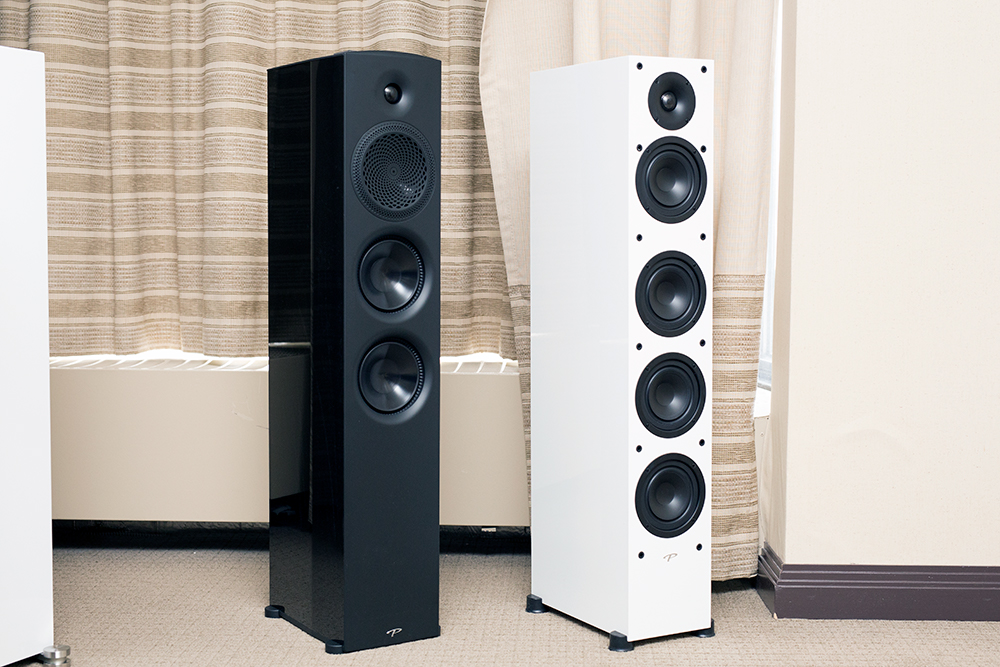 While it’s not every day that a manufacturer the size of Paradigm introduces a new speaker series, the company does seem to be on a tear lately. So not one new series, but two, made their debut at this year’s Montreal Audio Fest.

Here’s the floorstanding Monitor SE 6000F in Gloss White. It’s a five-driver three-way tower, with the tweeter protected by Paradigm’s Perforated Phase-Aligning (PPA) lens. At an extremely reasonable $1098 per pair, the Monitor SE 6000F looks to be a serious bargain.

Sitting next to the Monitor SE is the largest tower speaker in the also-new Premier line, the 800F. The 800F is a four-driver three-way. While the 800F’s retail price of $2490 per pair seems a bit spendy compared to the SE 6000F, the more expensive speaker is built to a higher standard. Like its less expensive brother, the 800F incorporates a PPA lens over the tweeter, as well as another over the midrange. 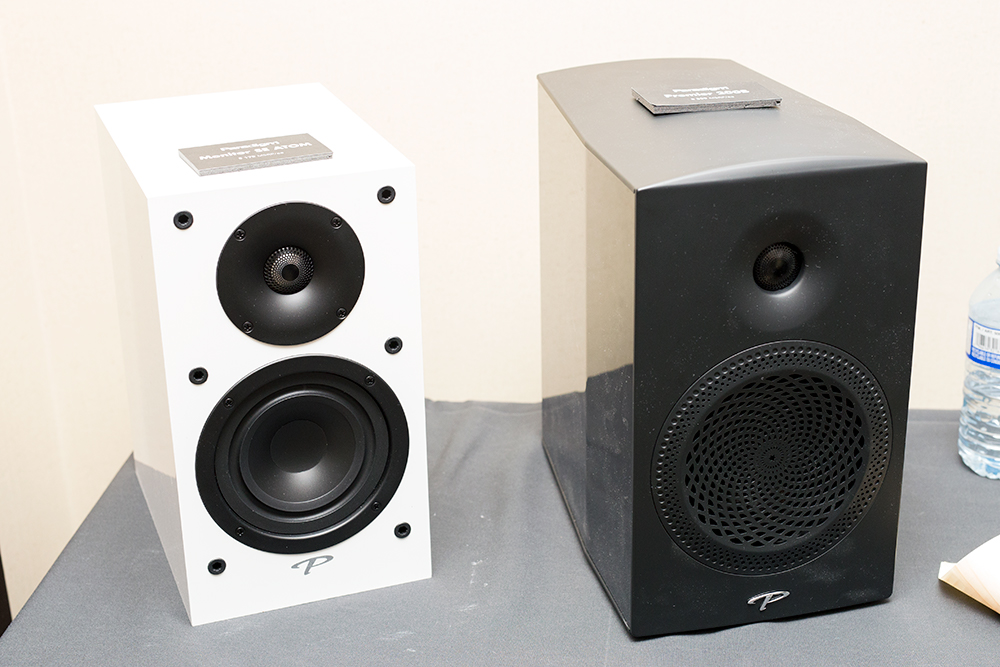 Within the same product lines, Paradigm also displayed the blast-from-the-past Monitor SE Atom, a cute-as-the-dickens bookshelf model that retails for a giveaway price of $358 per pair. Right next door to the Atom sat the upmarket Premier 200B monitor, for which you’ll need to shell out a still-reasonable $1198 per pair. 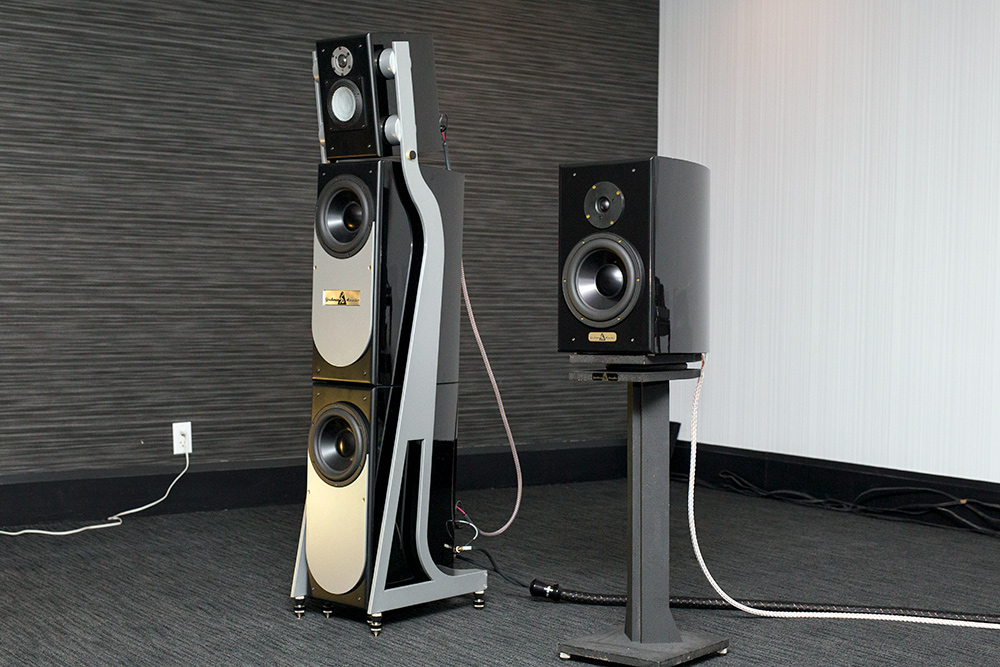 Gershman Acoustics was playing two nearly new speakers that look mighty interesting. At the achievable price of $3600 per pair, the Studio II monitor consists of an 8" woofer and a 1" soft-dome tweeter. The cabinets are constructed from 1.75"-thick HDF, and feel remarkably solid. The Studio II appears to be a fair bit of speaker for the money.

Snuggled right up to the Studio II was the not-really-attainable, aptly named $129,000-per-pair Posh loudspeaker. Comprising two separate cabinets suspended by machined steel spars, the Posh appears to be built without regard to cost. 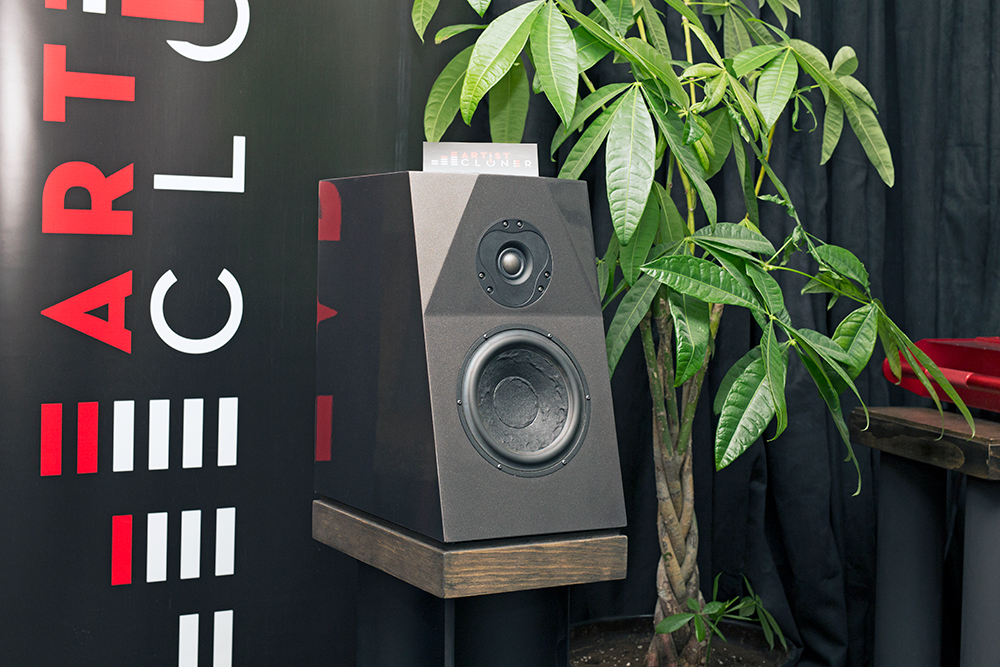 Rounding out the formidable ArtistCloner system is the new Rebel Reference speaker, which retails for $22,299 per pair, including the imposing stands. The Rebel Reference is a two-way employing a top-quality 7" Scan-Speak midrange-woofer and a 1" soft-dome tweeter, and it’s quite striking, both in appearance and sound. 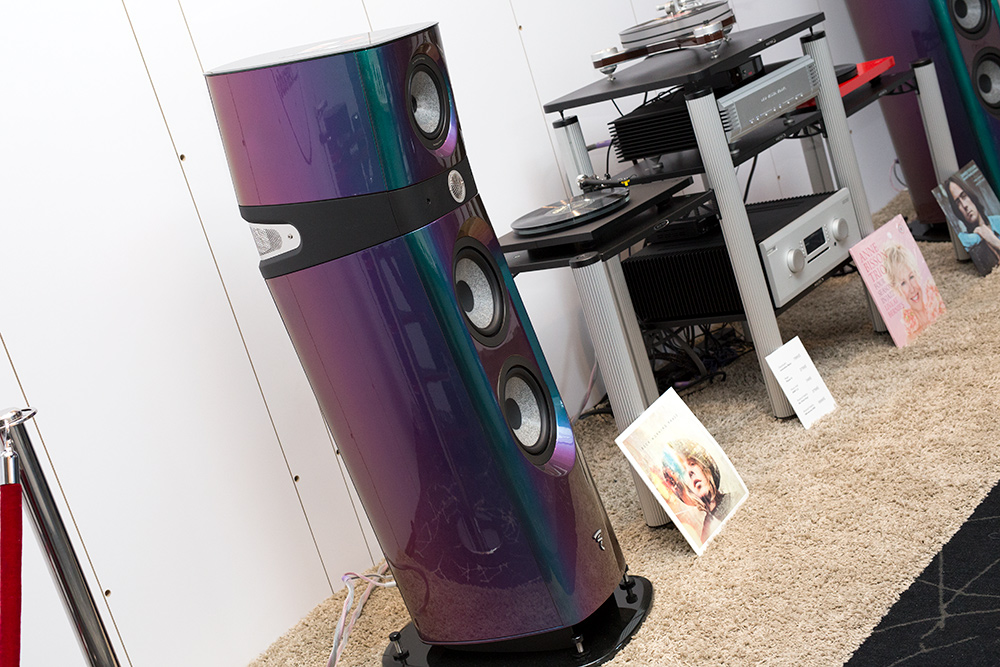 While it’s not a new speaker, the Focal Sopra No3 cloaked in the new Chameleon paint finish that distributor Plurison had on display is definitely worth a mention. This crazy, flipped metallic finish . . . 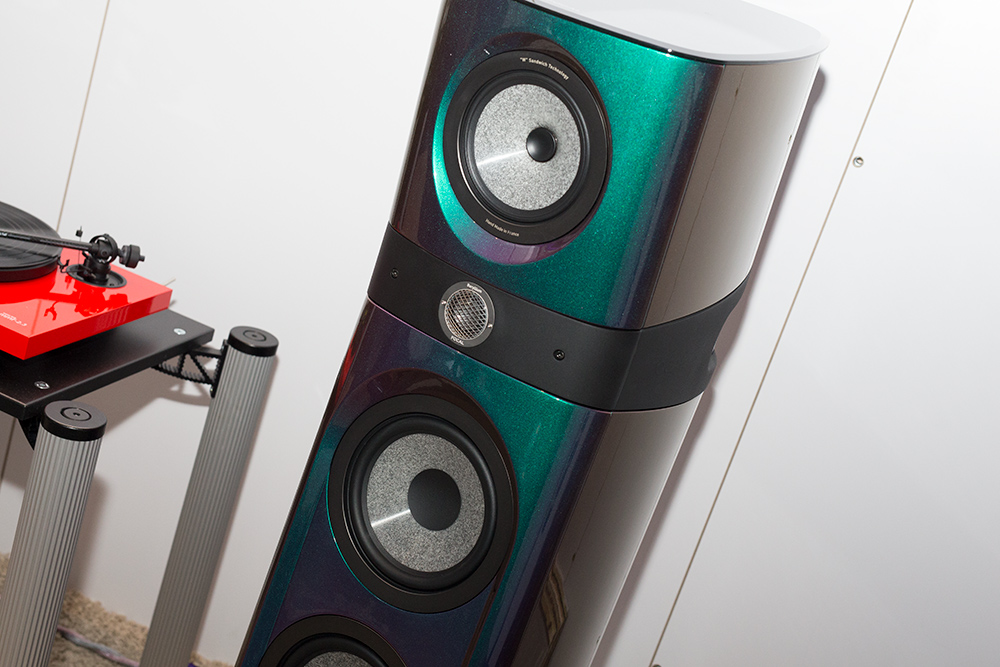 . . . changes color depending on the angle of the light and is absolutely stunning. Look at it one way and it’s green. Change your viewing angle and it’s blue. This is definitely a speaker for an extrovert. There’s no way these speakers would disappear into a room.

The Chameleon finish is available on all Sopra models for a 20 percent upcharge. 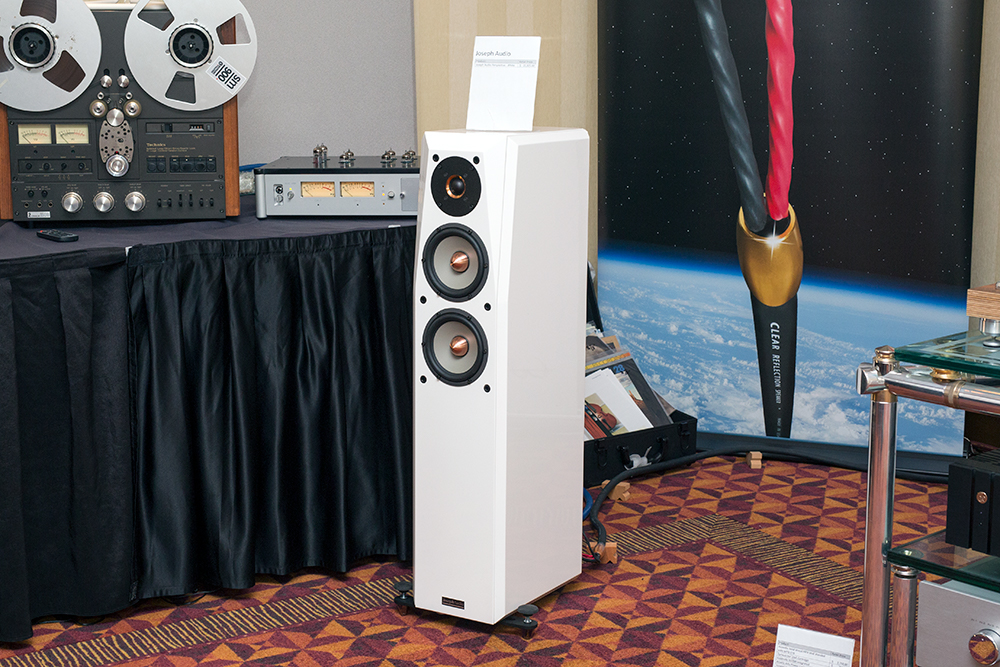 The Joseph Audio Perspective loudspeaker ($15,825 per pair) isn’t new -- it debuted in Montreal in 2011, back when the show was called Salon Son & Image -- but its new high-gloss white finish is. Founder Jeff Joseph told us that the finish was created for the European market, but people liked it so much that it will be available everywhere.