The Last Installment: Expensive Products I Would Buy

High-end audio is fragmenting. There are companies such as KEF and Devialet -- Doug Schneider favorites, written about ad nauseum -- that are pushing the performance envelope at lower price points further than anyone could have imagined just a few years ago. At the higher prices, there are research-driven companies such as Vivid and Magico that are doing the same at the outer limits of what is possible.

But we just have to say it: there's a lot of crap out there, too -- and a lot of it was on display at RMAF 2012. Am I jaded? Doug Schneider says that I am, and he's probably right. But the reality for me is that when I think about actually writing a check for the retail price of much of this gear, I want to vomit. No frickin' way! Still, all is not lost. Here are the standout products that I would buy today, take home from the show, and not look back. 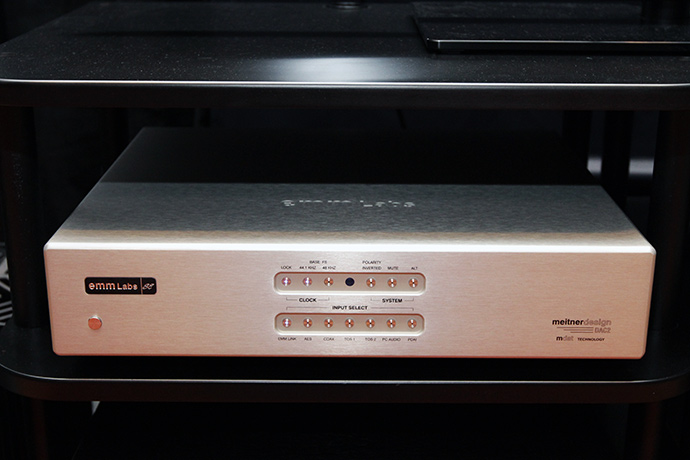 The EMM Labs DAC2X costs $15,500 -- a lot of money for a DAC. However, this is the flagship model from a company that has been building high-performance DACs for many years. It does what you would want a DAC at that price to do: it accepts 24/192 across all of its six inputs, and does DSD via USB. There are many Ed Meitner technologies in the DAC2X -- such as the MFAST signal acquisition circuit that's designed to remove jitter, as well as custom-made discrete DACs -- all included to improve your listening experience. At a time when cost-no-object digital has escalated past the six-figure mark, I wonder this: do you need more than a DAC2X for a state-of-the-art audio system? 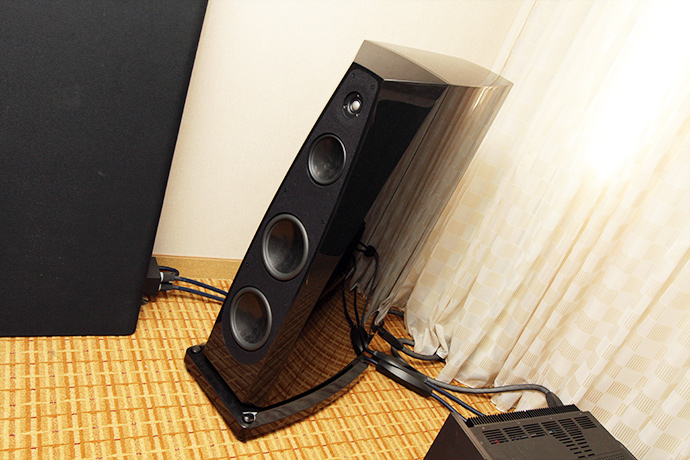 Rockport Technologies' Avior loudspeakers made great music at RMAF 2012. A live Boz Scaggs cut I heard sounded ultra-realistic -- present, balanced, and full -- despite a very small listening room. The Avior loudspeakers are simply gorgeous in both build and sound. These speakers, although priced at $29,500 per pair, are easily worth the money in my book. If you buy these loudspeakers, you can rest assured that Andy Payor has personally measured your pair, and you can therefore be confident that you are receiving what you paid your hard-earned dollars for: a thoroughly engineered and tested loudspeaker put together with great passion and skill. 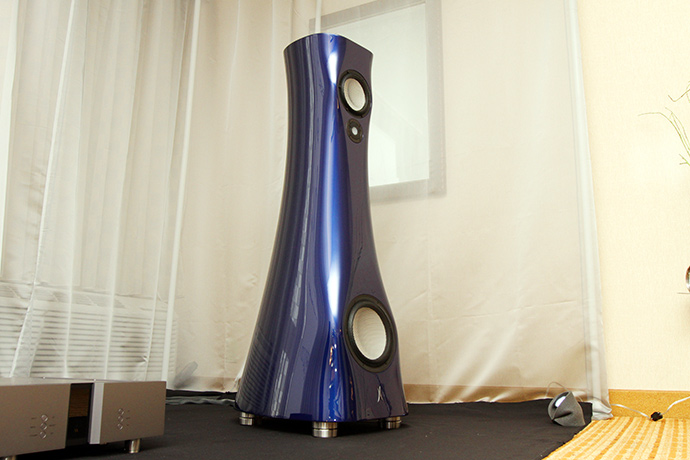 The Estelon XB might just be the best implementation of the Accuton drivers I've heard. Although lately -- and rightfully so, in my opinion -- I've been hard on speaker companies that don't make their own drive units, it was hard to ignore the fact that the XBs were open and fast, yet full and punchy. As well, the Estelon speakers look like fully finished, commercial-ready products, unlike so much that I saw at RMAF. The speakers' blue color and the overall shape of the cabinet is definitely something I would put into my listening room or living room. Of course, the marble-composite cabinets make the speakers look more like sculpture than glued-together boxes. Simply gorgeous in look and sound. 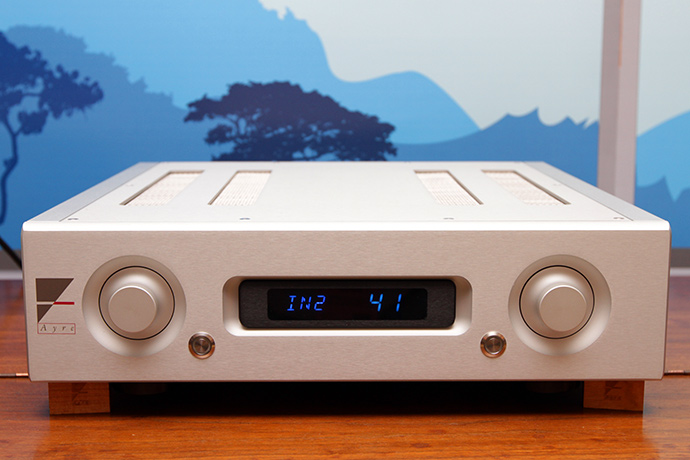 The Ayre AX-5 integrated amp is rumored to be priced just shy of ten grand. Pictures make it look a little small and inconsequential, but in real life the AX-5 is much more enticing. Ayre founder and chief designer Charles Hansen has developed a new output stage that he calls Diamond, and from what we heard from Vivid's G3 loudspeakers, its bass control is astounding. In fact, the Ayre reps were emphatic that the AX-5 could drive even some very large loudspeakers that we might pair it with when we review it in the near future.

Are there other expensive products at RMAF 2012 that I would buy? I'm sure there are. But I also saw a lot of gear that costs an arm and a leg while looking unfinished and ill-conceived, so I question whether there will be companies around to support it in years to come. The bottom line for me is that I am now, more than ever before, more careful about where I put my money. I suggest you do the same if you want to avoid what could be a costly mistake. Really, some of this stuff is just junk. The good news is that there are some really terrific products out there, such as the ones I wrote about. You'll have to write a big check to own them, but you'll be happy with them for years to come.