The 2017 Rocky Mountain Audio Fest has just wrapped up as I write this. It’s one of the best places in the world for audiophiles to hear the latest in speakers, and even though my time at this year’s show was rather short, I did get to see and hear quite a few interesting models making their debut in the US (or in a few cases, worldwide). I’ve already covered Focal’s new Kanta No2 speaker, and here are some of the other interesting new models I saw at RMAF. All prices in USD. 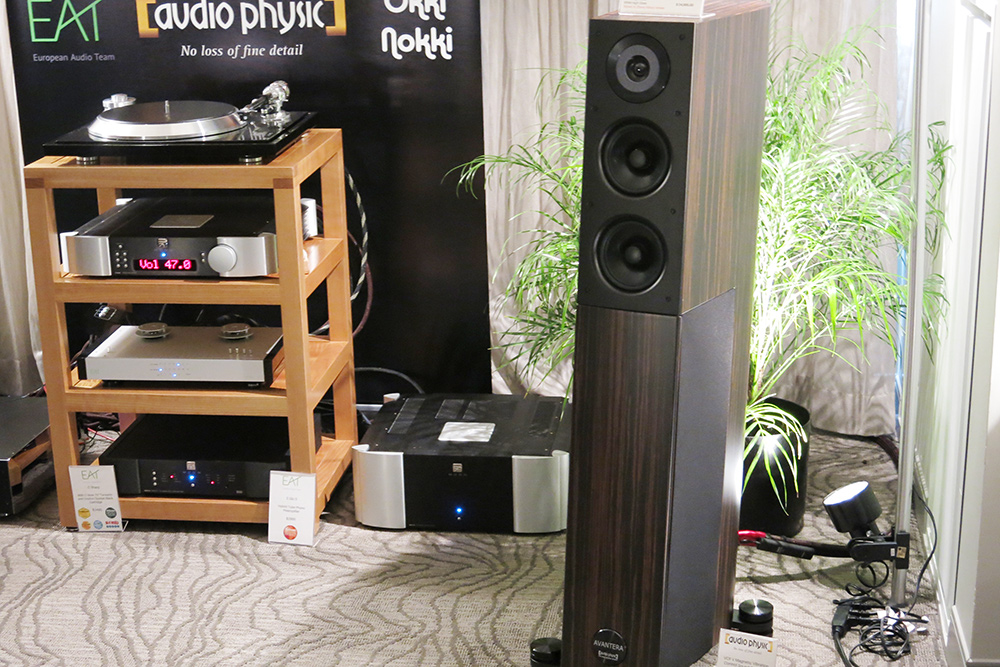 Audio Physic’s Avantera III looks nice on the outside, but most of its coolest tweaks are hidden out of sight. The woofer chamber is coated with ceramic foam normally used to filter molten metal; its extremely high surface area is said to provide excellent acoustical damping and allow the use of a smaller woofer enclosure. The tweeter is a 1.75" cone, which has its own enclosure, and the roughly 0.75" center cap reproduces higher frequencies while the outer cone area reproduces lower frequencies. The speaker is levitated on magnetic feet joined to each other with a specially designed fabric interface that keeps the speaker in place while isolating it from floor vibration (and keeping its vibration from leaking into the floor). Price is $22,995/pr. for cherry or walnut veneer, and $24,995/pr. for ebony veneer or black or white gloss finish. 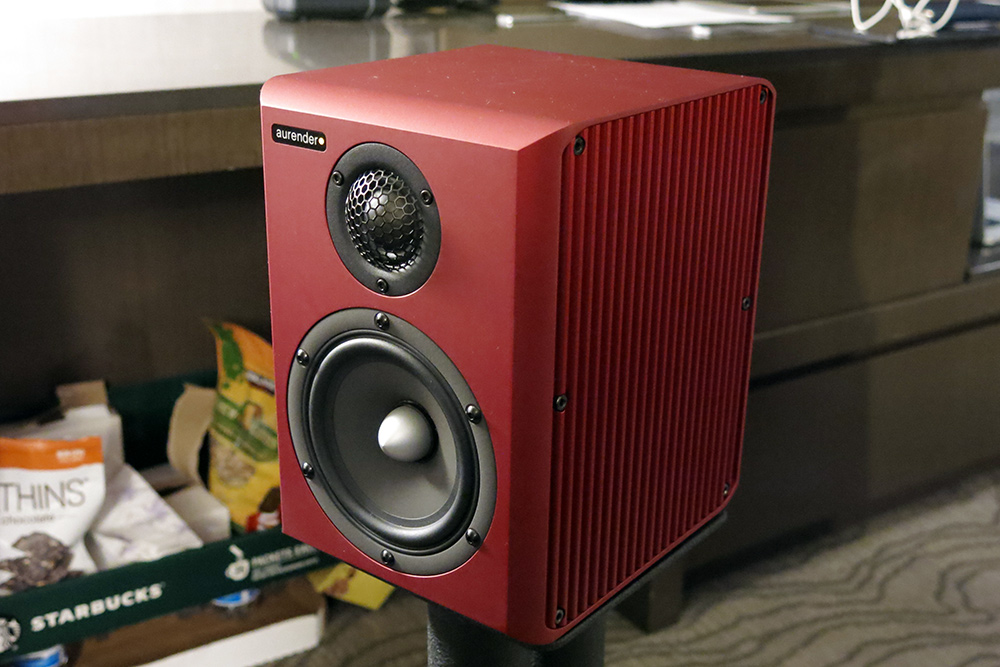 The S5W ($2999/pr.) is an especially impressive accomplishment when you consider it’s from Aurender, a company that specializes in music servers. It’s truly wireless, with each speaker powered by a 6A rechargeable battery said to deliver about 50 hours of running time. The S5W is about as technologically advanced as a speaker can get, with a digital crossover and separate 50W amps for the woofer and tweeter. A USB dongle connects to a computer, smartphone, or tablet, and transmits the chosen audio content to the speakers. 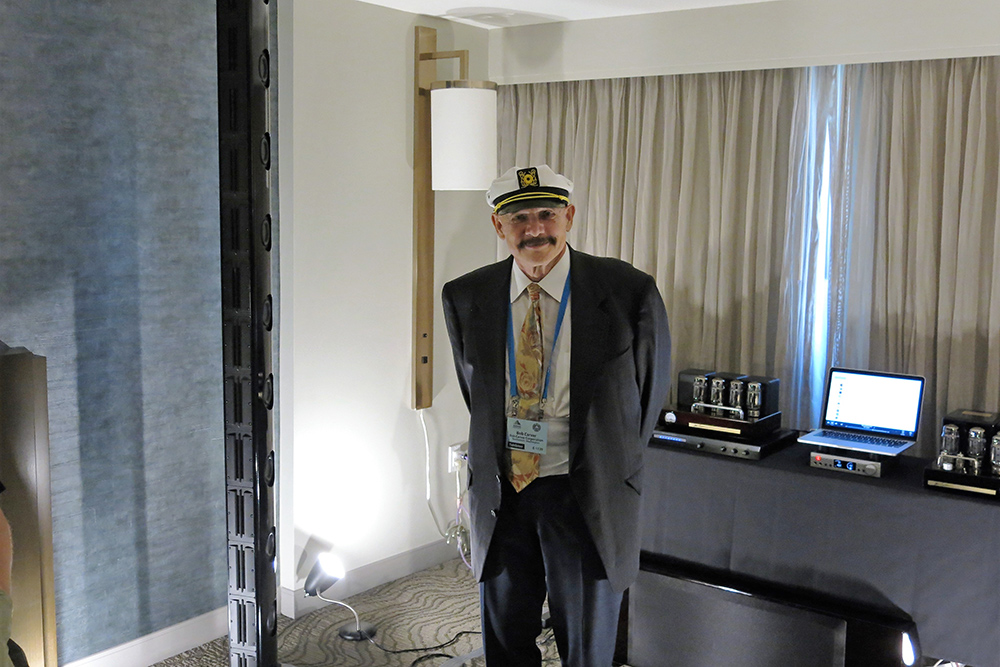 Famed audio designer and entrepreneur Bob Carver, who had more or less retired from the audio business, shocked RMAF attendees by showing up with new products, including his Amazing Line Source speakers, which he had demoed a few times years ago but never finished. Each speaker has 13 forward-firing ribbon tweeters, an extra tweeter to enhance the spatiality, and 18 side-firing midrange-woofers. A separate passive crossover box with Low Frequency Warmth, Upper Midrange Level, and High Frequency Level controls is supplied for each speaker. The system comes with a Sunfire SubRosa SRS-210R SYS flat subwoofer (which Carver designed), plus a matching SRA-2700EQ subwoofer amp. The products are now available at four dealers nationwide -- “down a little from the 500 I had when I ran Carver Corporation,” Carver quipped. 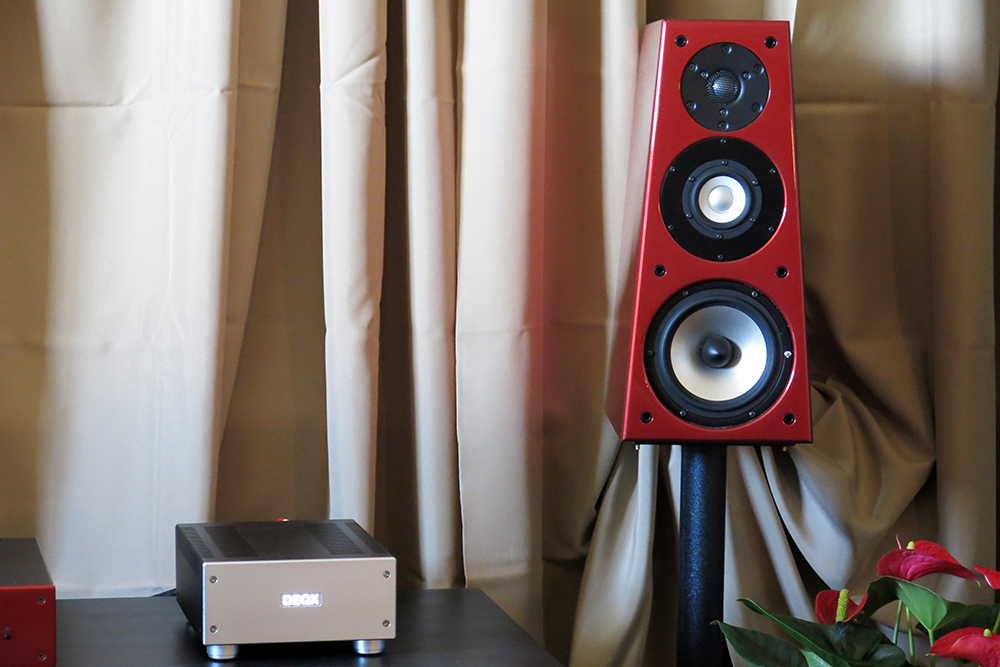 DEQX, a company that specializes in digital room- and speaker-correction systems, showed a complete system built around modified Legend Acoustics Isobaric Small Red (ISR) speakers, a DEQX A250x3 three-channel amp, and the DEQX HDP5 preamp/controller. The speaker is triamped, with 250W for the dual isobaric woofers, 250W for the midrange, and 100W for the tweeter. I just about fell out of my chair when DEQX’s Alan Langford told me the tweeter was crossed over to the midrange driver at 800Hz, but Langford explained to me that the HDP5’s digital crossovers allow a steep 96dB/octave (16th order!) filters, so the tweeter can run right down to its low-frequency limit, thus providing the widest possible dispersion. The speakers, two A250x3s, and an HDP5 cost $16,995 per set. 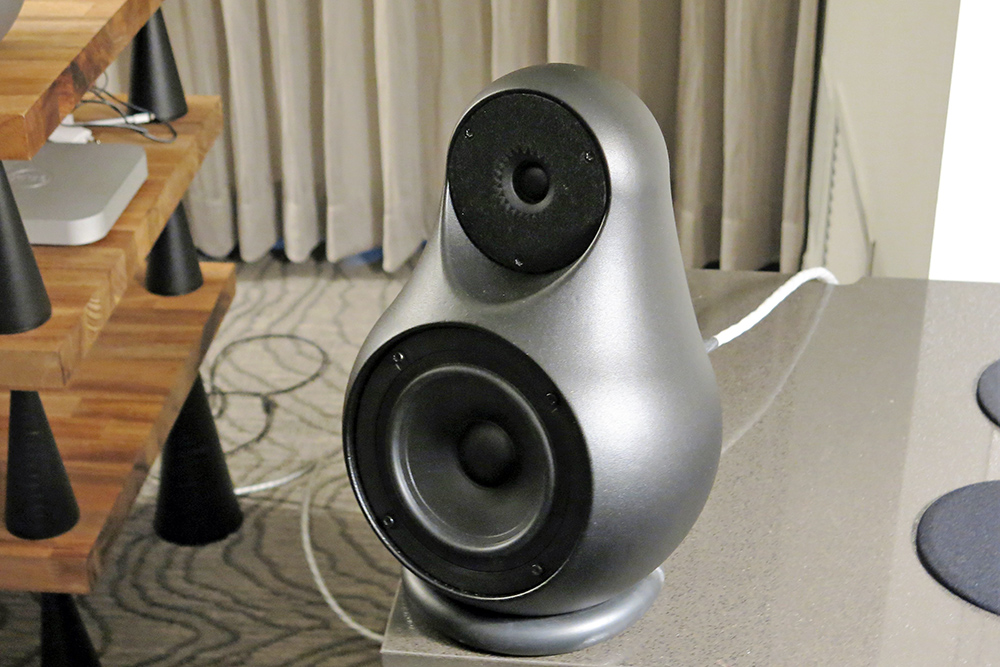 Jern, a company whose name means “iron” in Danish, builds its speakers from iron castings. Lifting one felt like lifting a big dumbbell at the gym; indeed, each one weighs 30.8 pounds. Obviously, the rounded cast-iron shape makes the speakers extremely rigid and resistant to vibration (not to mention earthquakes). The Model 14 shown here, the first Jern speaker demoed in the US, costs $899 each.