Not that many years ago, it was fairly easy to overlook turntables at any given audio show, since digital was where it was at. And although most audiophiles still play back their music digitally, whether through streaming or on disc, vinyl has gotten so big and relevant again you’d be a fool not to see what’s new. Below are some of the turntables and related products I saw at RMAF 2018 that I thought worth highlighting. All prices in USD. 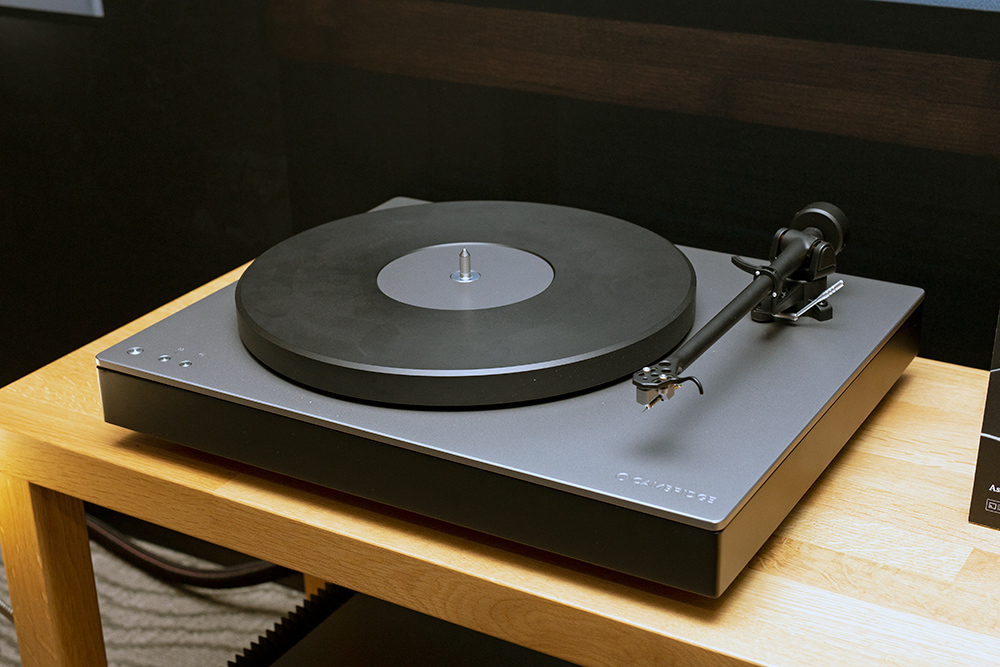 One of the most talked-about turntables at the show was Cambridge Audio’s new Alva TT -- Alva being phonograph-inventor Thomas Edison’s middle name. Priced at $1699, the Alva TT is a direct-drive design that has “medium torque,” purportedly for better sound. It comes with an Alva MC high-output moving-coil cartridge and what appears to be a Rega-made tonearm. Built in is a phono stage, so you can connect it to any line-level input on an integrated amplifier or standalone preamplifier, and -- get this -- it also has aptX HD Bluetooth streaming capability, so you can shoot the signal wirelessly to, say, a Bluetooth-capable active speaker or some other device in your house. With the Alva TT, vinyl meets the digital age. 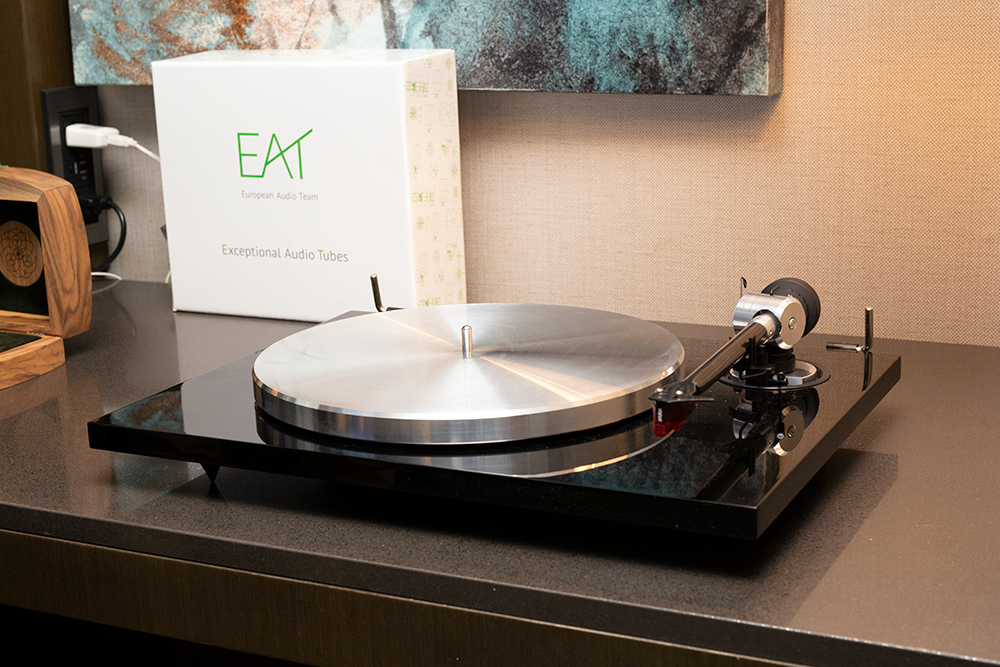 European Audio Team -- or EAT as most call the brand -- is fast becoming a formidable force on the turntable scene. At RMAF 2018, Vana Ltd., the North American distributor for EAT, showed a pre-production version of the upcoming Prelude turntable, which is slated to be priced at $1195 and, as you can see in the photo, has a solid-aluminium platter. What’s more, the motor is positioned so that it doesn’t touch the plinth. Everything’s included -- the ’table, a newly developed carbon-fiber-based tonearm, and an Ortofon 2M Red cartridge. The Prelude is available only in a shiny black finish, but I don’t think that’s a problem -- most will agree that the contrast between the silver and black looks really, really sharp. 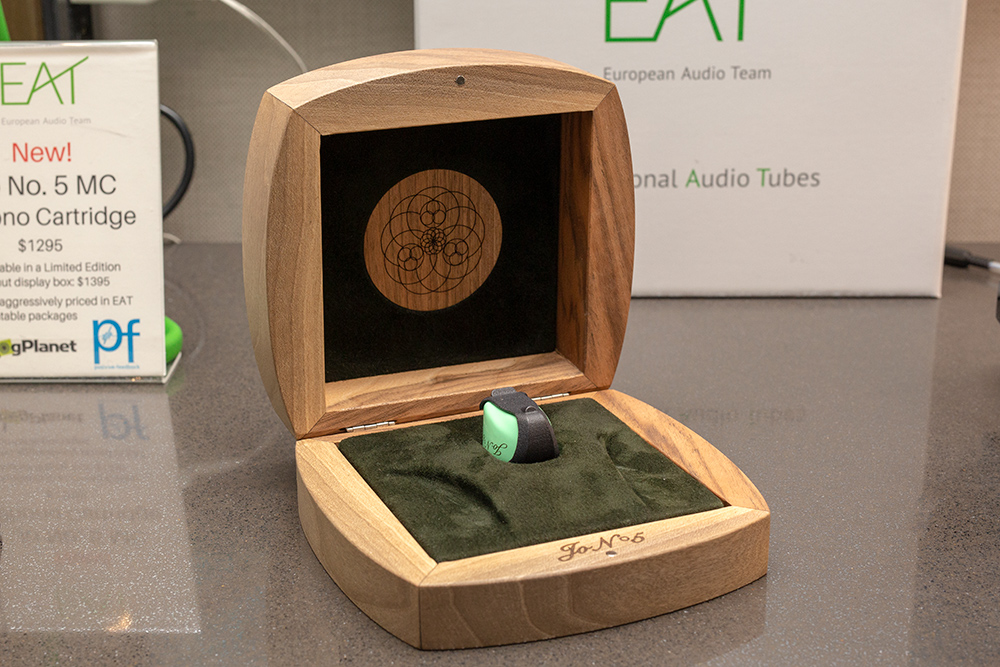 Also on display was the new EAT high-output Jo No.5 moving coil cartridge, which is priced at $1295. It’s only the second cartridge the company has ever released -- the first was the Yosegi, also a moving-coil design. According to the company’s literature, the “[c]artridge body and stylus guard are produced by an additive manufacturing process which is called Selective Laser Sintering (SLS). This process sinters thin layers of powder with a laser to build the final structure.” As for the mint-green color, it was chosen to make the look of the cartridge “unmistakable.” Indeed! 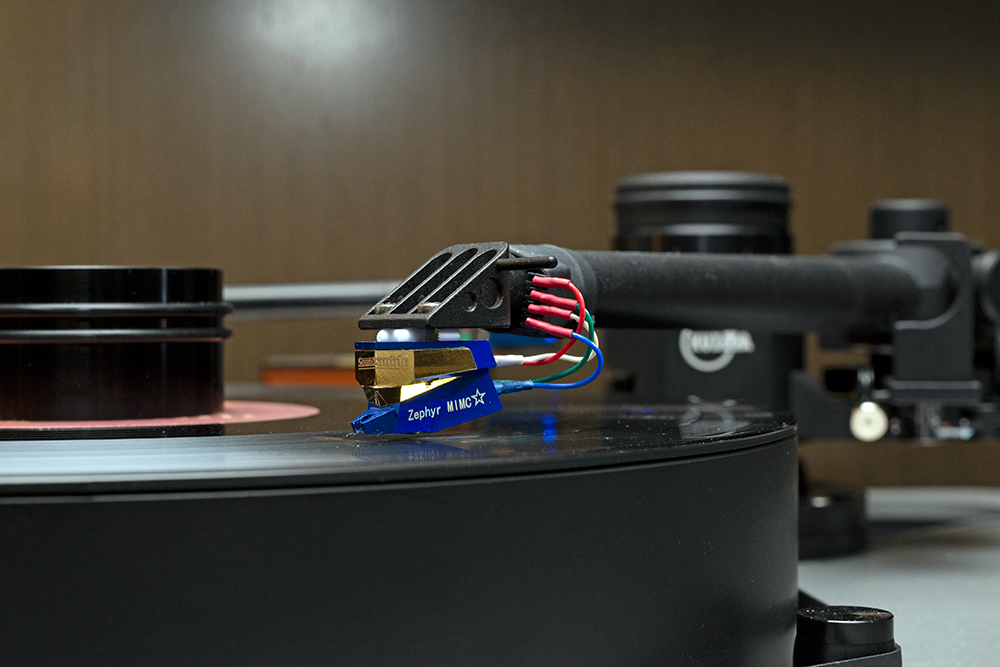 Speaking of cartridges, the Soundsmith company, based in Peekskill, New York, USA, has redesigned a whole slew of its fixed-coil/moving-iron cartridges, with these new ones ranging in price from $400 to $8000. According to Peter Lederman, the company’s president and chief designer, the redesign involved what the company calls the Dynamic Energy Management System, which basically has to do with how energy is stored in and reflected from the cartridge. Shown in the photo is the Zephyr MIMC Star, which retails for $1999 and is the fourth model from the top in the company’s low-output line. 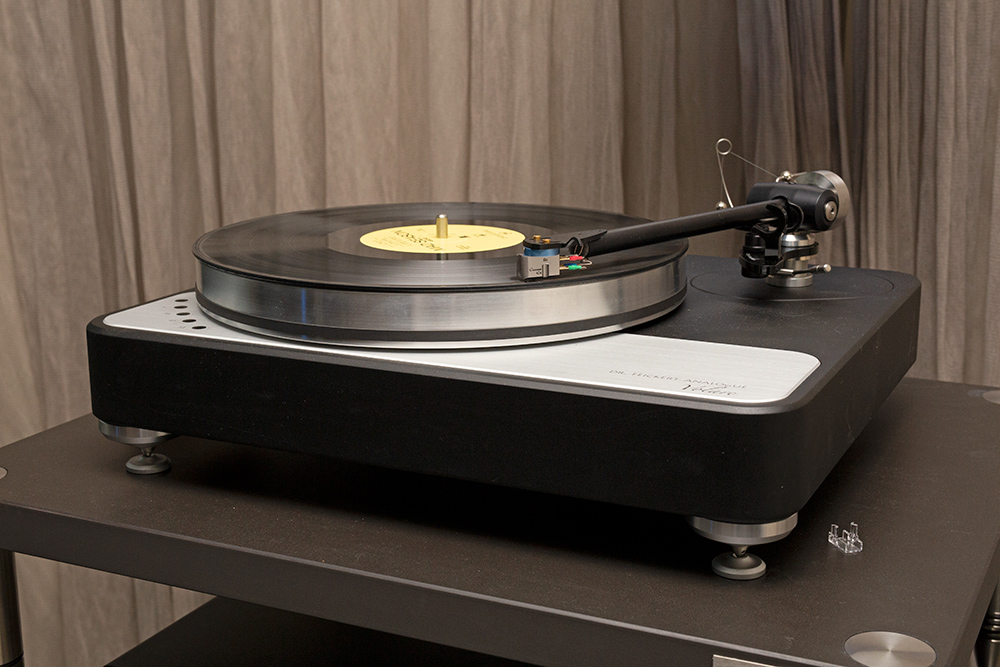 Perhaps one of the above cartridges would work well on this impressive new turntable? According to MoFi Distribution, North American distributor for the Dr. Feickert brand, which is based in Germany, “Dr. Feickert made haste to get us his new Volare turntable, which is a seriously impressive value with a starting price of $3,495 including an Origin Live Silver tonearm!” The base Volare has an aluminum platter and a black-colored plinth, though for $250 you can upgrade it with a Delrin platter, and for another $250 you can get a wood-veneered plinth. The Volare is scheduled to begin shipping in North America just before wintertime. 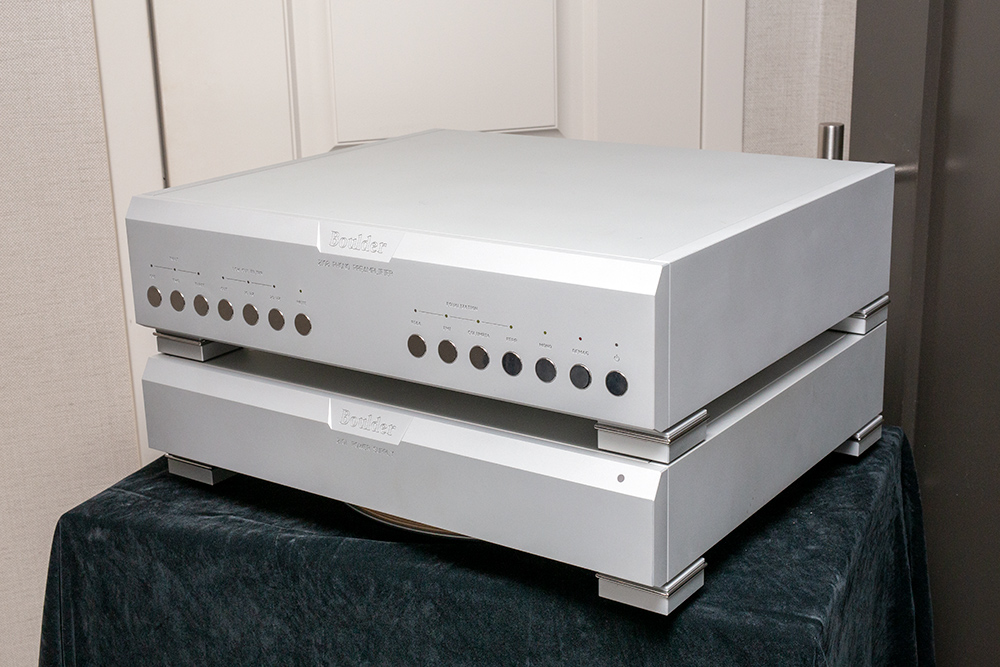 Boulder Amplifiers, which is also a Colorado-based local, makes cost-no-object electronics that, well, usually cost quite a lot. Enter the model 2108 phono stage that will likely cost north of $50,000 when released (it’s still a prototype) and will have support for RIAA, Columbia, FFRR, and EMI equalizations covered. The bottommost portion is a . . . 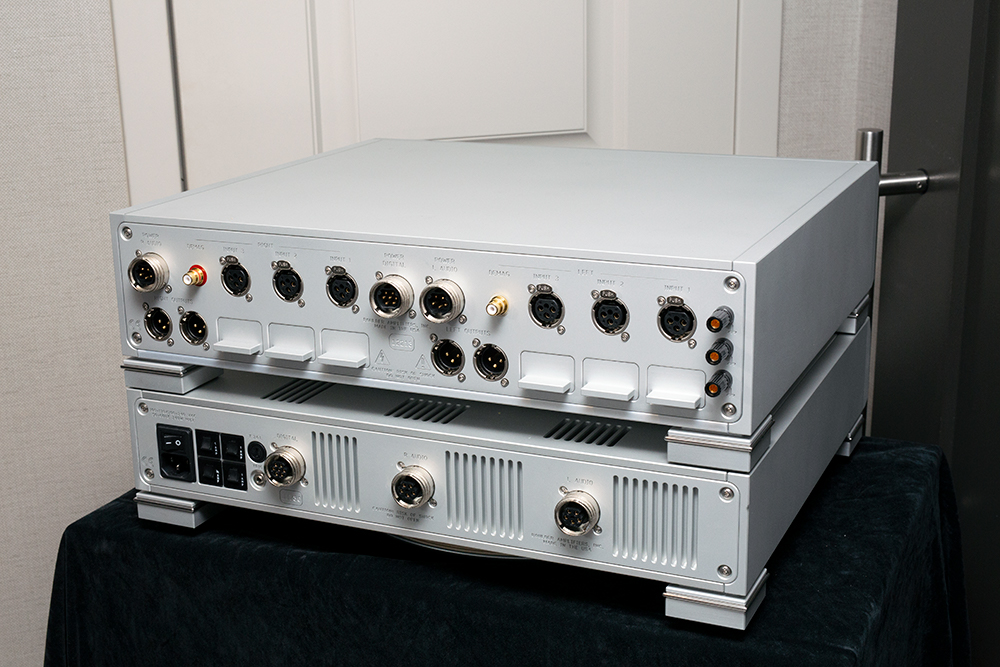 . . . separate power supply that actually contains three supplies: one for left-channel audio, one for right-channel audio, and another for the control circuitry. No single-ended inputs or outputs are included -- it’s a fully balanced design from input to output.