Occupying several floors of the new Gaylord Rockies Resort & Convention Center near Denver International Airport, the 2019 Rocky Mountain Audio Fest hosted a decent number of new stereo components. Because I was able to attend the show for only a few hours, I know I missed several new product introductions, but here’s what I found in my brief RMAF tour, with all prices listed in USD. 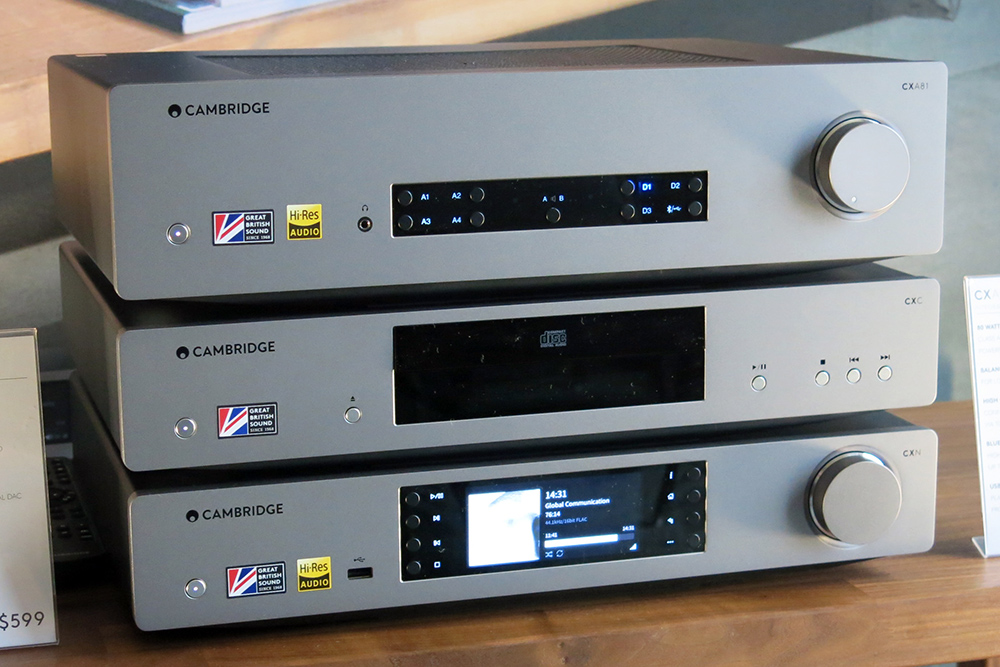 Cambridge Audio’s CX Series 2 updates the original CX Series, which was created five years ago. From top to bottom, the components shown here are the CXA81 integrated amp ($1299), the CXC CD transport ($599), and the CXN (V2) music streamer ($1099). The 80Wpc CAX81 adds an aptX HD Bluetooth receiver, and a USB digital input feeding an ESS Technology DAC chip that handles digital files up to PCM 24/384 and DSD256. Most of the internal op amp chips and capacitors have been upgraded as well. The CXN (V2) uses a new Stream Magic app said to be more user-friendly and capable than the old version, and also adds Apple AirPlay 2 capability. 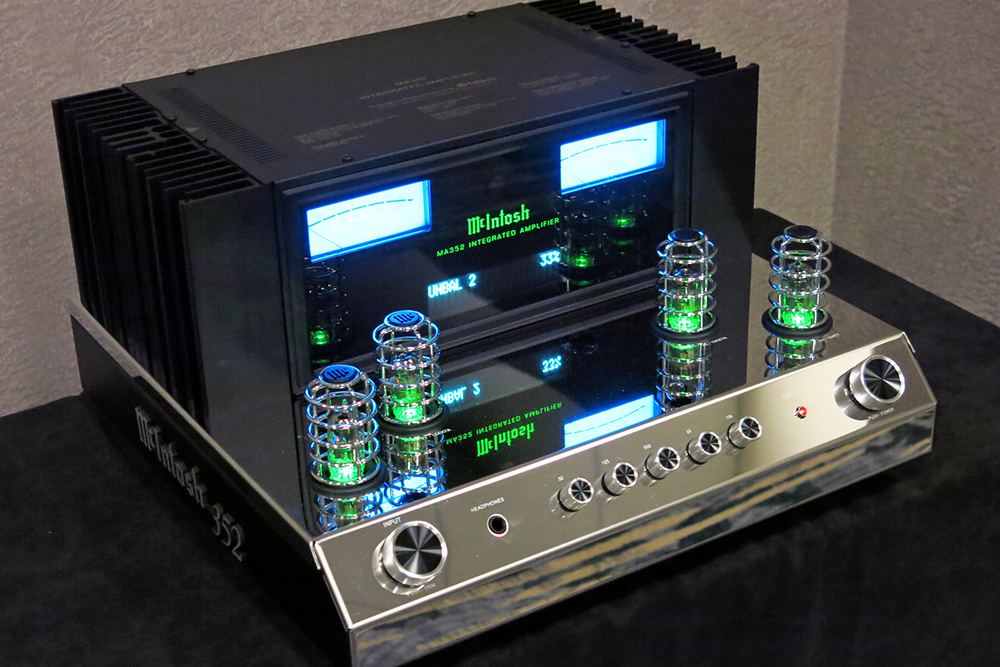 The MA352 is a new integrated amp from McIntosh Laboratory that combines retro elements and high tech. It has a tube input stage married to a transistor output stage rated at 200Wpc into 8 ohms. It has three unbalanced and two balanced inputs, plus a moving-magnet phono input. A headphone amp is built in, and the front panel hosts a five-band EQ for easy, fast sonic tweaking. Classic blue McIntosh power meters sit atop a non-classic alphanumeric display that shows the selected input, volume setting, and more. 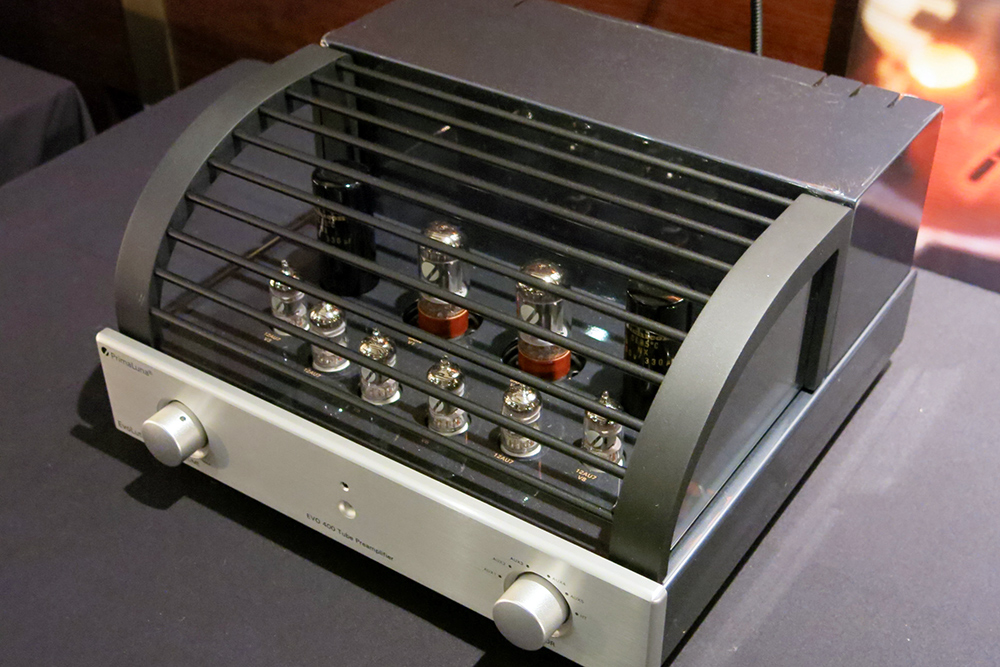 The Evo 400 ($4499), the flagship of PrimaLuna’s new EvoLution Line, is the company’s first component with a balanced input, which is transformer-coupled -- an old-school but very good method of converting balanced to unbalanced. The dual-mono design incorporates relay-switched inputs, tube power rectification, and a motorized Alps potentiometer for volume control. Three 12AU7 tubes per channel provide amplification. 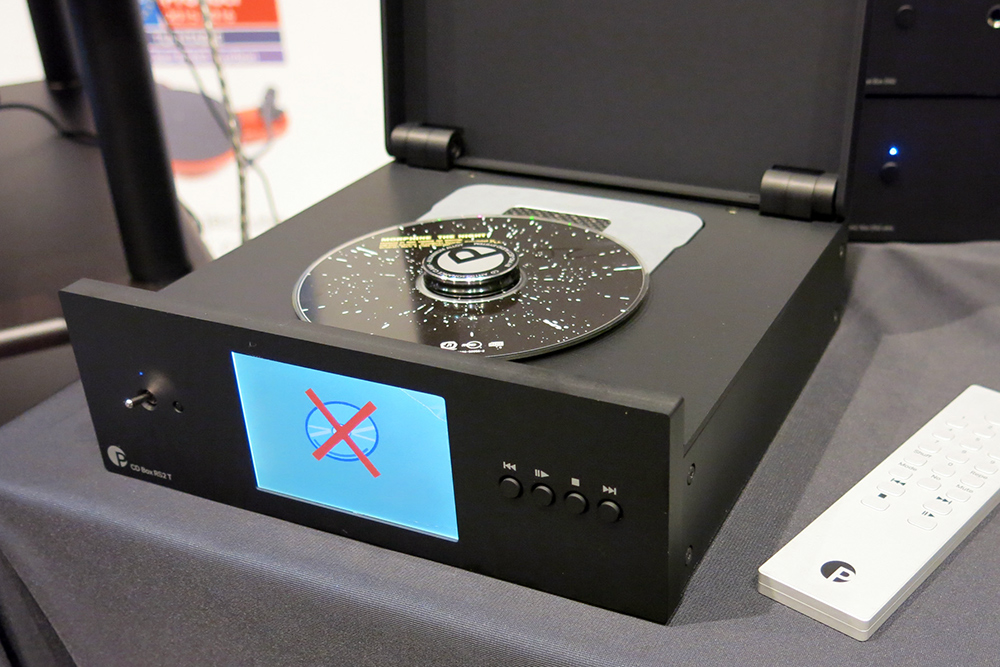 Pro-Ject Audio Systems is one of the few audio manufacturers that still enthusiastically support the CD, and the best recent evidence of its loyalty is the RS2 T ($2499), a new, robustly built CD transport. The top-loading design comes with a puck-shaped weight to hold the CD down and help stabilize the transport. It offers the usual coaxial, TosLink optical, and AES/EBU digital outputs, as well as an I2S output on an HDMI connector. A new anodized aluminum remote replaces the plastic remote included with the company’s previous transports. 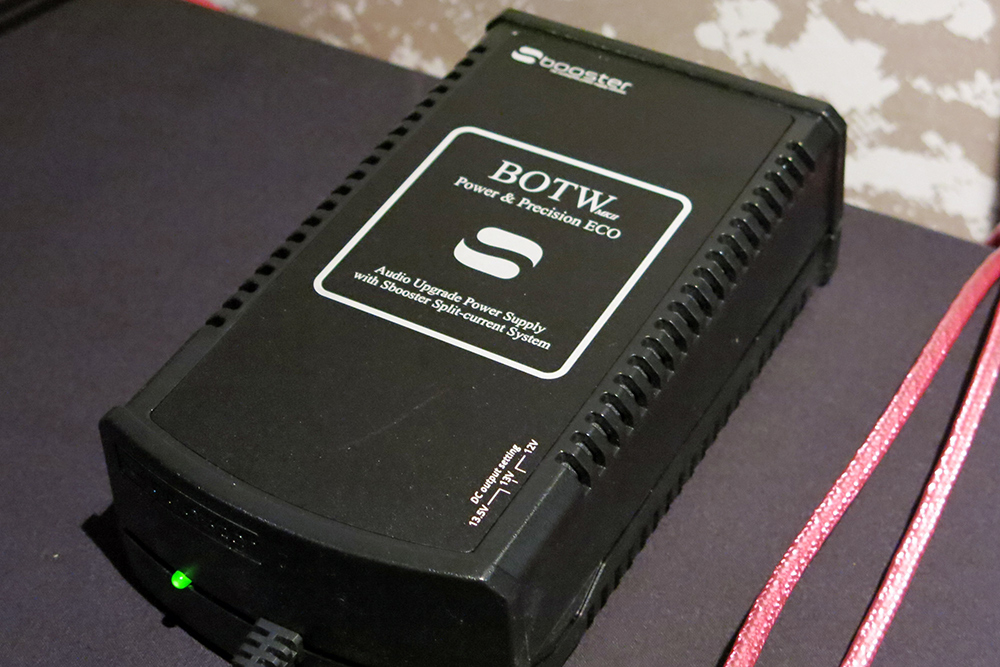 In this era when so many high-end audio components come in small chassis and use outboard power supplies, it makes sonic and business sense to sell upgraded power supplies. Sbooster offers linear (i.e., non-switching) power supplies for all major brands and components; they’re intended mainly for DACs, phono stages, and headphone amps. The supplies are offered in voltages ranging from 5V to 24V, and each one offers three different output voltage settings within a narrow range; the one shown here is switchable from 12V to 13V to 13.5V. Each of the Sbooster supplies . . . 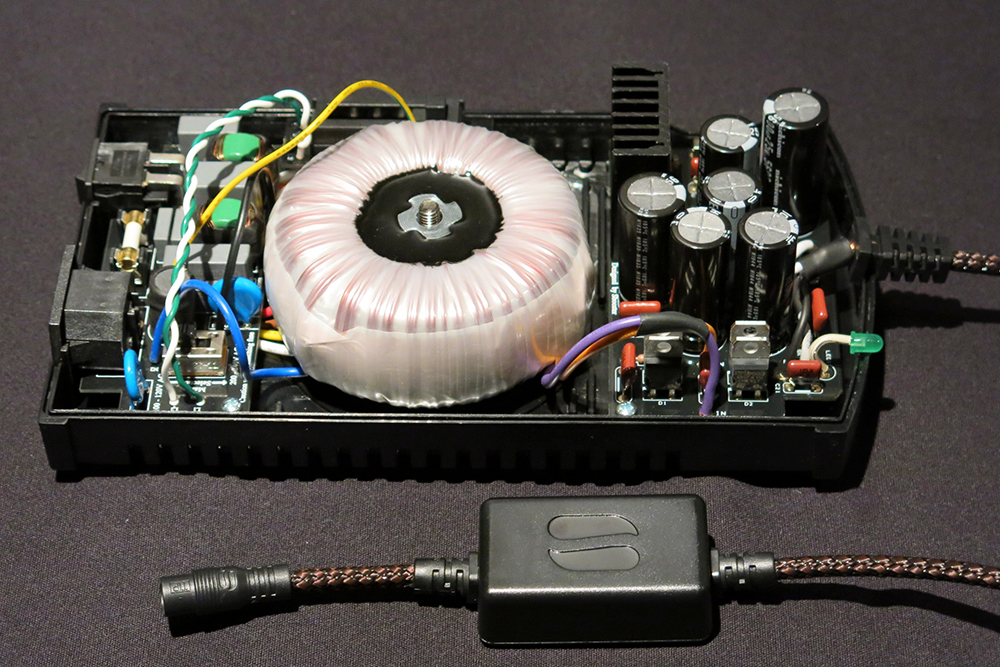 . . . has a toroidal power transformer for lower magnetic radiation and vibration, a relatively large capacitor bank (good for supplying extra juice during dynamic peaks), and extra filtering in a “lump in the line” at the end of the power output cable. Prices run from $359 to $399. 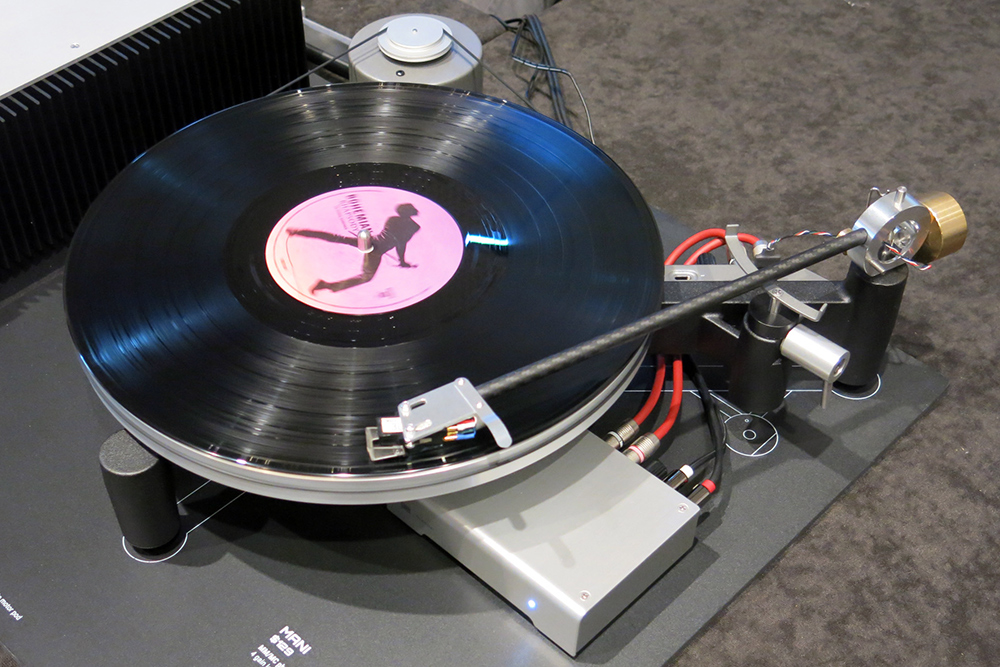 We saw a preview of the Schiit Audio Sol turntable at this year’s CanJam SoCal, and now it’s finally out. Like the rest of their . . . stuff . . . the Sol brings in impressive engineering at a reasonable price. The Sol has a cast-aluminum plinth and platter, a separate motor housing that drives the platter through a belt, and on-the-fly vertical tracking angle (VTA) adjustment that lets you fine-tune this critical parameter while you’re listening.