The Home Entertainment Show Newport 2018, which was quickly organized after the abrupt cancellation of the Los Angeles Audio Show 2018, turned out to be a small but interesting and fun show, featuring a wide variety of high-end audio products I hadn’t seen before. The show was held June 1-3 at the Marriott Irvine Spectrum in Irvine, California.

I’ve already reported on the new speakers and audio components I saw at T.H.E. Show; here are the new headphones and accessories I found, with all prices in USD. 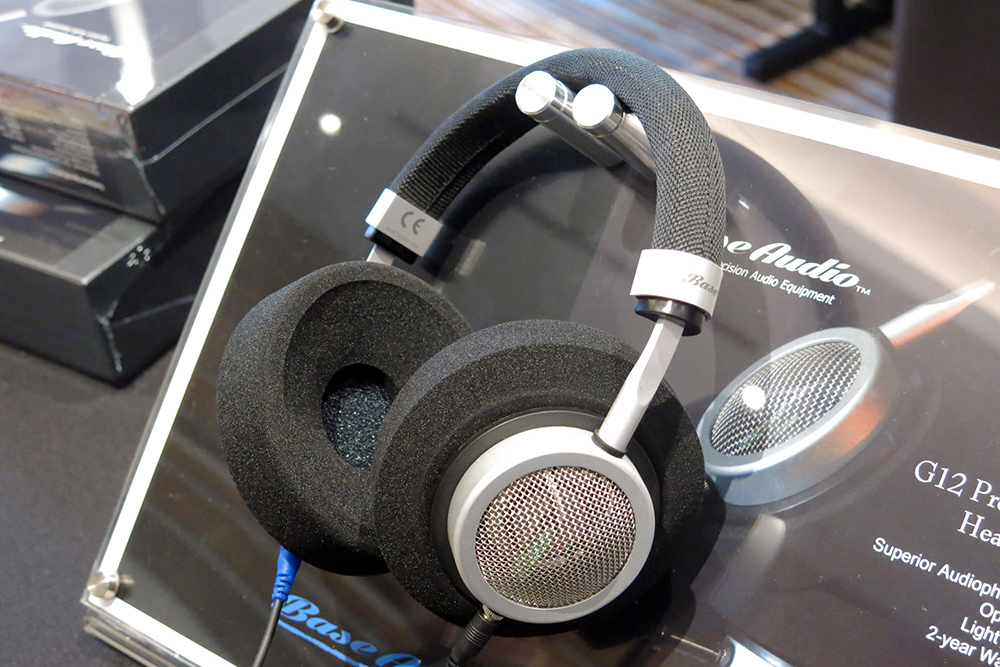 For headphones built in Southern California, mostly from US-sourced parts, Base Audio’s G12s ($349) are incredibly affordable. The open-back headphones use 40mm dynamic drivers, and include two cables: a three-footer for portable use, and a ten-footer for home use. The large ear pads shown here are a $15 upgrade option. The fit’n’finish of the G12s look more like what you might expect from a high-end B&W model than one built by a small company in the US. 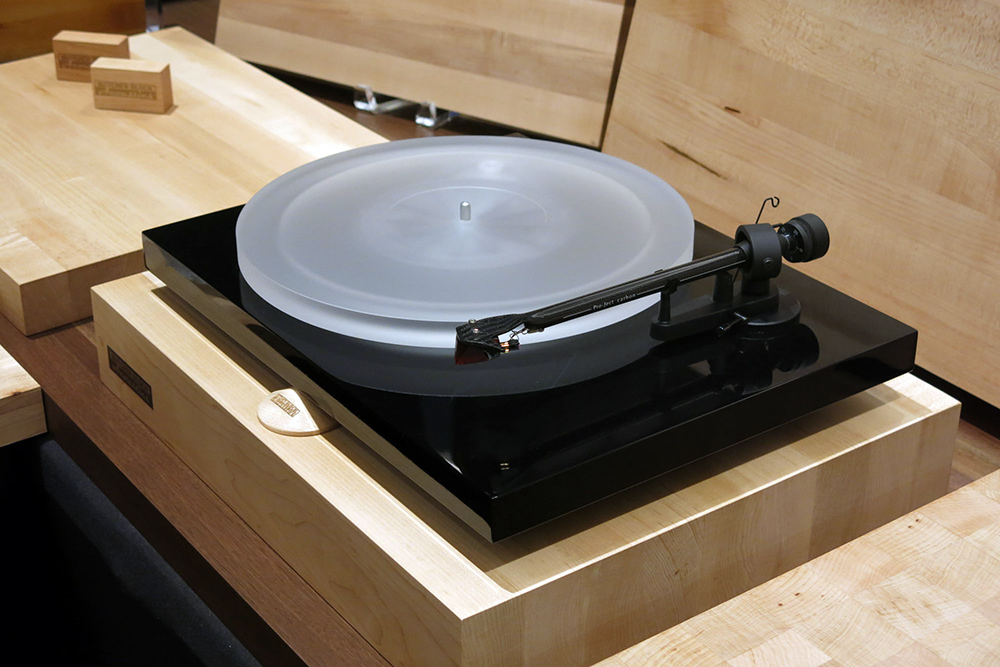 Butcher Block Accessories prices its massive, handsome turntable platforms more like the kitchen furnishings that inspired them than like high-end audio accessories. The 18” by 15” by 3” platform shown here costs $96.02 in edge-grain maple or $177.67 in walnut. Bright Star Isonodes feet can be added at extra cost. 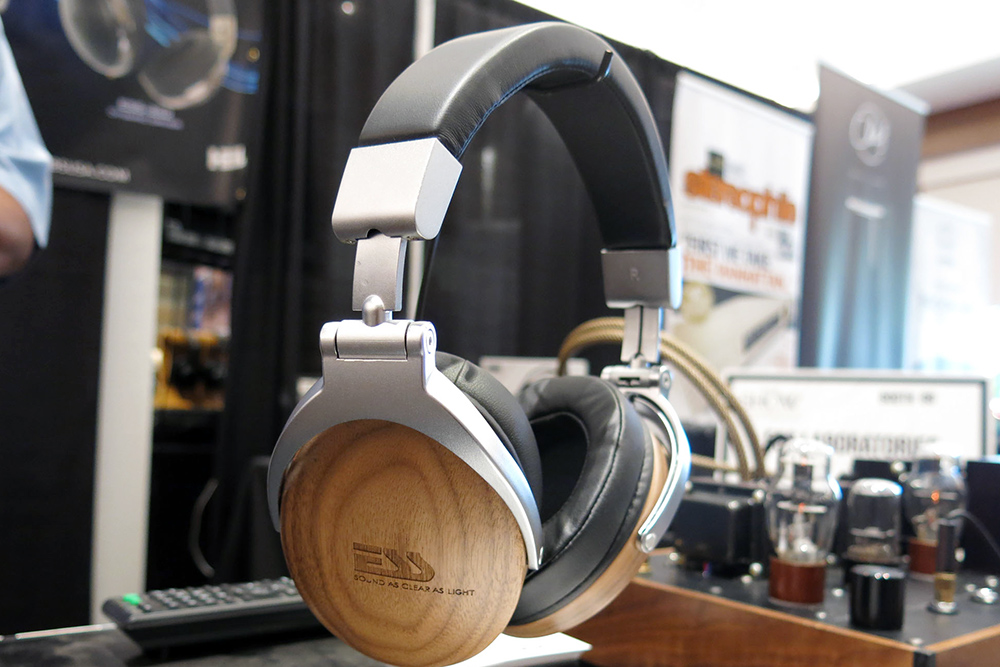 ESS Labs made the original Heil air-motion transformer pleated-ribbon drivers in 1972, and the company still uses them in its AMT 422h top-of-the-line headphones ($199 introductory price). Inside each earpiece are a conventional 40mm dynamic driver and a 20mm by 30mm AMT driver. I’m always skeptical of hybrid headphones, but these sounded pretty good in my brief listen. 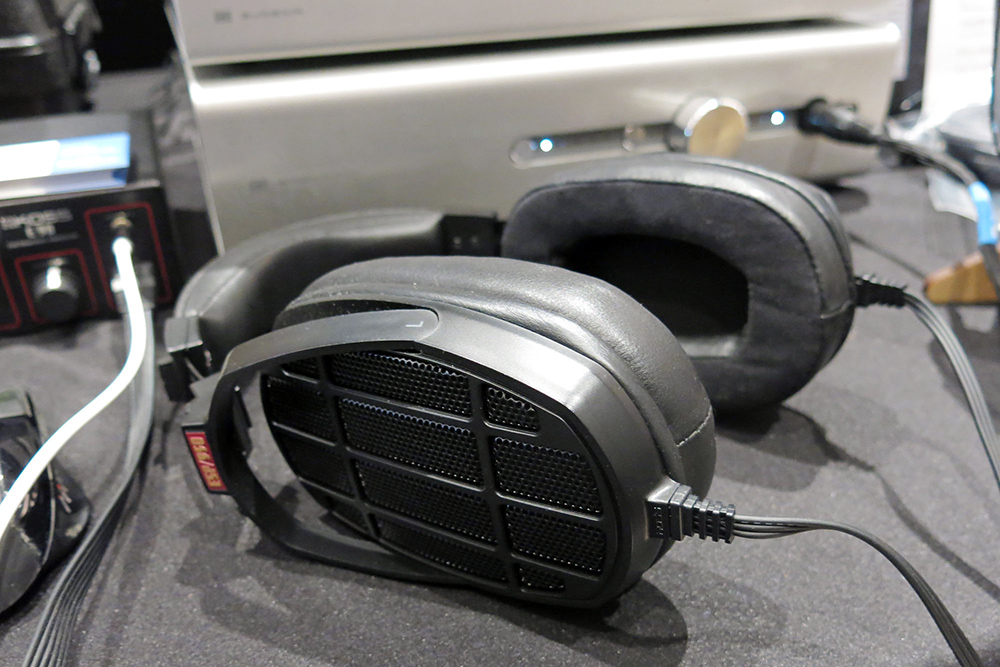 Darin Fong Audio is best known for its Out of Your Head software, which simulates the sound of specific high-end speakers through headphones, so I was surprised to find the company promoting its own accessories custom-designed for the Koss ESP950 electrostatic headphones. “We’re a Koss dealer, but everybody told us they hated the pads,” Fong told me, “and they wanted to be able to use a Stax amplifier instead of the amp Koss provides.” Fong responded with the Vesper Pads ($89) and a cable ($149) that adapts the ESP950s to the connector used on Stax electrostatic headphone amps. The pads are substantially thicker, but don’t seem to add a significant amount of weight; the ESP950s on display still felt as shockingly light on my head as the originals. 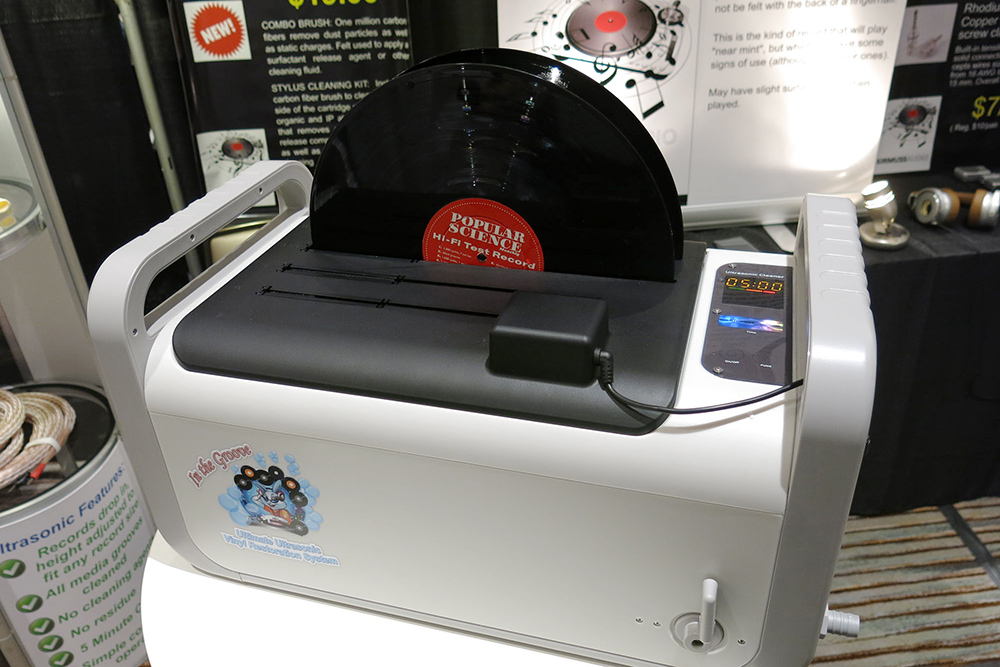 According to company founder Charles Kirmuss, the Kirmuss Audio In the Groove ($850) is unlike other ultrasonic record cleaners in that it uses ethyl glycol rather than distilled water, and thus does not leave a film on the record. You have to dry the records manually, using a provided felt brush. It can simultaneously clean two 33-1/3rpm records, one 78rpm record, and a 45rpm single. The ultrasonic cleaning process, which uses six transducers running at 25kHz, typically takes five minutes, but cleaning time can be adjusted in one-minute increments. 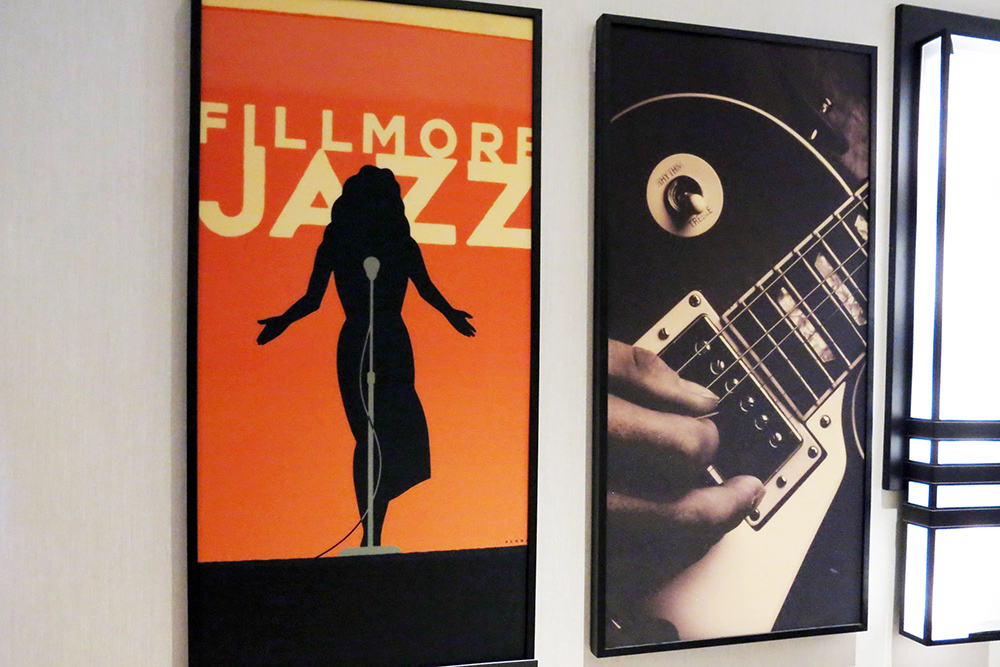 When I poked a finger into the Nemesis Decorac acoustic panel ($699), I rolled my eyes because its foam covering was only about an inch thick -- far too thin to absorb low or midrange frequencies. A company spokesman knew what I was thinking when he saw my expression, though, and hastened to point out that behind the foam is a diaphragmatic absorber, a component that is effective at damping bass. The panels, which measure 2’ by 4’ and are made in Brazil, are said to work on frequencies between 63Hz and 20kHz. They’re available in a variety of stock graphics or you can supply your own. 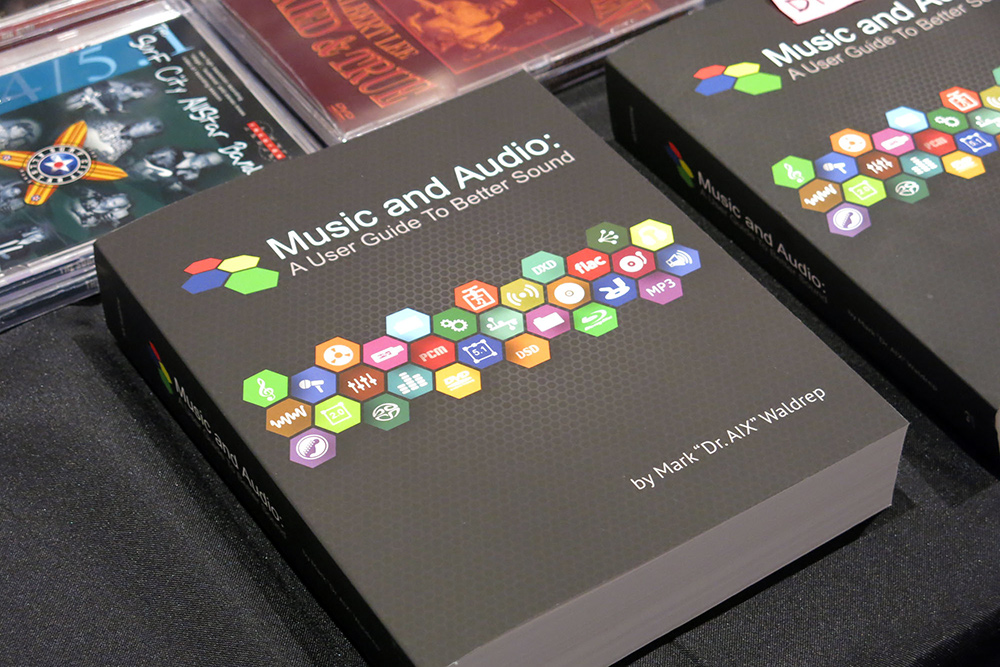 Mark Waldrep of AIX Records, an outspoken advocate for multichannel audio recording and against MQA, has just come out with what might be the thickest book ever written about audio. Music and Audio: A User Guide to Better Sound ($39.95 e-book, $79.95 paperback plus disc) runs a whopping 880 pages. The paperback version includes a Blu-ray Disc with 12 high-res audio tracks plus setup and test tones.