The first installment on electronics at the 2016 Tokyo International Audio Show (TIAS) focused on two Japanese brands: Luxman and Esoteric. This part focuses on just one, Accuphase, because it had so many new and interesting products to show. All prices in Japanese yen (¥). 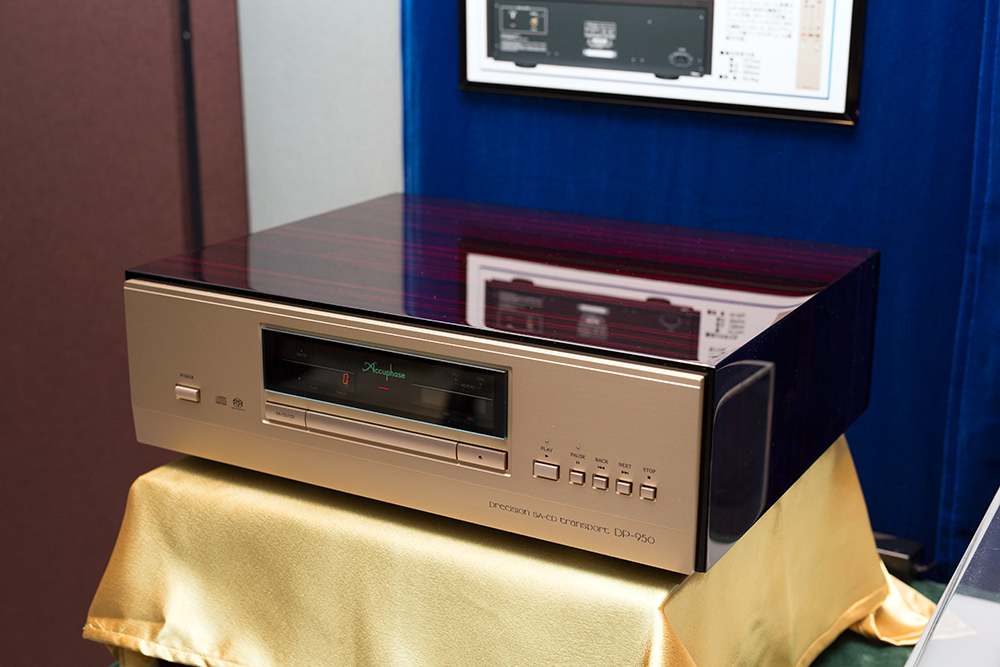 Priced at ¥1,200,000, the DP-950 SACD/CD transport has only coaxial (for CD output) and Accuphase’s proprietary HS-Link (for SACD) digital outputs. It is designed to be used with the company’s . . . 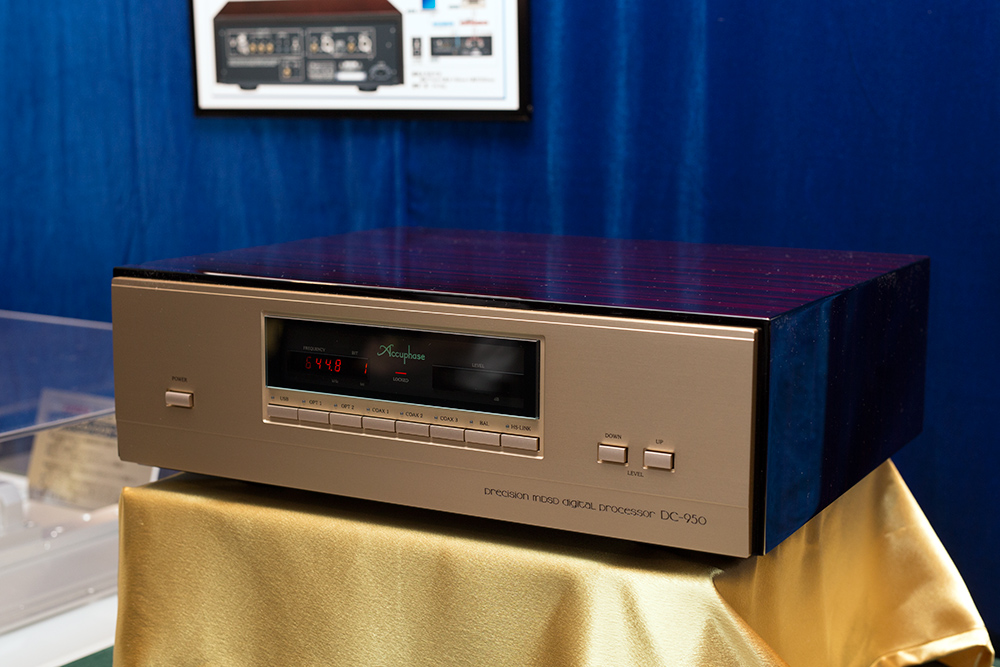 . . . DC-950 digital-to-analog converter, which is priced the same. The DC-950 has one HS-Link, one XLR, one USB, three coaxial, and two optical digital inputs. It also has coaxial digital outputs, as well as XLR (balanced) and RCA (single-ended) analog outputs. The DC-950 uses what’s called Multiple Double Speed DSD (MDSD) architecture and is said to support up to 32-bit/384kHz PCM and quad-rate (11.2MHz) DSD. As to what MDSD actually means, I can’t tell you -- all the documentation was in Japanese and no one in the room could explain it to me in English. 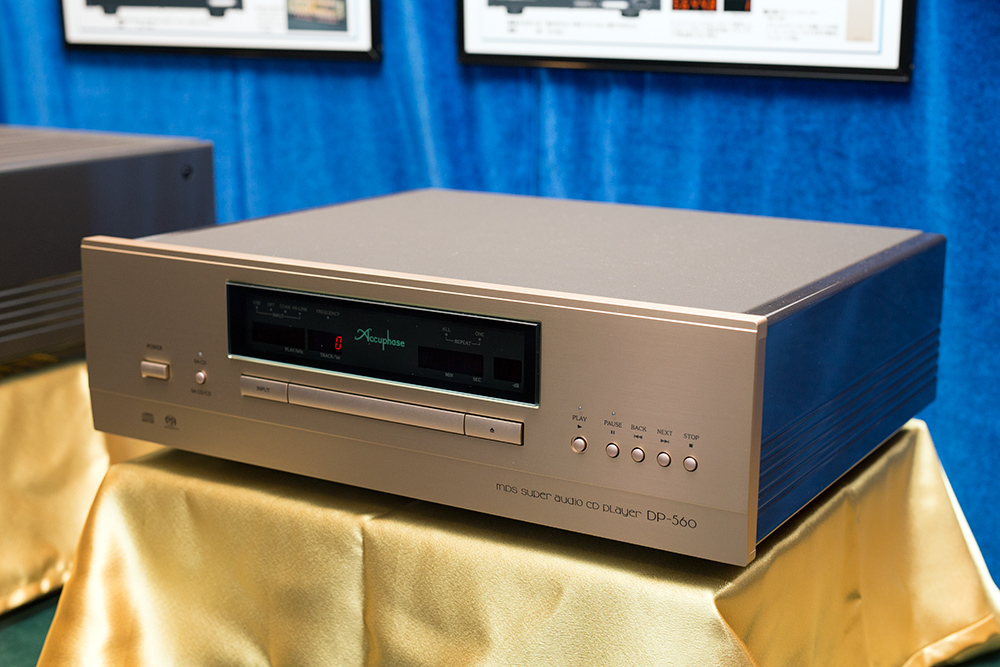 For those who don’t want a separate player and DAC (I don’t blame you), Accuphase showed the DP-560, which is priced at ¥600,000. The DP-560 plays SACDs and CDs, plus has HS-Link, coaxial, optical, and USB digital inputs on its backside. If you still want to use an external DAC with it, it also has HS-Link, coaxial, and optical digital outputs. Analog outputs are XLR (balanced) and RCA (single-ended). Like the DC-950, the DP-560 supports up to 32-bit/384kHz PCM and quad-rate (11.28MHz) DSD. The DP-560 uses a Multiple Delta Sigma (MDS) architecture, which, based on a graphic the company showed there, seems to involve the summing of multiple DAC chips for decreased distortion and noise. 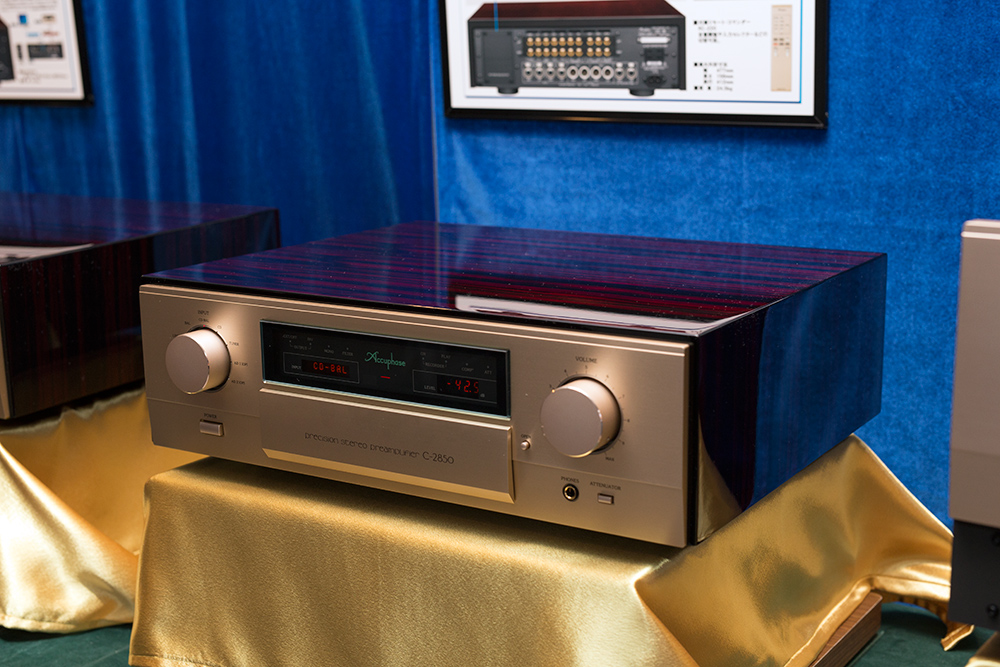 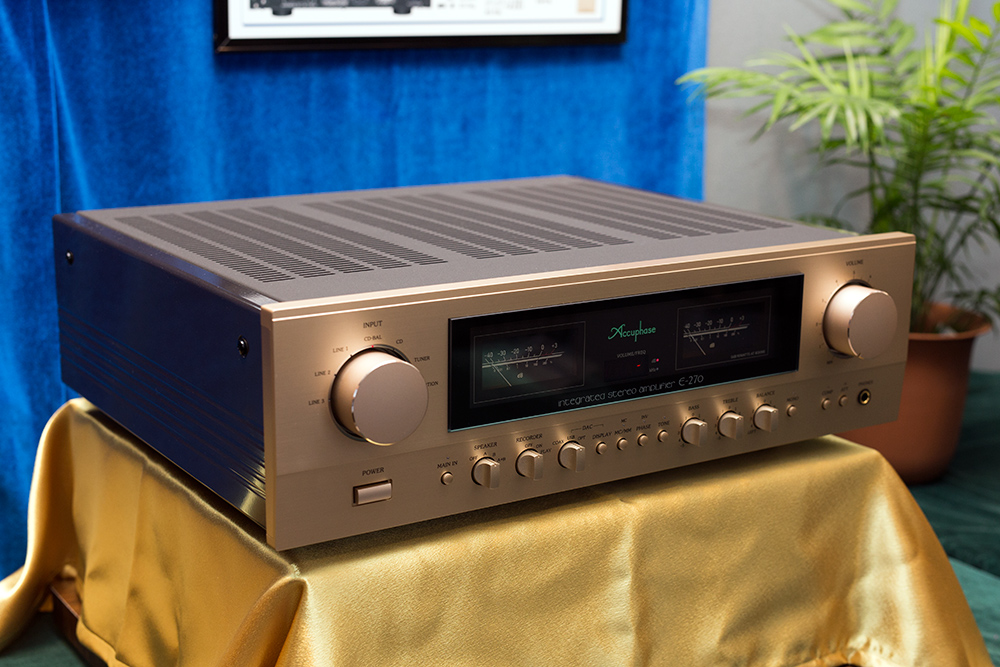 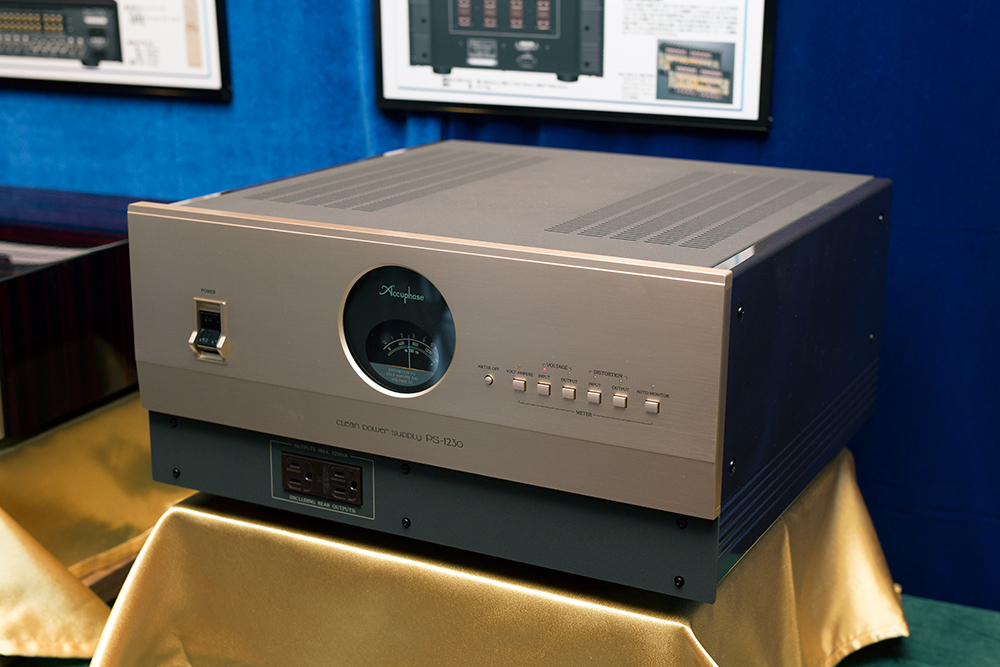 Like the Luxman E-1200 that I wrote about in the first part, if you took the top off of a PS-1230 and looked inside, you might mistake it for a power amplifier -- and you would be kind of right. Inside you can see a giant transformer, capacitors, heatsinks, etc. It’s kind of like a power amplifier for the components plugged into it. But whereas a typical power amp takes a small signal from, say, a preamp and makes it bigger, the PS-1230 takes an incoming AC signal and simply regenerates it so that it comes out perfect for the components it’s feeding. The PS-1230 is priced at ¥700,000 and has a maximum output rating of 1200VA. It has eight outlets on the back, plus two more on the front, which I could see being really handy in certain situations where you can’t get power cords around the back of it easily. What I also thought was neat about the PS-1230 is the front-mounted meter that can be used to monitor the incoming and outgoing voltage and distortion. A smaller version, called the PS-530, has a 530VA rating and has eight outlets on the back, but none on the front. It, too, has the front-mounted meter.