I have this recurring dream that hits me about once every six months. I’m back in university, it’s getting close to the end of the year, and I realize that I haven’t attended a single class for one particular course. I’m now silently dream-freaking. I realize I can’t complete the course, I can’t drop it, and it’s all my own fault.

It doesn’t take a degree in psychology to realize that this dream is a reaction to my penchant for procrastination. It’s a problem I’ve struggled with my whole life, and one that’s cost me a significant amount of money in various fees related to interest charges and late penalties.

In this dream, I feel trapped by my own inaction. I’ve avoided dealing with something for too long and now the situation is coming to a head. 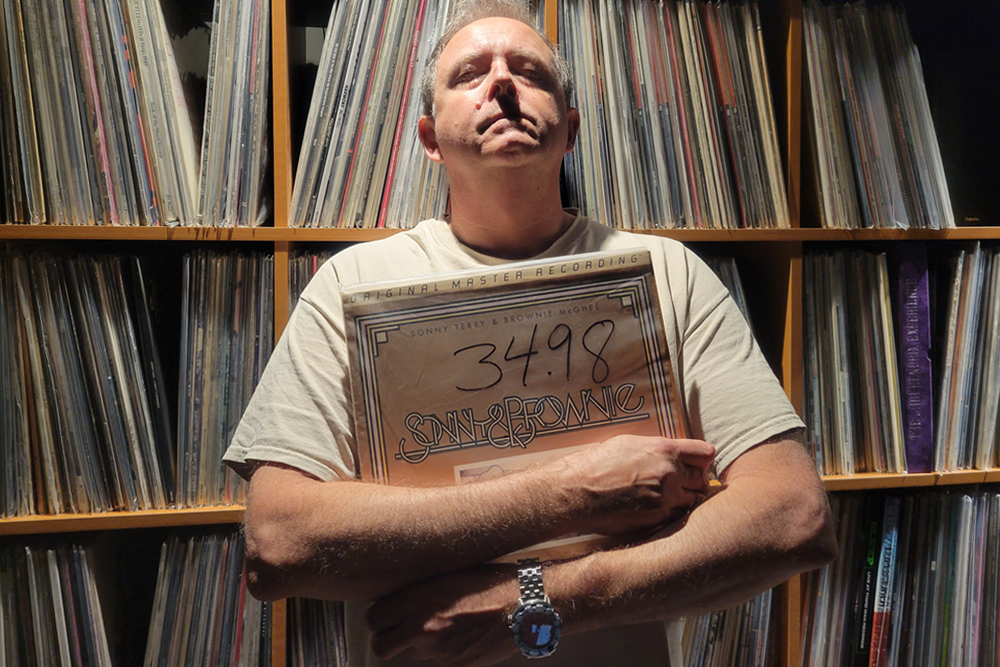 I expect that the principals at Mobile Fidelity Sound Lab have recently felt some of this deep, primeval fear. As so succinctly laid out by Matt Bonaccio, MoFi changed the process of cutting its records sometime in the last decade or so. I had always imagined that MoFi got hold of a master tape, played it back on an actual tape deck, and used the signal to cut a lacquer.

That’s how it would likely appear in the minds’ eye of most audiophiles: get the tape, play it back, cut the record. In other words, an “Original Master Recording” transcribed straight to vinyl. Sounds great, right? That’s what we all wanted, what it says on the cover, what we paid for, and what we got.

Well, not so much, it seems. At some point in the past, MoFi slipped an additional step in there. The engineers digitized the original tape and cut from that. The reasons for doing so are reasonable, and it’s what many other labels do.

Problem is, MoFi never told its customers that’s what it was doing, and—depending how you interpret its various pronouncements—in some cases, actively denied it. 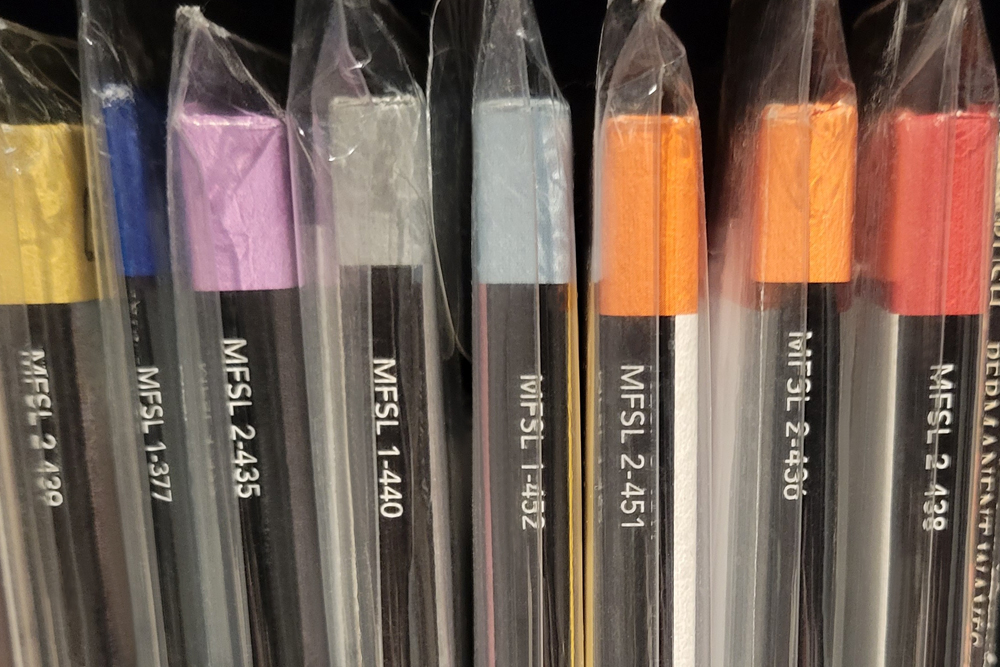 I doubt there was any subterfuge at the start. Digitization probably seemed a good idea at the time and the company likely planned to announce this change in the process at some point.

But it never did. And that brings me back to my dream. What started out as an omission gradually became an obfuscation. Eventually, it was too late to reveal the truth, so MoFi just kept quiet. I like to think there was no malicious intent to deceive—more likely, the company just painted itself into a corner.

Back in 2014, Led Zeppelin announced that they were remastering their first three albums. The recordings would be remixed by Jimmy Page, and promised to be the definitive vinyl versions. This was exciting news, and I was thrilled to hear it. I recall feeling slightly deflated when I heard that the LPs would be cut from digital masters. Led Zep is crunchy, raw, elemental music, and, so I thought, should be transferred from analog tape to vinyl without some prissy, newfangled digital process in the middle of things. 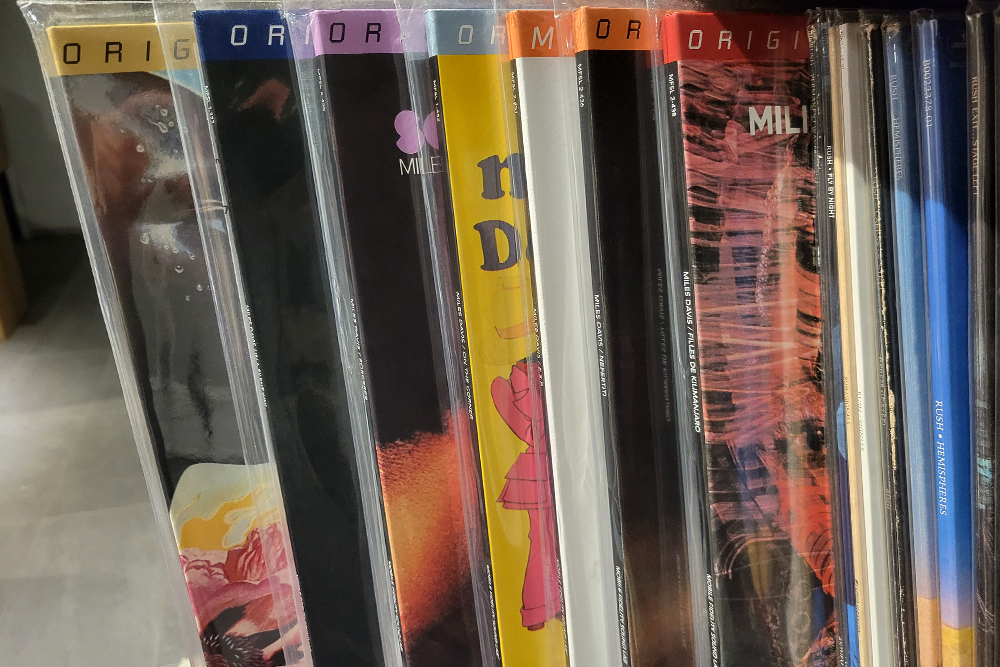 I got over that disappointment real quick when I heard the new reissues. They were very good, with actual bass for a change. But something gnawed at the back of my mind. When I compared the reissue of LZIII with my original German pressing, I had a slight preference for the all-analog German version. It sounded richer and smoother, and had a deeper soundstage. Surely, I thought, digitizing them was a mistake.

Flash forward to 2017, when MoFi reissued a whole bunch of Miles Davis LPs. I recall my absolute, unqualified delight when I dropped the needle on A Tribute to Jack Johnson. It totally smoked my early-1980s Canadian pressing. This, I felt, was an LP done right.

The MoFi Tribute is one of my favorite records. I play it at least once for each of my product reviews, and I play it loud. And it should sound great, right? MoFi sourced the original master tapes and used them to cut that effing record right then and there, eh? 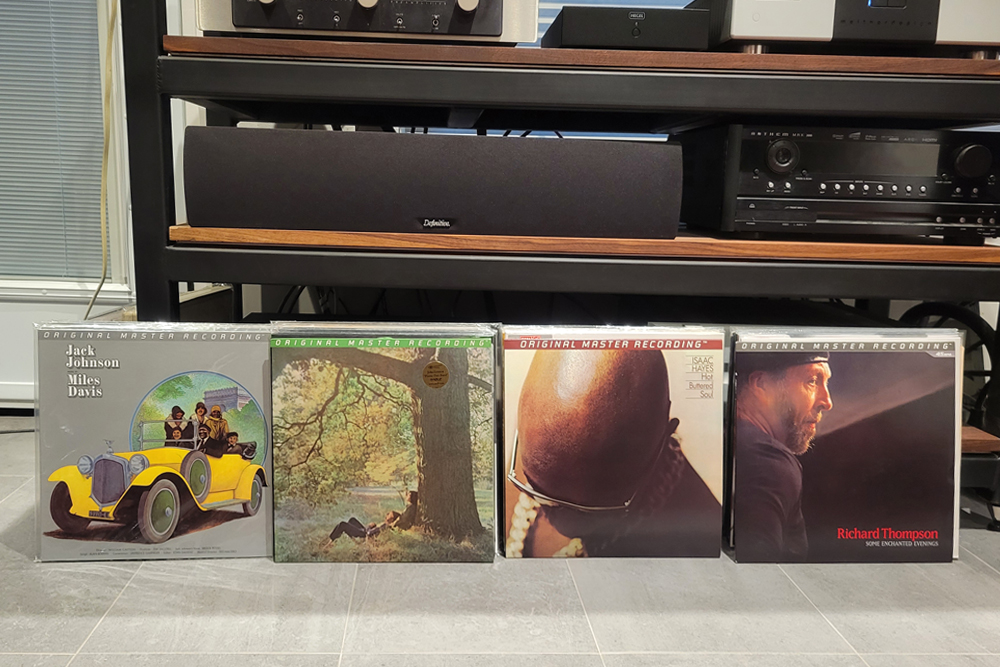 Not so much, it seems. They made a copy, so it’s not really an Original Master Recording, it’s more like Almost Original. Someone is undoubtedly going to start producing stickers that you can plaster over that strip at the top of these record covers, just like the ones that a friend of mine used to put over the warning labels on his cigarette packs. “Smoking makes you look cool,” I recall one of them saying. “A cigarette after sex is pleasurable,” said another.

So how do I feel about MoFi’s A Tribute to Jack Johnson now? Well, I just went down and gave it another listen. Still sounds great. I can’t hear any digital artifacts, and knowing what I do about signal-chain transparency and digital resolution, I’d be an idiot if I claimed otherwise.

I guess it’s human nature to judge a book by its cover, and those preconceptions can stick around even after the book is read and the author’s interview has been heard. I’m still not a huge fan of the Led Zep reissues, and I still love my MoFi Miles Davis records.

But my I-guess-it’s-OK-because-they-sound-great attitude may well be an outlier. MoFi has put itself in a very tenuous position. The label’s big sell has always been that you’re getting the exact sound as it comes off the tape. Putting aside the fact that there’s an additional, actual step that comes between the tape and the cutting lathe, there’s also the possibility that the digitized signal could be monkeyed with. It could be converted to PCM, manipulated to remove imperfections, and then converted back to DSD for cutting. If so, the resulting record would be so far from the Original Master Recording that it might as well have been beamed down from space. 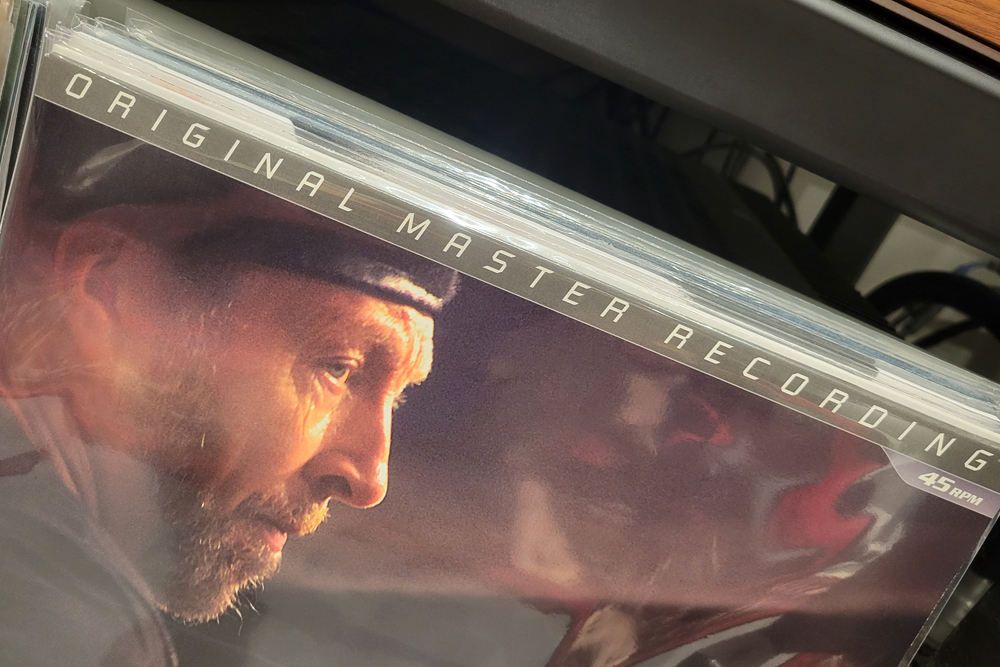 MoFi says that it doesn’t do this. The company claims it converts a master tape to DSD and then cuts from that unadulterated copy. But at this point MoFi has been caught in a barefaced lie. Should we believe it now?

There are other implications to the whole DSD fiasco. Since the original master tape doesn’t need to be loaded up to cut a lacquer, MoFi could spin up a new one any time, using that DSD file as a source. MoFi seems to say it doesn’t do that—but the fact that it could certainly calls into question the whole limited edition concept, which was another major selling point for the label.

I have almost an entire IKEA Kallax cube’s worth of MoFi LPs. I made out like a bandit with some of them. About five years ago, I sold sealed copies of Nirvana’s Nevermind, a spare copy of Muddy Waters’s Folk Singer, and Jethro Tull’s Thick as a Brick. I’d bought each one new in the ’90s for about $30 and sold each one for six times that. As of a couple weeks ago, my MoFi Bitches Brew was selling for around $300 on Discogs. Now? It’s Bitcoin. A subprime mortgage. Well, not quite, because I still have a great-sounding record in my hand. But I’m expecting the value of MoFi records in general to tank. 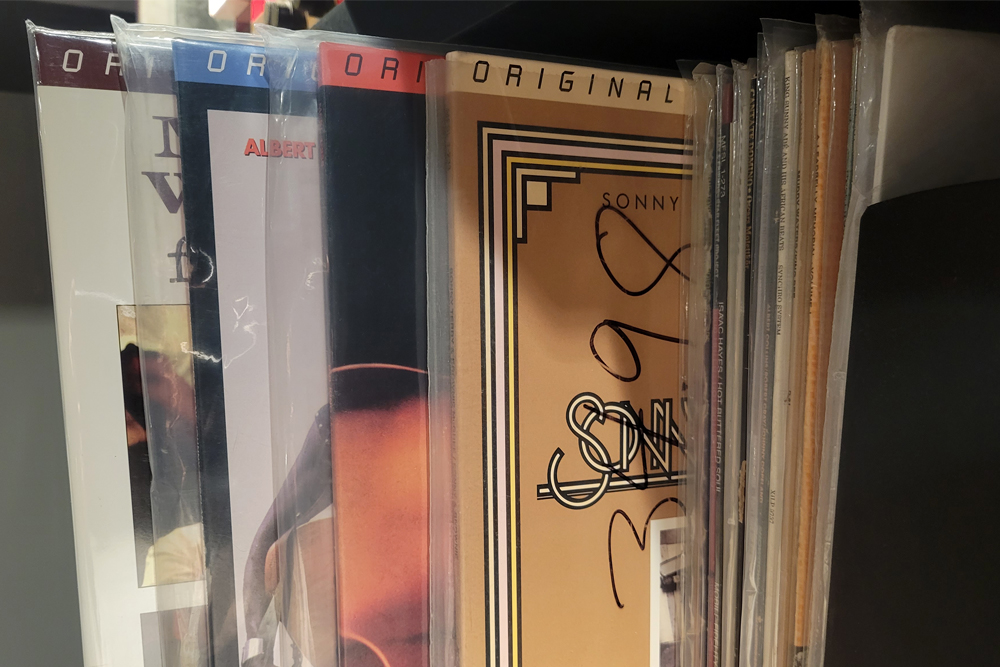 One final thought—the act of transferring the original tape to the lacquer via the cutting lathe is a work of art itself. With limited access to the master tape and permission only to run it through a few times, the mastering engineer has to modulate the cutting head, change the groove spacing, using those few runs to try to snap off a perfect lacquer. This once-and-done intimacy, the direct signal contact from the tape deck straight through to the cutting head, is the performance art that MoFi was selling us. As Walter Benjamin states in The Work of Art in the Age of Mechanical Reproduction:

Even the most perfect reproduction of a work of art is lacking in one element: its presence in time and space, its unique existence at the place where it happens to be. This unique existence of the work of art determined the history to which it was subject throughout the time of its existence. This includes the changes which it may have suffered in physical condition over the years as well as the various changes in its ownership.

By taking this shortcut, MoFi has foregone that intimate conjunction of the tape and the cutting head. It’s no longer MoFi’s work of art. Without question, MoFi records are great LPs. Being able to make numerous passes from the DSD to get that lacquer just right may actually be why they’re so good, but they’re not what they were once claimed to be. Without that performance, it’s just another record.