It was only a matter of time before some of the technologies behind YG Acoustics’ two-tower Sonja XV (extreme version) flagship speaker system ($265,900 USD/pr.) trickled down to one of the company’s lower-priced model lines. That’s exactly what has happened with the new Sonja 2.2 speaker ($76,800/pr.), which YG introduced to the press in early December at Bill Parish’s GTT Audio & Video, located in Long Valley, New Jersey. I was fortunate to be treated to my own private listening session during what has become an annual pilgrimage to GTT in order to hear YG’s newest speaker design.

The Sonja 2.2 is part of the new Sonja Series Two model line, which replaces the Series One line. The 2.2 is a three-way, passive, floorstanding speaker consisting of two modules. The upper module is YG’s Sonja Series Two 2.1 two-way compact speaker, which contains two 6" BilletCore drivers and a 1" ForgeCore tweeter. The lower module contains a 10.25" BilletCore woofer. Also new at YG is the Sonja Series Two 2.3 speaker ($112,800), which features a 2.1 module atop a module with two of the aforementioned woofers.

The Sonja 2.2 adopts two key innovations that up to now could be found only in the Sonja XV. First is YG’s new, expensive-to-manufacture BilletDome tweeter, which uses a soft-dome diaphragm supported from behind by a stiff, extremely light frame that is machined in-house from an aircraft-grade solid-aluminum billet. Although the frame weighs about 30 milligrams (about one-thousandth of an ounce), its critical sections are up to 14 times thicker than a typical hard-dome diaphragm, which is said to provide superior rigidity over domes made of even exotic hard materials.

Second is YG’s new ViseCoil inductor, several of which are used in the 2.2’s bass crossover. CNC-wound in-house, the inductor is encased in a vise-like milled structure that the company states eliminates vibration and tightens manufacturing tolerances. According to YG, this new inductor causes residual energy loss in the form of heat and vibration to be reduced by 24 percent and accuracy to be improved by 60 percent, resulting in less amplifier strain and superior woofer control.

After a trip of over an hour and a half from New York City in heavy snow, I arrived to find the YGs backed up by an august assortment of electronics: a Kronos Pro LE Turntable ($38,000, not including Kronos Black Beauty tonearm and Air Tight Opus 1 cartridge), numerous Audionet components, and Kubala Sosna Elation! cables and power cords. 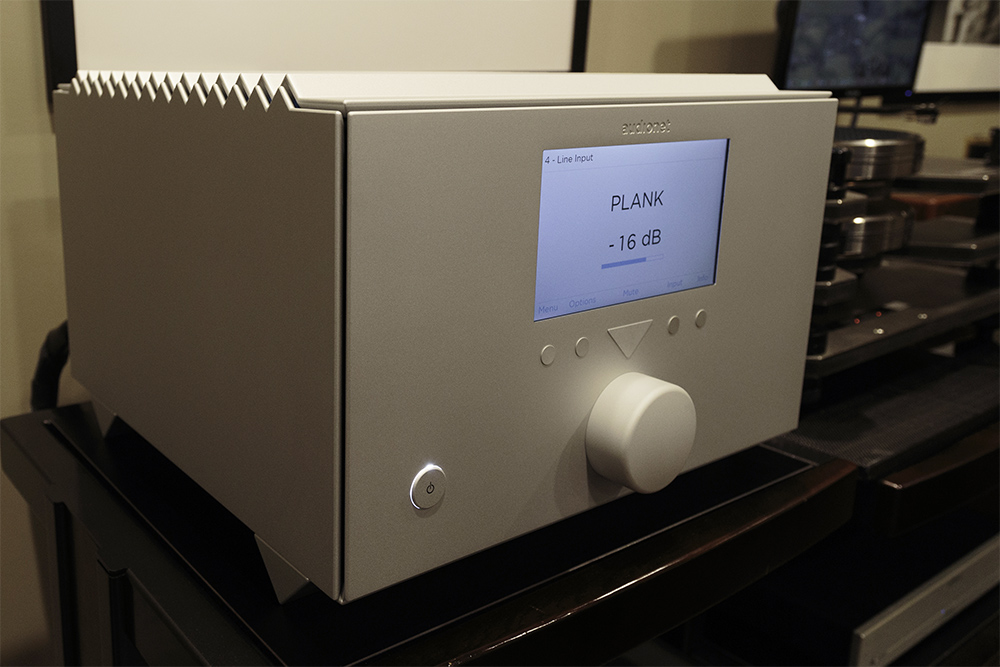 Included among the Audionet pieces were a PAM Pre G2 phono stage ($20,200), Stern line stage ($45,000), and Heisenberg mono amplifiers ($105,000 per pair). I assume with only limited certainty that the mono amps were named after the German physicist Werner Heisenberg, rather than the pseudonym used by Walter White, the protagonist in the television series Breaking Bad.

The audition session was vinyl heavy. Almost instantly, the 2.2’s improved sound was evident. Further, the jazz-laden menu was replete with wind passages, arguably allowing the BilletDome tweeters to steal the show. 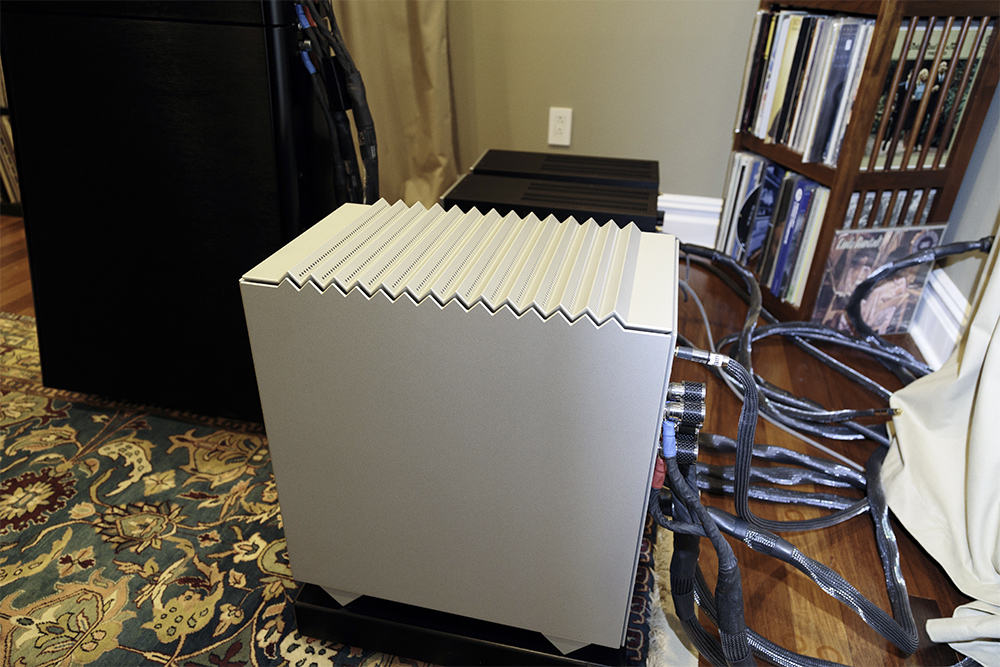 In “Tanya,” from Dexter Gordon’s One Flight Up (LP, Blue Note BLP 4176/84176), Donald Byrd’s trumpet bristled with high-frequency overtones. Yet even when turned up loud, there was absolutely no strain or distortion.

But the session demonstrated much more than the tweeter’s ability to play loudly. “Mood Indigo,” from Masterpieces by Ellington (LP, Columbia Masterworks ML 4418), is widely viewed to be among the best jazz compositions ever written. Through the 2.2s, trumpet, trombone, and alto sax passages, alternating from metallic and brilliant to somber and intense, displayed astonishing detail and leading-edge precision coupled with body and sweetness that was otherworldly even when compared to any number of ultra-high-end speakers I’ve heard.

The BilletDome tweeter is undeniably a substantial technological breakthrough for YG. Nonetheless, there were still occasions during the session for the newly designed bass crossover to shine. In “Ben’s Blues,” from Gentle Ben, by Ben Webster and the Tete Montoliu Trio (LP, Analogue Productions APJ 040-45), recorded in Barcelona three months before Webster’s 1973 death, Eric Peter’s bass notes were as intimate, taught, and clean as on any speaker that I have heard.

In “Mondscheinsonate / Round About Midnight,” from Ray Brown and Laurindo Almeida’s Moonlight Serenade (LP, JETON 33 004 Vertrieb Bell Musik GmbH), I felt the slow, brooding, and somber double bass bowing, logging in at around 65Hz, resonate in my chest. At this bass depth, the 2.2’s ease and extension were remarkable, particularly when considering the size of the bass driver. Noticeably absent was any sense of overhang or bloat. 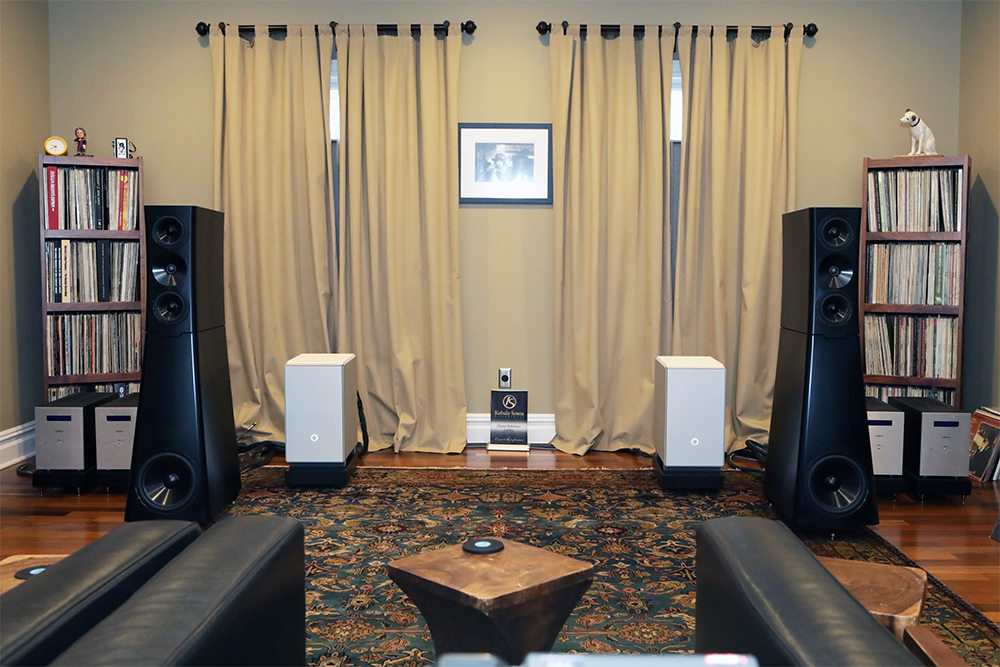 Of course, other than improvements said to result from the new trickle-down technologies, the Sonja 2.2 brought to the table the virtues that the outgoing 1.2 is famous for, including pinpoint imaging, neutrality, gorgeous tonal and timbral shading, extreme transparency, and a ravishing midrange.

Not surprisingly, while the Sonja 2.2s produced a very large soundstage, it was not as cavernous as that of the steeply priced four-piece Sonja XV speaker system, which occupied a much larger GTT listening room.

Current Sonja owners need not despair. The 1.2 and 1.3 speakers can be upgraded to Series Two status for $14,800 and $16,800 per pair, respectively. Having heard speakers from both the new and old Sonja series, I am afraid to say that the jump up in performance from the Series One to Two is substantial. A wave of upgrade orders may soon be keeping YG’s staff busy for some time to come.