I traveled several hours on a rainy May afternoon to the Cherry Hill, New Jersey, showroom of Hi-Fi Sales for its “Bringing It All Together” manufacturers’ event. Scheduled to attend were Gary Ko, president and CEO of Genesis Advanced Technologies; Robert Pleyer, sales director of Rogers High Fidelity; Princeton University professor Edgar Choueiri, the founder of Theoretica Applied Physics; and the father-son team of Harry Weisfeld and Mat Weisfeld, the founder/owner and president, respectively, of VPI Industries.

We arrived to discover that Professor Choueiri, the developer of BACCH-SP 3D stereo digital crosstalk cancellation technology, was unable to attend. This was unfortunate, as the event’s promotional literature proclaimed that this technology is “the most revolutionary product developed for the playback of stereo recordings in the last 30 years” -- and I was looking forward to learning more about it and him.

Of course, many would dismiss the above claim as marketing hyperbole. However, in a show report discussing a demo of the BACCH-SP technology at High End 2016, SoundStage! writer Brent Butterworth concluded that the demo was “one of the most convincing and dramatic [ones that he has] heard in [his] 26 years of attending audio shows.” Doug Schneider, Soundstage! founder, also at that demo, stated that it was “breathtaking” and the best that he had heard. Nor was Brent’s High End 2017 show report on the following year’s demo any less favorable. 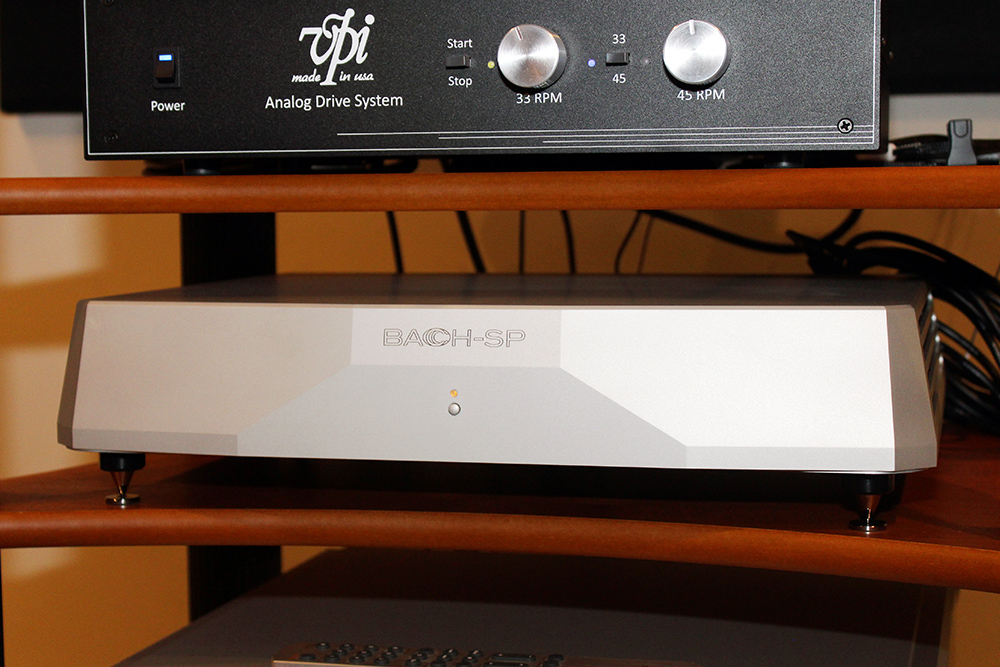 Luckily, Patrick Mattucci, the senior system designer for Hi-Fi Sales, assured me that despite Professor Choueiri’s absence, we would be given an audition of the BACCH-SP Adio ($23,800 USD), which contains a BACCH-SP processor, a music streamer, a preamp, a headphone amp, an active crossover, and a digital-to-analog converter. Among other available Theoretica BACCH-SP products is a somewhat less expensive version of the Adio that doesn’t contain an internal DAC.

As explained by Brent in that 2016 report, digital crosstalk cancellation enhances stereo imaging by placing “an inverted, filtered cancelling version of the left-channel signal into the right-channel speaker, and vice versa . . .” This provides much of the same effect as standing several mattresses on their sides from a point between the speakers to the listener’s face. In fact, some earlier versions of the technology required the use of some type of wall or barrier to effectuate channel separation.

Long ago proven effective, crosstalk cancellation technology, attempted in the analog and digital domains, traditionally suffered from practical issues (e.g., the reluctance of audiophiles to place a wall or mattresses between their speakers) that hindered its broad adoption. BACCH-SP could change that. 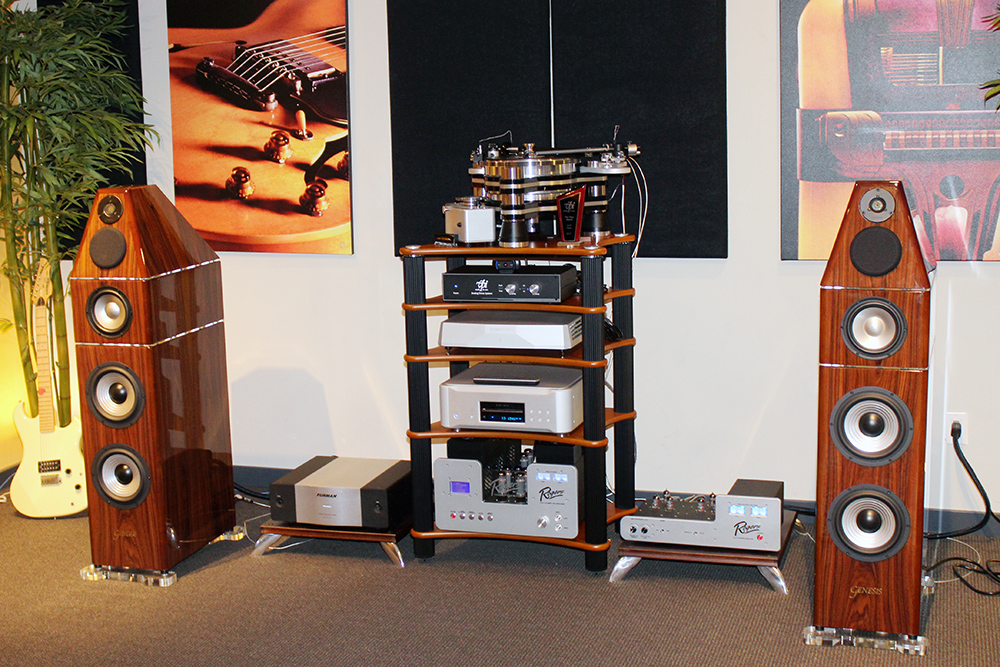 At my request, the Adio, which comes with an iPad pre-loaded with Roon and Theoretica apps, then joined the party. The app affords the user the ability to apply digital filters that capture the sonic profiles of the playback system’s speakers and the pinnae or outer portions of the listener’s ears as measured during calibration using small earbud-like microphones. The Adio also comes with a camera and head tracker that together detect the listener’s head movements. This allows the processor to adjust the signal so that the listener remains within the sweet spot even when moving about the room. The technology even works with multiple listeners. 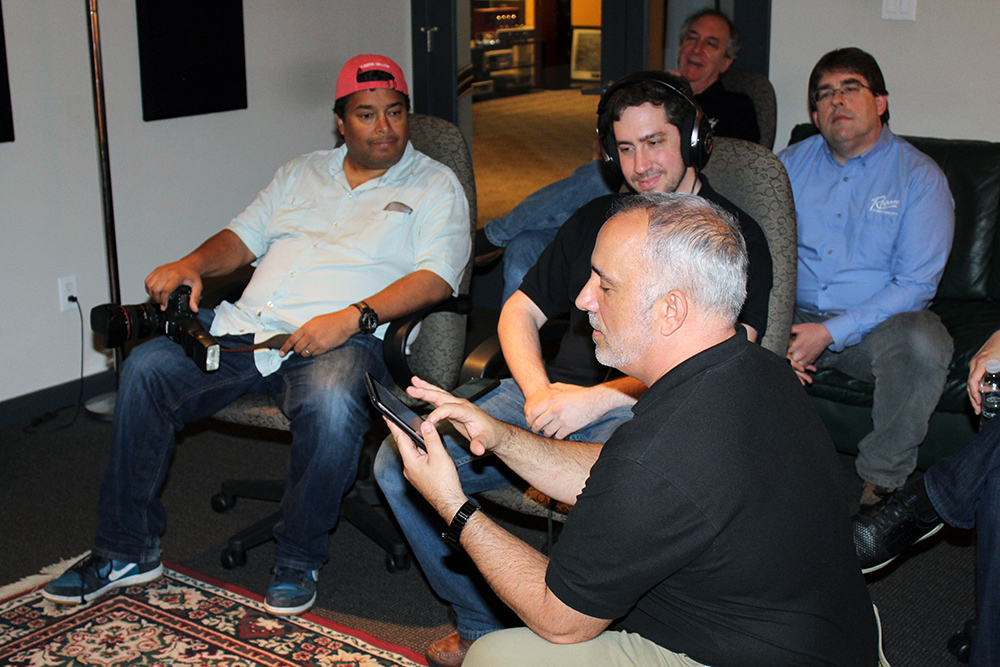 When the Adio’s BACCH-SP processing was activated, the results were difficult to believe. On Neil Young’s “A Man Needs a Maid,” from Live at Massey Hall 1971, images were drastically more three-dimensional and realistically spaced to the sides of, and within, the room. Every other stereo rig now seemed to offer imaging that was no better than flat-as-paper cutouts. But this was no cheap parlor trick. The Adio caused the system to render the best stereo reproduction that I’ve heard, at least with respect to imaging.

At one point, while using the Adio’s digital file of the Genesis Maestro speakers, Mattucci fitted me with headphones. Working its magic, the Adio imputed the sound of the speakers onto the signal. As a result, I completely believed, both in sound character and image location, that the music was coming from the speakers. I ripped the headphones off my head, only to find that the Maestros were off. 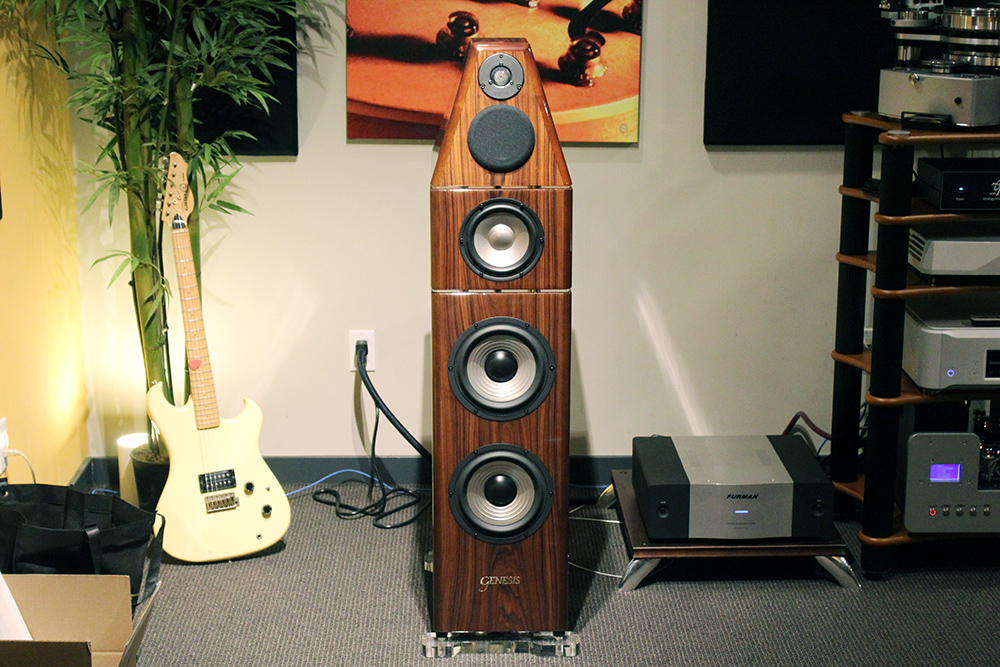 Mattucci then played music through the headphones using a digital filter that captured the sonic characteristics of Focal Scala Utopia Evo speakers that were previously in the listening room but had since been removed. It now sounded as if the Focals were playing. Stunning.

The headphones were then placed on Koh, who designed the Maestro speaker. He announced that what he heard through the headphones was completely faithful to the Maestro’s performance. Note that this particular part of the demo requires headphones, since they generally display an excellent impulse response and are very closely situated to the ear, thus enabling the signal to reach its destination (i.e., the brain) very quickly. 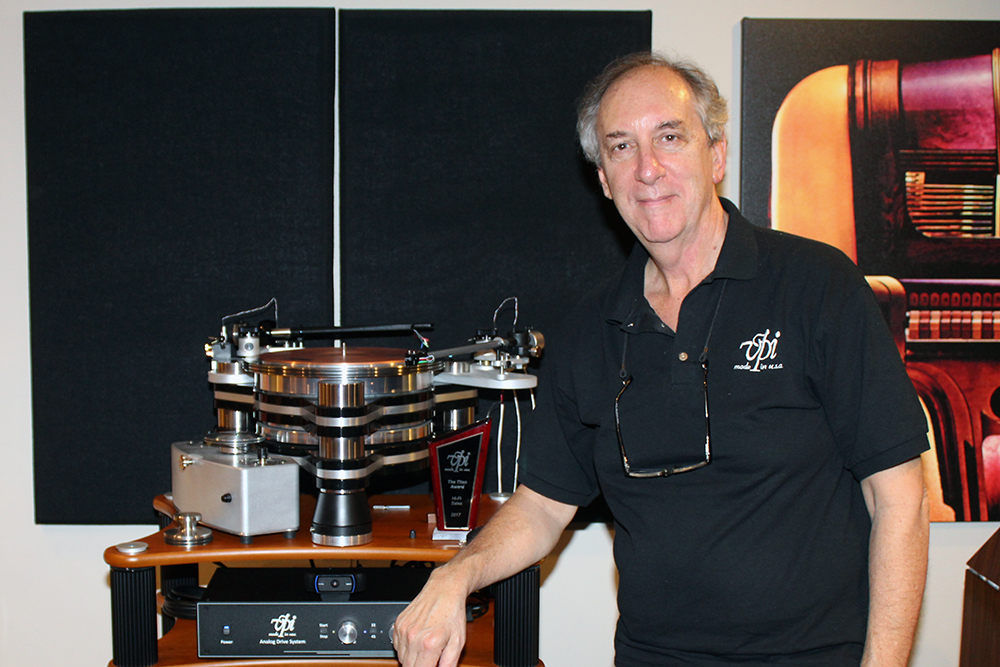 Next went Harry Weisfeld, who is obviously a huge analog advocate, since VPI is primarily a turntable manufacturer. After concluding his audition, he was so impressed that he announced that he wanted to purchase the Adio.

Particularly with respect to imaging, the BACCH-SP technology may represent the future of stereo performance. It also presents previously unimaginable possibilities. For example, using headphones, audiophiles are now able to realistically “listen” to each other’s speakers with any recording or source just by swapping digital filter files. In fact, the technology could represent a precursor to a future time when hardware is much less important than it is today. I want one now, too.