The Reavon UBR-X200: One of the Few Available High-End Universal Disc Players

If you’re like me and use your audio system to both enjoy stereo music and watch films with multichannel audio, you’ll appreciate a high-quality, universal disc player. Optical disc players are still the best way to watch movies with 4K Ultra HD video and uncompressed Dolby TrueHD or DTS-HD Master Audio soundtracks, and there are also some audio enthusiasts who still like to play SACDs, CDs, and even DVD-As. Granted, there aren’t many audiophiles whose main systems do double duty like mine, and with the proliferation of streaming services for both music and movies, optical disc players in general, let alone universal disc players, aren’t as highly sought after as they once were.

There are still manufacturers that make high-quality stereo SACD players—Yamaha, Marantz, Denon, and Arcam, to name a few—but what if you want a source that will play 4K Ultra HD Blu-rays as well as multichannel SACDs and DVD-Audio discs? Panasonic’s excellent DP-UB9000 plays only BDs, DVDs, and CDs, while Pioneer’s high-end UDP-LX800 and UDP-LX500 universal players no longer seem to be available. And Oppo Digital, once the undisputed king of high-quality and reasonably priced universal disc players, ceased production back in 2018. Several overseas manufacturers produce universal 4K Ultra HD Blu-ray players, including at least a few that are Oppo clones, and they appear to be quite variable in quality and price from what I’ve seen online. 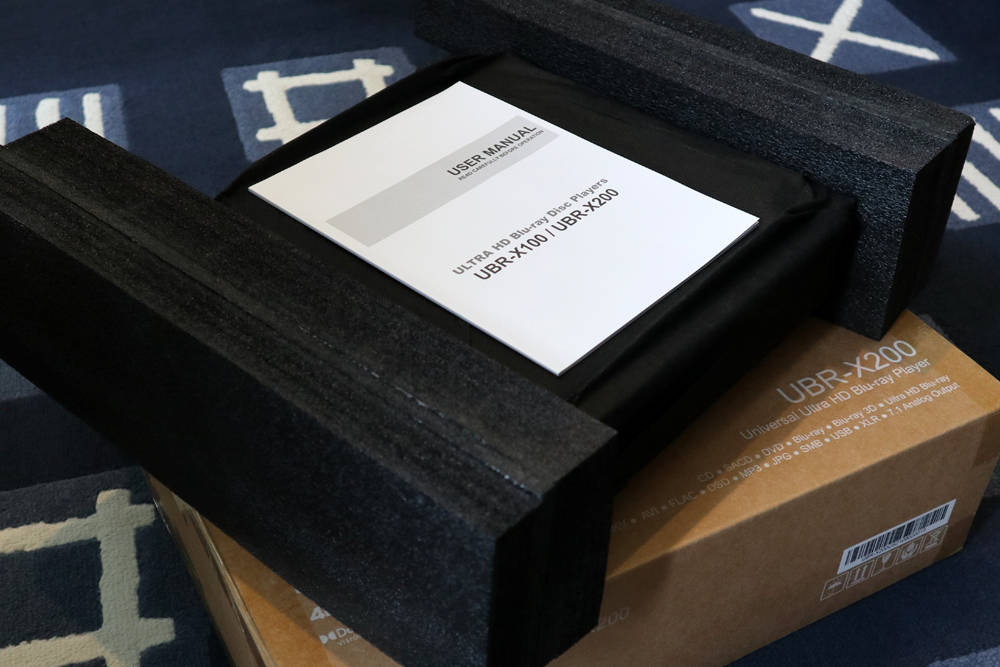 And while I have a UDP-205, Oppo Digital’s flagship universal 4K Ultra HD player, I have wanted a similar player for my second system, and to use as a backup to the Oppo. So I was extremely pleased and interested when French manufacturer Reavon announced the UBR-X200 ($1799, all prices in USD), a universal disc player with high-end aspirations. I contacted Zappiti, a maker of high-end media servers and the US distributor of Reavon, to obtain a review sample.

When the Reavon first arrived, well packaged and double boxed, I was reassured by its substantial weight of 15 pounds and robust build quality. Its minimal black steel construction and overall look reminded me a bit of the Panasonic DP-UB9000 and the Oppo UDP-203. It has a 6.35mm metal faceplate with a solid feel, and the 1.6mm chassis base is reinforced with a 3mm steel plate that is said to minimize mechanical motion from the BD drive with its rigid and stable chassis structure. 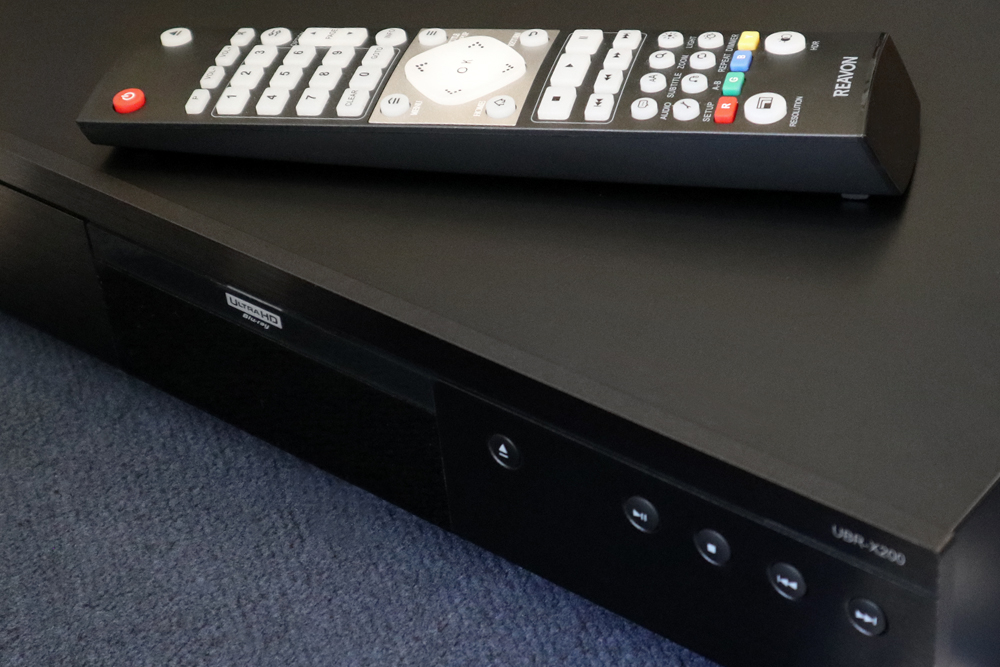 The front panel is minimalistic, with just a few buttons for playback, to eject discs, and for power, but the rear panel supports a full range of both digital and analog outputs. In addition to the analog 7.1-channel RCA outputs, there are upgraded stereo outputs on both RCA and XLR jacks with their own dedicated audio circuitry featuring dual TI PCM1795 32-bit/192kHz DAC chips with a dynamic range of 123dB and THD+N of 0.0005%. A large-capacity toroidal transformer (said to be “military engineering class”) is employed for the power supply, custom audiophile capacitors are utilized throughout, and a Pure Audio mode is available to turn off the video circuitry for improved performance when using it as an audio-only player. 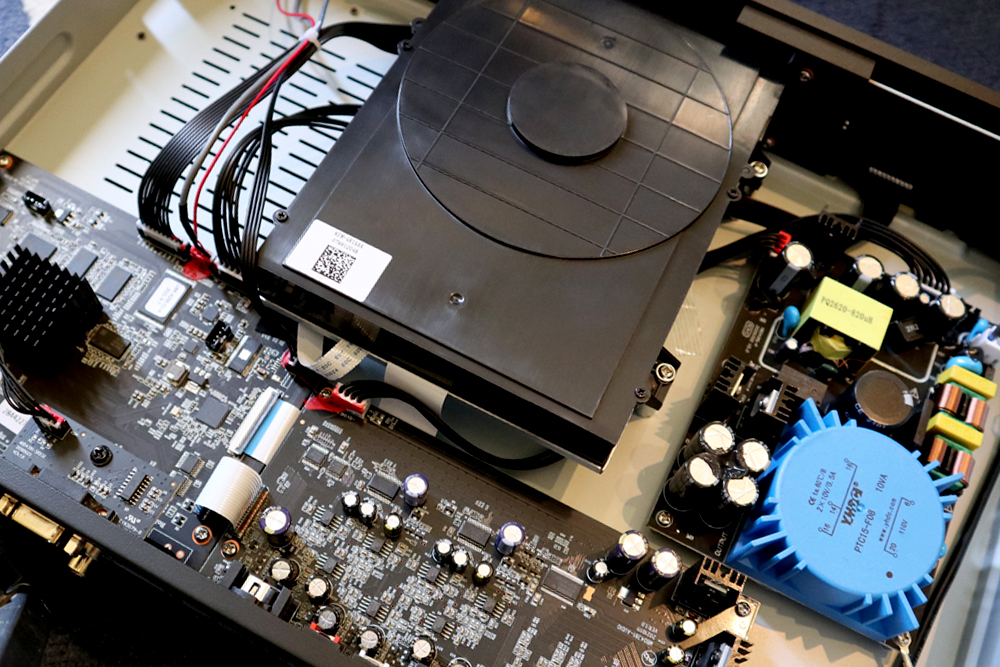 The multichannel outputs utilize a single TI PCM1690 24-bit/192kHz eight-channel DAC with a dynamic range of 113dB, and video processing is provided via a MediaTek MT8581 system on a chip (SoC). Overall, the circuit boards feature plenty of ICs and a tidy layout, and although the Reavon player isn’t built quite to the near-tank-like standard of the reference Oppo players, its design and build quality are still quite good for a player in this price range. 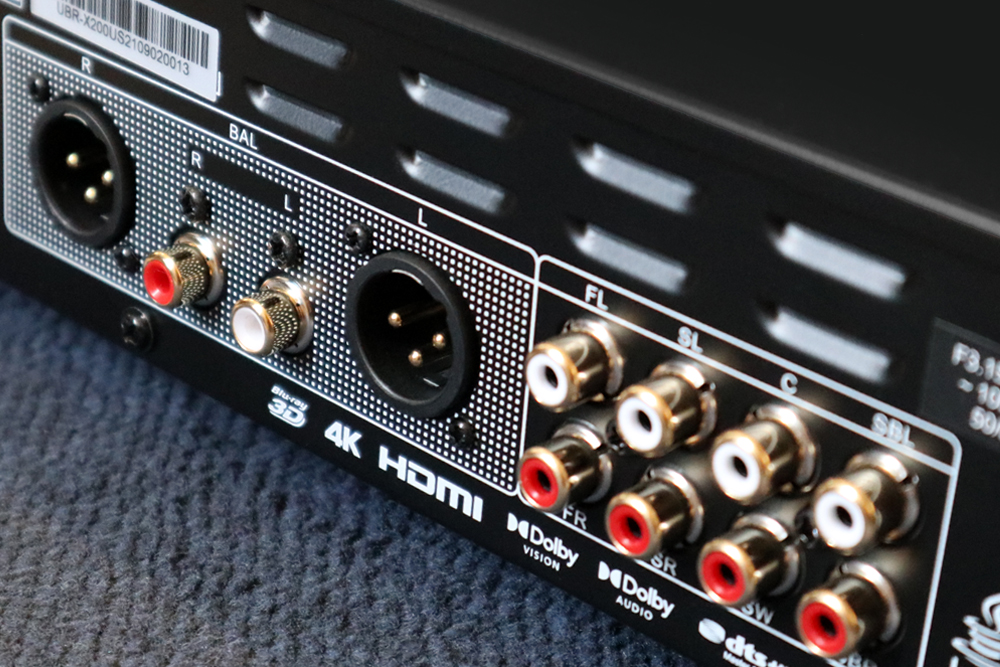 The backlit remote is pretty nice and is similar in size and feel to the Oppo UDP-205’s remote. Buttons are laid out logically, and the onscreen menu system is straightforward and functional. You’ll need a video display to do the initial setup, but that’s no different from other players, including from Oppo. However, the Reavon’s front-panel display provides only elapsed time—and, with a recent firmware update, track or chapter number, but not information such as disc or file type, or the number of audio channels being decoded. 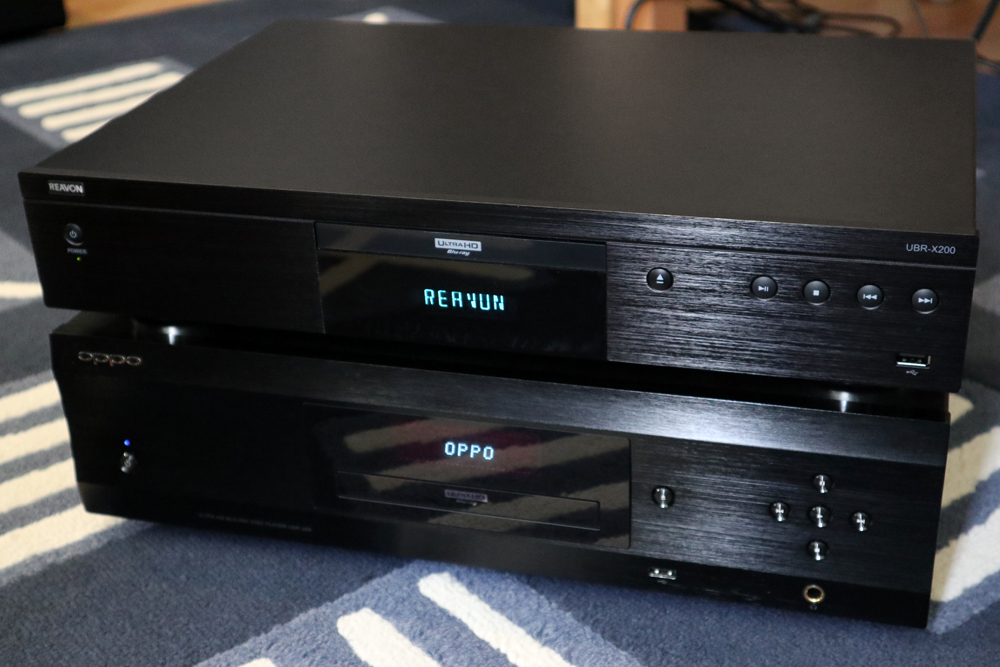 So the Reavon UBR-X200 appears to exhibit the engineering, design, and build quality to be a 4K Ultra HD universal player suitable for use as a source in a high-quality audio system. My initial impressions listening to SACDs and high-resolution audio files were very favorable, but you’ll have to wait to read my full review on SoundStage! Hi-Fi to find out about its full feature set, all aspects of its performance, and how it stacks up against my longtime reference, the Oppo Digital UDP-205.