I’ve been listening to MartinLogan Masterpiece Classic ESL 9 loudspeakers in my reference system for five years now, and when SoundStage! Network editor-in-chief Jeff Fritz recently asked me if I was still happy with them, I answered with an emphatic yes. And when asked why, I realized that, although they have their limitations, I have yet to hear other speakers near their price that outperform them in the areas that I find most critical for my own musical enjoyment.

I first reviewed a pair of speakers from ML, the Spires ($8495 USD per pair, discontinued), in 2011. Featuring a 10″ woofer with a built-in 200W amplifier along with its electrostatic panel, the Spire reminded me of how visually and aurally stunning ML hybrid ESLs can be. With lightning-fast and crystal-clear sound, the Spires provided more detailed and precise imaging than my reference speakers at the time, the Paradigm Signature S6 v.3s ($5798 per pair). But even with a powered woofer section, the pair couldn’t match the Paradigms’ solidity in the lower frequencies. And the integration of the bass with the midrange was not as smooth and seamless, with the upper bass sounding a tad light through the ML Spires. 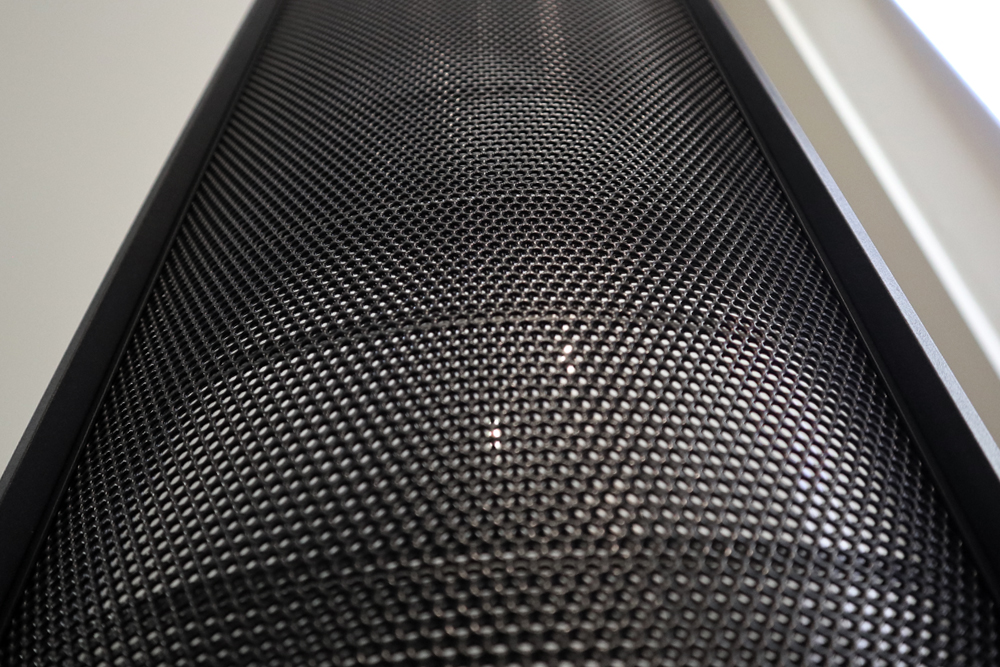 Fast-forward six years, and I found myself reviewing another ML model, this time the Masterpiece Classic ESL 9, the least-expensive model in the brand’s Masterpiece series at $6495/pr. The three more-expensive models in the Masterpiece series—the Renaissance ESL 15A, Expression ESL 13A, and Impression ESL 11A—each feature a powered woofer section with built-in Anthem Room Correction (ARC), and they’re priced from $9995 to $24,995 per pair. (ARC is used in products by MartinLogan, Anthem, and Paradigm, as they’re all under the same ownership.) Costing much less than its more expensive Masterpiece siblings, and lacking the powered woofer section and ARC, on paper, the ESL 9 seemed like it would be another excellent sounding ML speaker at an attractive price, but ultimately not my first choice as a reference speaker. But as fellow SoundStage! Network reviewer Vince Hanada put it, the ESL 9s provided the best sound he had ever experienced in my system. And even though I ended up using them with my Anthem D2 A/V processor with ARC and dual JL Audio E-Sub e112 powered subwoofers, they still sounded wonderful on their own with an Oppo Digital BDP-105 universal BD player used as a preamplifier-DAC and a Bryston 4B3 power amplifier at the time. 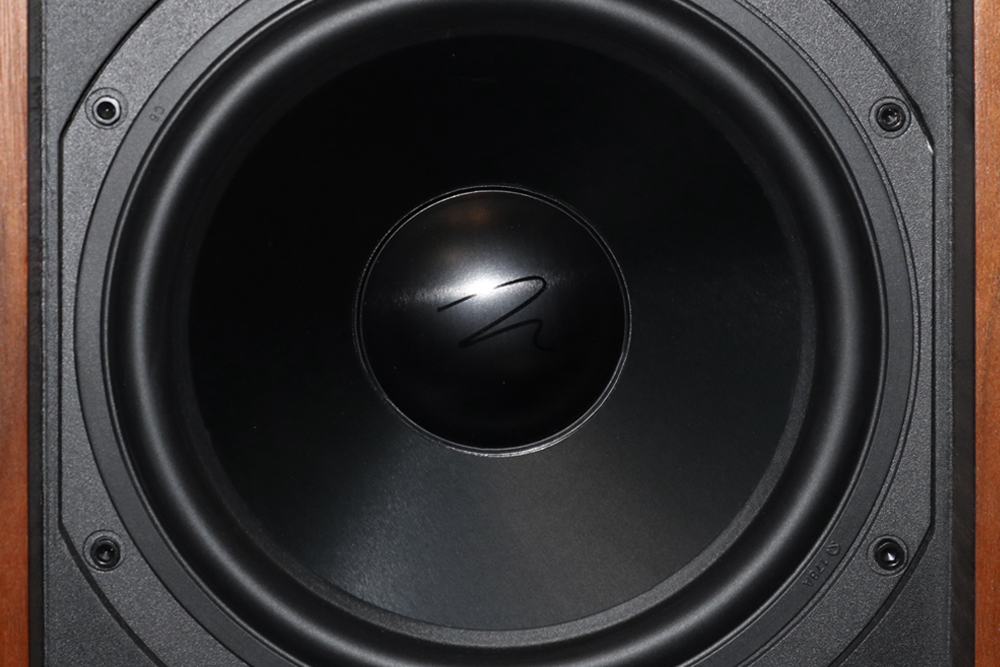 So what had changed with ML’s hybrid ESLs between the time that I reviewed the Spire and when I reviewed the ESL 9? I’m not exactly sure, but in addition to the characteristic clarity through the midrange and highs and the ability to play extremely loud with little noticeable distortion or compression, there was now a smoother and more coherent transition from the low frequencies to the midrange. And this was with the newer, less-expensive ESL 9 lacking a powered woofer section and the room-correction system of its more expensive siblings.

Compared to the older Spire, the ESL 9 is fully passive and uses a smaller 8″ woofer design—but it has two of them: one on the front baffle and another on the rear. Additionally, it has an “ultra-low turbulence” port below the rear-mounted woofer, and it features ML’s latest iteration of its Vojtko crossover, which hands off frequencies from the woofers to the electrostatic panel at 380Hz. 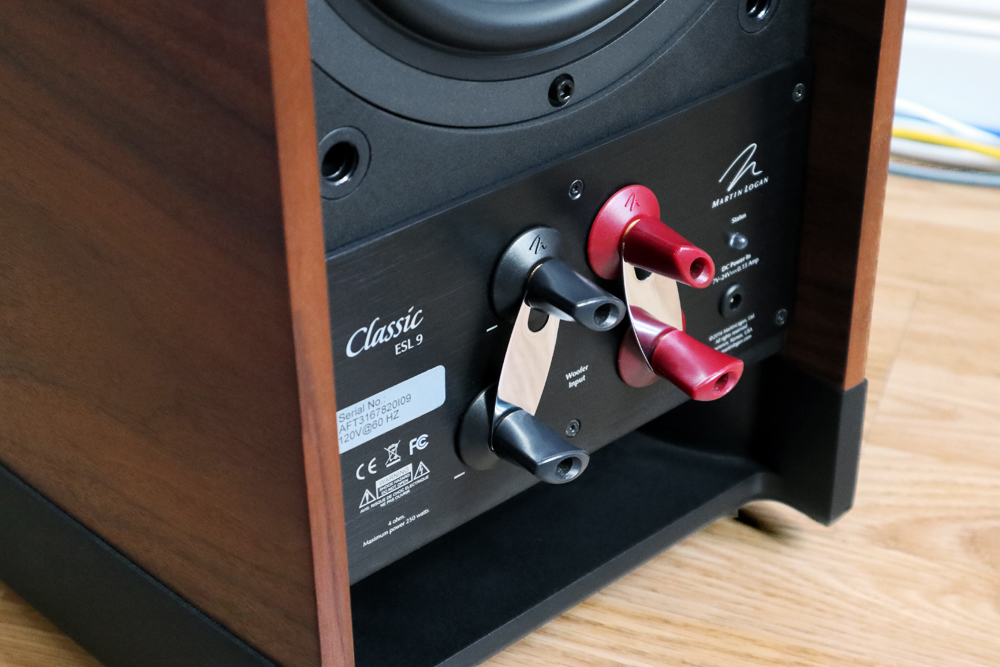 I can’t be certain whether the ESL 9s sounded more crystalline through the midrange and treble than the Spires, but I do know that they sounded clearer than any conventional dynamic speakers I’ve heard at anything near their price. MartinLogan isn’t specific about what improvements it made to its electrostatic panels, but the ESL 9 features the latest version of the company’s AirFrame Blade, marrying an ultra-rigid frame to the panel, along with its MicroPerf perforations in the stators, which are said to expose more of the diaphragm’s surface area.

The midrange and especially vocals sounded absolutely stunning through the ESL 9s when I reviewed them. And while I wouldn’t exactly say that comparably priced dynamic speakers sounded dull in comparison, the ESL 9s definitely sounded more alive and realistic. That still holds true. Lana Del Rey’s recordings feature all kinds of overdubs and recording effects, making her vocals take on different characteristics, even within the same verse at times. I recently used some of her music for listening tests. With the ESL 9s, I could always make out all of the exquisite nuances of her voice. For example, the title track from Blue Banisters (24-bit/44.1kHz FLAC, Polydor/Qobuz) has Del Rey’s vocals changing from slightly diffuse to a more focused and closely miked quality between the first and second verses. Her voice is also placed in different positions within the soundstage during the song. I could easily hear all of those characteristics through the ESL 9s. 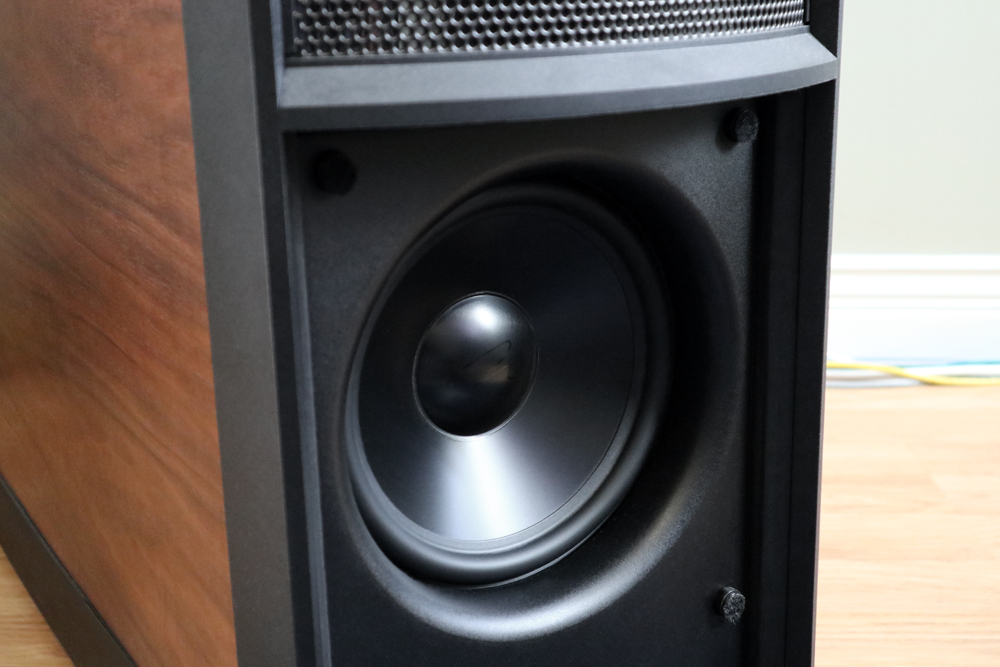 And while they sounded great on their own, when I integrated them with my dual JL Audio E-Sub e112 subwoofers using ARC Genesis room correction (built into my Anthem STR Preamplifier), the results were even better. The electrostatic panels of the MLs never showed any signs of strain or compression, even when keeping up with the prodigious output of the JLA subs. This is not something I can say about any dynamic speakers I’ve previously had in the system. Not only that, but with the inclusion of an ML ElectroMotion ESL C center-channel, along with Motion 4 height and Definitive Technology BP9080x surround speakers, they make up a truly high-end, multichannel speaker system I still use today. 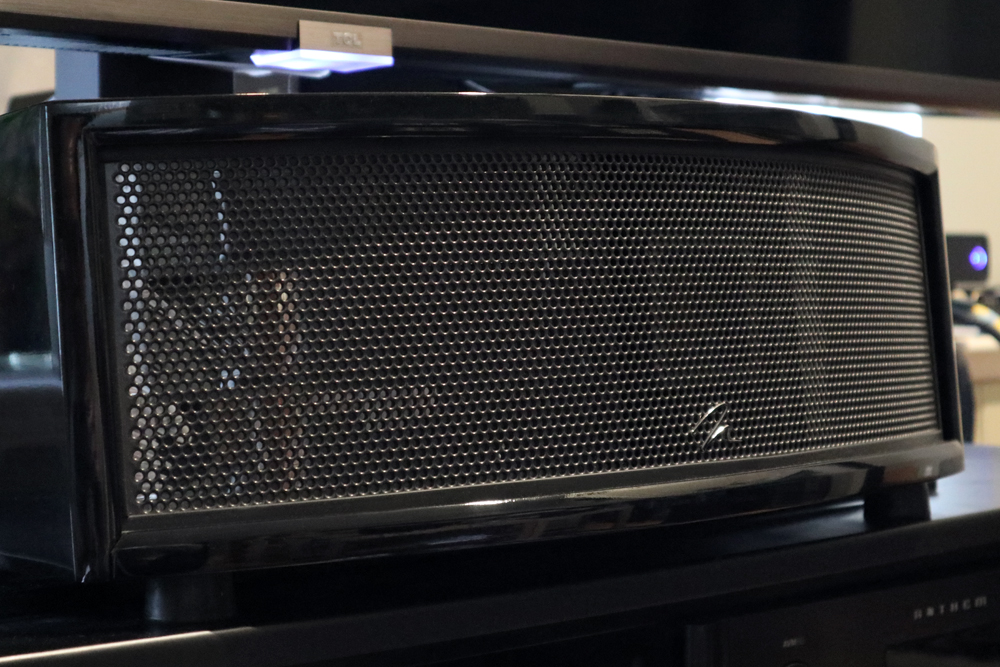 I always have my eyes and ears open for new speakers that might catch my fancy, and perhaps I will seek out new ESLs when ML introduces them, but in the meantime I’m in no hurry to replace the ESL 9s. Presently, I’m listening to “Gortoz A Ran” from Black Hawk Down: Original Motion Picture Soundtrack (16/44.1 FLAC, E2E Classics/Qobuz), and the vocals of Denez Prigent and Lisa Gerrard are strikingly clear, transparent, and pristine. This is why I love these speakers so much, and it’s why they’re such a valuable reviewing tool.