Back in 2015, I reviewed the Cyrus Audio Stereo 200, an excellent-sounding power amplifier based on the British audio manufacturer’s proprietary class-D amplification topology. Our own Hans Wetzel heard a prototype Stereo 200 during a previous Cyrus factory tour and was also impressed. I have not seen or heard much about Cyrus in the past few years, although I saw its products at High End 2018 in Munich, where it was displaying the One HD integrated amplifier-DAC, which also utilizes the brand’s class-D amplifier circuitry. 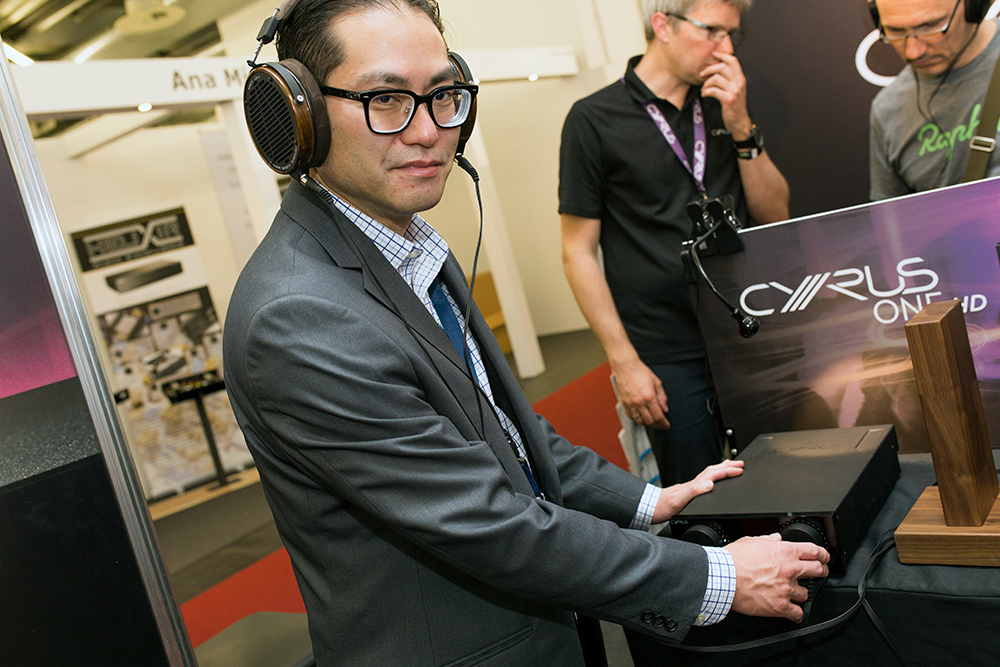 However, I recently learned that Cyrus offers a wide range of components, including more traditional class-AB amplification products, when I asked the company about the availability of products for review. Cyrus offered up review samples of its top-of-the-line class-AB i9-XR integrated amplifier-DAC and CDi-XR compact disc player. Yes, the brand still makes a CD player—a few of them actually—in addition to a couple of CD transports, several DACs, preamplifiers, power amplifiers, integrated amplifier-DACs, and a phono preamp. 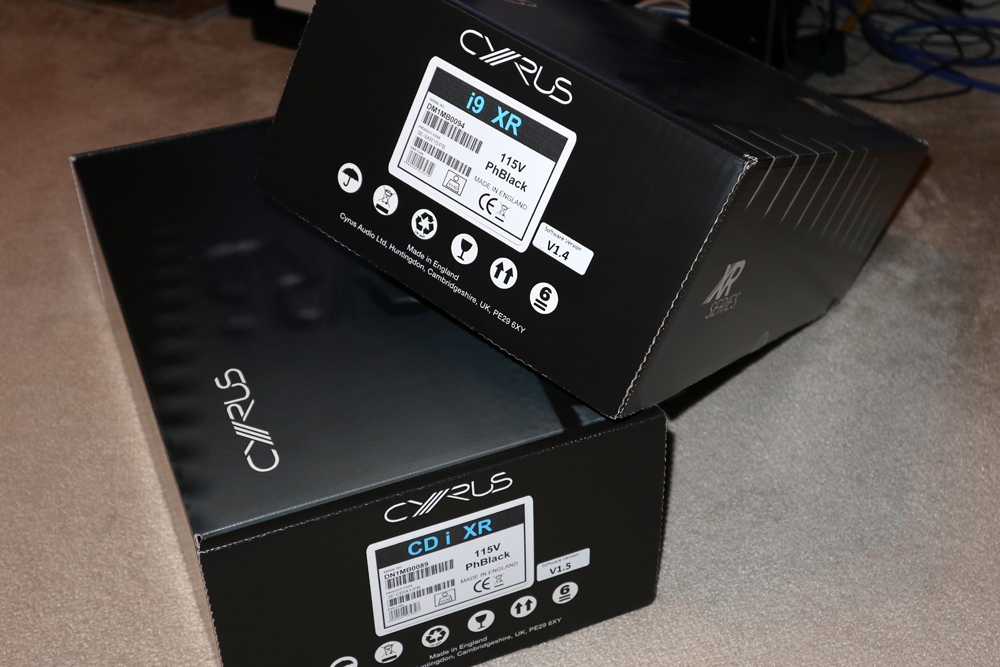 All of those components come housed in Cyrus’s half-width cast aluminum chassis. This makes for refreshingly small shipping boxes, although even these relatively small and rigid boxes contain enough packing material to make for a very snug and solid package, which should easily withstand most normal handling encountered during shipping. Unpacking the boxes that arrived from Cyrus’s headquarters in Cambridgeshire, England, I found that the components themselves were also very solid and seemed well made. Cyrus offers its sleek Hark rack, which makes the components appear as if they’re floating on air, but if you only have a couple of units, like the i9-XR and CDi-XR, you could place them side by side on a single shelf or even stack them one on top of the other, which I thought made for an attractive little stack of electronics. Priced at $4495 and $2999 USD, respectively, the i9 and CDi are certainly not inexpensive, but there is plenty of stuff jammed into each of their compact chassis. 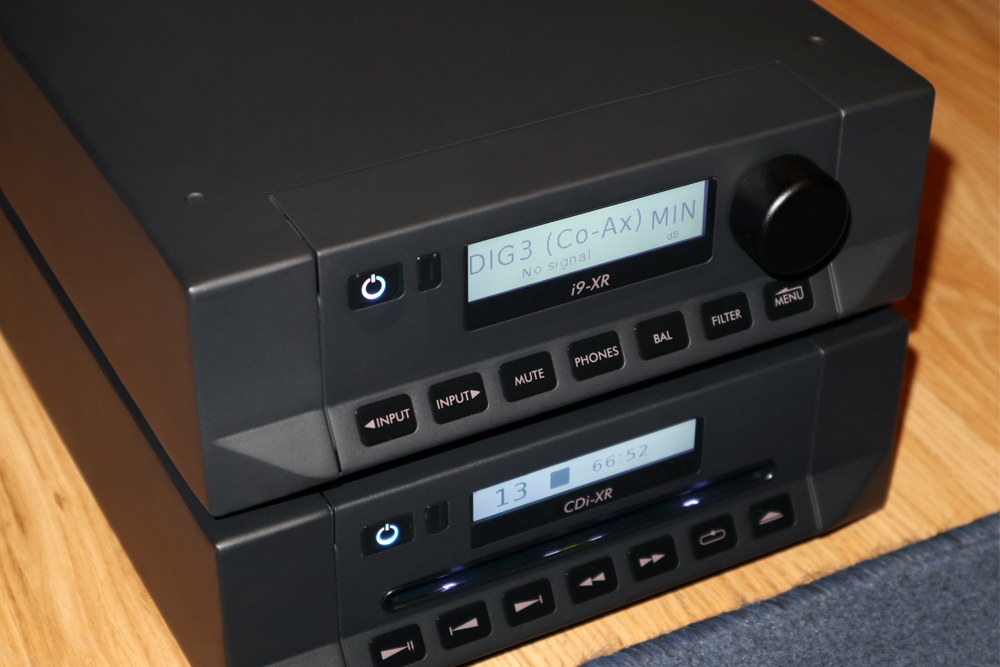 In addition to being a handsome-looking little component, the CDi-XR features several unique technologies with special attention paid to reducing noise. It employs the Cyrus CD Servo Evolution CD mechanism, which is designed to be more accurate rather than fast, running at only 1× speed instead of the much-faster speeds of most CD drives. By stressing accuracy rather than speed, it requires less error correction, resulting in less electrical noise going into the DAC, according to Cyrus.

The chassis is also quite mechanically inert, and the drive mechanism is shielded from the other circuits, including what appears to be a very robust power supply with a toroidal transformer. 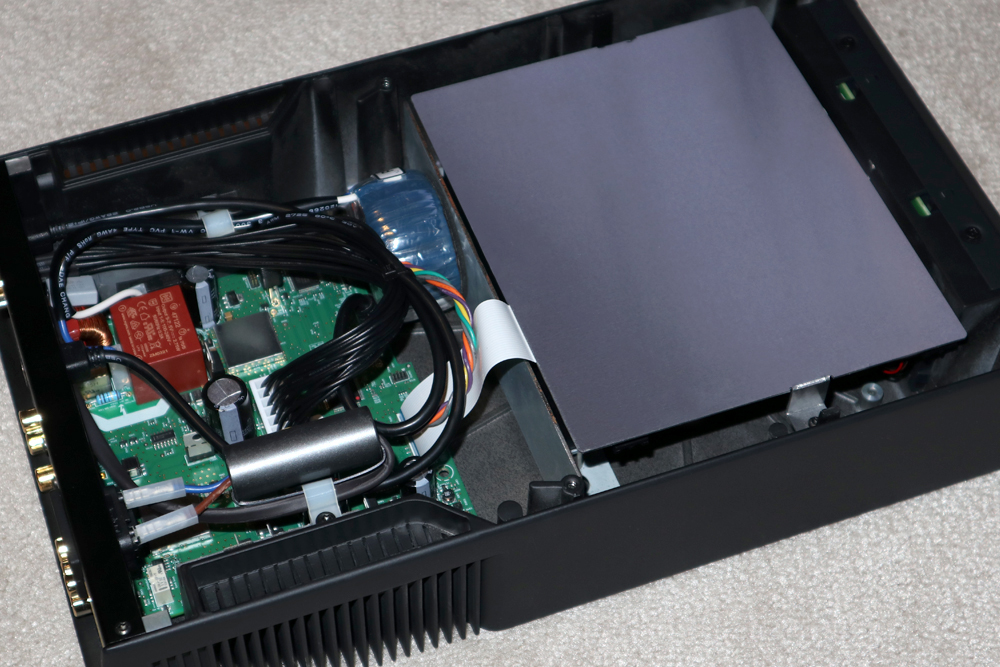 The CDi also features the second generation of Cyrus’s QXR DAC technology, utilizing the ESS Technology ES9038Q2M DAC chip, which is the lower-power, stereo version of the flagship ES9038PRO DAC chip. Additionally, Cyrus has put a lot of work into the power supplies and reconstruction filter to reduce the overall noise of the DAC section.

The other half of the smart-looking Cyrus stack I received for review is the i9-XR integrated amplifier-DAC, which looks very similar to the CD player, except that it lacks the slot for loading CDs and has a small control knob on the right side of its front panel. The i9 also features the QXR DAC board, and it has five digital inputs in addition to being Roon Tested. And for those with older Cyrus integrated amplifier-DACs, the new QXR DAC board upgrade is available direct from Cyrus for £599. There is a very large toroidal transformer bolted to the top of the chassis, taking up most of the front half of its interior, and its class-AB amplifier circuitry is rated to deliver 91Wpc into 6 ohms. 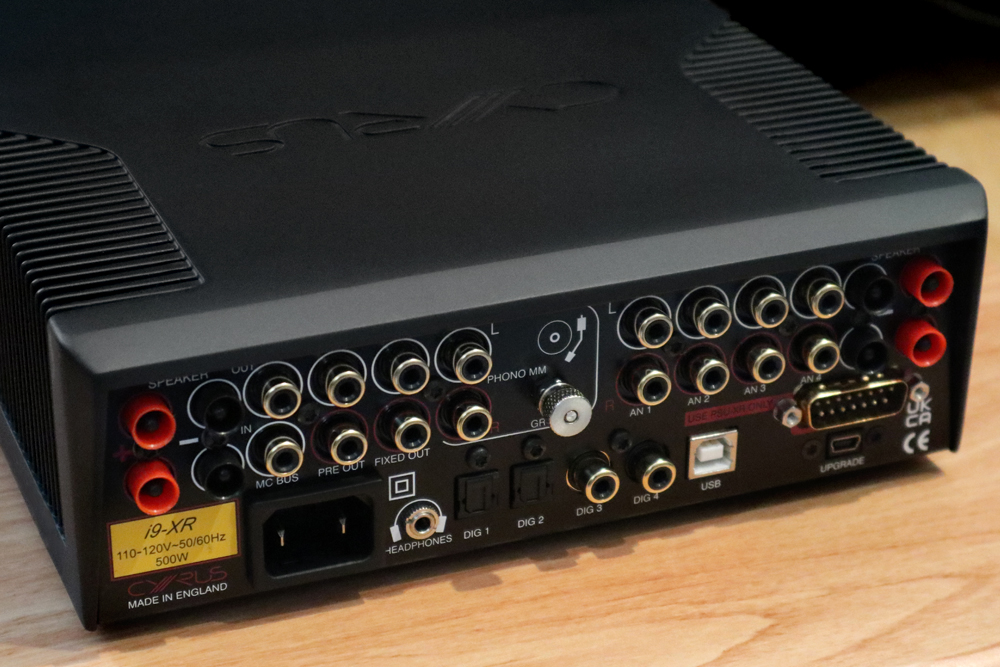 Additionally, all of Cyrus’s XR components are designed so that they can be upgraded with the PSU-XR power supply, which plugs into the multi-pin PSU-XR socket on the back panel. The optional PSU-XR is expected to be available starting this November. Also on the back panel are an MM phono input and, somewhat surprisingly, a headphone output, so the i9 has nearly all of the features that could be desired in an integrated amplifier-DAC, including relatively high power output in an attractive and compact form factor. 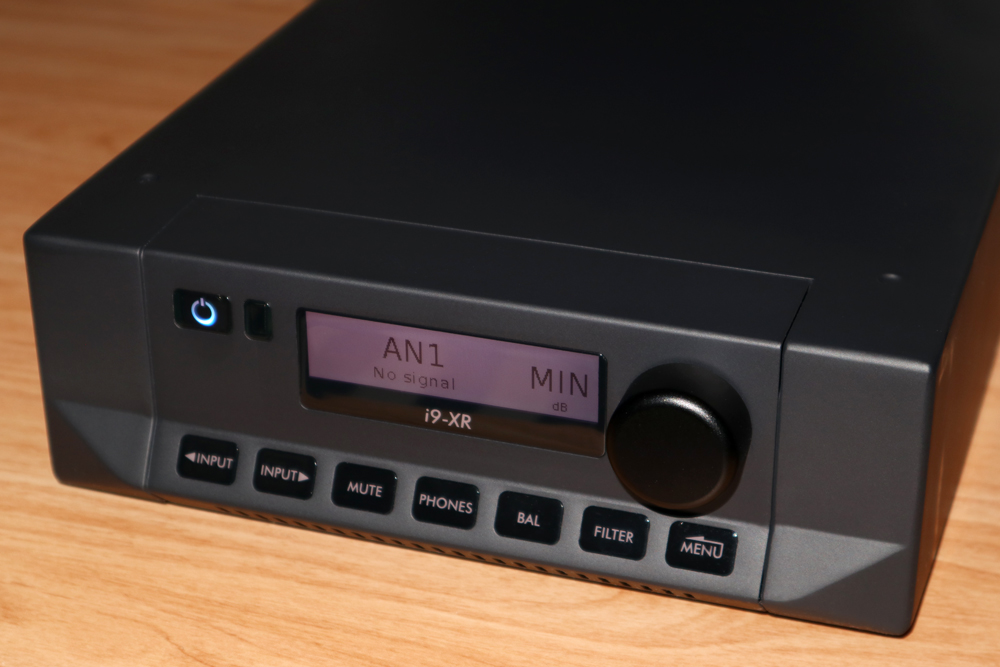 Cyrus’s presence in the North American market has been somewhat uneven in recent years, but it now has distribution in both the US and Canada. I’m looking forward to getting acquainted with these components—and hopefully more in the future, including forthcoming products that the company says will incorporate the BluOS music-streaming platform. My initial impressions of the i9-XR and CDi-XR are quite positive, but you’ll have to wait to see my reviews on SoundStage! Hi-Fi to get the full story on these intriguing British-made components. Please stay tuned!