Since he was a small boy, Oliver Göbel, founder of Göbel High End, has loved music. His company is located in Alling, Germany. But unlike most in his family, who fell in love with music through playing an instrument, Göbel was more interested in designing the instrument that played the music. With a background in electronics and communications, Göbel got his first taste for designing loudspeakers while working for Siemens. Specializing in designing specific acoustic solutions for large OEM manufacturers and often focusing on loudspeaker designs, Göbel discovered bending wave technology while he was there. Fascinated by the science and driven by his passion for designing loudspeakers, he soon patented his own acoustic application for bending wave transducers. 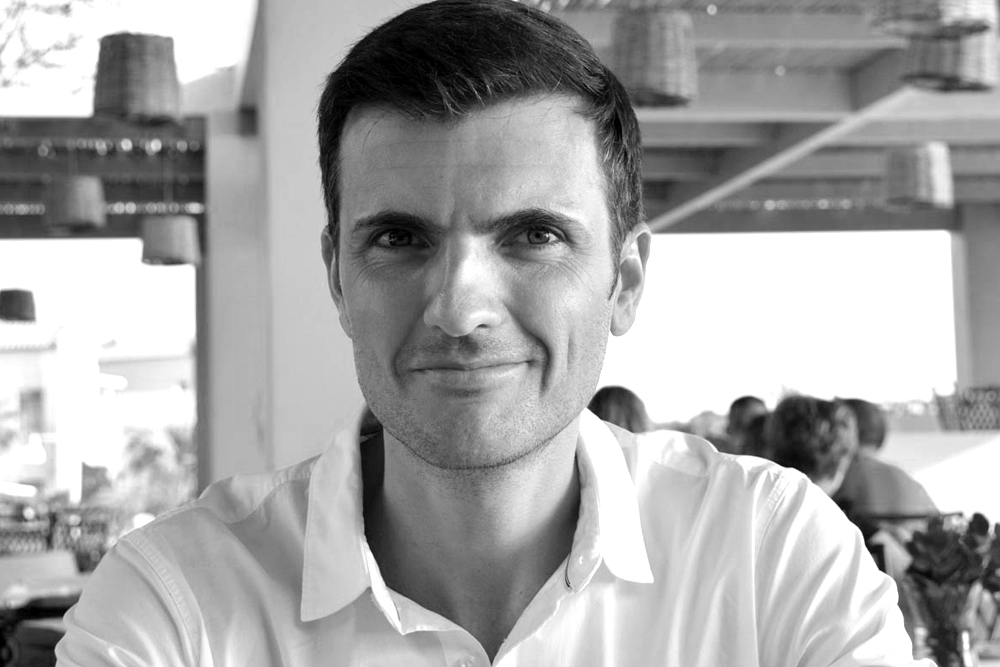 After two short years in business, Göbel slowly shifted his focus from Göbel Audio back to designing his own speakers under Göbel High End. Over the past 12 years, Göbel High End has grown to offer two disparate series of speakers, Epoque Aeon and, more recently, Divin, along with a top-quality lineup of audio cables branded Lacorde Statement. I can probably count on one hand the number of companies that genuinely design and build both speakers and cables, so when prompted for an explanation, Göbel commented that his cables “were born of necessity to provide the best possible cabling” for his loudspeakers. It wasn’t long before these cables evolved into an external speaker cable, and the advantages wrought from those later precipitated a full range of cables, each modified for specific applications. 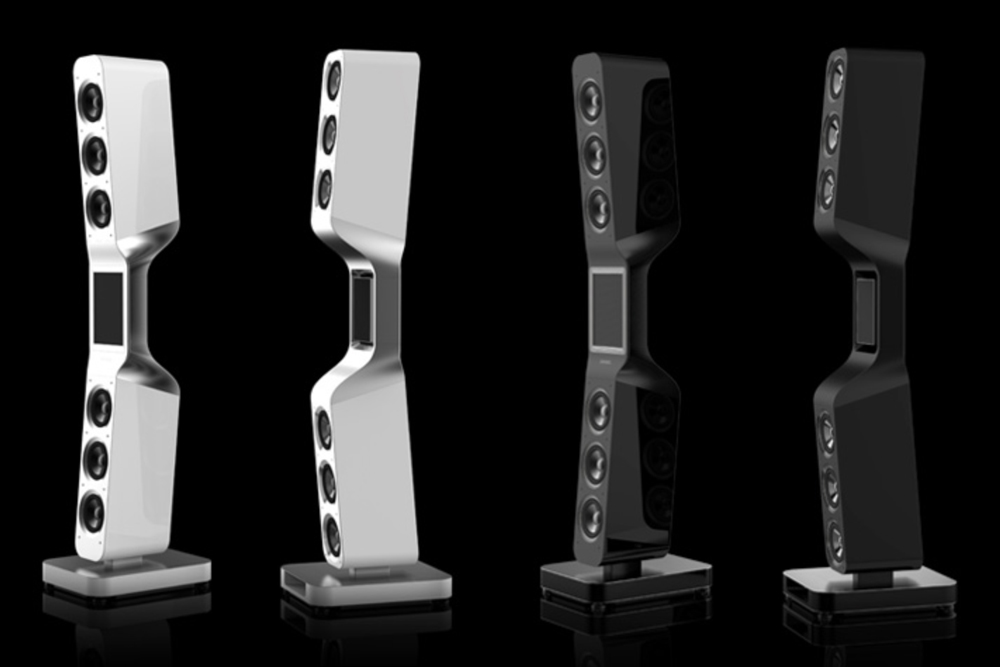 Strikingly different in terms of design and function, both the Epoque and Divin series were conceived utilizing the same fundamental design technologies. The Epoque series comprises three models, each designed to function in a medium-size room: Aeon Reference, Aeon Fine, and Aeon Wall. Each uses a combination of 7" ultra-rigid aluminum bass drivers and passive radiators varying in quantity depending on model. These drivers are housed in an enclosure made of a proprietary multilayered composite material in combination with a special aluminum alloy. Where things get funky is these drivers and radiators hand off to a rectangular Carbon Excellence bending wave driver capable of a remarkably wide, continuous bandwidth of 170Hz to 31kHz. Moreover, this same bending wave driver has a dispersion of nearly 180 degrees both frontwards and backwards. The rear-firing bandwidth is limited to 170Hz to 4000Hz across all Epoque speakers, but it is said to produce a completely immersive sound field similar to that of an omnidirectional speaker. Supplementing the core speaker range are two active subwoofer modules and an active subwoofer crossover, all optional. When so optioned, bass extension from each model goes from 28Hz to 15Hz, regardless of which subwoofer is selected. 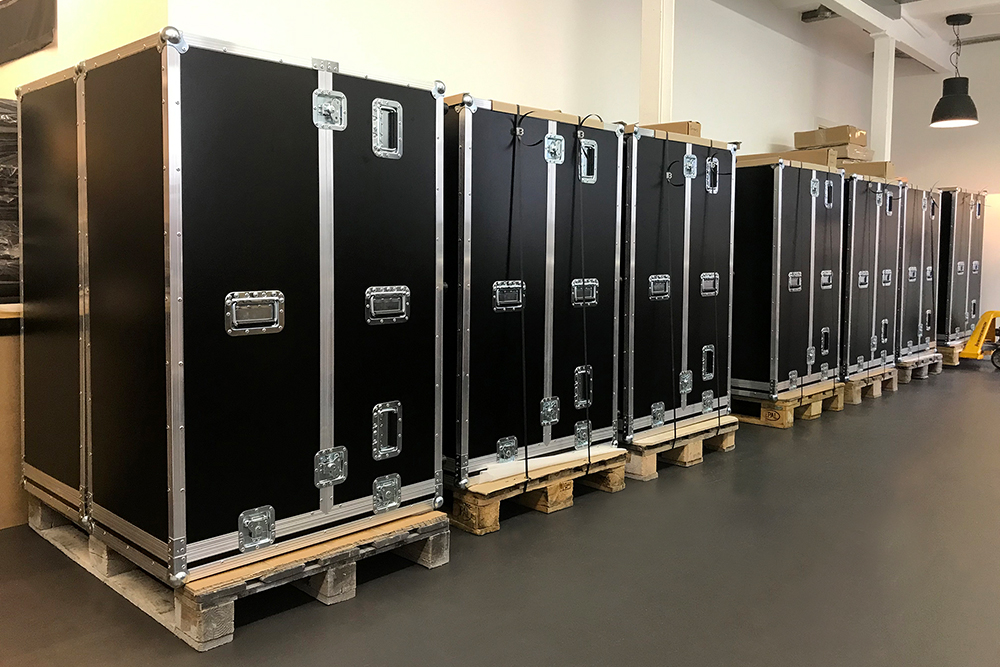 In preparing for this article, I was impressed to find an abundance of technical information available on Göbel High End’s website, yet I had one reoccurring thought roaming around in my mind after barely scratching the surface: what the heck is a bending wave transducer? Göbel High End describes it thusly: 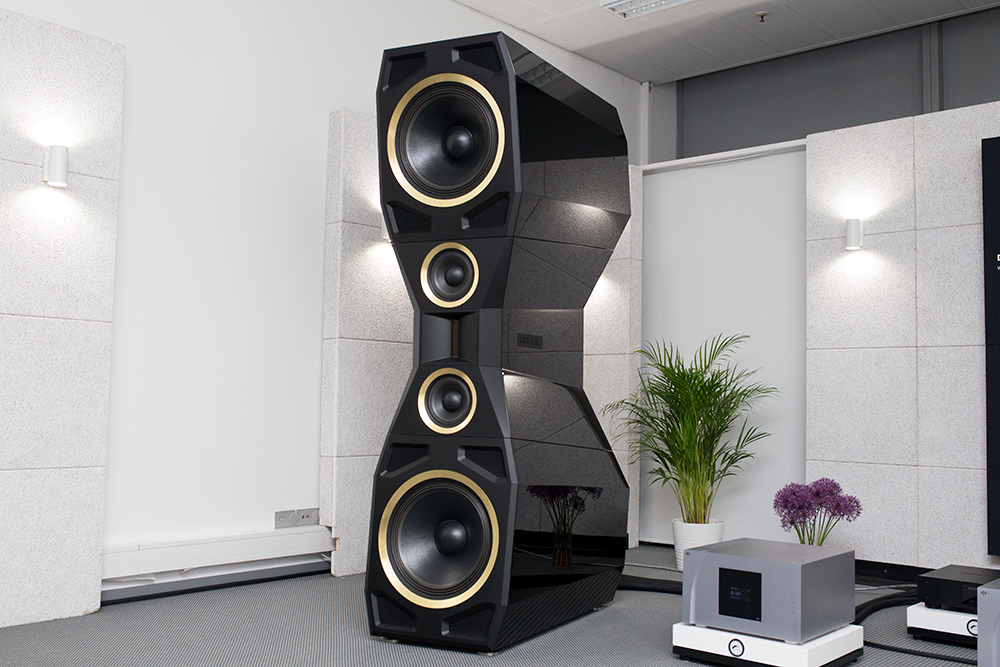 Designed for larger rooms, Göbel’s Divin series also comprises three models: Majestic, Noblesse, and Marquis. While optimized for each model, all Divin series speakers utilize the same cabinet, bracing, driver, and crossover technology. Their cabinets, at times measuring 110mm thick, are made of a combination of proprietary constrained-layer-damping materials, multilayered tropical room-proof melamine resin bonded material, and a series of specific aluminum alloys. Internally, each Divin cabinet provides separate enclosures for each respective driver, plus another enclosure dedicated to the crossover. Each enclosure is extensively braced inside and out, using measurements based on Göbel’s bending wave technology while ensuring there are no parallel surfaces, to eliminate standing waves. The company paid particular attention to the midrange enclosures, which, in all Divin speakers, house a proprietary 8" carbon-paper midrange driver derived using bending wave technology. The midrange enclosures are both internally and externally damped using a specific combination of ceramic foams and compression fibers on the inside and kinetic mass dampers on the outside to control resonant behaviors. 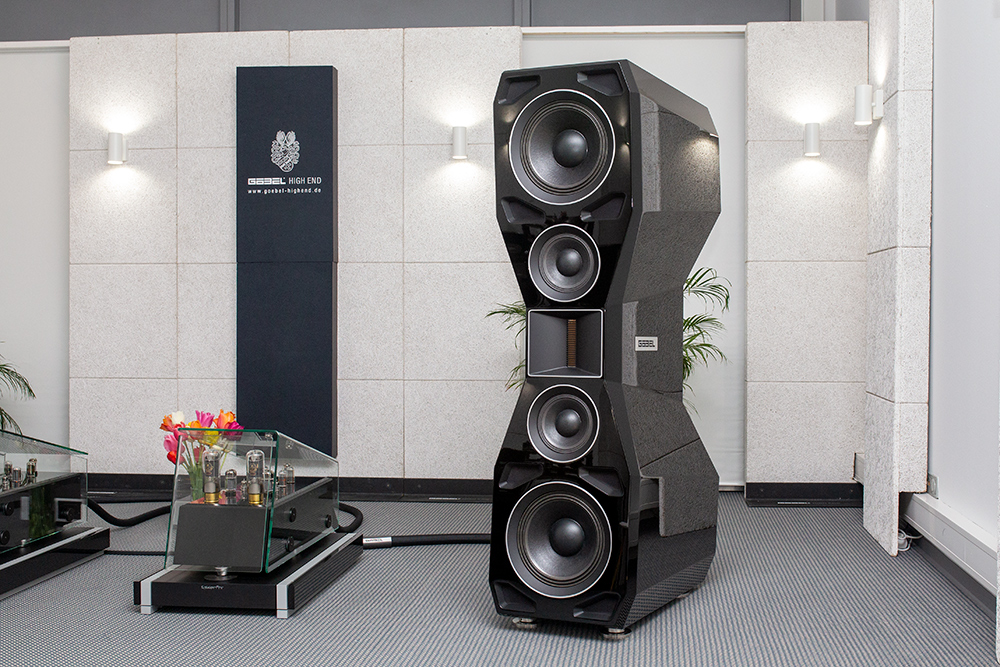 The bass enclosures, regardless of model, are bass-reflex designs aligned internally with Helmholtz resonators. These resonators are coupled to the internal volume of the speaker using layers of ceramic foam. This unique symmetrical implementation is said to cancel internal standing waves, reduce internal damping requirements, optimize phase and time alignment, and dramatically reduce back-wave distortion produced by either a 12" or 18" bass driver contained within, depending on model. 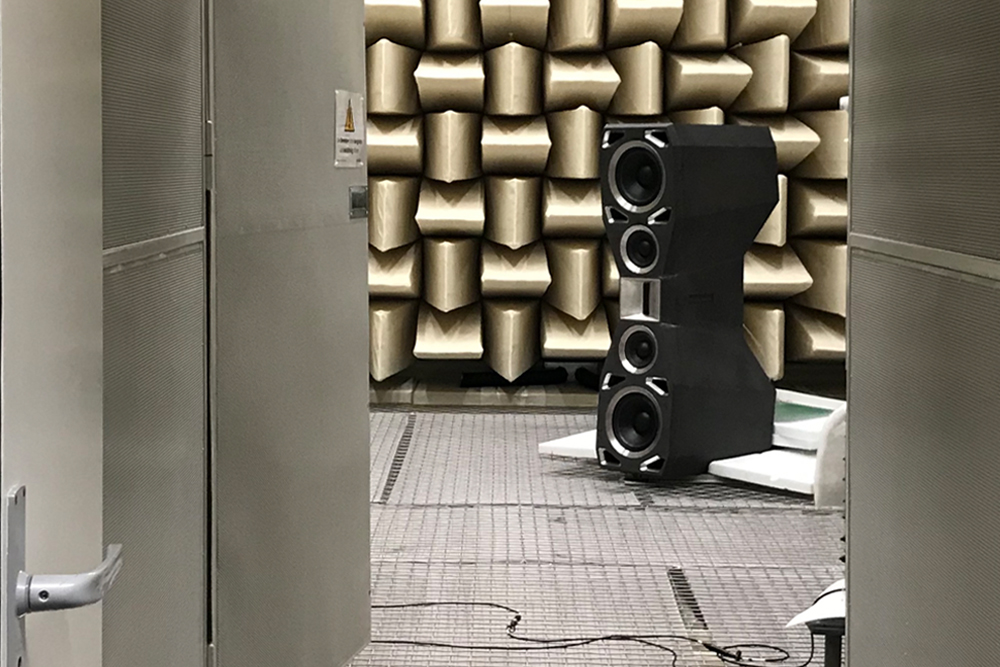 The tweeter used across all Divin models is an Air Motion Transformer (AMT) that is precisely mounted within a unique milled aluminum waveguide. This waveguide, not unlike that of the midrange driver, is then mounted to an 80mm thick constrained-layer damping baffle fronting a separate enclosure. The waveguide was engineered to produce a specific proprietary curve progression said to enable the tweeter and midrange to blend seamlessly. Allocating frequencies to all drivers across all Divin models are similarly designed, massively robust, yet uniquely tuned crossover networks replete with parts specifically selected for each speaker application. Each network is enclosed within its own separate box, sealed with an epoxy resin, and mounted over damping blocks to avoid electrical and magnetic coupling and minimize mechanical interferences between them and the enclosure. 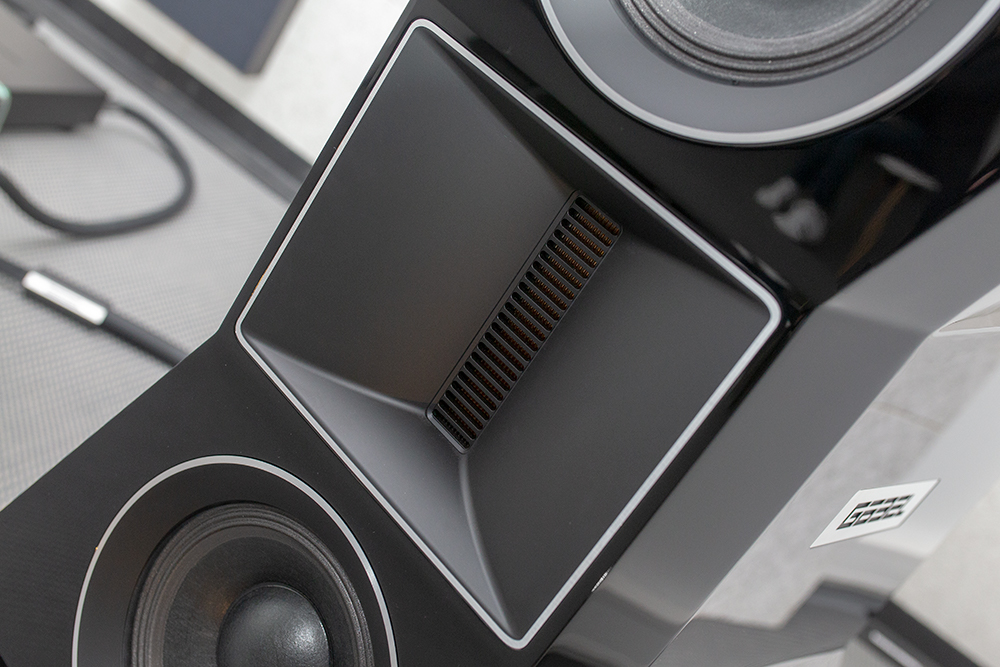 Oliver Göbel’s speakers, on paper, are some of the most unique and innovative designs I have come across in a long time. His exploitation of bending wave technology in an acoustic application to vastly improve broadband frequency dispersion and truly provide an immersive reproduction of sound is a remarkable claim.