Would you consider Marantz’s $3999.99 (all prices USD) PM-KI Ruby integrated amplifier an affordable audio component? If so (or if not), how exactly do you define “reasonably priced”? It’s a question that has dogged me since the start of my career, and it’s one that every publication for which I’ve written has answered differently. At Wirecutter, a $1500 A/V receiver is pushing the upper bounds of acceptability in terms of pricing. Back in my Robb Report days, that same AVR probably would have been too cheap even to consider covering within our pages.

But what’s the right answer for SoundStage! Access? I have some guidance on that subject from my overlords, of course. But ultimately, it’s my call to make. And as I typically do when asked such a nebulous question, I’ve decided to take the most convoluted path possible in search of the answer. 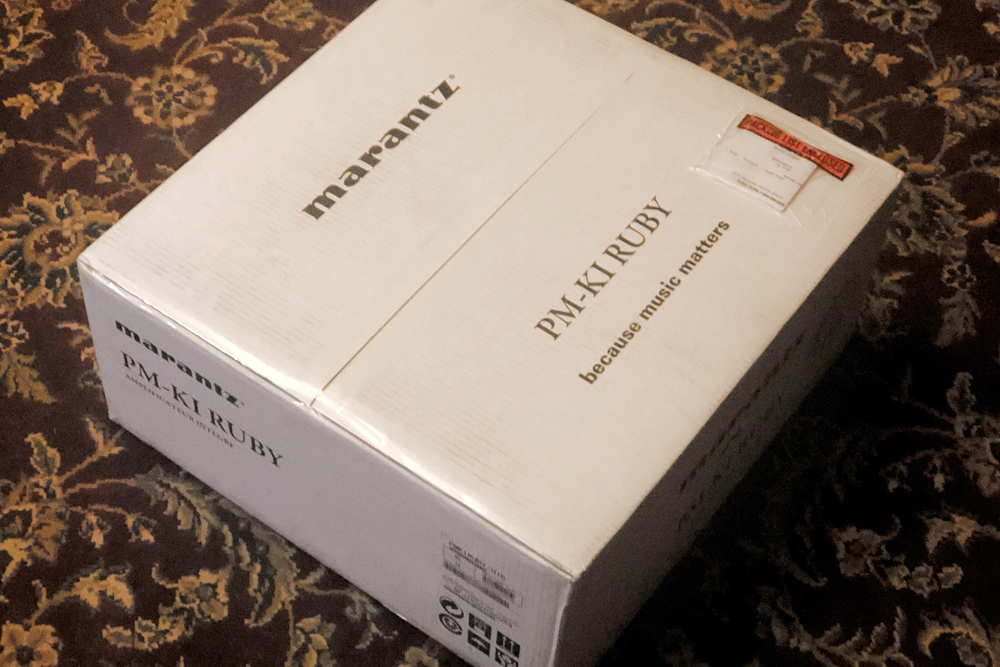 What does that mean, exactly? It means that over the next few months, I’m going to be reviewing a number of integrated amps for Access, at a variety of different price points, with two main goals in mind. The first goal is to shine some fresh light on what you get for spending a little more on stereo audio gear in 2021—and what you give up by spending a bit less. But the ultimate goal, for me at least, is to home in on that magical point where diminishing returns start to kick in—where spending more money may nab you some niceties, but any improvements in performance become increasingly difficult to hear or convey. Once you cross that fuzzy line, you’ve exited “affordable” territory in my opinion.

I’m kicking off the quest for that boundary with an integrated amp that I’m guessing might fall somewhere close to it: the aforementioned Marantz PM-KI Ruby. Mind you, I’m not sure Marantz would technically classify the PM-KI Ruby as an affordable component. And if it does, someone forgot to tell the product design and packaging departments. The integrated amp comes well-packaged in a box that borders on “fancy pants” terrain. And by that, I mean the first thing you’re greeted with upon cutting the tape is a big cardstock insert that serves no functional purpose other than to make the unboxing just a little more ceremonial, a little more special. 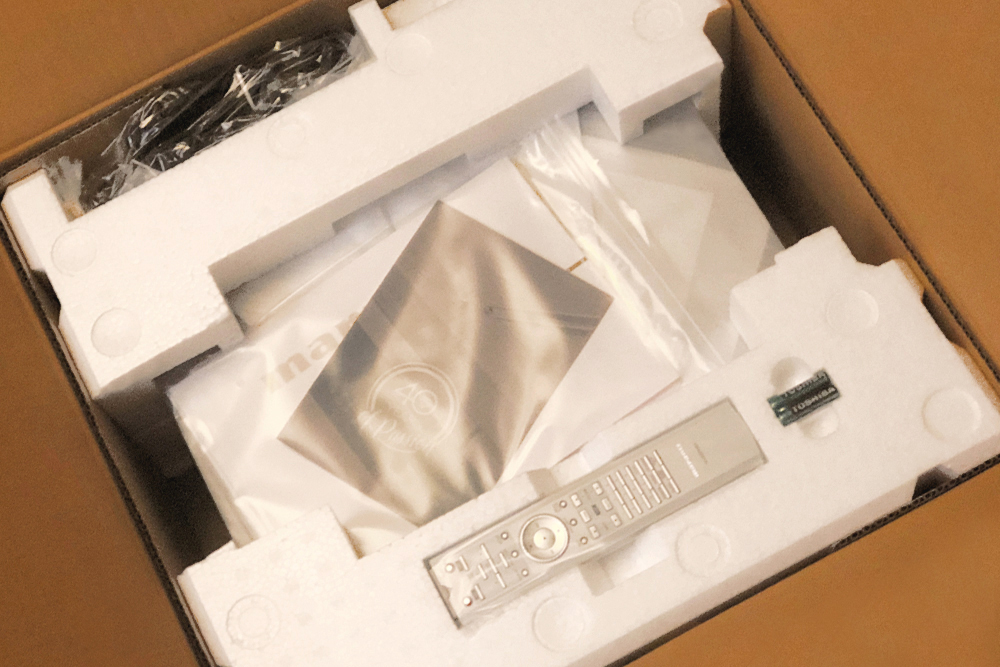 Under that insert, you’ll find the expected Styrofoam padding, with cutouts for the PM-KI Ruby’s two-prong power cord, as well as its remote control. For contrast, I grabbed the remote for my Marantz AV8805 A/V preamp and placed it next to the PM-KI Ruby’s controller. You can see the family resemblance, no doubt. But the PM-KI Ruby’s remote sets itself apart with a sleeker look, a more streamlined layout, and buttons that feel more satisfyingly snappy. Much of that is due to the fact that the integrated amp’s remote doesn’t need to be backlit. There’s also the fact that it has to control only the PM-KI Ruby and Marantz’s companion SA-KI Ruby CD/SACD player/DAC, so it doesn’t need quite as many buttons. But overall, the remote makes a good first impression, especially when you flip it over and notice the golf-ball dimples, which make it a little grippier. 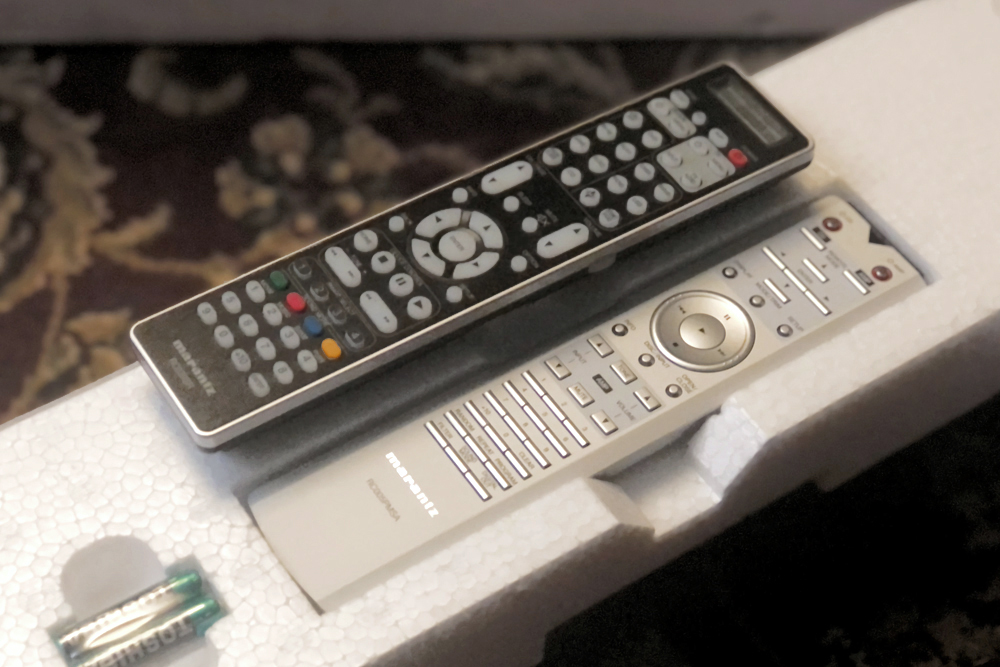 Next up, a nice little introductory pamphlet that explains the KI branding, complete with a quote from Marantz brand ambassador Ken Ishiwata, whose 40th anniversary with the company served as the impetus for both KI Ruby units. Interestingly, but not surprisingly, the PM-KI Ruby isn’t the only tribute to Ishiwata I’ll be reviewing in the coming months. I also just received Rotel’s A11 Tribute integrated amplifier and CD11 Tribute CD player, both of which Ishiwata consulted on before his death in late 2019. 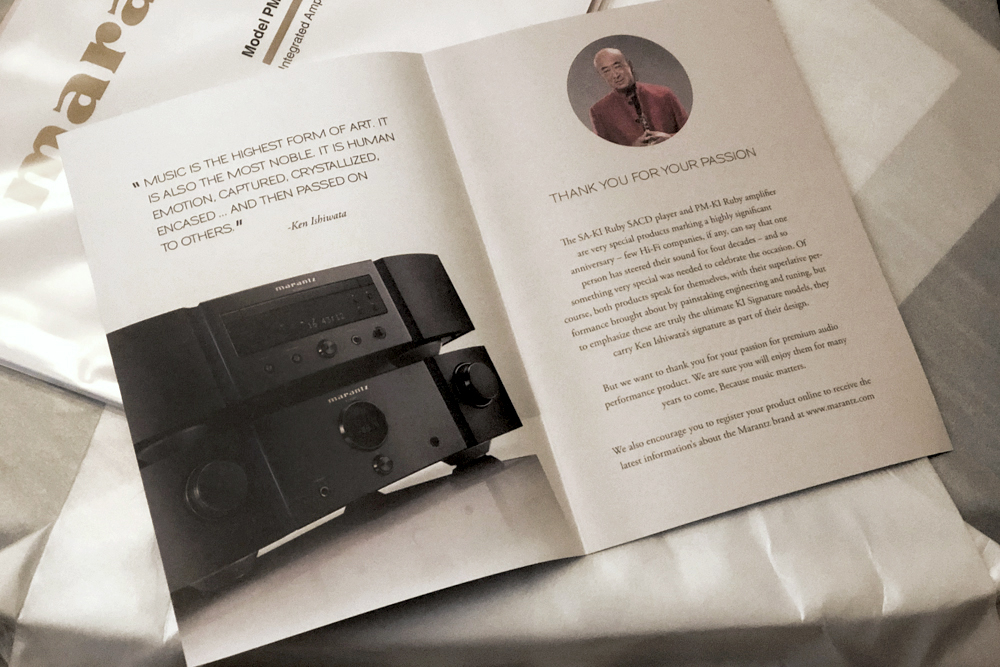 Beneath that greeting and other accompanying documentation, you’ll find the PM-KI Ruby itself, wrapped in thick air foam paper that’s beautifully folded with almost origami-like precision. With that wrapping carefully untaped and unfolded, the first thing that stands out is Ishiwata’s signature, laser-engraved into the top of the integrated amp itself, punctuated with a ruby motif.

The face of the PM-KI Ruby is of course dominated by Marantz’s signature porthole display, which I’ve always found much more practical on stereo gear than on A/V gear. At any rate, what I think I love most about the design of the amp is its symmetry, with the power button positioned just under the porthole, the headphone jack and IR port spread out center left and right, and the source selection and volume knobs looking indistinguishable at hard left and right (a quick twist of either definitely lets you know which is which, though, as the source knob is tight and clicky, whereas the volume knob is smooth-turning, with just the right amount of inertia). 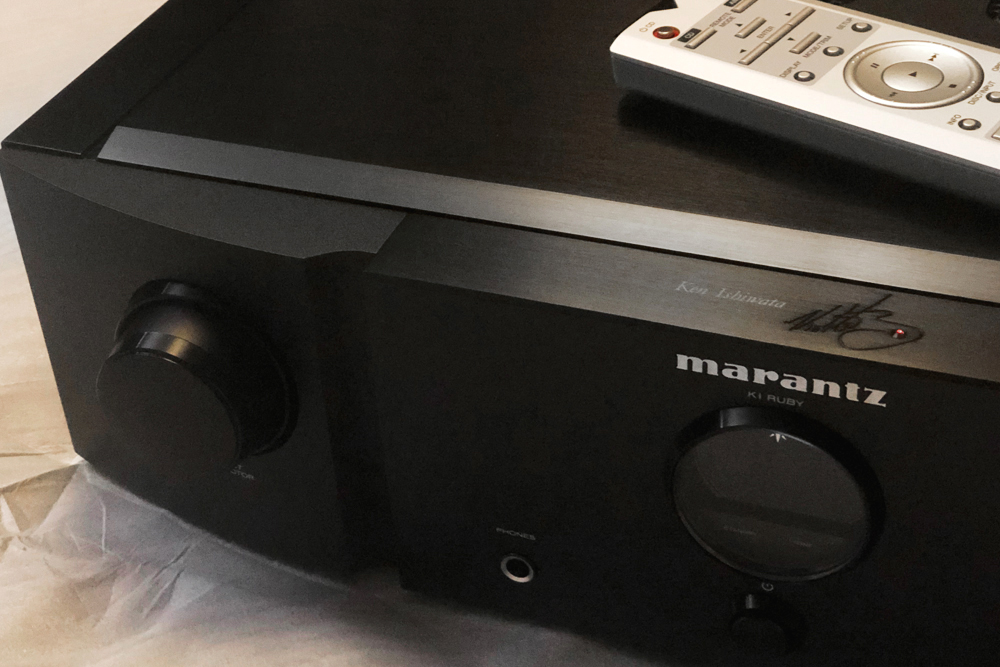 Around back, you’ll notice the lack of digital inputs. If you’re not planning on pairing the PM-KI Ruby with the SA-KI Ruby, you’ll need to bring your own DAC to the party. The unit does include two thick-nickel-plated stereo analog inputs—labeled CD and Phono—the latter of which supports both MC and MM cartridges. There are also four additional stereo analog inputs and two outputs. 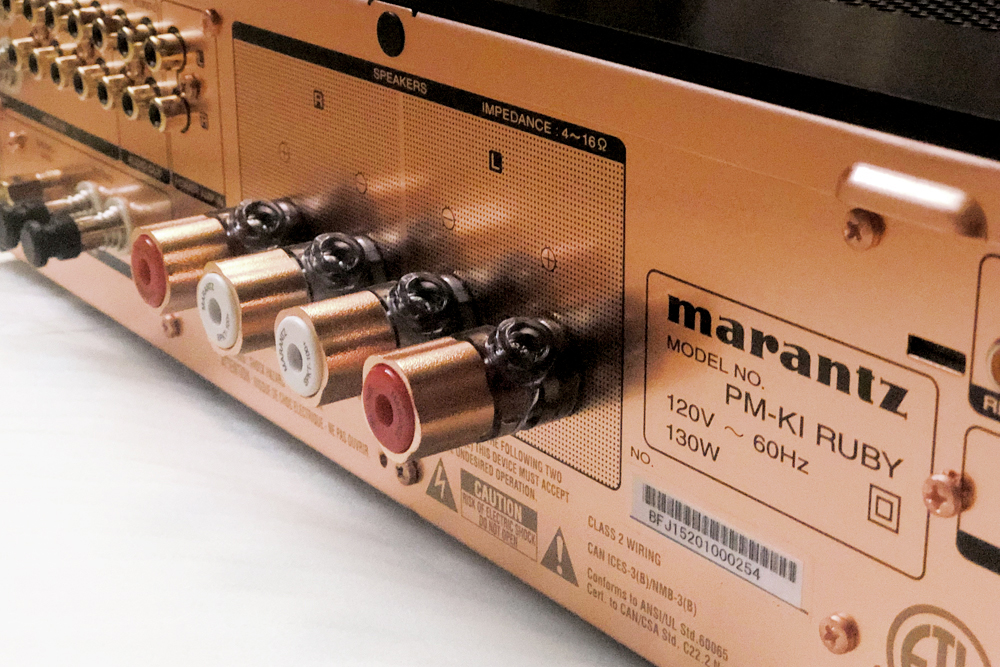 The real stars of the show, though, are the gargantuan high-purity copper five-way binding posts, which feel like they belong on a much pricier amp. The real question, though, is whether all of this adds up to an integrated amp that’s worth $3999.99. In other words, is it reasonably priced? Those answers will have to wait until my full review, so look for that soon on SoundStage! Access.