Unboxing the Rotel A11 Tribute

As I mentioned in a previous post, my two-channel system is a veritable revolving door of integrated amplifier review units as of late. I recently took a deep dive into Marantz’s PM-KI Ruby, the last in a long line of Signature pieces personally tuned by brand ambassador Ken Ishiwata before he left the company in 2019. Last month, I followed that up with a look at Rotel’s A11 Tribute (you can read the full review here). A tribute to whom, you ask? The same Ken Ishiwata, who consulted with Rotel on a redesign of the popular budget int-amp before his passing in November of 2019.

Despite sharing such a pedigree, the two integrated amps couldn’t be more different in terms of overall design and budget, and we thought this would be a good opportunity to share some unboxing shots of the Rotel, since the review of its companion piece, the CD11, went live this month. 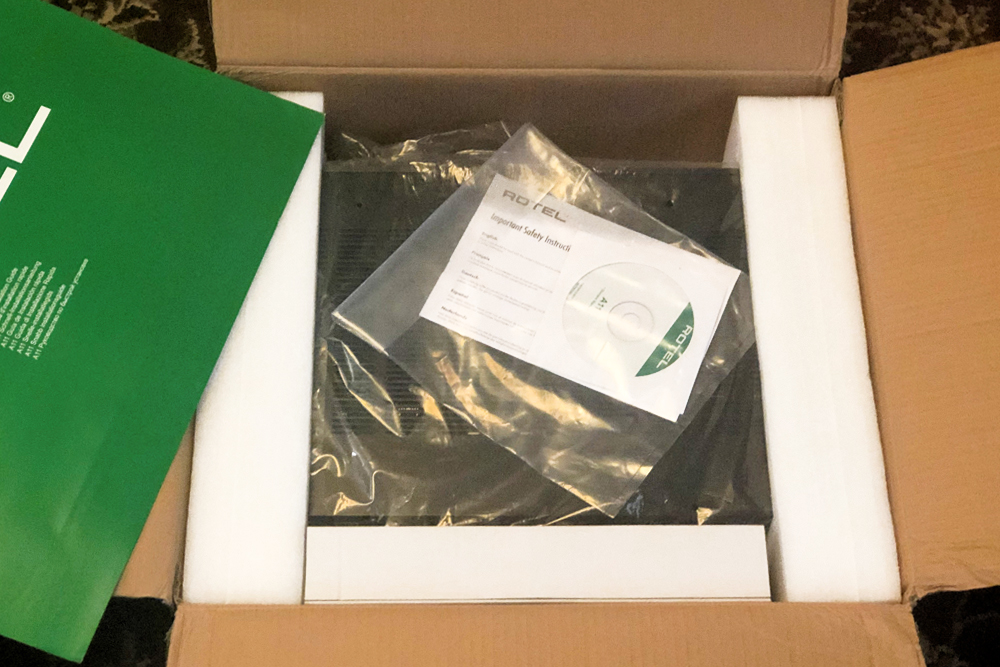 While the PM-KI Ruby will run you $3499 (all prices USD), the A11 Tribute carries a much more budget-friendly $799 MSRP. As such, Rotel’s packaging understandably leans more in the direction of functional as opposed to ceremonial. So you won’t be greeted with things like air foam paper folded with the precision of a dinner-table napkin at a high-end restaurant, nor are the packing materials as rigid. 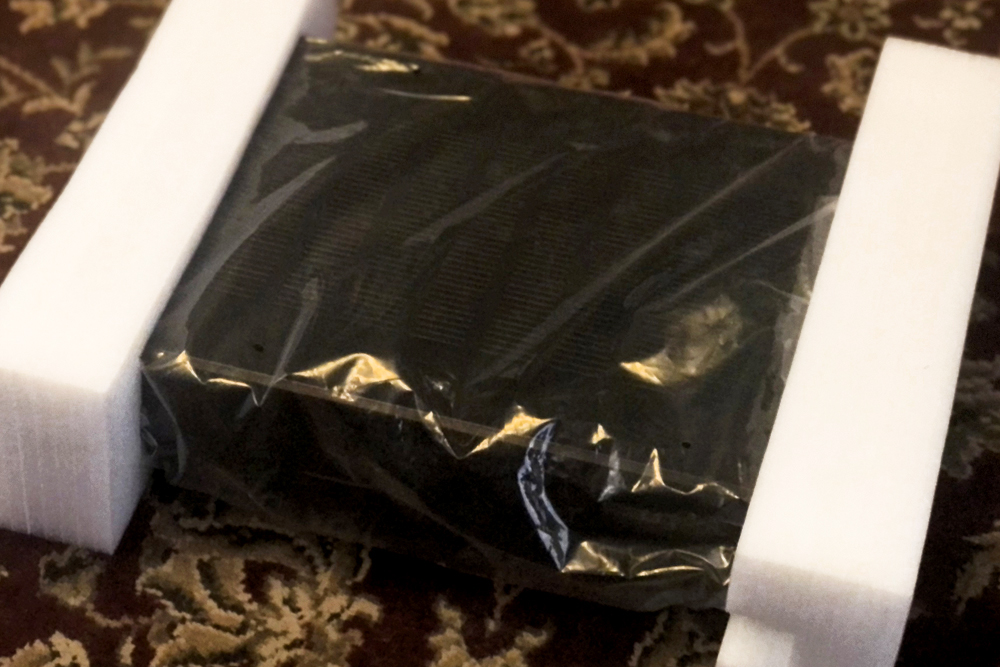 Still, the A11 Tribute is well-protected, so no complaints there. Along with the unit itself, you’ll find the power cord safe in its own little cardboard compartment, and the diagrammatic literature packed in with the integrated amp is clear, concise, and easy to follow. 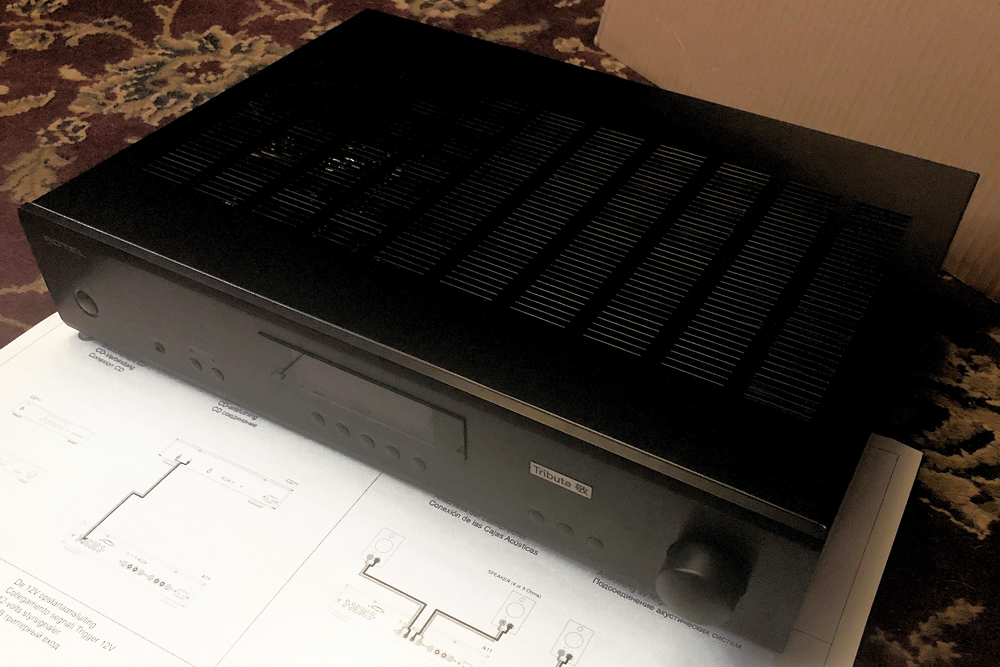 While the front panel of the A11 Tribute has a certain workmanlike quality to it, I like its simplicity and the clear distinction between input-selection button, tone controls, and the like. I’d be lying, though, if I didn’t admit a slight bit of disappointment upon noticing that the headphone jack is of the 3.5mm variety. All of the cans I’m most likely to plug into my two-channel system sport quarter-inch jacks, and I’m not the sort of person who can keep track of dongles and doodads. I’m sure there’s a pile of quarter-inch-to-eighth-inch adapters somewhere in the clutter of my home office, hanging out with all the measuring tapes I’ve taken my hands and eyes off of for half a second, never to see them again.

That grumble aside, I’m picking up what Rotel is laying down here. Despite the relatively meager budget of the A11 Tribute, it’s a well-built piece of kit, and the volume knob—while small—feels really nice. It has the right amount of inertia and feels like it’ll stop on a dime.

Unlike the PM-KI Ruby, the Rotel A11 Tribute doesn’t contain a blatant shoutout to Ken Ishiwata on its faceplate. No laser-etched signatures. No jewelry. The only external distinction between the A11 Tribute and the original A11 from a few years back is a nameplate reading “Tribute 敬,” the latter character translating roughly to “respect,” according to the Google Translate app on my phone. (Further research indicates that it also connotes honor or reverence, but I’m woefully ignorant when it comes to the Japanese language, so if any readers want to offer some additional clarification or insight, do let us know!) 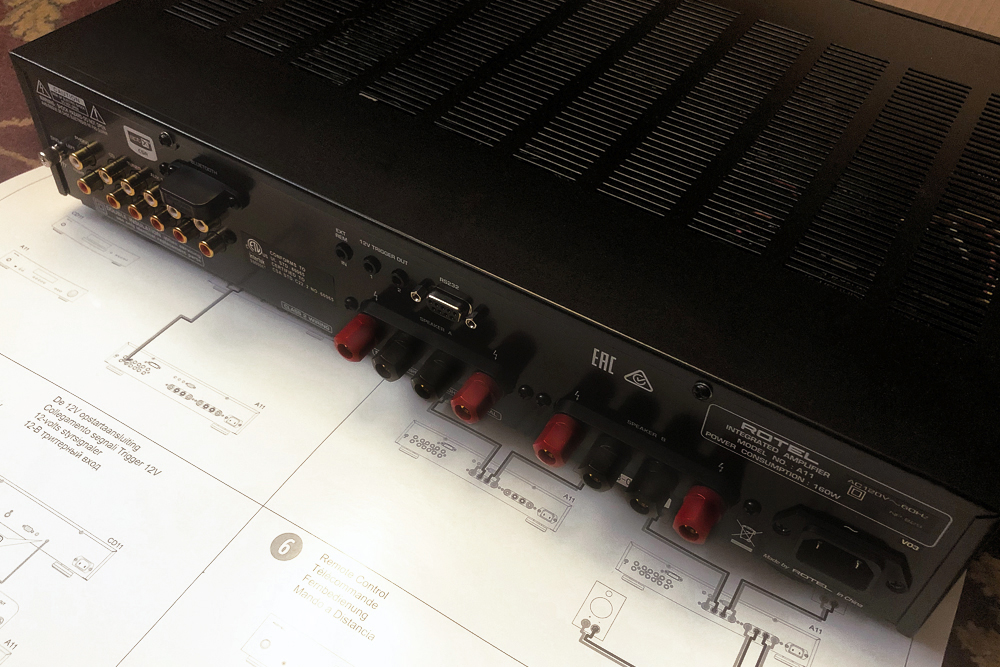 Flip the unit around and you’ll notice that it features a generous assortment of analog audio inputs—five in total—as well as preamp outputs, which could be handy if you want to invite your subwoofer to the party. The phono stage supports only moving-magnet cartridges, so if MC is more your speed, you’ll also need to add a phono preamp. But given the price class of the A11 Tribute, that’s unlikely to be a problem. There’s also some nice control connectivity, including 12V trigger ins and RS-232 control. Interestingly, the A11 Tribute’s only digital input is a Bluetooth antenna, positioned just above the preamp outs. 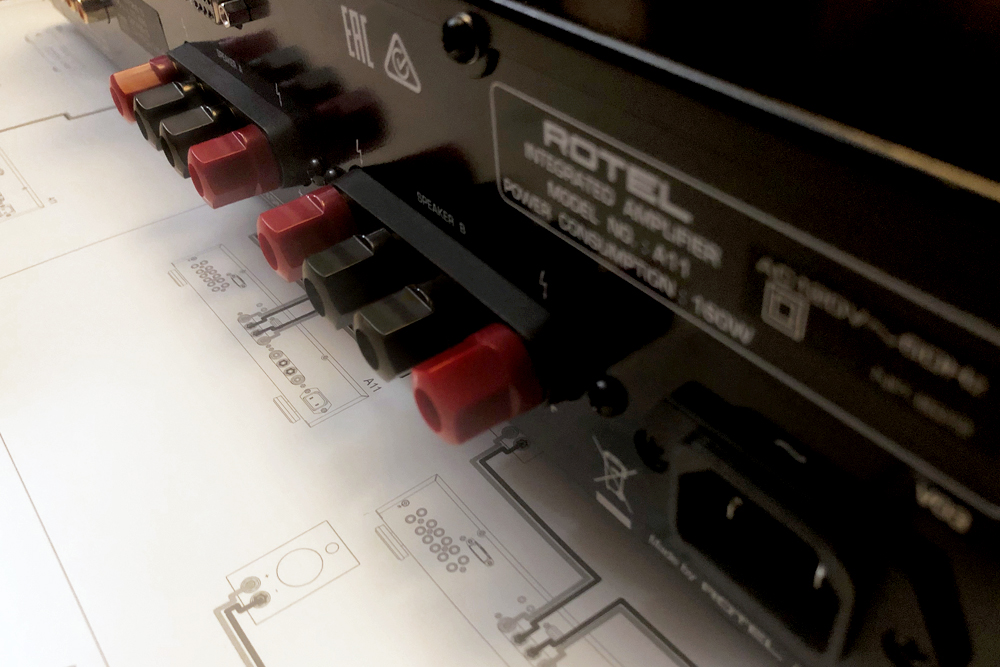 Binding post fetishists (Hi, my name is Dennis . . .) might be a little disappointed with the A11 Tribute’s speaker-level connections at first glance, but hold on a second. I, too, feel a bit crestfallen at the sight of red-and-black plastic, but these feel really solid and well-built. And they feel like they’ll accommodate banana plugs, spades, or bare wire quite well. 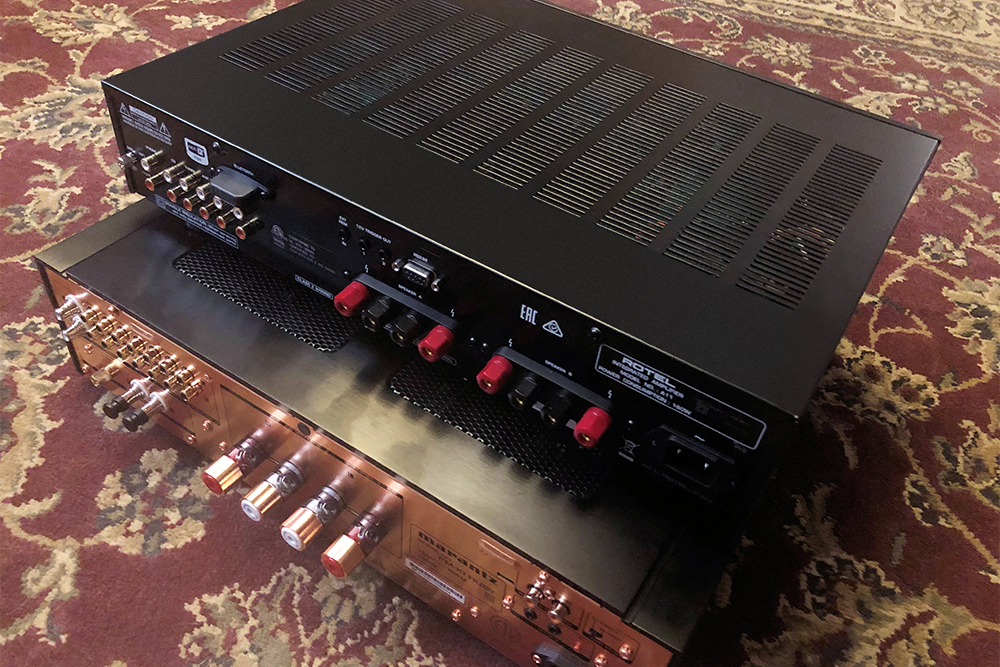 The A11 Tribute replaced the PM-KI Ruby in my two-channel setup, so with one on the way out and one on the way in, I thought it might be humorous to see how they stack up. Literally. In addition to the obvious disparities in depth (17.83″ vs. 13.5″) there’s also quite a substantial difference in weight (34.61 vs. 15.1 lbs.) that can’t be attributed entirely to the difference in output (100wpc vs. 50wpc into 8 ohms). Still, I was very impressed by the build quality of the A11 Tribute overall, especially for its price. 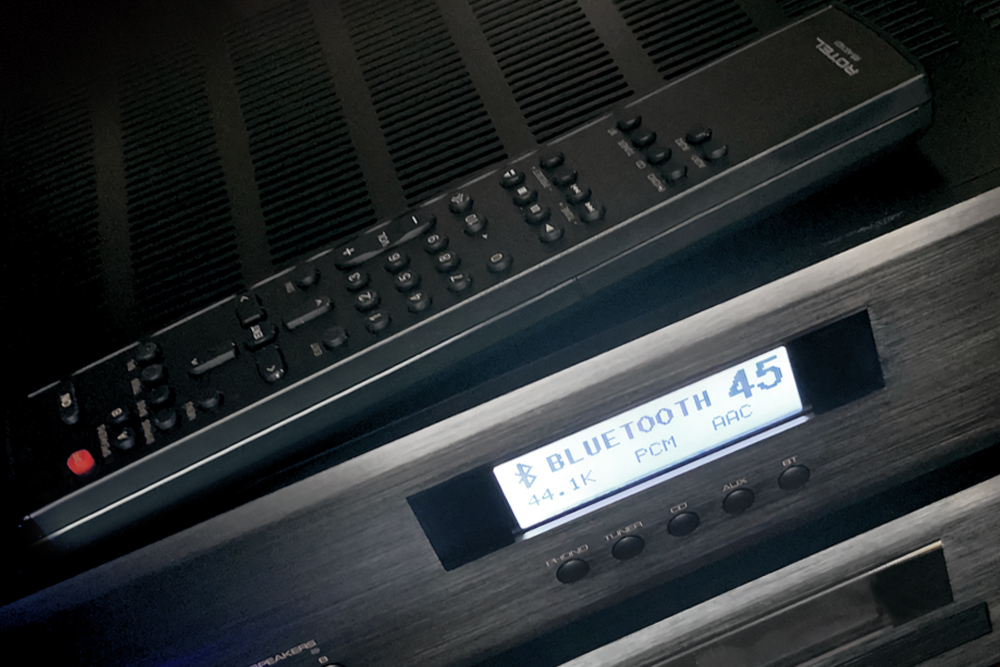 As mentioned above, the A11 Tribute review unit was accompanied by Rotel’s CD11 Tribute, which was also tweaked and tuned by Ishiwata before his passing. My review of that piece is live on Access now.