A Brief History of KR Audio

According to Eunice Kron, KR Audio started one day in 1991 when she and her husband, Riccardo, a collector of old radios, were browsing through a flea market in Scandiano, Italy. The Berlin Wall had just fallen, and there was excitement in the air "like a new age was dawning," Eunice said. Behind a wooden table covered with old tubes was Alessa Vaic, a "scarecrow of a man" as described by Eunice, and an inventor and tinkerer who'd come up with his own working version of the original Marconi radio tube. It sat there among an array of new old stock radio tubes. Riccardo Kron immediately recognized Vaic's accomplishment. "He got a sensation," Eunice told me. "This man would be the turning point in my life," Kron said. 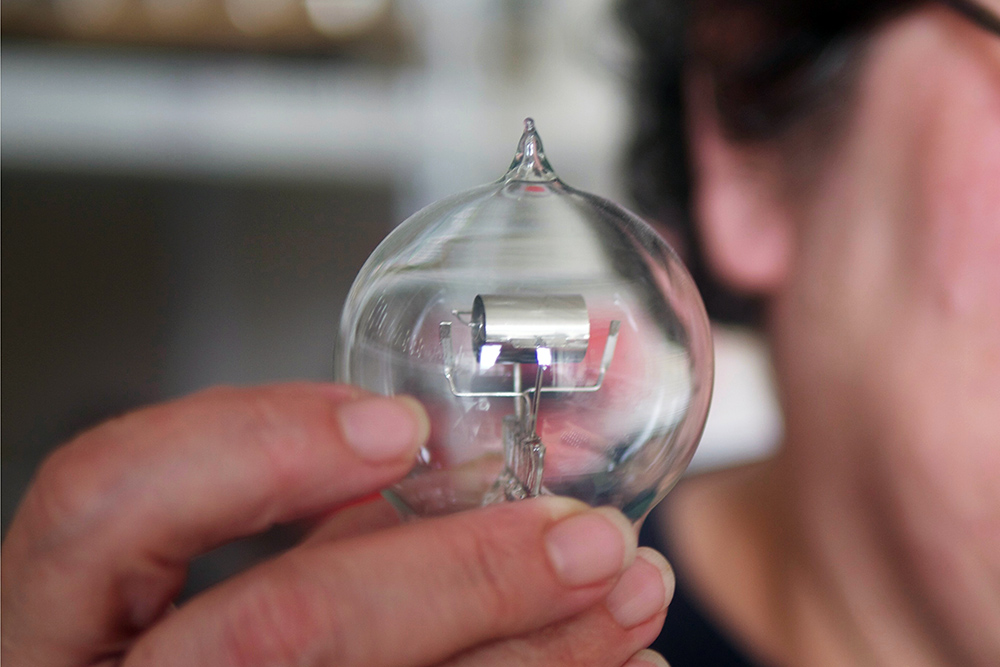 The tube Vaic had fashioned was a working replica of a 1916 Marconi-Osram R, a limited vacuum triode manufactured first by TM in France and then in the United Kingdom as a radio-frequency amplifier for use during WWI. A very simple design, the R was close to Lee de Forest's Audion bulb but had an axial grid, no flashing, and no getter.

"If you can make a Marconi tube for radio," Kron said, "can you make an audio tube?"

There were almost no audio tubes being produced in the West then, Eunice told me, and the Russians were in a phase of retooling. Larger manufacturers of the past, in Europe and the United States, had had their tooling pretty much destroyed by the late '50s, the demand for tubes wiped away by the conversion to transistor technology throughout the electronics industry. Western Electric Company, which had continued the production of its famed 300b tube in its Kansas City factory, finally closed its doors in the late 1970s. Meanwhile, in the former Yugoslavia, Electronic Industry Niš (Ei) was suffering from a U.N. trade embargo that lasted from 1992 to 2000, and could not get materials to produce a consistent product. Ei ultimately ceased operation in 2006. Since that time, no one had thought of improving the vacuum tube or of creating a handcrafted tube for audio purposes only. Most tubes of the past were designed as either radio or transmitting tubes.

In February 1992, Vaic accepted Kron's challenge of creating a new audio tube from scratch and, quickly, the two men formed a legal agreement to work together. The Krons would finance Alessa Vaic's existing company, known as Vaic Valve. They hired a glassman, and the team began experiments with the goal of making a better 300b triode tube. It took two years until the Vaic Valve 52BX VU was developed and released. It was Alessa Vaic's startling version of a 300b, which finally gained notoriety at Milan's Top Audio Show in September 1994, when Kron applied the new tube design to upgrade an Audio Note (now Kondo) Kegon amplifier that had previously been using Chinese tubes. 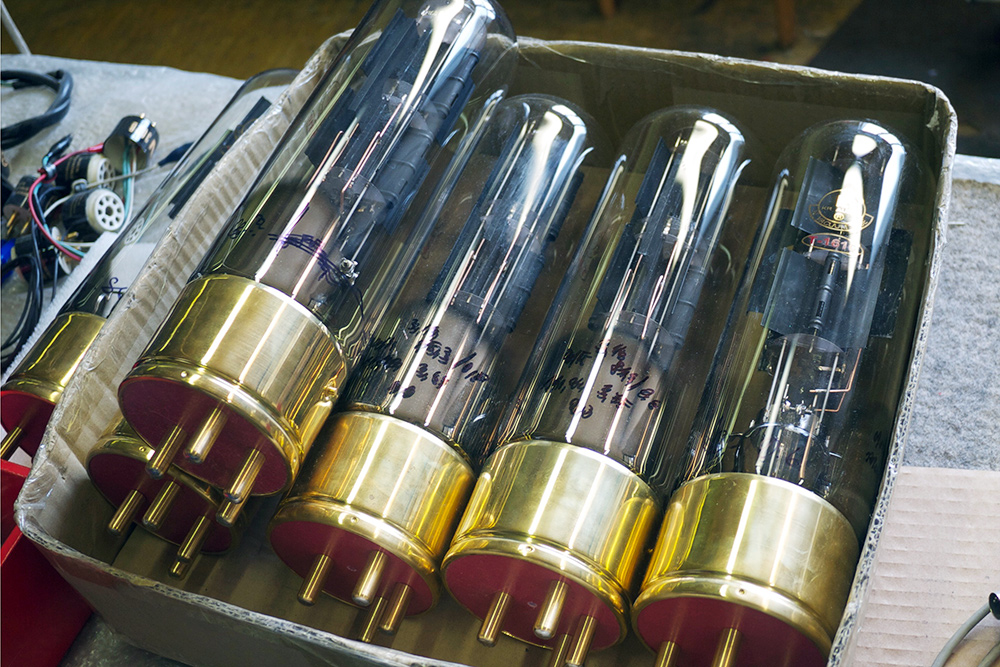 In 1995 Vaic relocated their manufacturing facility from the outskirts of Prague in the Czech Republic to the rooms now occupied by KR Audio at the old Tesla research facility within Prague. As a prototype lab for Russian and Soviet military tubes, the facility already had gaslines convenient for audio tube production, Eunice said, and although they still used the old Tesla machinery, they did not imitate Tesla's technology. But Alessa Vaic had started on the downward spiral of alcohol dependency by then. "Money started disappearing," Eunice said, and by 1997, the legal agreement dissolved, with Vaic later forming AVVT and Kron branching off into KR Enterprises. In 1999 Kron was asked to do a remake of the Western Electric 308 tube, and he and his research team invented the magnificent T1610 triode, dubbed the "Kronzilla" by audio guru Harvey "Gizmo" Rosenberg, and created the Kronzilla power amp as well.

"But we had a Swiss investor who didn't work out," Eunice told me. "So in 2000 we reformulated the company as KR Audio."

In 2002 Riccardo Kron died, and the company seemed destined for closure, except for the determination of Eunice Kron and her team. Marek Gencev had just signed a contract to be the company's engineer a few months before, and Eunice felt an obligation, not only to him, but to administrator Boubelikova, the glassman, and various other artisans and mechanics on the KR Audio staff. "It was an obligation to people both living and dead," Eunice told me.

Gencev had been coming in since he was 17 and soldering boards for amps, and he signed on as engineer after graduating in 2001 with a master's degree in electrical engineering from the Czech Technical University in Prague. 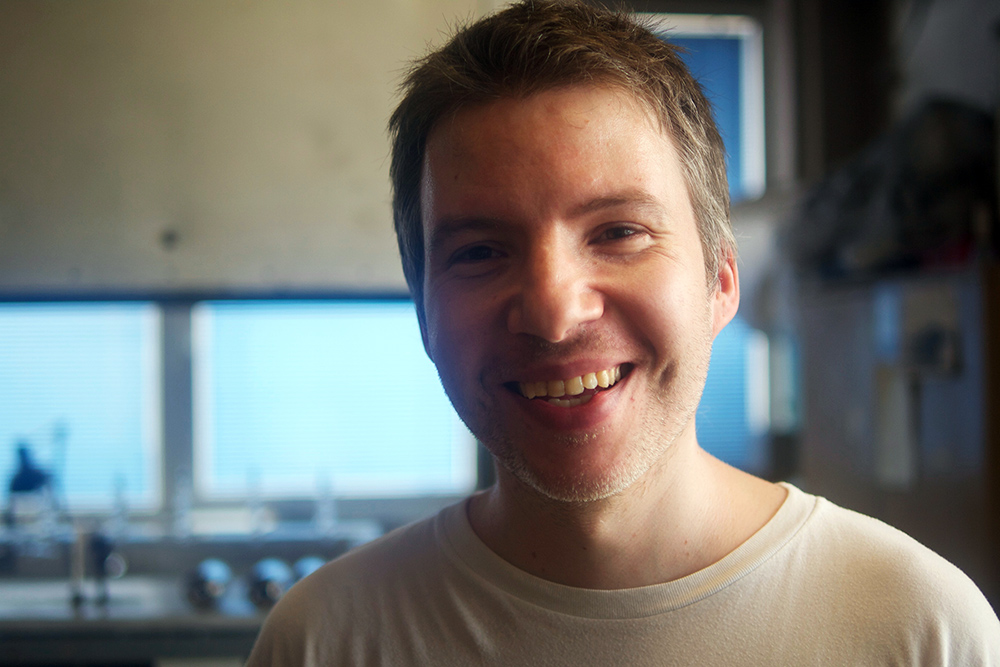 "My husband built the foundation," Eunice said, "but it was Marek who built the house."

Together, the KR Audio team now produces numerous triode output tubes and has just started making their own signal tubes as well, among them the KR 10, a variant and improvement on the 6SN7 octal tube with twice the power.

"We have also just started producing our version of the old Telefunken RS242 tube," Eunice declared. Manufactured in Germany from 1938 to 1950, its tooling had been destroyed, but Marek Gencev has resurrected the knowledge of its fabrication, devising a new manufacturing technique from analyzing the electrical properties and spatial geometry of an existing sample. It was artisanal reproduction of a lost industrial gem, and I was fascinated not only that it could be done, but also that the art of tube manufacture had revived itself in such a genial and dedicated crew as KR Audio.