I’m not a pushy guy, so sliding past a bunch of angry Poles to get to my reserved seat to listen to the premiere of Jean-Michel Jarre’s new album, Equinoxe Infinity -- actually introduced and presented by JMJ himself bang-on 40 years after the original Equinoxe album (it was originally released on November 16, 1978) -- made me slightly uncomfortable. Doug Schneider was also somewhat apprehensive, but for another reason. “John Michael who?” he asked me. We persevered regardless. 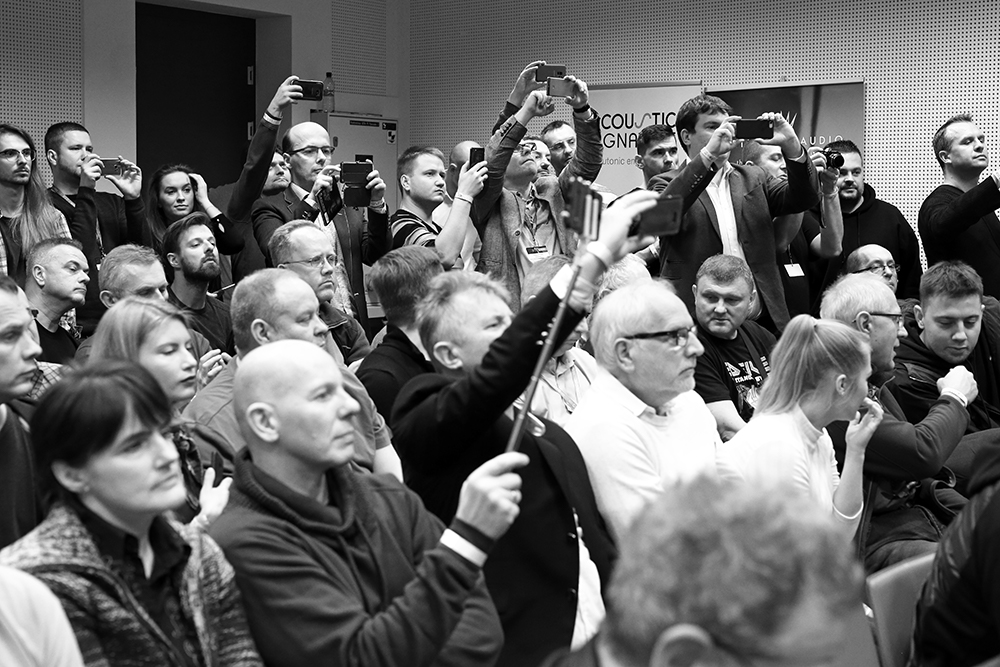 The Audiofast room, fronted by Wilson Audio Alexx speakers and a D’Agostino Master Audio Systems Progression preamplifier and Relentless mono amplifiers, with a dCS digital front end, lashed together with Shunyata cables, was fairly large, holding around 80 tightly packed people. But about that many had to wait outside, and there was a little bit of shouting as they closed the submarine hatch and left them to drown. After a short introduction, Jarre engaged the files on his laptop and started the premiere -- he played his new album in its entirety. The music was quite loud to start, and Jarre repeatedly walked up to the D’Agostino preamp and goosed the volume up to much higher levels than you normally hear at audio shows. Bless his heart. 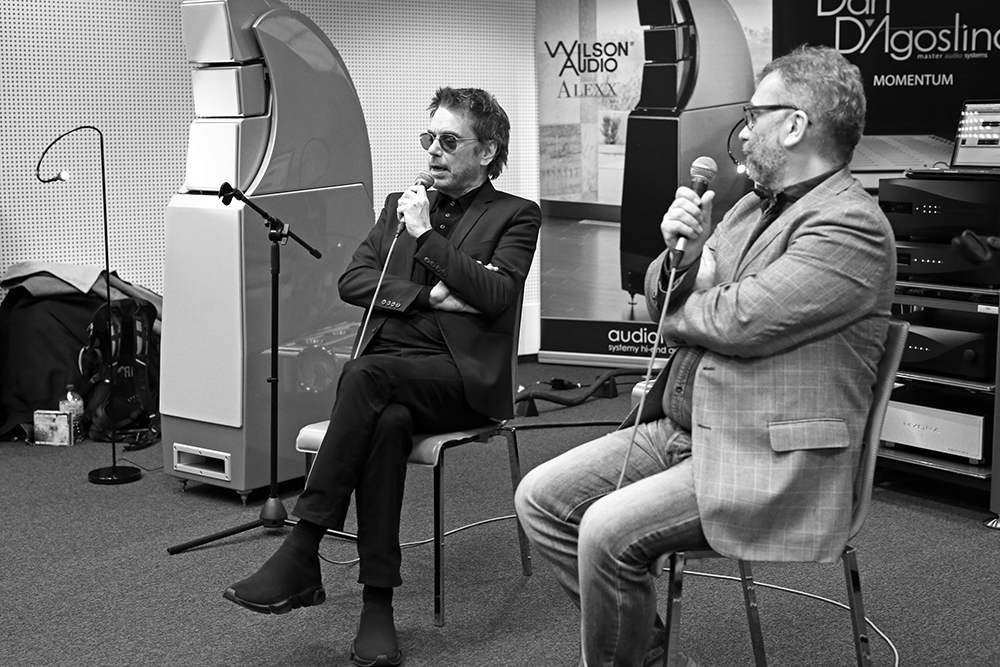 The album is quite lovely, and the big Wilsons did justice to the complex, driving, almost-techno music. Jarre’s music is vaguely familiar to me, and I’m not one to chase after fame, so I wasn’t overly excited by the prospect of lining up to see Jarre push play on a laptop. But color me surprised. Jarre was elegant and graceful, and it all made sense, sitting there listening to the debut of his album with him a few seats down from me.

After we’d digested the album, Jarre led a quite extensive question-and-answer session. While there was a fair bit of the standard “What’s your inspiration?” sort of fluffery, several attendees dug in and queried Jarre about the provenance of the instruments -- digital vs. analog. Doug chimed in and asked about the bitrate of the files to which we were listening. 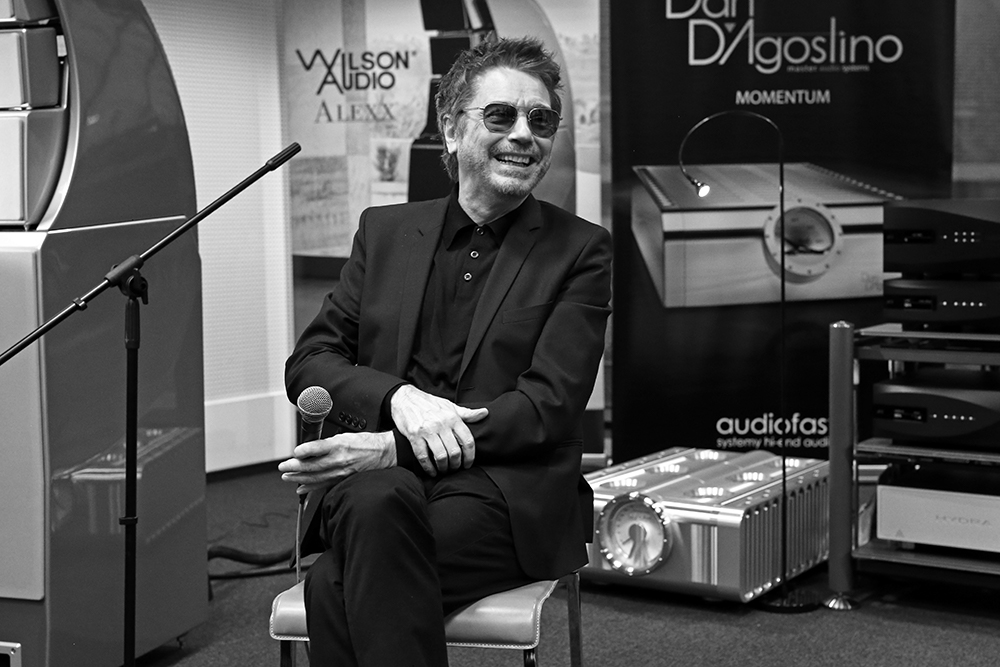 “High-resolution files,” responded Jarre. “They sound much better than a CD, though my record company doesn’t like me to say that.” The crowd chuckled and murmured appreciatively.