Vinyl is a labor of love -- every aspect of it requires personal interaction. I’ve known this for years now. Setting up a cartridge, aligning it, cleaning the stylus. Cleaning a record -- both a wet wash on a machine or a quick swipe with a carbon-fiber brush. All a part of the life cycle of an LP-based system. 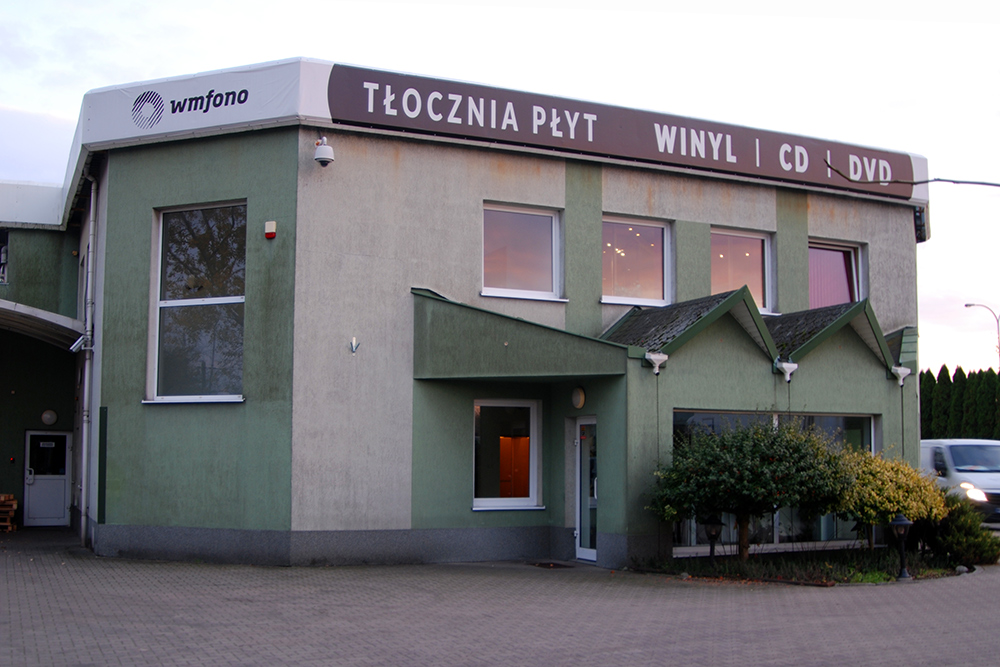 But this fussing is nothing compared to what it actually takes to make a record in the first place. The day before the start of Audio Video Show 2019, in Warsaw, Poland, I got the chance to visit the WMfono pressing plant, a 20-minute drive from the Radisson Blu Sobieski Hotel -- one of the show venues -- and see how records are made.

WMfono has been in business since 1990, previously operating under the GM Records name. The company got its start producing cassettes, CDs, and DVDs. In 2015, it made a lateral -- some would say retrograde -- move, locating and purchasing eight record presses that were originally built in the 1960s. These presses, made by Hamilton and Lened, had been decommissioned and stored in a garage, and getting them up and running was quite a production. The technical staff at WMfono essentially trial-and-errored these presses into functionality, figuring out by themselves how to get them working. 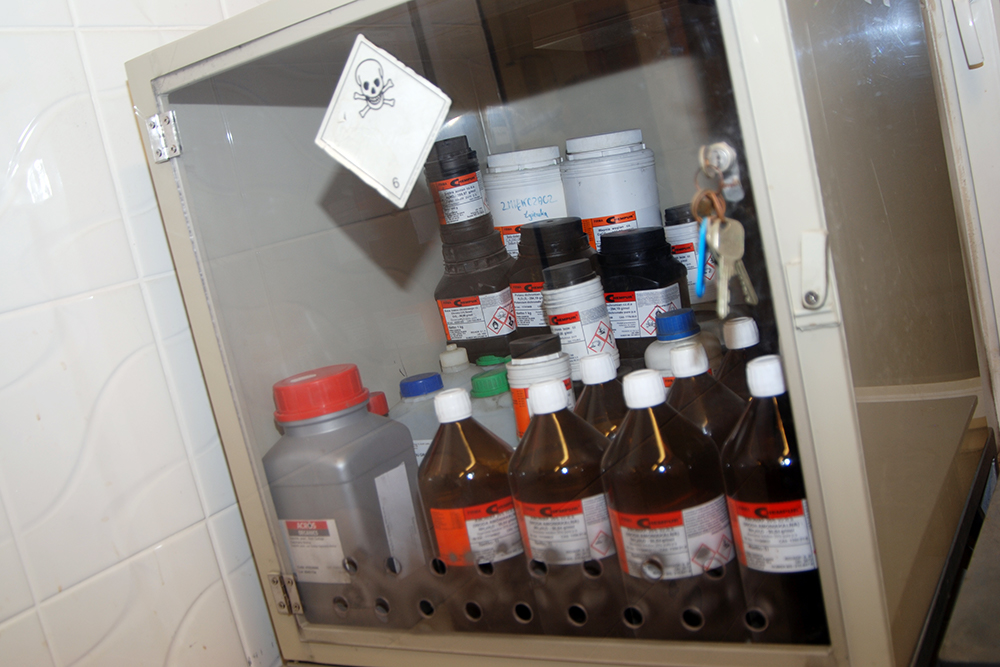 We started the tour with our guide Katarzyna Widz, marketing director of WMfono, by visiting the mastering room, where the stampers are made from the original metal master. You could smell the residual chemicals in the air and see bottles of deadly compounds locked up in a glass cabinet. Off next to the quality control area, where one out of every 50 records is played and assessed for defects. The QC room is set up with five Dynaudio monitors to permit playback of records, CDs, and surround-sound DVDs. 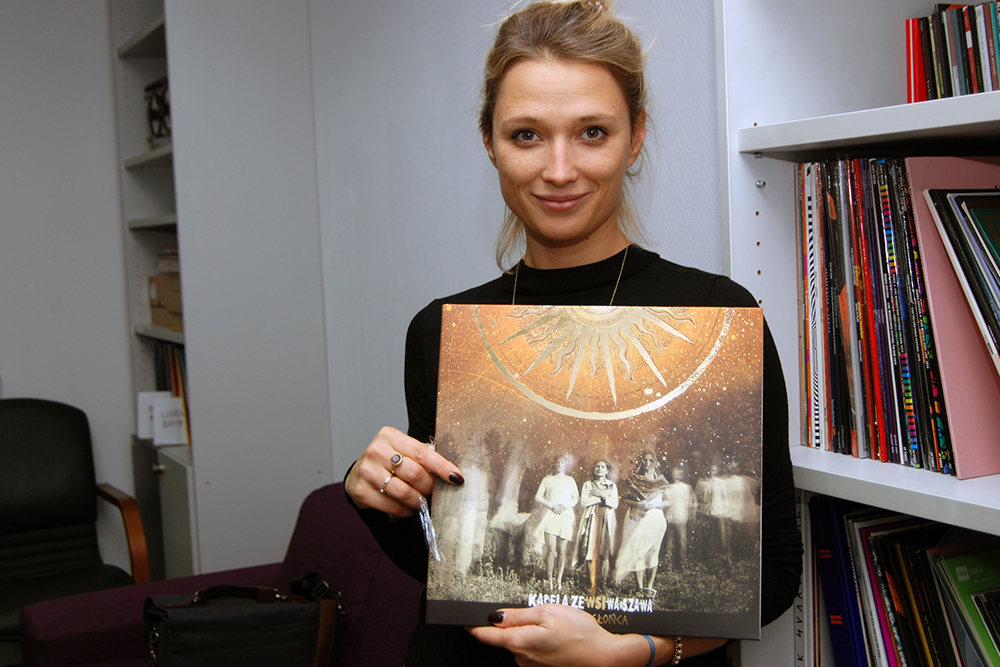 Down in the tightly packed pressing room was where all the action was. In order to get into the pressing room, we had to walk through the CD and DVD manufacturing section of the plant. While the digital area was running under capacity, the vinyl presses were hopping. Admittedly the CD mastering machines can slam out hundreds of discs per hour, but it was clear that there were a number of CD machines sitting idle.

So in contrast, the next room over -- smaller but jam-packed with machinery -- was a hive of activity. Seven of the eight presses were running, each manned by one operator. Each press had a vinyl-extruding machine Frankensteined onto the side. A thick, measured turd of vinyl pinched out of the extruder onto a metal cone that coiled it up, ready to slam onto the press. 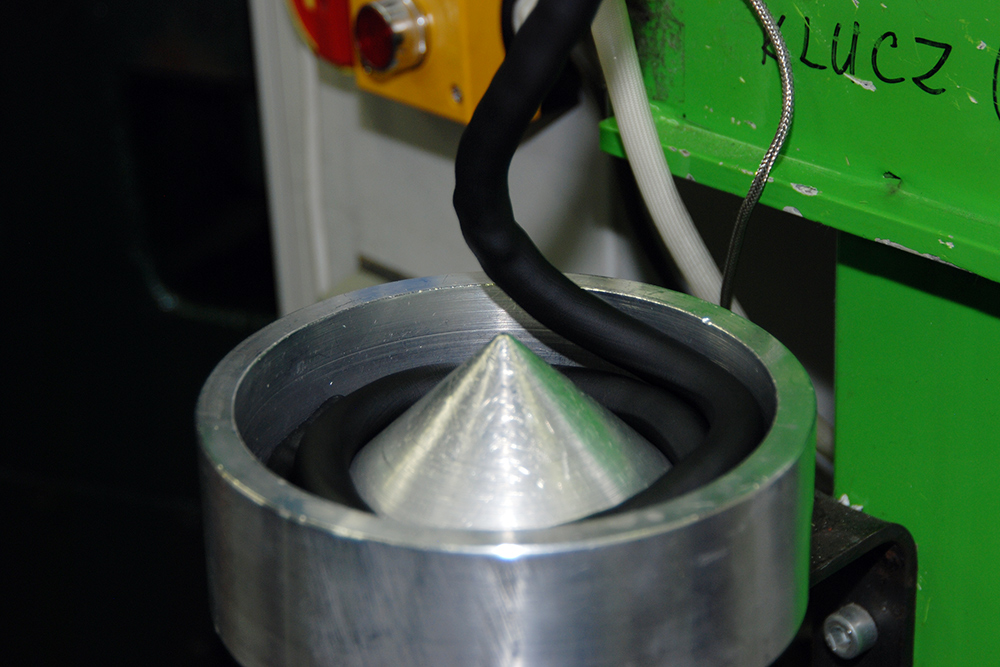 The operator then slapped a label on the underside of the three-coiler and moved the open-faced sandwich over to the press. After the operator closed the safety cage, the press itself moved inexorably downward and then reversed, leaving a fresh, hot record. Not done yet -- the freshly pressed record was then moved over to the trimming machine, which removed the excess vinyl from the outside edges. Once this was complete, the operator stacked the finished record and commenced to repeat the procedure. WMfono’s capacity, from its eight presses, is 80,000 records per month. 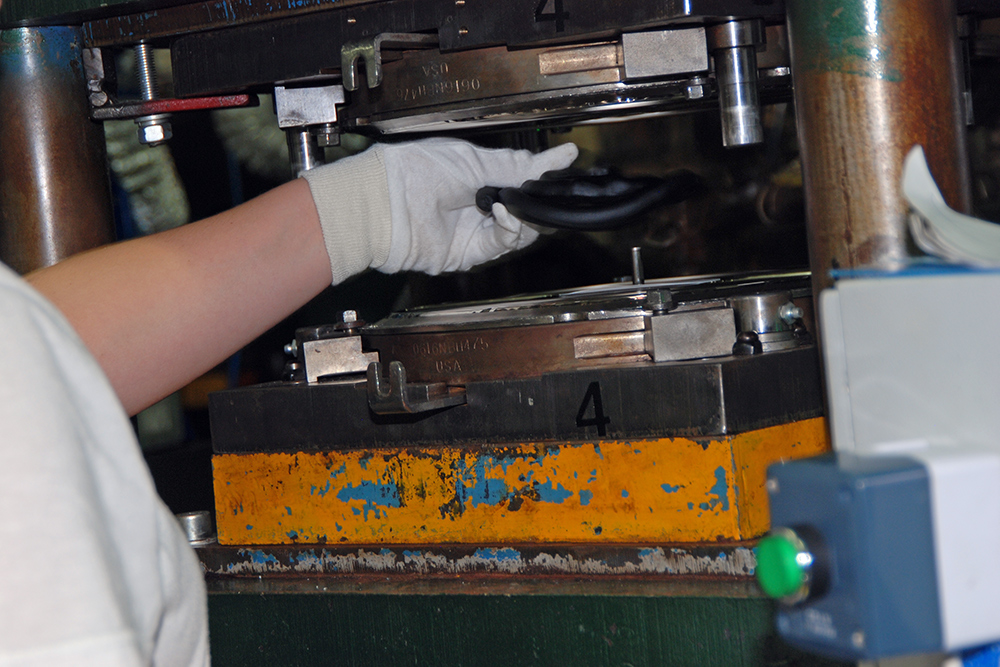 After watching a number of cycles on this monochrome machine, we moved over to observe how the operator combined two different colors of vinyl to produce a swirled effect. And this is one of the areas where WMfono distinguishes itself from its competition. On our way in, we passed by a corridor that was stacked floor to ceiling with vinyl in varying colors. WMfono is proud of its colored LPs and, in fact, prefers the sound quality of its clear records over its black ones. 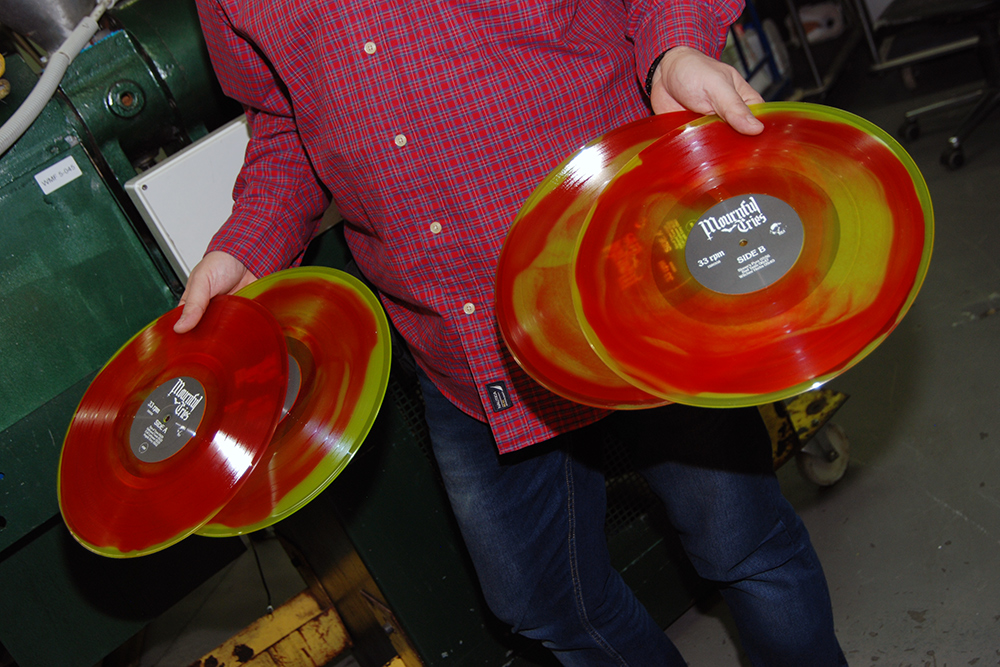 Another area in which WMfono is distinguishing itself is in its environmental responsibility. Those vinyl off-cuts that get snipped off the outside of each record after it’s pressed? WMfono runs them through a chipper and reuses them for pressing more records. These records made from recycled vinyl are then slid in recycled cardboard sleeves and sealed in organically sourced clear plastic. We listened to one of these records in WMfono’s listening room, and it sounded great. 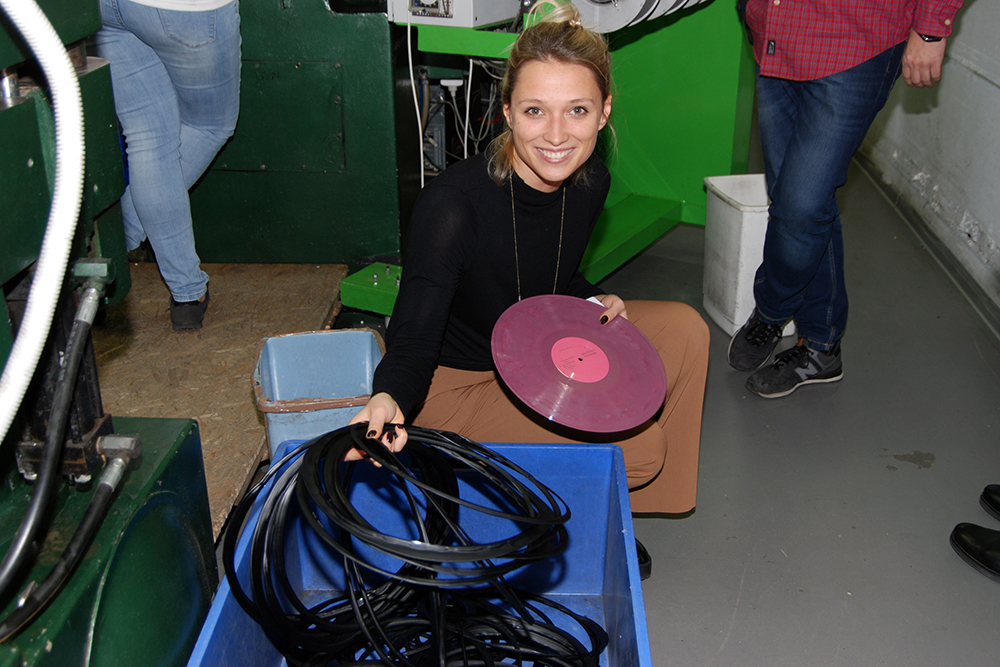 We also had the opportunity to examine several of WMfono’s LP covers -- I was blown away by both the quality of the printing and the artistry of the images. WMfono has a solid lock on what’s required to produce a good-looking, high-quality, well-packaged record. The future looks bright for this company as it finds its way into the core of the vinyl resurgence.