Here’s the last installment of my coverage of the CanJam SoCal 2019 headphone show, which occupied a large ballroom at the Irvine Marriott in Irvine, California, just south of Los Angeles. Although the show featured lots of new headphones and headphone amps, most of the action was in earphones -- and we’re talking high-end, exotic earphones, not the stuff you find at Best Buy. Here’s the second batch of cool earphones I found at CanJam SoCal 2019, presented in alphabetical order with all prices in USD.

While there won’t be a CanJam section at this fall’s Rocky Mountain Audio Fest, there are two more CanJams scheduled for 2019: one in London, one in Shanghai. 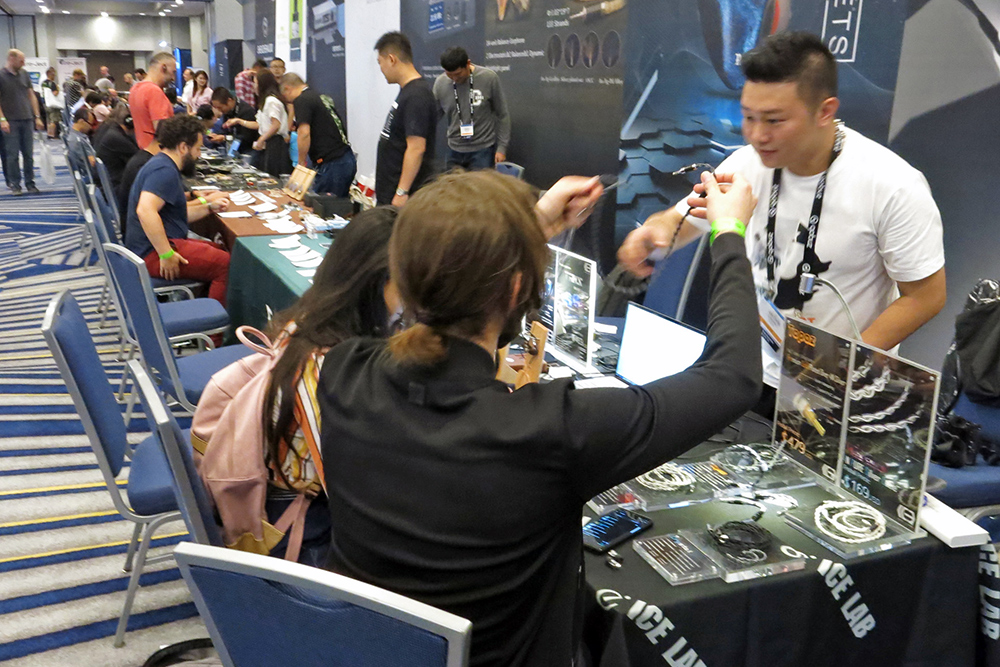 Many Shenzhen, China-area manufacturers, working together under the name Shenzhen Audio, joined forces at a long table in the back of the ballroom that housed most of CanJam SoCal 2019. Furthest to the right of the table was an engaging guy in a white T-shirt named Ice Tung. He’s the founder of Ice Lab, a manufacturer and store that currently serves the Hong Kong market and specializes in custom-molded earphones. CanJam SoCal 2019 marked the company’s North American debut, and a big push into universal-fit earphones, focusing mostly on the . . . 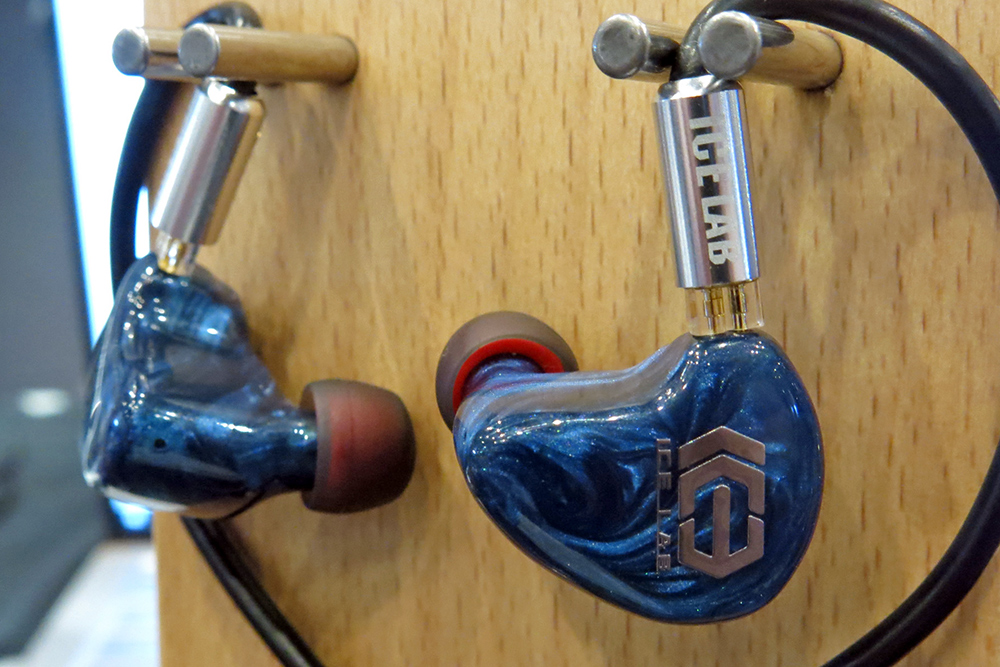 . . . SICE ($749) earphones, which incorporate six balanced armatures per earpiece (two tweeters, two full-range drivers, and two subwoofers). I was amused and more than a little skeptical when I read on the company’s signage that the earphones use ELMO technology, but it’s not just a cute name -- it stands for “Extra Low Multi-Order” crossover. As Ice explained it, “A lot of in-ear monitors with multiple drivers use acoustic filters instead of electrical crossovers, because it’s hard to manufacture crossovers small enough to fit in the earphones. We’re using an electrical crossover to send everything below 200Hz to the subwoofer drivers.” Sounded pretty good to me. 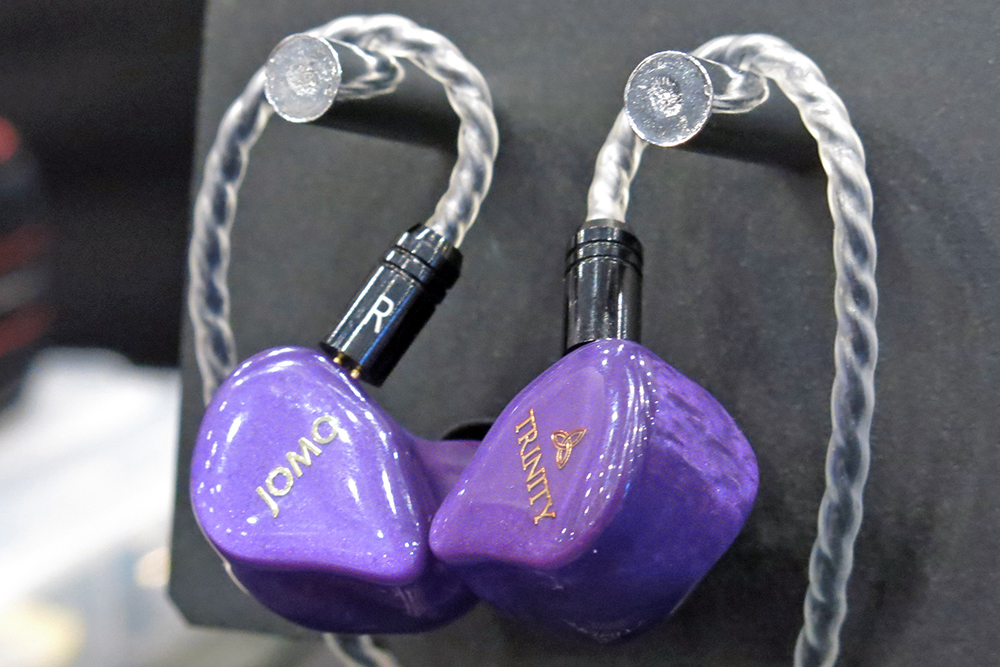 Among the most complex products I found at CanJam SoCal were the Jomo Audio Trinity earphones. The Trinitys combine a dynamic driver for the bass, two balanced armatures for the mids, two more balanced armatures for the highs, and an electrostatic supertweeter. However, unlike other earphones I’ve seen that use electrostatic drivers, these can plug straight into a smartphone, with no external bias voltage required for the electrostatic membrane. According to the company, each earpiece has a tiny transformer that uses the incoming audio signal to create a high-voltage AC bias for the electrostatic membrane; the audio signal also drives the stators surrounding the membrane. Never having heard of such a thing, and doubting my grasp of it, I drew out the schematic as I understood it -- and yep, that’s how it works. And there’s no doubt that it did work, because the highs were pretty spectacular. The price is roughly $2800, but the Trinitys are currently available at a special launch discount of 15% off. 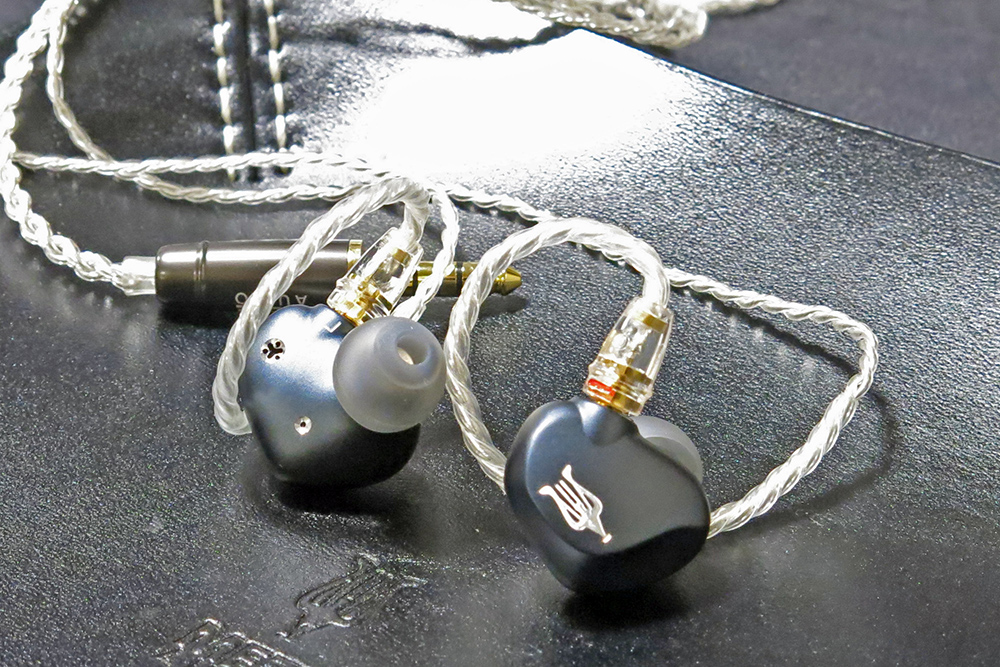 Fresh off the triumph of the Empyrean headphones, Meze is launching a new high-end earphone: the Rai Penta ($1099). The Rai Pentas have four balanced armatures and one dynamic driver per ear, all packed into a CNC-machined aluminum enclosure. According to the company, it’ll be another month or two before the Rai Pentas are available in the US, because demand in the European market has overtaxed the production capability of its Romanian factory. 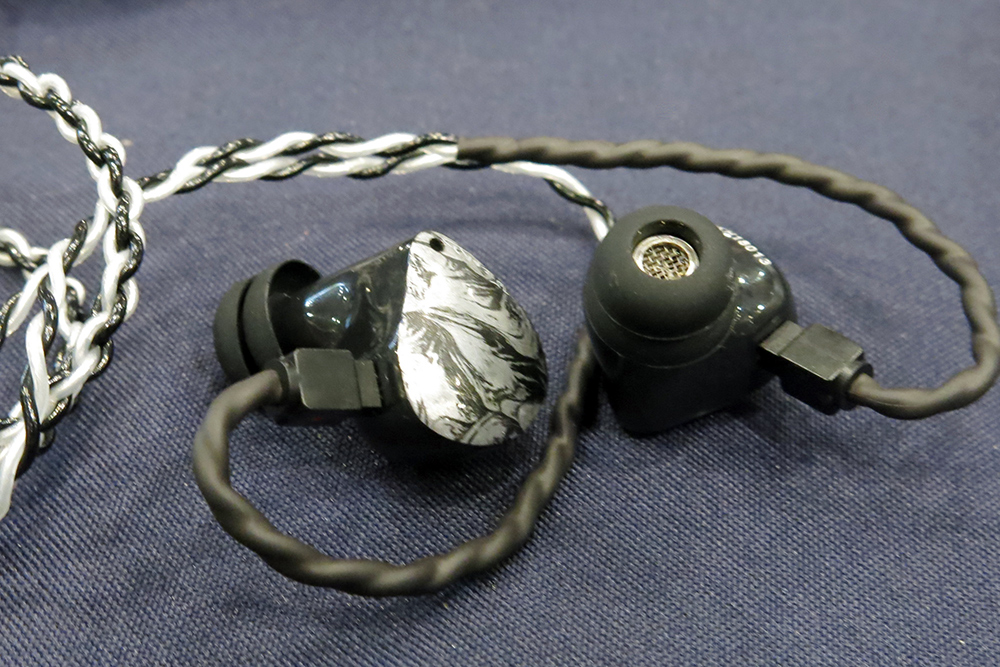 The Khans are Noble’s costliest earphones to date -- and the company’s first hybrid design. Each earpiece incorporates a 10mm dynamic driver for the bass, two balanced armatures for the lower mids, two more balanced armatures for the upper mids, and a piezoelectric driver for the treble. Despite their complex technology, the Khan earphones are surprisingly compact and comfortable. 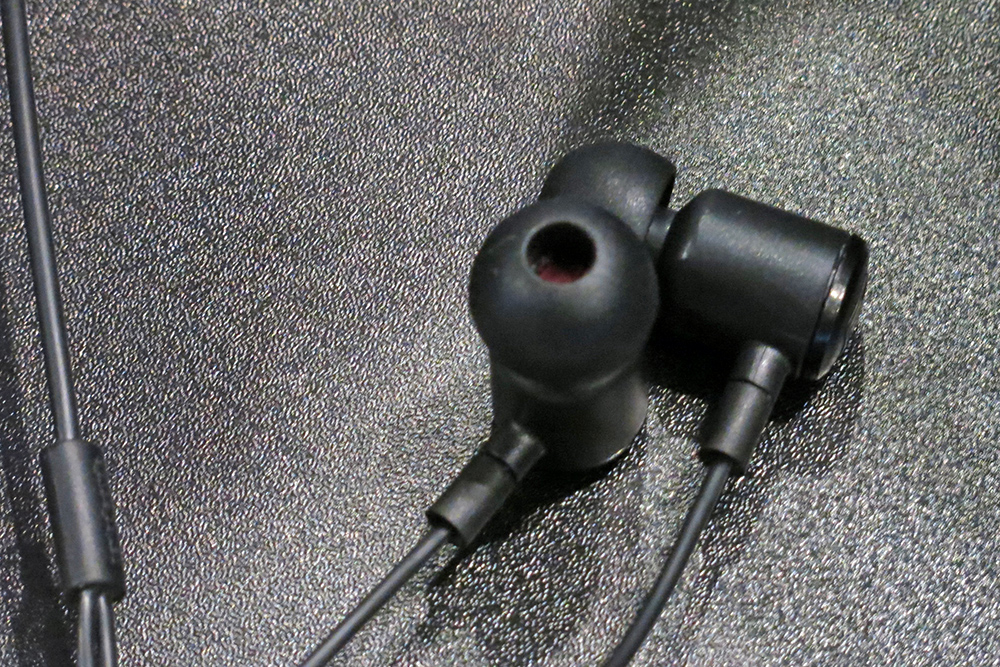 The Carbons are the new top-of-the-line earphones from Periodic Audio, which offers a line of dynamic-driver earphones differentiated by the material used for their driver diaphragms. The Carbons’ drivers use diaphragms made from industrial diamond (i.e., carbon), vapor-deposited to a depth of 8 microns onto a polymer substrate. Those two or three people who fit into the microscopic overlap of the headphone-enthusiast and jewelry-enthusiast circles on a Venn diagram will appreciate knowing that the coating weighs approximately 0.0035 carats. The company claims the diamond diaphragm has only 10% of the distortion of its beryllium diaphragm. 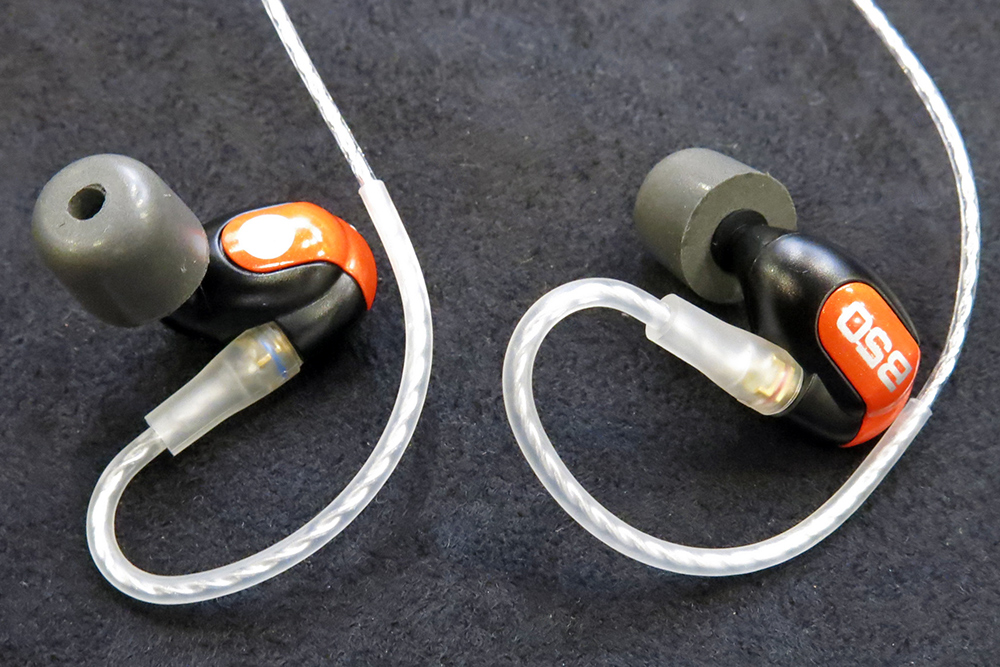 I’m often not a fan of earphones made by companies that also make hearing-protection products -- i.e., Etymotic and Westone. Most of them don’t have enough bass for me, which is baffling because loud bass doesn’t damage your hearing the way loud mids and highs do. So the B50 earphones are not what I expected from Westone. They’re part of the new B-series earphone line, using larger balanced armatures for deeper and more powerful bass. I was pretty bowled over by the sound, which combined the detail and extended highs typical of balanced armatures with the fun, bouncy bass typical of dynamic drivers. From top to bottom, the tonal balance seemed pretty close to perfect. The B50s ($700) incorporate five balanced armatures per ear, while the B30s ($450) have three balanced armatures per ear.