It's been a while since we've heard much from Canada's Anthem, which is a subsidiary of Paradigm, Canada's largest and best-known speaker manufacturer. That changed just a couple of days before CEDIA Expo 2011, when the company sent out a press release about the new Statement M1 monoblock amplifier, which retails for $3500. It's a doozie, even if at first glance it doesn't impress. The design is basic black with styling similar to other Anthem products, but when I read the specs, my jaw dropped. 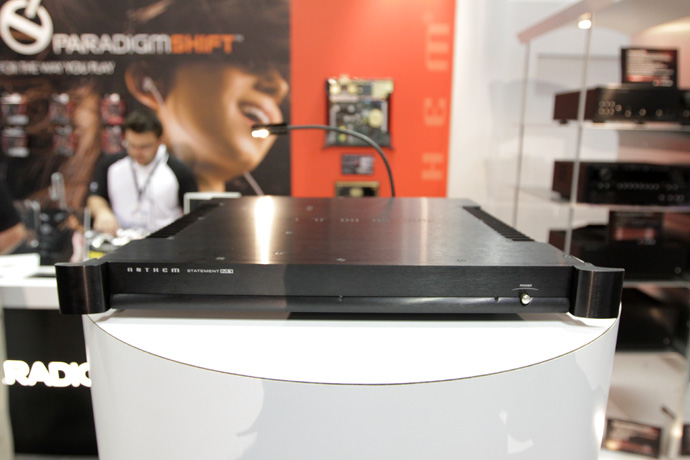 To generate this high power, Anthem uses a proprietary class-D amplifier topology along with power-factor-correction circuitry, something that first showed up in their state-of-the-art Sub2 subwoofer design. It also has a built-in line conditioner that cleans the signal going in and out -- any incoming nasties are removed, and the M1 supposedly won't muck up the line the way some class-D amps do. But even more impressive are the unit's height (just 1.75") and the fact that you can stack multiple M1s and not generate too much heat. Anthem accomplishes this by . . . 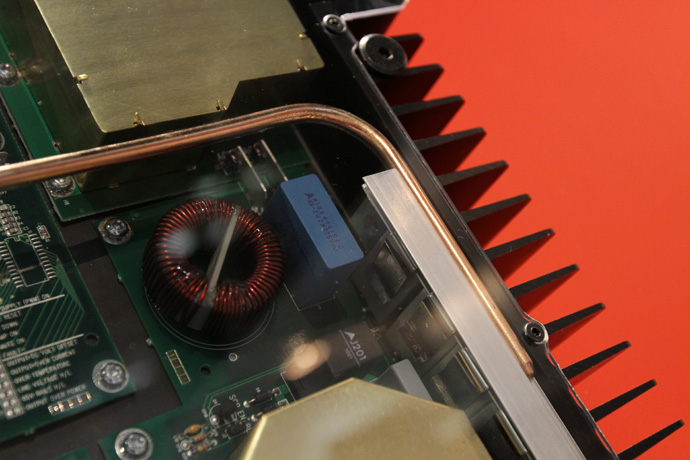 . . . using heatsinks as well as an internal liquid-cooling pipe that helps dissipate heat from the output stage. 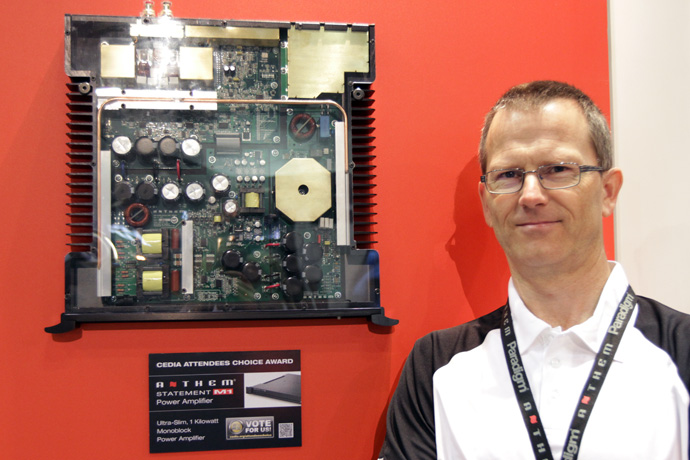 Anthem and Paradigm have been rather low-key about their design team. In the case of the Statement M1, designer Marc Bonneville is justifiably being put into the spotlight for his excellent work on it. Marc joined the company about two decades ago and started conceiving the M1 in 2002. Next week he will personally oversee the first production run as the amps are produced at the company's headquarters in Mississauga, Canada. Marc's M1 -- a Statement, in more ways than one.