When it comes to audio electronics, the 2018 CEDIA Expo was much bigger on distributed, multiroom audio than it was on the traditional two-channel gear familiar to audiophiles. Still, I found several new power amplifiers at the CEDIA Expo. Here are the most interesting ones I saw, with all prices in USD. 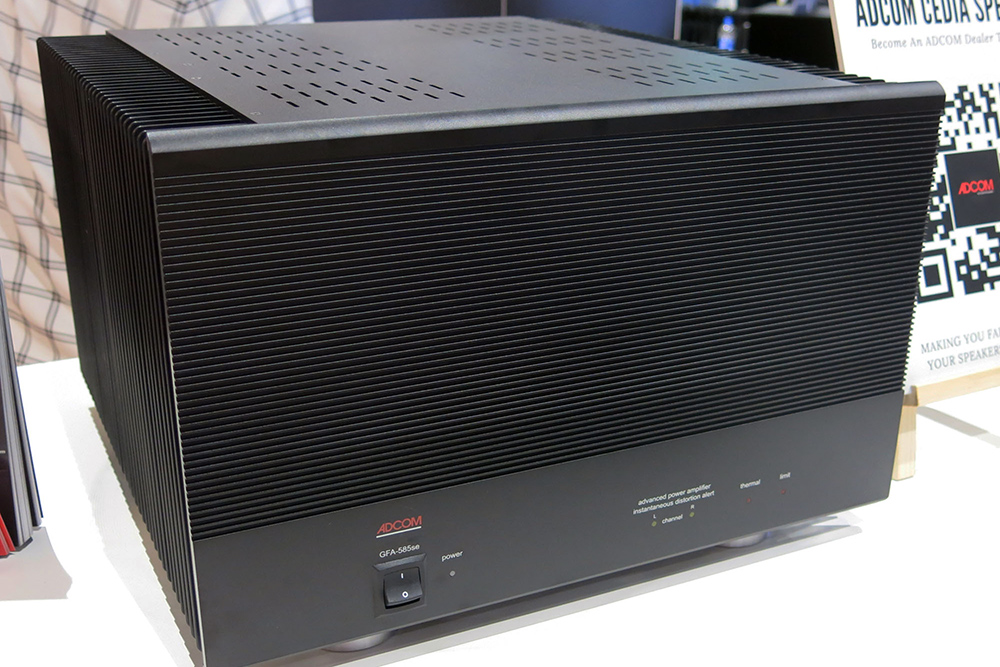 I was delighted to see the return of the storied brand Adcom to CEDIA, although the company’s owners say it never really went away; it was just in limbo for a while. The brand is now run out of Bangkok, Thailand, but most of its products seem firmly grounded in Adcom’s original aesthetic. The GFA-555se ($1299) you see here represents a rebirth of Adcom’s classic flagship stereo amp, the GFA-555. It’s rated at 200Wpc in stereo or 600W bridged to mono, both into 8 ohms, and offers XLR and RCA inputs. 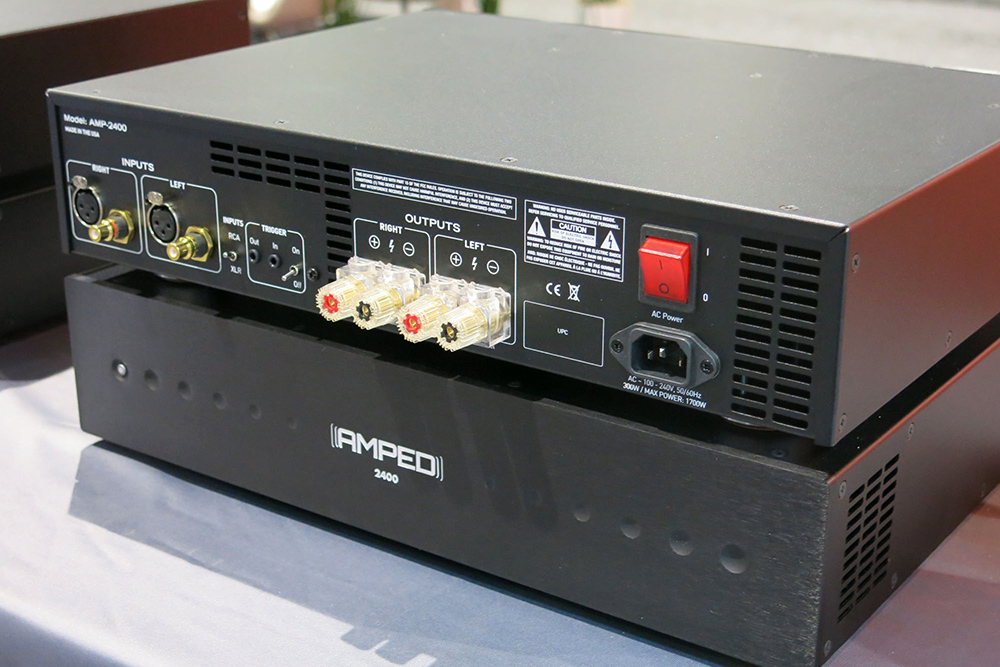 Amped America is a New Jersey-based company that seeks to bring high-powered class-D amplification into custom audio installations. The company claims that its High Efficiency Power Supply (HEPS) is much quieter than the typical switching supply used for class-D amps, thanks to careful design of the output filter on the power supply. A protection circuit shuts off the amp when a short is detected, but checks every five seconds afterward to see if the short is still there, and restores power when the short is removed. The stereo AMP2400 ($5000) is rated at 400Wpc into 8 ohms and weighs just 17 pounds, while the AMP2250 ($2500) is rated at 250Wpc into 8 ohms and weighs 15 pounds. 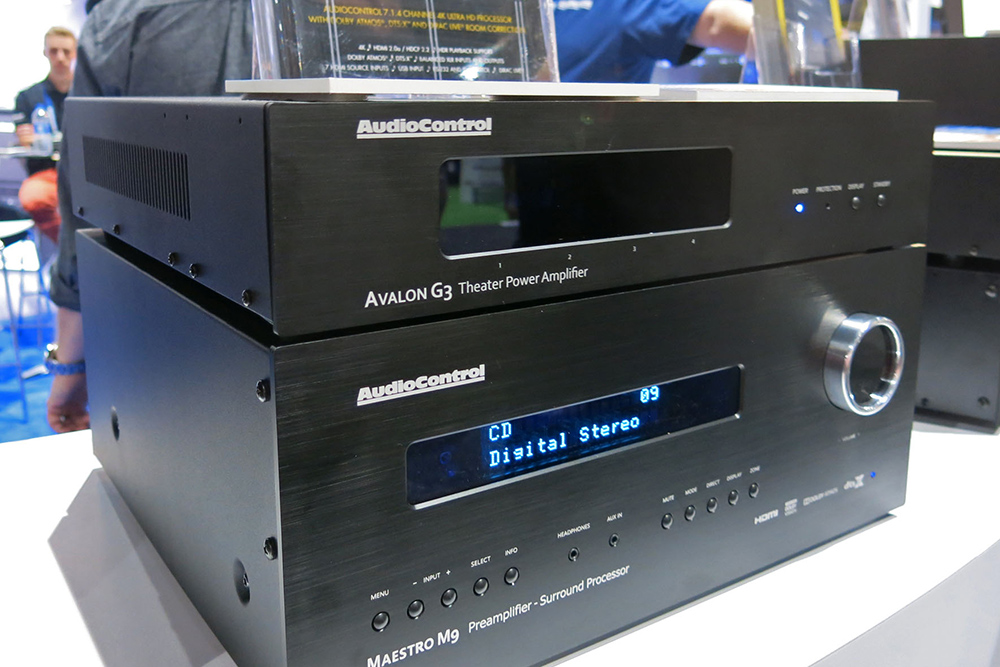 As the number of channels in a typical home theater changes, manufacturers often have to offer new amps to meet new channel configurations. As Dolby Atmos and DTS:X technologies have created a desire for (usually) four in-ceiling speakers to serve as height channels, custom home-theater installers now need a four-channel amp. AudioControl’s answer to that need is the Avalon G3 ($1960). It offers four channels of power at 200Wpc, and a pair of channels can be bridged to deliver 400W. 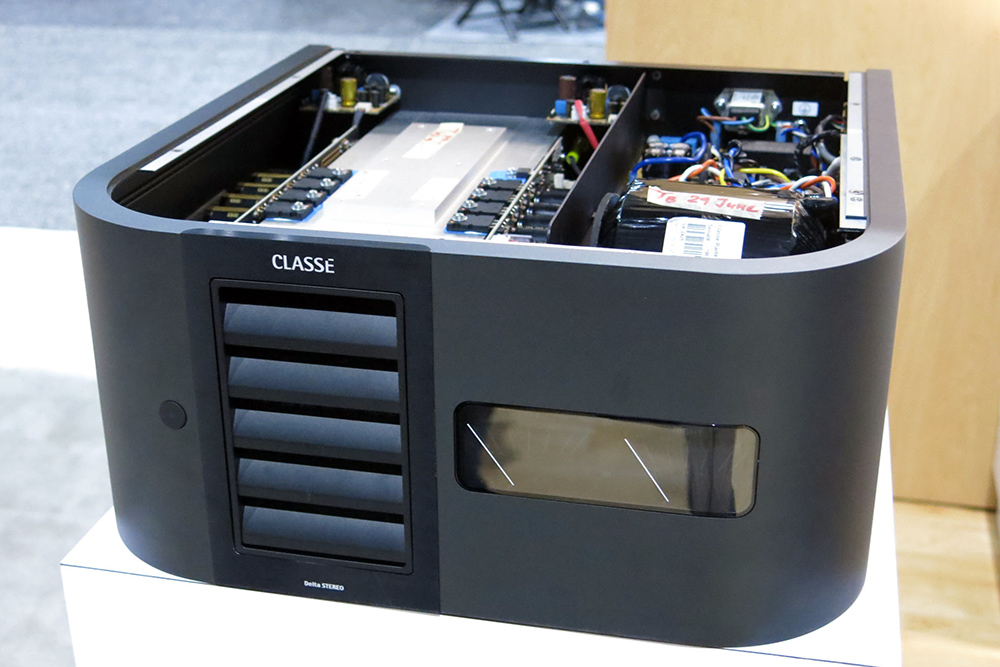 Classé Audio is revamping its line after its recent acquisition by Sound United, parent company of Definitive Technology, Denon, Marantz, Polk, and other brands. The new Delta III stereo ($12,000) is rated at 250Wpc, with the first 25W in class A. Its output transistors mount on a tunnel-shaped aluminum heatsink with a fan at one end, allowing it to run cool even in places that aren’t well ventilated. The speaker cable binding posts are the coolest I’ve ever seen -- when they reach the ideal level of tightness, they start to click instead of tightening further, just like a torque wrench. 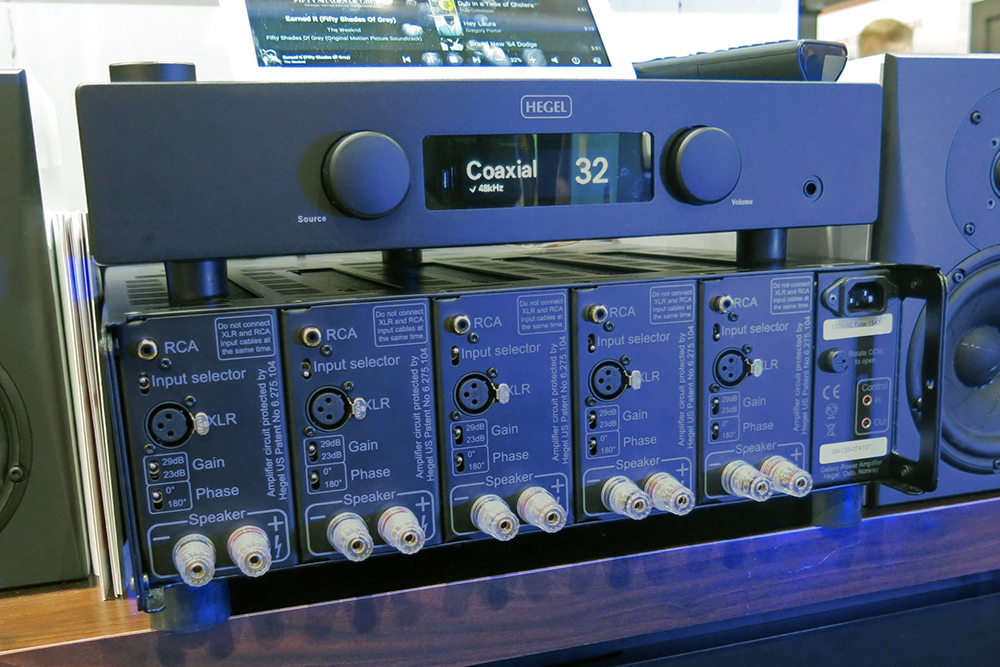 Hegel used CEDIA Expo 2018 to debut its new modular multichannel amp. Each module is a fully self-contained amplifier with its own power supply and toroidal power transformer, and each module is rated at 150W into 8 ohms, doubling to 300W into 4 ohms and again to 600W into 2 ohms. Each module has XLR and RCA inputs, a gain switch, and a phase switch. A fully loaded five-channel version is called the C55. With four modules, it’s the C54, and with three modules, it’s the C53. The price hasn’t been set yet. 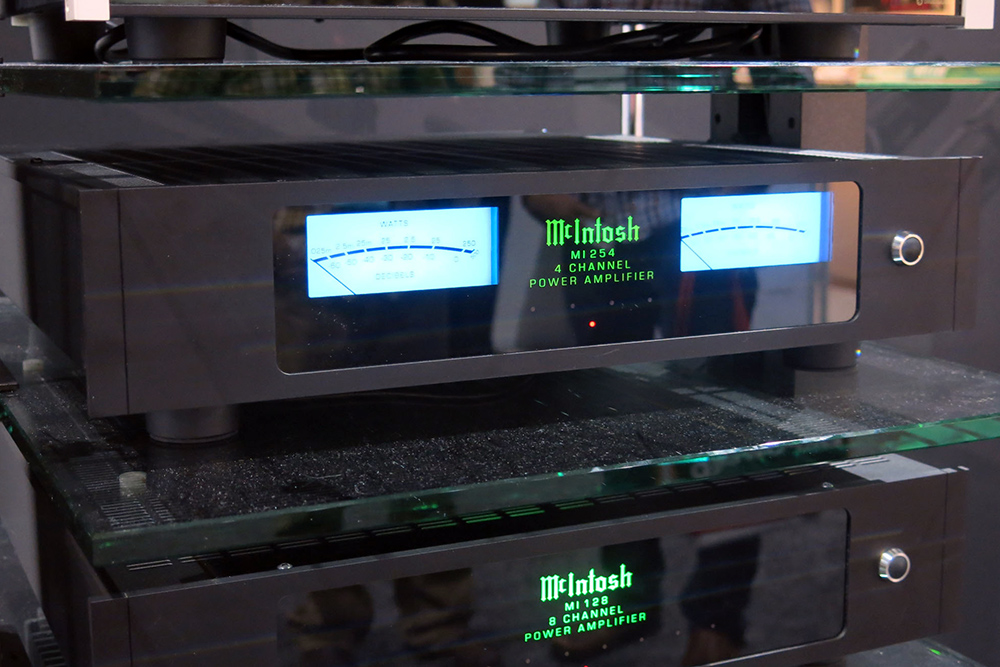 McIntosh Laboratory’s MI254 is another amp inspired by the need to power in-ceiling speakers in a Dolby Atmos/DTS:X system. It’s a four-channel class-D amp rated at 250Wpc into 8 ohms. It has balanced XLR and unbalanced RCA inputs, and each channel can take a direct input or be switched into the amp’s left- or right-channel bus, which allows a single audio source to feed multiple channels without the use of adapters. Expect a price of around $4000. An eight-channel, 100Wpc version, the MI128, will also be available. 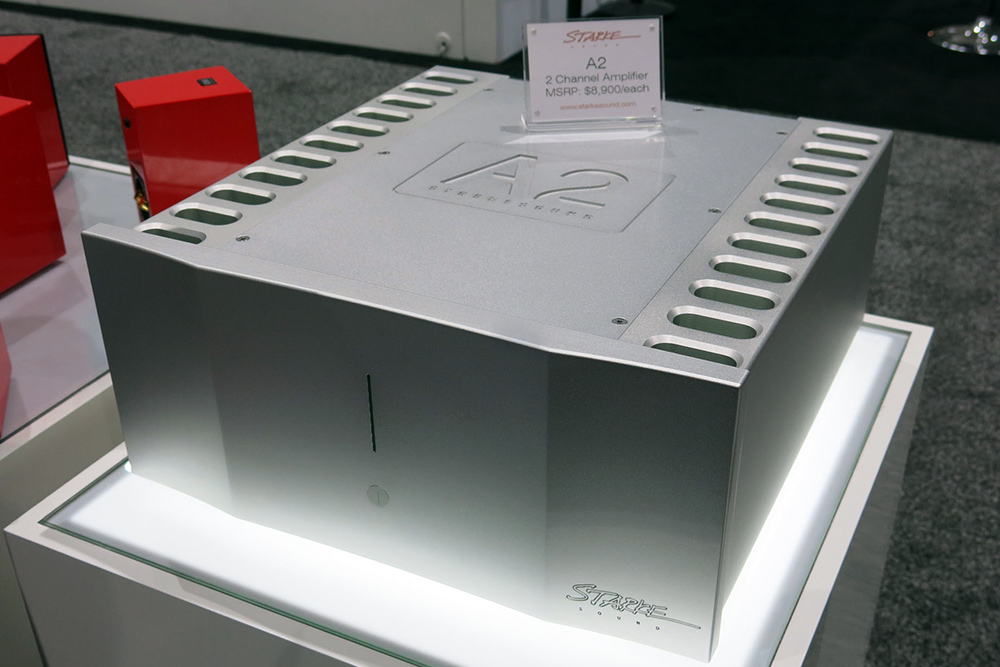 Starke Sound is a home-theater-oriented company, but it found many people were using its three-channel home-theater power amps in stereo systems. So the company created the A2 ($8900), a stereo amp specifically built for use in high-end two-channel systems. The amp is rated at a whopping 450Wpc into 8 ohms, all in class-A mode. Because the output transistors in a class-A amp never shut off, most of the energy of the power supply is converted to heat and dissipated by the heatsink -- and it takes a big heatsink to soak up 450W. The A2 solves this problem by using a tracking power supply, which reduces its output at low signal levels. The chassis is machined from solid aluminum billet.