Today marked the official kickoff of CES 2017, in Las Vegas, which hosts more consumer electronics product launches than any other trade show in the world. While there were a few press events today, the big event was CES Unveiled, which took place at Mandalay Bay. This is a “pipe and drape” event, with most booths nothing more than a table full of products and a few posters, but it does give us some insight into what the big trends will be for the show and for the year. I would guess that 90 percent of the products shown fit the Internet of Things category, including health sensors, pet trackers, IP-controlled lights, robotic devices, and more. I did find a handful of interesting new audio products on display, though. Here are my favorites, with all prices listed in USD. 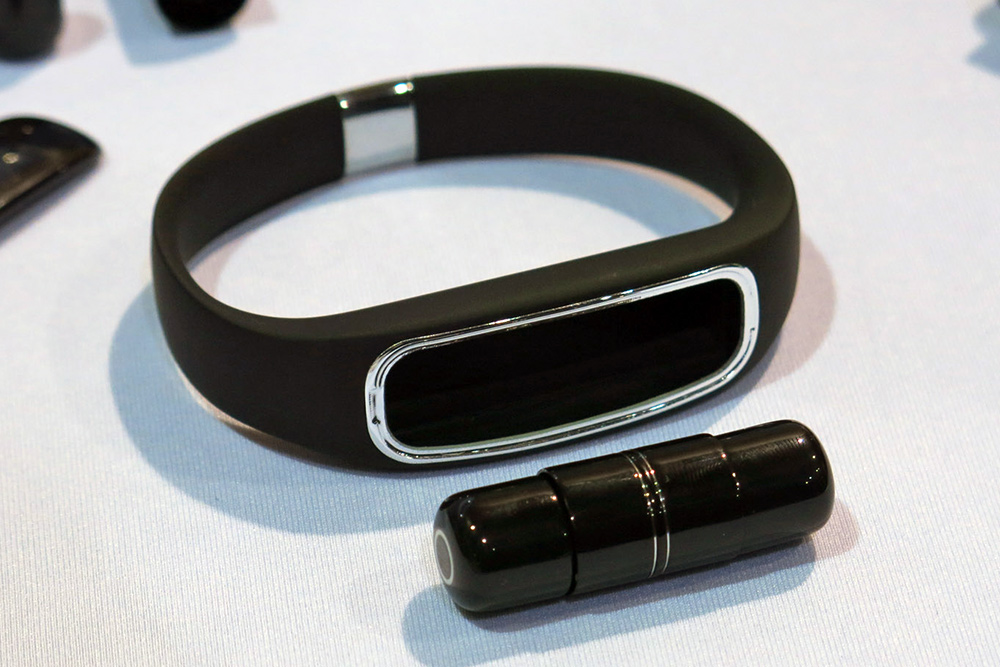 There are a lot of new “true wireless” earphones appearing, which use Bluetooth wireless to connect to the phone or tablet and to connect between the left and right earpieces. The coolest model I saw at Unveiled was the $199 Ashley Chloe Fuse, which incorporates two tiny earphones made with ceramic enclosures. Tiny touch-sensitive controls on one earpiece allow control of volume, play/pause, and track-skip functions. Like most “true wireless” earphones, the standard version of the Fuse comes with a case that incorporates a rechargeable battery that in turn charges the earpieces. The earpieces can also fit into the optional wristband shown here, which will be available in men’s and women’s styles at prices TBD. 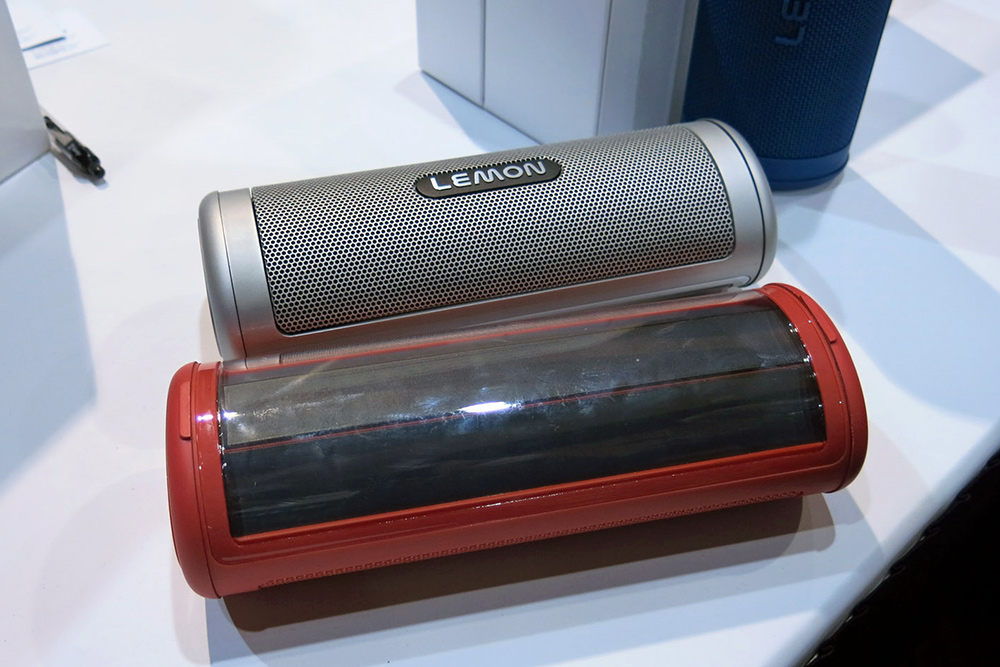 Lemon’s $249 California Roll Bluetooth speaker is powered by a bank of solar cells on one side. According to the company, the speaker can play for about 20 hours after sitting for seven hours in bright sunlight. The California Roll carries an IPX7 waterproof rating, meaning it can be submerged up to 1m underwater for 30 minutes without damage. It can also provide power for other devices, and two of the speakers can be paired for stereo. 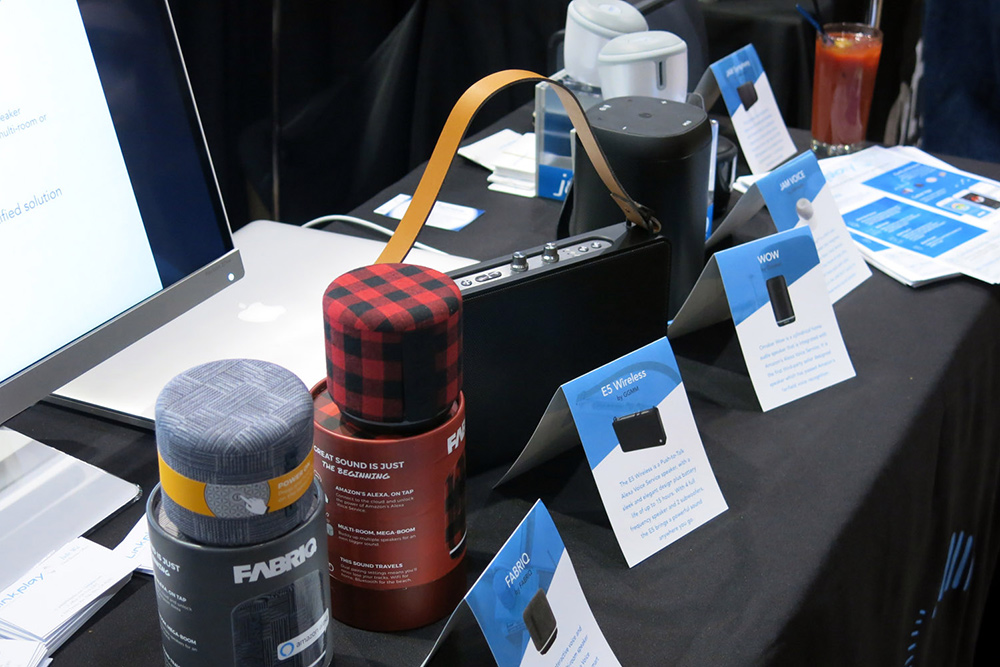 My CES preview column published a few days ago predicted we’ll see many voice-controlled speakers this year. Many of them will be powered by Linkplay, which used Unveiled to show its technology running in speakers under the Fabriq, Omaker, GGMM, and Jam brands. A Linkplay module and a microphone array add Amazon Alexa voice-command capability to any speaker. The module has an I2S digital output and can be equipped with Bluetooth and other extra features depending on what a manufacturer needs. The company says its modules can handle one channel of 24/192 digital audio, or as many as 12 channels (or six stereo feeds) of 24/96. Linkplay is also working on modules for Google Home and Microsoft Cortana voice-command systems. This will surely be the most important booth I visited at Unveiled, because it suggests that audiophiles will soon be able to get the same voice-command convenience that millions of Amazon Echo owners now enjoy. 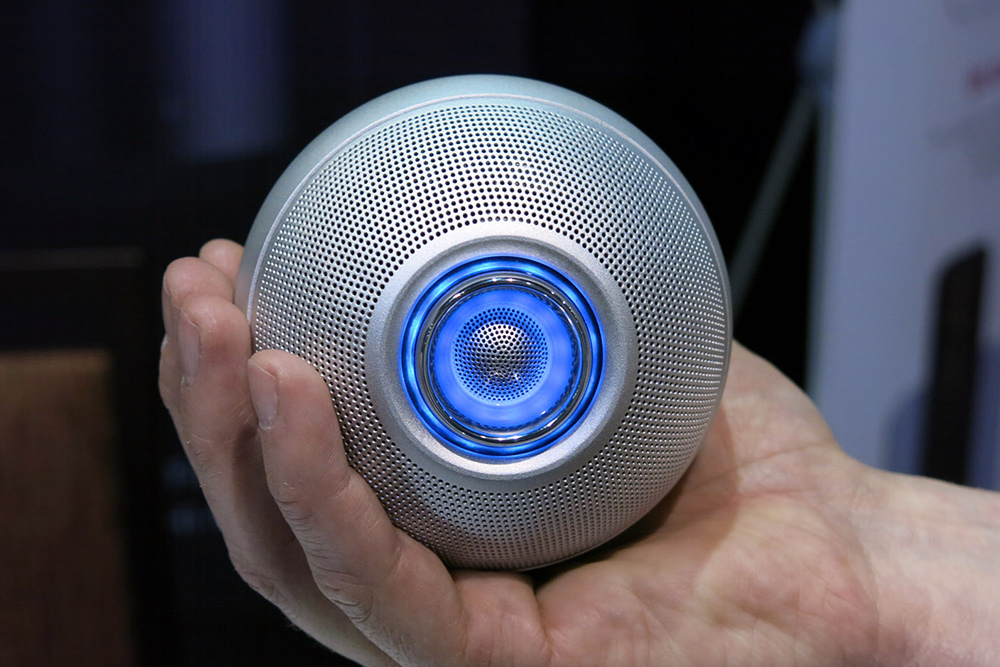 Crazybaby’s $189 Luna wireless speaker can stream audio from Wi-Fi and Bluetooth sources. In a Wi-Fi hookup, it can tell when you arrive at home when your phone connects with your home network, and it can then start playing your desired music playlist. The speaker driver works like a telescoping lens, extending slightly to create broader dispersion and a more open sound. An app lets you change the color of the front LED. 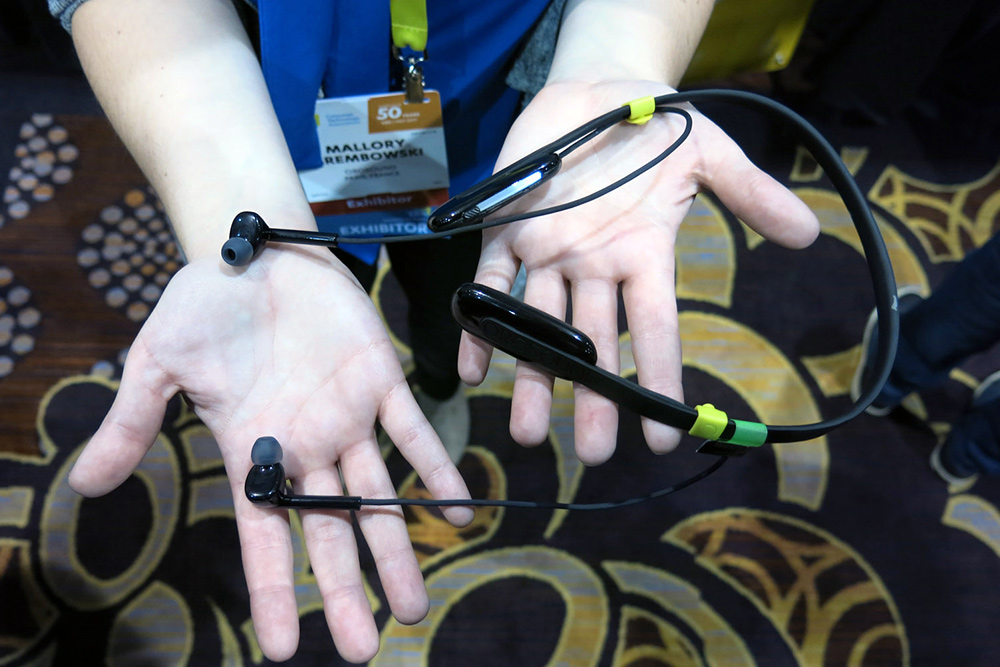 Orosound’s Tilde is one of a few earphone models I saw at Unveiled that allow users to control what they hear. The internal electronics can be set to cancel all noise around the listener’s head, or to permit the listener to hear sounds in a 60-degree “cone” pointing forward, which the company says helps isolate the sounds of voices in loud environments. The Tildes play music, too, using a Bluetooth connection to a phone or tablet. Expect a price of around $300 when the Tildes launch this summer. 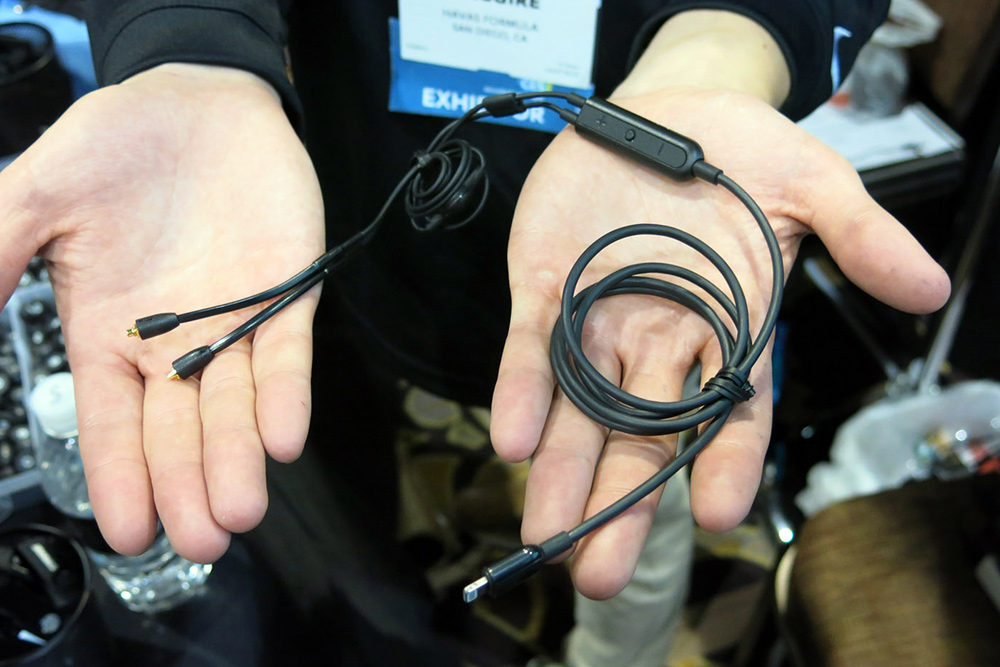 If you own Shure’s pro-style earphones with over-ear cable routing (or you plan to), you no longer have to worry about how to connect them to new Apple devices that lack an analog headphone jack. The company’s new $99 Lightning cable fits all of its earphones with detachable cables. It incorporates a DAC and headphone amp, powered by the Lightning jack on Apple phones and tablets.