The Adante speaker line from ELAC was one of the first things that caught my eye at CES 2017. Although ELAC manufactures some very high-end loudspeakers, its most recent products designed by Andrew Jones, such as the Debut and Uni-Fi speakers, have definitely been more budget-oriented. Jones also designed these latest Adante speakers, and though they’re a step up in price from those models, they still aim to provide high value. The model being demonstrated was the stand-mounted Adante, which retails for $2500 per pair (there were also a floorstander and center-channel, but those were on static display). 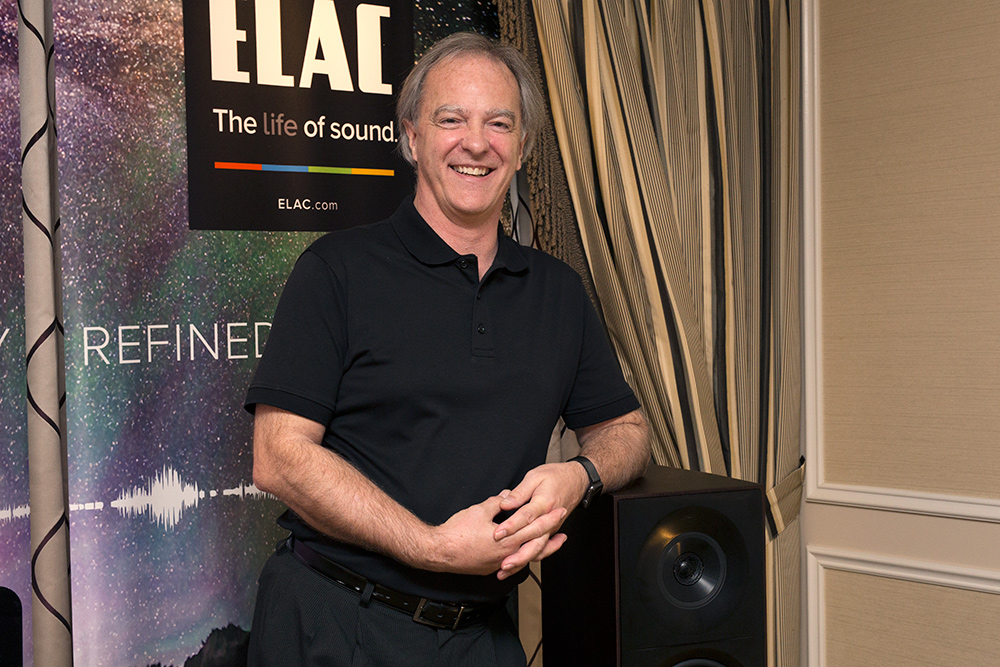 The Adante stand-mount is fairly large. It has a 6.5" internal bass driver that’s mounted in a vented enclosure that is itself enclosed inside another chamber within the speaker’s cabinet, which is then mated to a front-firing 8" passive radiator. As with other Andrew Jones-designed speakers, the Adante features a concentric tweeter-midrange driver array, making this a three-way design. The Adante stand-mount is quite attractive, with a modern look highlighted by its black-colored aluminum front baffle. Finishes include high-gloss black and white, as well as real-wood veneers. 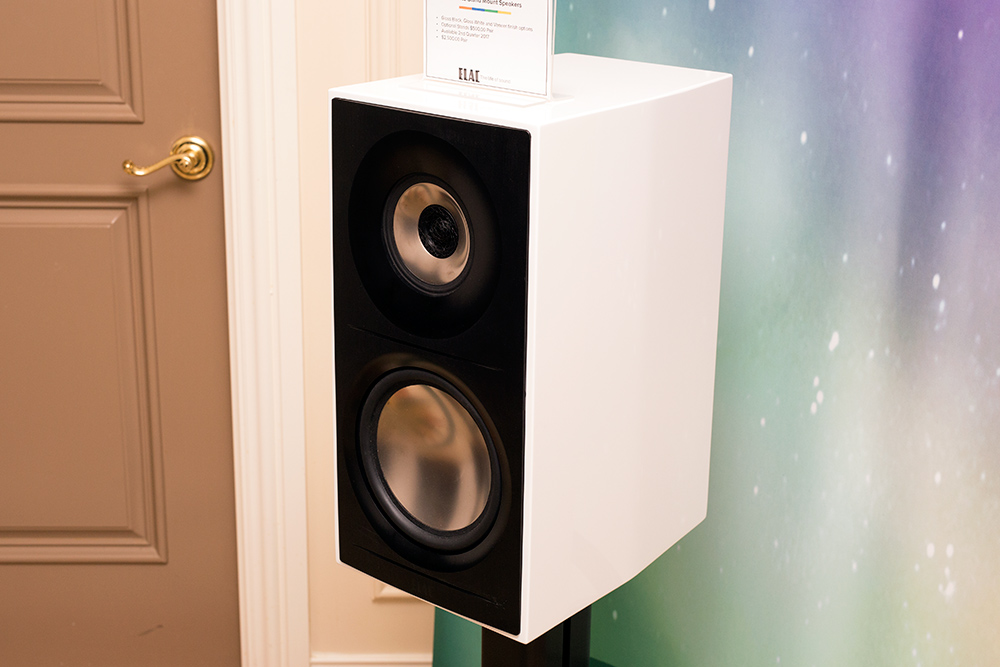 Even the recently completed prototype shown at CES sounded extremely promising, with deep bass that might make you think you were listening to a small floorstander. The midrange and highs were pristine yet smooth, with female vocals and acoustic guitars sounding exceedingly natural. With the music I listened to, there was a large, well-defined soundstage, as you might expect from a speaker with a concentric driver array. While the previous Debut and Uni-Fi models were excellent budget designs, the more upscale Adante is something that I would consider building a high-end system around for myself.

What would I use to power a pair of stand-mounted Adantes? Well, Naim was showing a new line of all-in-one music-streaming platforms built on its Uniti series. With their large full-color, front-mounted LCD displays and simple black-brushed aluminum finishes, I think all of the new Uniti components look stunning. While not as eye-catching as, say, Naim’s $200,000 Statement amplifier system (it’s definitely a sight), the smallest of them all, the Uniti Atom, still looks great and has a similar large top-mounted, illuminated volume control. Very cool. The Atom retails for $2995. 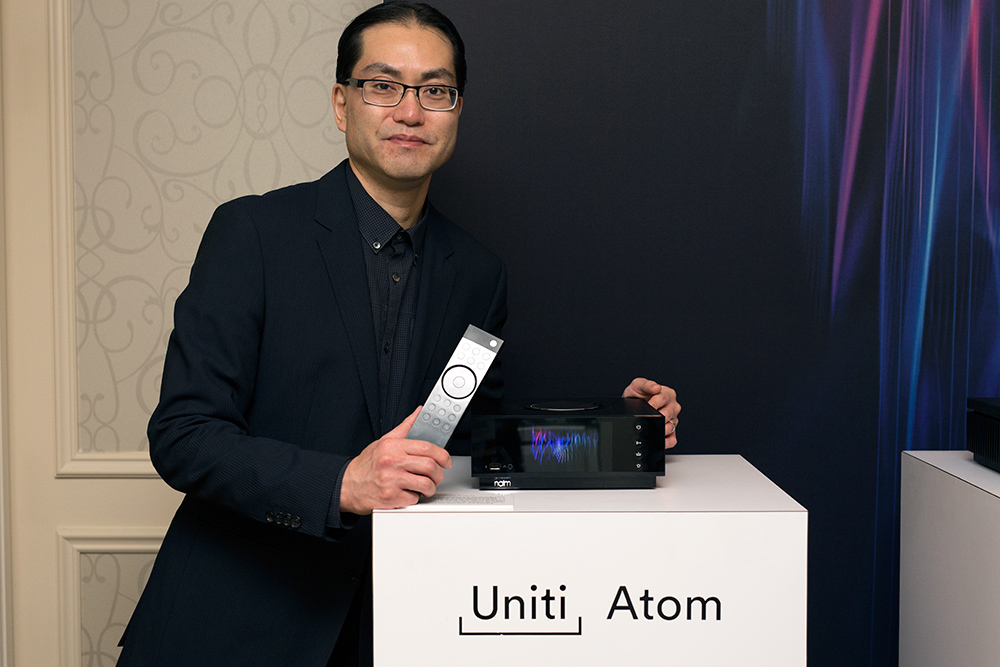 Roger Kanno with the Uniti Atom

The little Atom may look great, but it’s what’s inside that really counts -- and that includes 40Wpc (into 8 ohms) of amplification based on the technology used in Naim’s excellent NAIT series of amplifiers. The larger Uniti Nova, which is rated to deliver 80Wpc, was driving a pair of Focal Sopra No2s in the demo area, and I was thoroughly impressed by its ability to control these large floorstanders, so I’m confident that the smaller Atom could be used to drive a pair of reasonably efficient bookshelf speakers like the Adantes.

Not only should a pair of ELAC Adante stand-mounts sound great when paired with a Naim Uniti Atom, but they would also look fantastic in a simple yet modern system that I would love to own.