As I write this, CES 2017 has wrapped up just one hour ago, so I’ll be using this article to cover everything I didn’t get a chance to fit into my other CES 2017 headphone reports. Some of what I’m featuring here isn’t especially “mass market,” but it’s all still worthy of attention, and some of the products are far more technically interesting than your average headphone. All prices in USD. 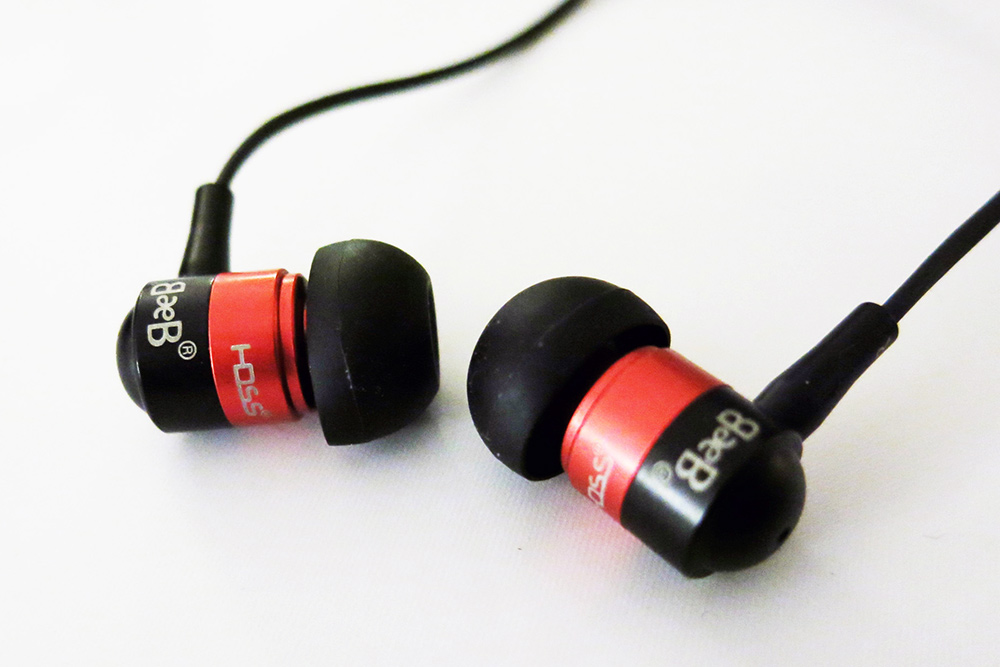 I have to give credit to Blue Ever Blue for originality, because its pitch for its line of earphones was like none I’ve ever heard. Using a patented passive mechanical component intended to absorb excess heat from the drivers, the Blue Ever Blue earphones, such as the $40 868s shown here, are said to reduce stress by 14.32 percent. The company came to this impressive specification by measuring the heart rates of ten volunteers when they listened to conventional earphones and then to Blue Ever Blue earphones. However, even with my BS alarm ringing full-blast, I could hear that the 868s had a bigger soundstage and a somewhat smoother sound than what the company said were identical earphones without its patented technology. 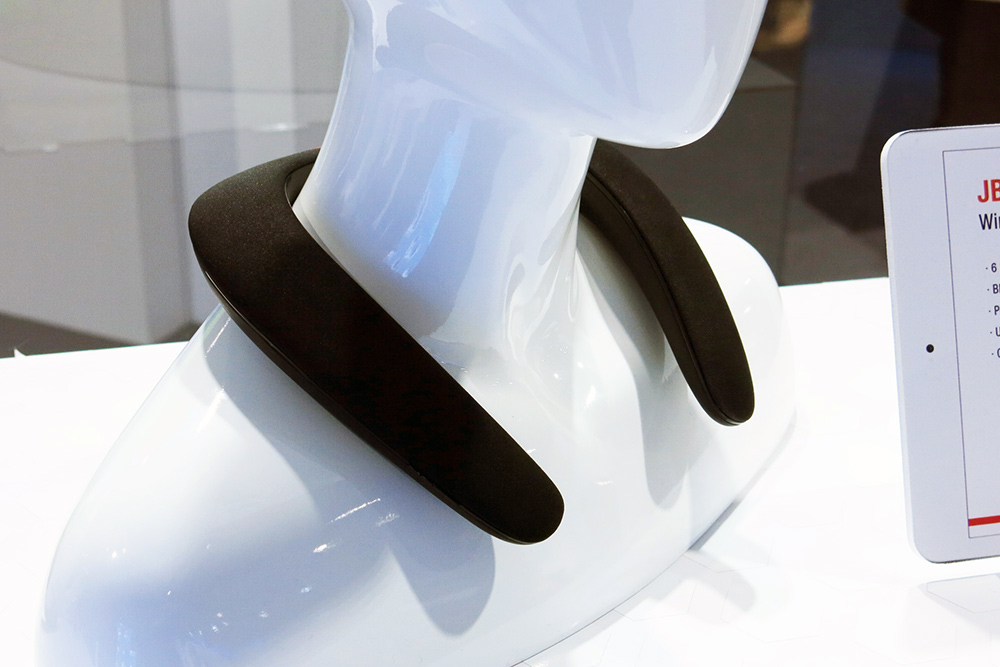 Technically, the JBL Soundgear ($199) isn’t a pair of headphones, and it’s not really intended for music so much as for virtual reality and gaming. But who knows? Maybe it’ll find an audience among those who want personal sound but hate wearing headphones. Instead of conventional headphone earpieces, the Bluetooth-connected Soundgear incorporates tiny upward-firing drivers. 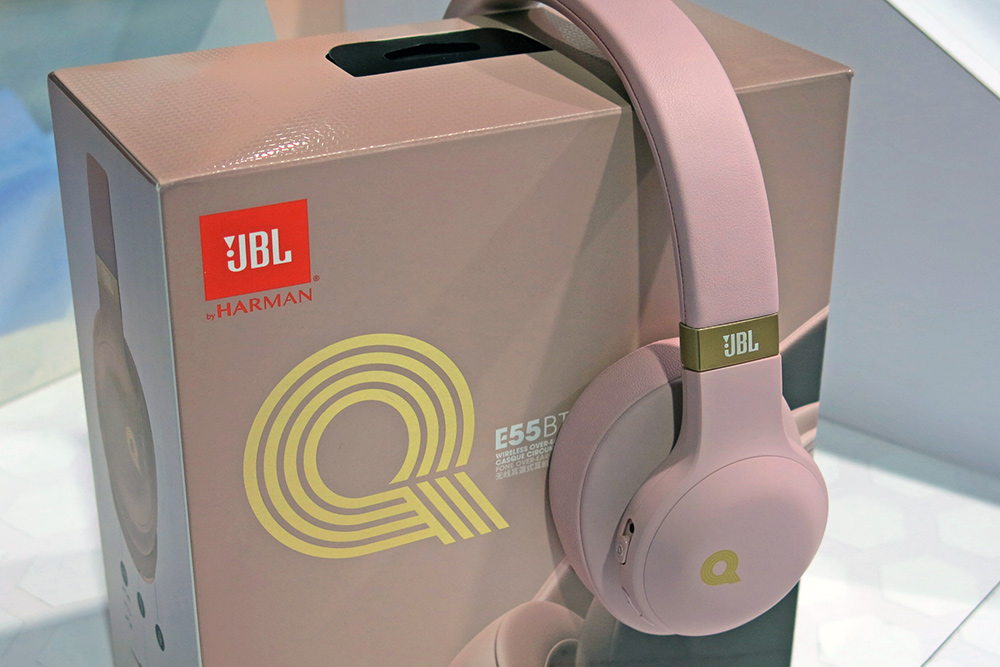 Legendary music producer Quincy Jones has endorsed a couple of headphones from AKG, but the Q55BT Bluetooth model ($199) is the first he’s done for JBL, which like AKG is owned by Harman (which is now owned by Samsung). Not only was Quincy Jones involved in voicing the Q55BTs, but his voice was also used for the prompts heard during Bluetooth pairing and other functions. It’s available in black or in the dust-rose color shown here. 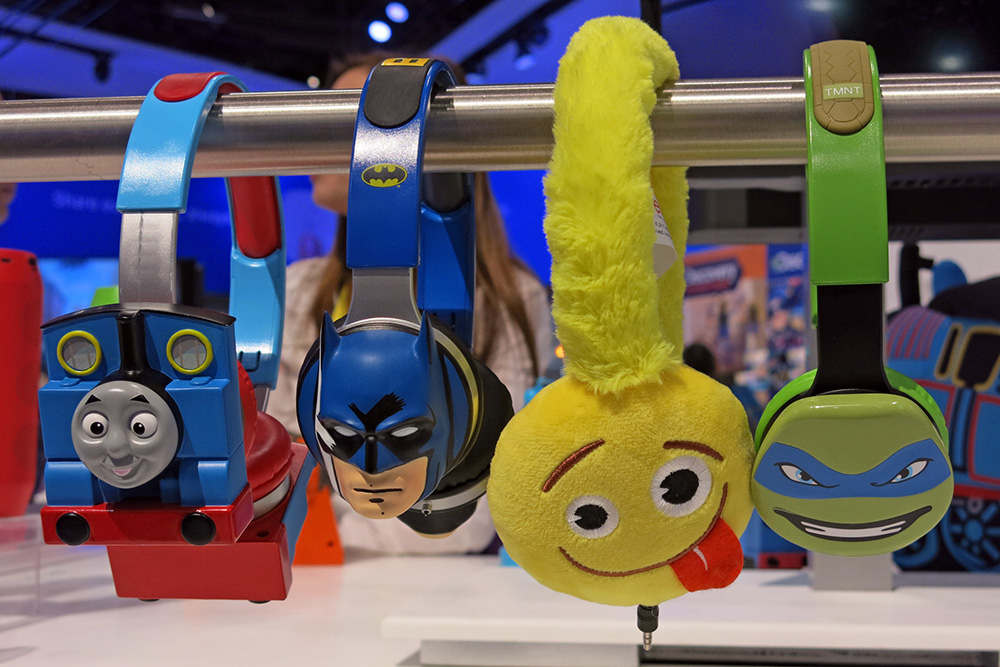 The Sakar headphones pictured are part of the company’s line of volume-limited headphones for kids, which (like most other headphones designed for children) include resistors intended to limit maximum output to 85dB when the headphones are used with a portable device. Most of them are sized for kids’ heads, but I found the emoji headphones delightfully comfortable, and their retractable cord is a welcome convenience. Prices range from $9 to $39. 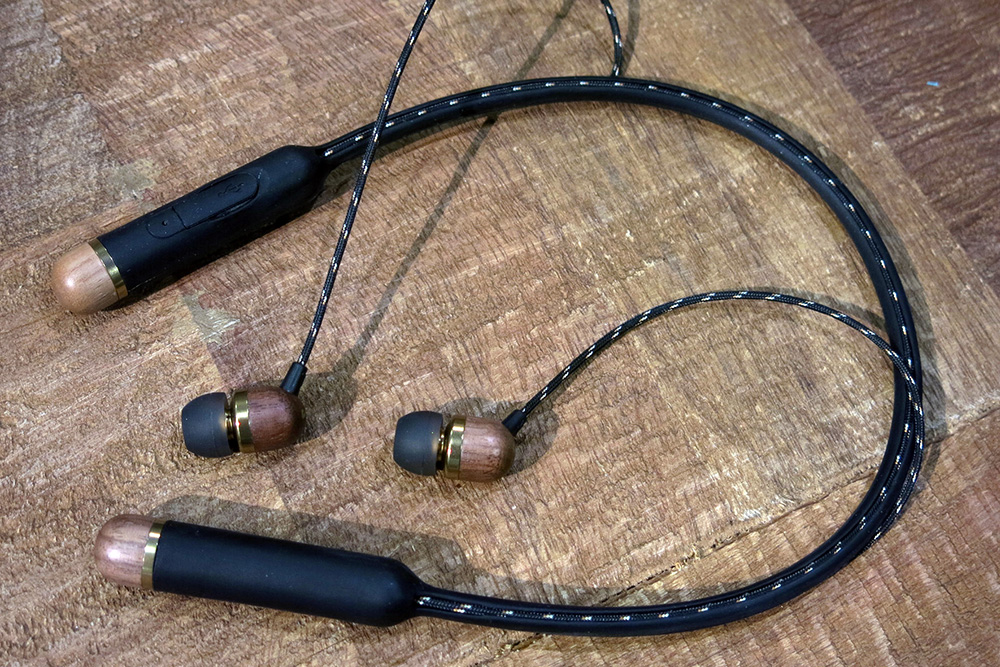 Among the zillions of neckband-style Bluetooth earphones I saw at CES 2017, the House of Marley Smile Jamaicas ($59) stood out for their ergonomic excellence and friendly price. The neckband is extremely light and flexible, so it doesn’t have that “obedience collar” feel of the hard-plastic neckband models. True to HoM’s earth-friendly ethos, the Smile Jamaicas use metal parts made from recycled aluminum with wood certified by the Forest Stewardship Council, a worldwide organization that promotes sustainable forest management. 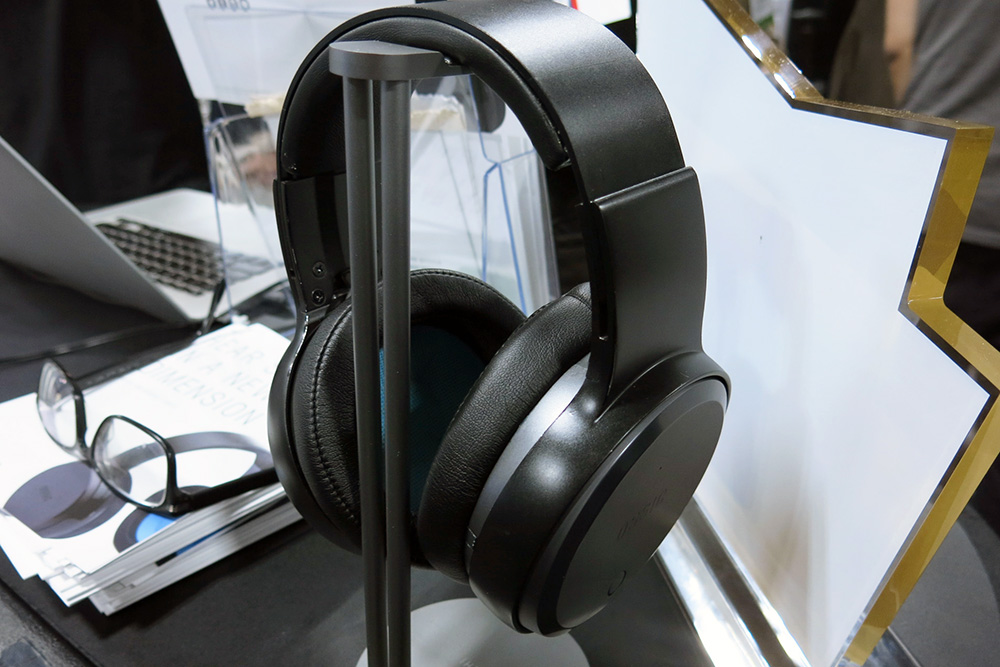 Having heard a kludgy prototype version of the Ossic surround-sound headphones last year, I was happy to see the company at CES demoing samples it says are very close to what will be the final version slated to ship this summer. Each earpiece incorporates four drivers -- front, side, rear, and height -- along with processing that allows the integral head tracker to work. So it’s just like real life: when you turn your head, the audio doesn’t turn with you. It’s mostly intended for gaming and VR, but it does have straight stereo and spatialized stereo listening modes. Inputs include Lightning, USB Type-A and Micro-B, and analog. Price is $299 through launch; then it goes up to $499. 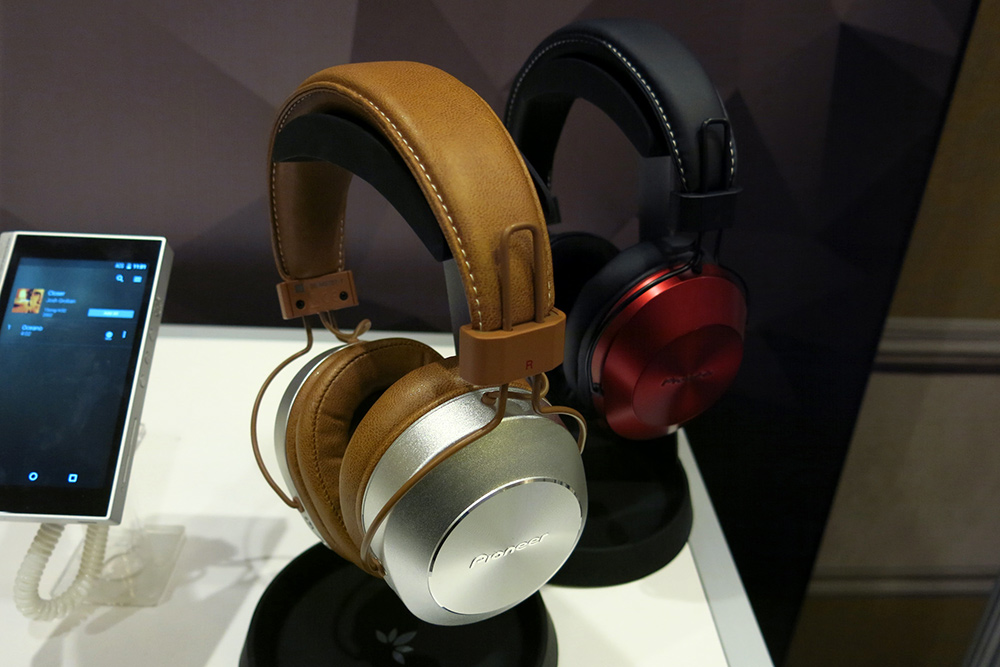 My unofficial award for “best headphone value at CES 2017” goes to Pioneer for its SE-MS5T over-ear headphones. When I looked at them, I assumed they’d cost about $250, but the price is just $69. The stitched-leather headband and plush earpads feel way out of place on a budget headphone model, but they’re welcome additions nonetheless. My quick listen revealed that the tonal balance is fairly neutral, too. The SE-MS5Ts are the red model in the rear; the one in front is the Bluetooth version, the SE-MS7BTs ($129). 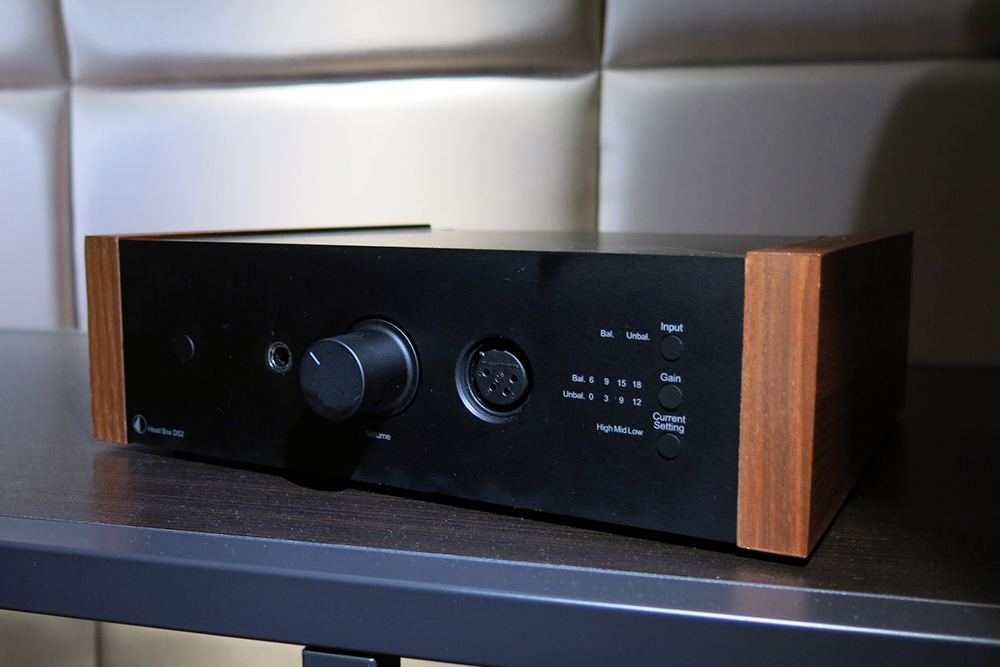 Pro-Ject has revamped its DS line of mini components, putting them in larger, aluminum-sided cabinets with optional wood sides. The Head Box DS2 headphone amp has balanced output on a four-pin XLR and unbalanced output on a standard 1/4" jack. XLR and RCA inputs and loop-through outputs are provided, but there’s no internal DAC. The price is expected to be about $500. 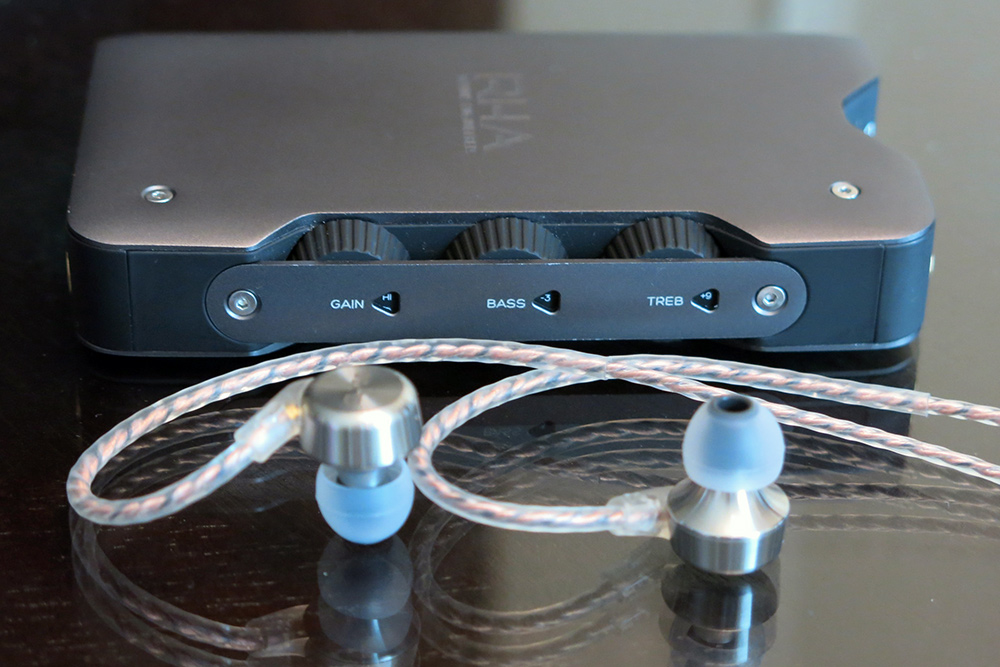 With its new earphones and amplifier, RHA is aiming straight at the audiophile market. Unlike almost all earphones, the new CLI Ceramic ($449) and CL750 ($139, shown here) are designed and voiced specifically to be used with a high-quality portable music player or an amp such as the new DACAmpL1 ($549, also shown). I was especially impressed with the design and the build quality of the CL750s, which look like they cost about four times more than they do.