The CES 2019 show in Las Vegas was just wrapping up as I wrote this report. It wasn’t a big show for new audio products -- especially high-end audio products -- but I did find a few that are well worthy of attention. We’ve already posted the first batch of them. Here are the rest, with all prices in USD.

There’s one product not pictured here that I want to be sure to mention: Audioengine’s new A2+ Wireless ($249/pair, a Bluetooth- and digital-input-equipped version of the company’s acclaimed analog-only A2+ desktop speaker. Unfortunately, I didn’t get a usable picture of it.) 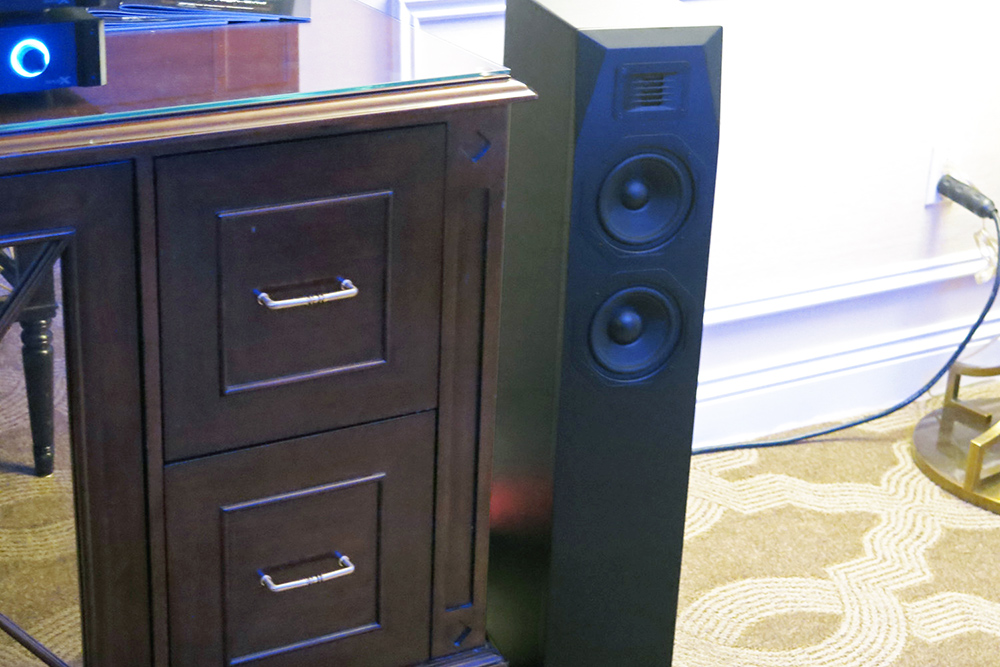 Emotiva’s Airmotiv T-Zero ($499/pair) is a simple, slim new tower speaker. It’s a two-way design with dual 5.25" midrange-woofers and a 32x25mm AMT folded-ribbon tweeter. Unusually for such inexpensive speakers, the cabinet is made from high-density fiberboard (HDF) instead of medium-density fiberboard (MDF). 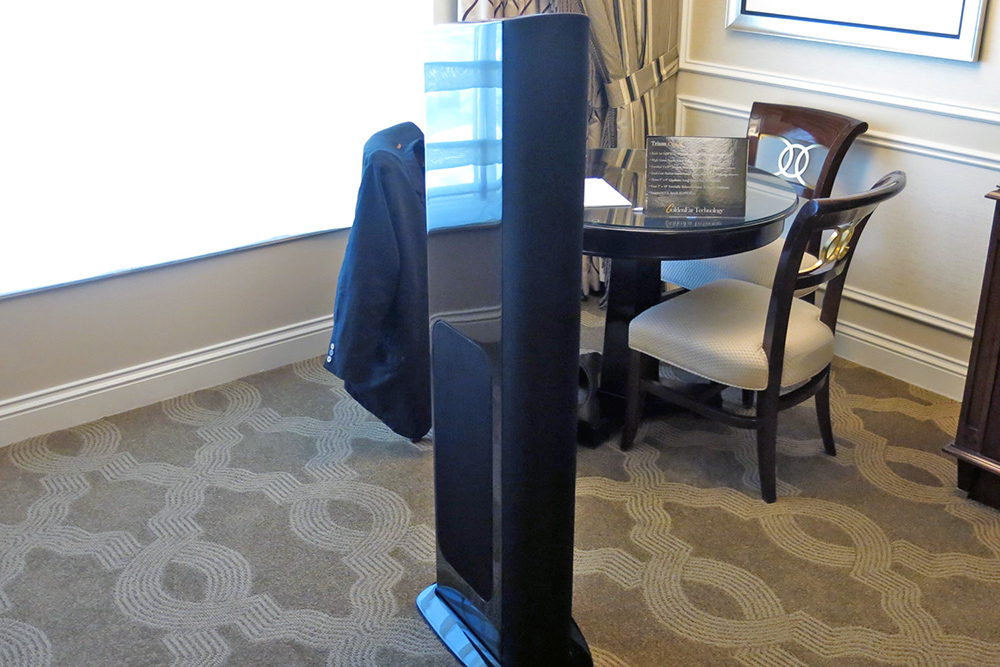 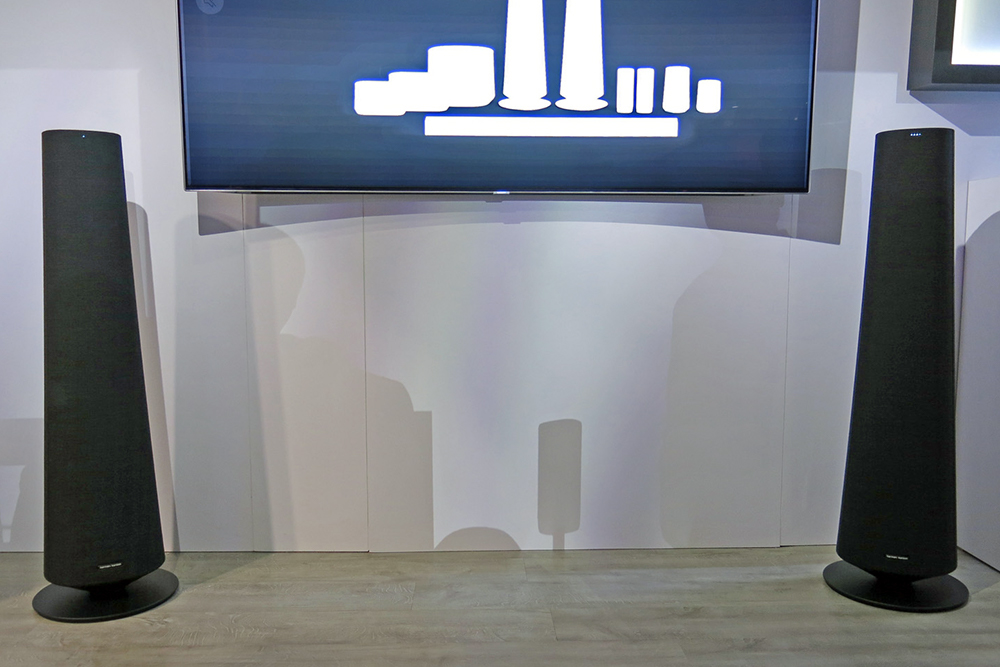 The Harman Kardon Citation Tower ($2499.95/pair) might look like a new high-end tower speaker, but it’s probably more accurate to think of it as the world’s highest-performance voice-command speaker. Google Assistant is built in, and the right-channel speaker has an onboard microphone array and a small display screen on top. Inside each speaker are a 2" tweeter, two 4" midranges, and a downfiring 8" woofer. The system plays very loud and has plenty of deep bass -- yet even with it running at a loud level I’d estimate at 90dB, it recognized my voice command “Hey Google” spoken in a normal voice. So basically, it works just like a Google Home speaker, but sounds immensely better. 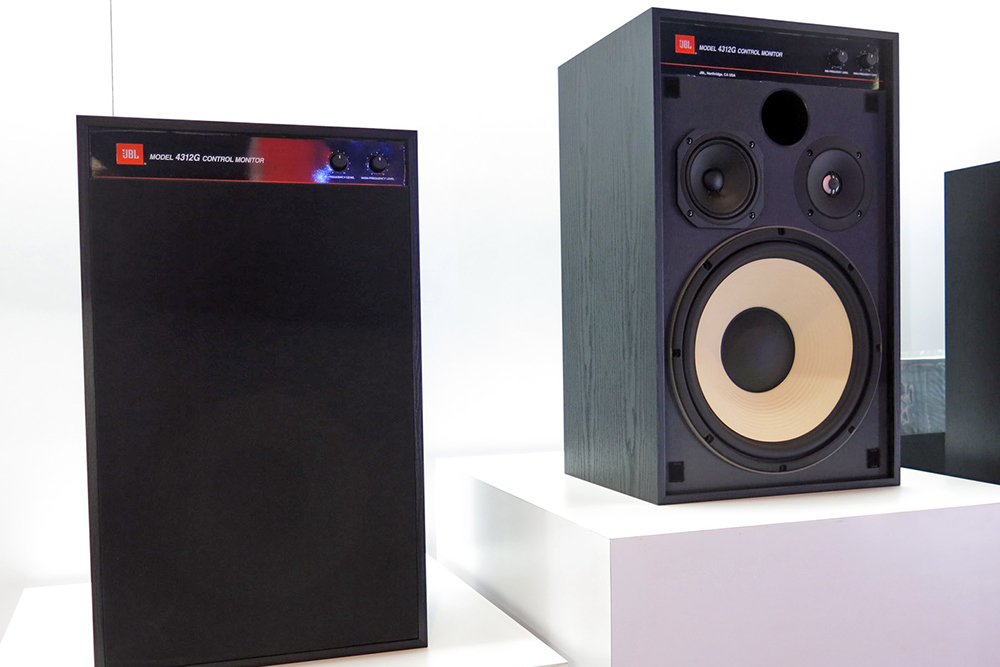 JBL’s recording-monitor-style 4312 speaker launched in 1968, and the company produced it in a special edition last year to celebrate the speaker’s 50th anniversary. The 12" woofer and 5" midrange from the special edition have been incorporated into the new 4312G model ($2500/pair), and the 4312G has been voiced to sound more like the special-edition model than the previous model, the 4312E. 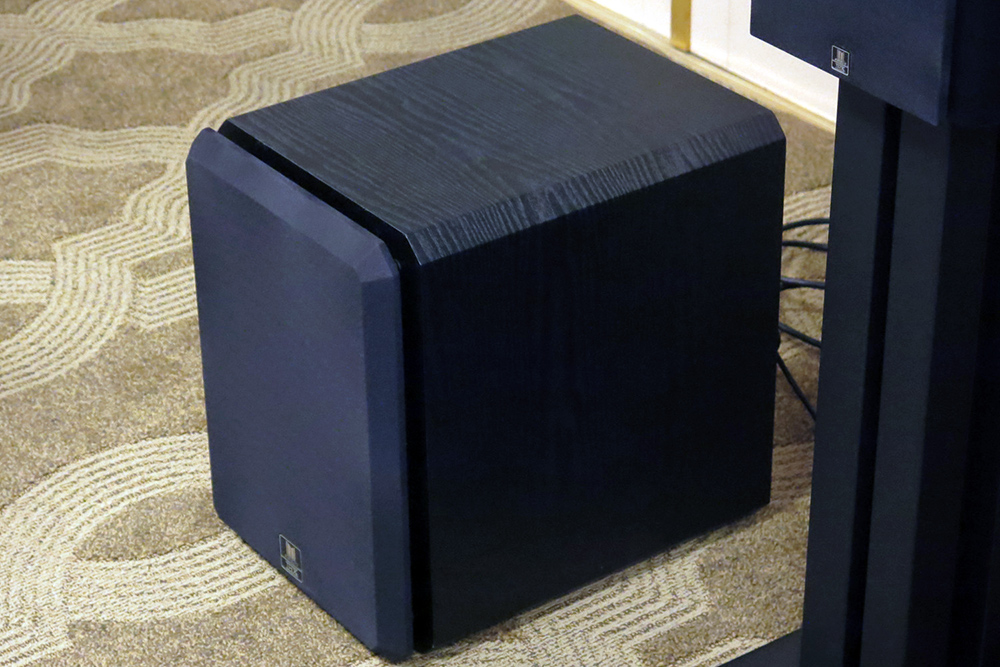 Monoprice has earned a reputation for very inexpensive gear of varying levels of quality, but the company’s THX-certified subs (which we’ve reviewed previously) are more like mainstream gear: high-performance designs at prices that are reasonable but not crazy-cheap. At CES 2019, the company showed a new line of Monolith sealed subwoofers, all of which are THX-certified. The line extends from the $499 M10-S shown here, a 10" model that’s THX Select certified, to the $1299 M15-S, a 15" model that’s THX Ultra certified. 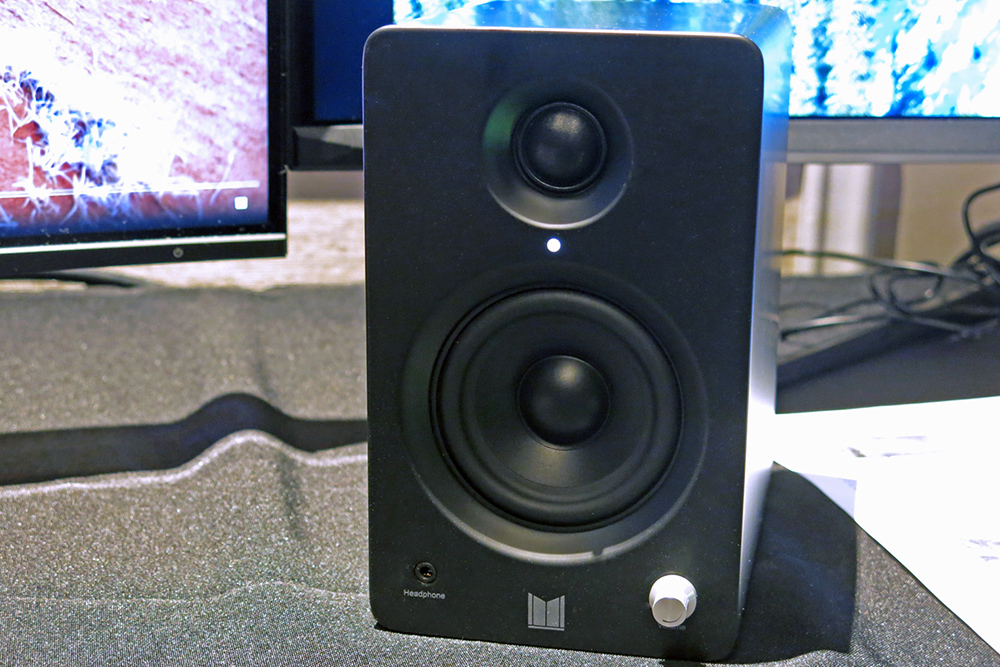 The MM-3 desktop speaker system is more like what most people expect from Monoprice: a product priced much lower ($199.99/pair) than similar ones already on the market. Each speaker has a 3.5" woofer and a .75" tweeter, and they’re fully biamped, with DSP crossovers and a total rated power of 25W per speaker. Analog and digital inputs are included, along with aptX Bluetooth and a front headphone jack. 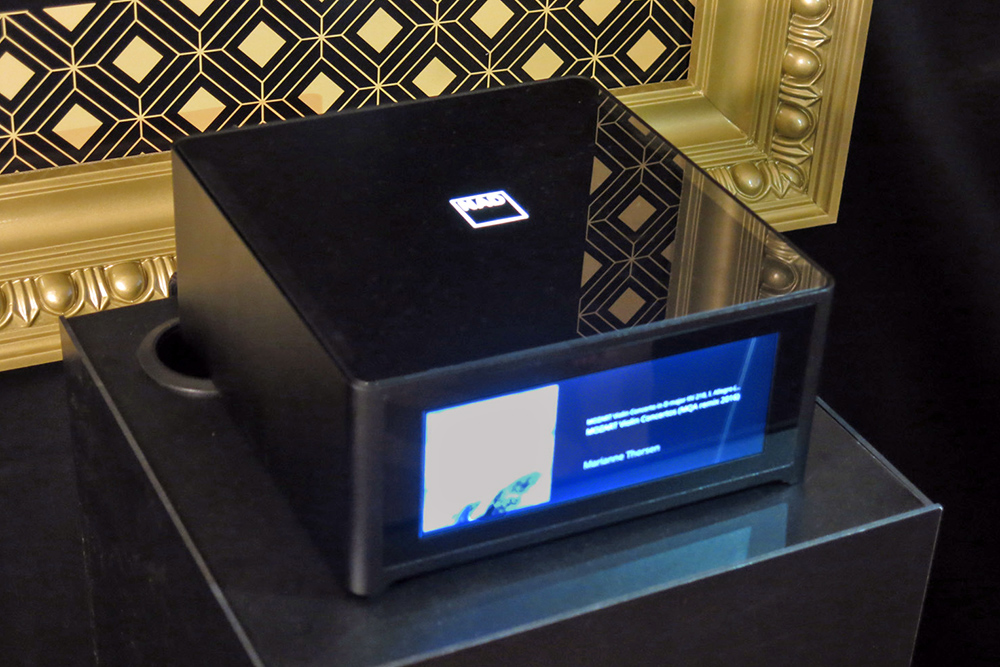 Steven Baker of NAD parent company Lenbrook described the M10 integrated amp ($2499) as “basically a Bluesound Power Node with NAD Master Series sound and design quality.” Like a Bluesound product, it can stream audio from the Internet or from a network-attached hard drive or computer. But like an advanced A/V receiver, it includes Dirac Live auto room EQ as well as an HDMI ARC input that makes it easy to use with TV sets. Digital coaxial and TosLink inputs are provided, along with Bluetooth and an analog input. A proximity sensor switches the touchscreen display from a status screen to a control screen when your hand passes near the unit. 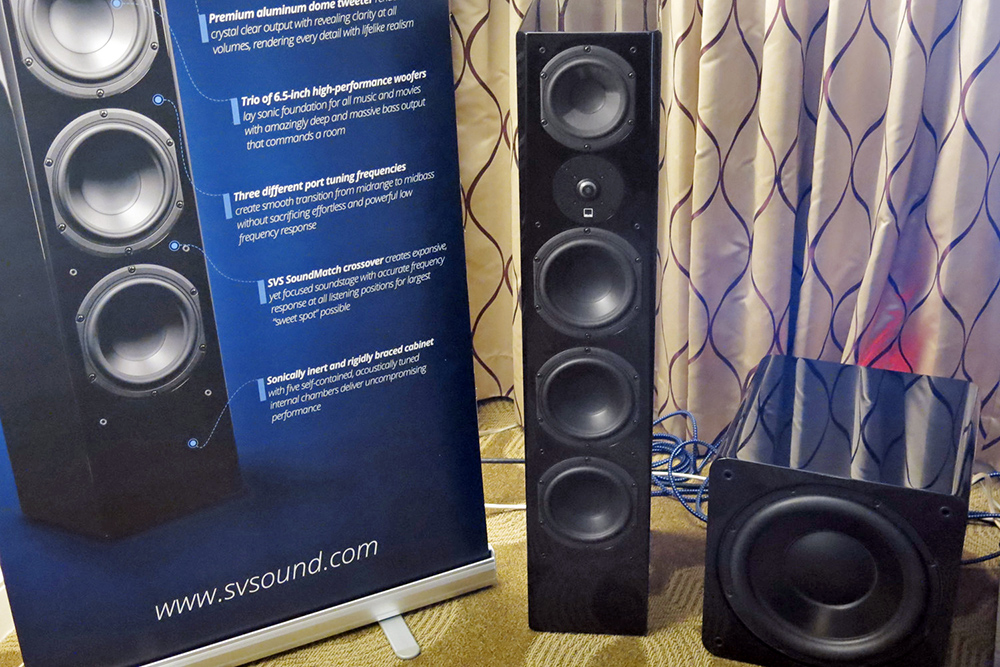 According to SVS, the new Prime Pinnacle tower speaker actually surpasses the performance of the company’s flagship Ultra Tower in many ways, although it can’t match the bigger speaker’s bass performance. Each Prime Pinnacle packs three 6.5" woofers, a 4.5" midrange, and a 1" tweeter. Price hasn’t been set but is expected to be in the range of $1500 per pair.