Some of my SoundStage! colleagues give me a bit of a hard time because I don’t stream music. Maybe this will be the year that I finally break down and subscribe to a streaming service -- or maybe not. But at this year’s High End 2018 show in Munich, I saw a couple of high-end streaming devices that just might make me change my mind.

I was super impressed by Simaudio when I visited the company’s Boucherville facility, which is just outside Montreal, this past January. My admiration continues with the Moon 390 network player-preamplifier, which debuted at High End 2018. 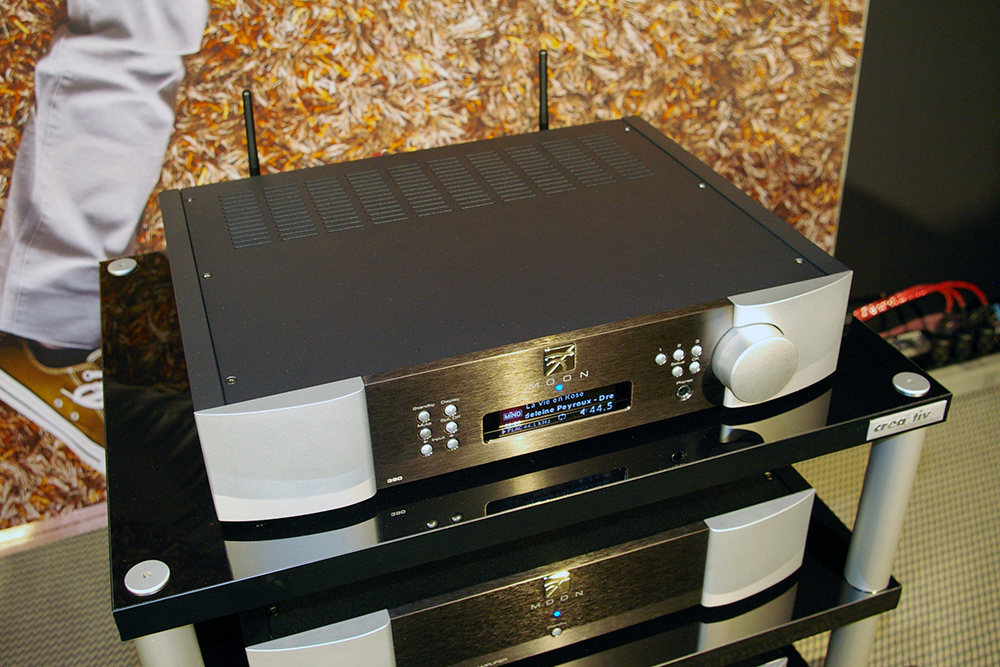 The Moon 390 is a Roon Ready device that also works with Tidal Masters, Deezer HiFi, and other music services. It features Moon’s new Mind 2 streaming module, which allows streaming of most file types, including DSD and MQA, and can access files on an attached USB storage device. Mind 2 also allows streaming of any digital or analog input to other Mind 2 zones on the network. Moon 390 network connectivity is either through Ethernet or Wi-Fi. It’s also Bluetooth aptX-capable and offers HDMI 2.0 switching. There’s even an MM/MC phono stage, configurable through the onscreen menu system, that is said to be better than the company’s entry-level 110LP phono stage and nearly as good as the step-up 310LP phono stage. No matter how you want to play your music, the Moon 390 has you covered.

That’s not all -- the 390 utilizes the ESS Technology ES9026PRO Sabre DAC chipset which supports up to 32-bit/384kHz PCM and up to DSD256, both over USB. It also has a very high-quality headphone output. 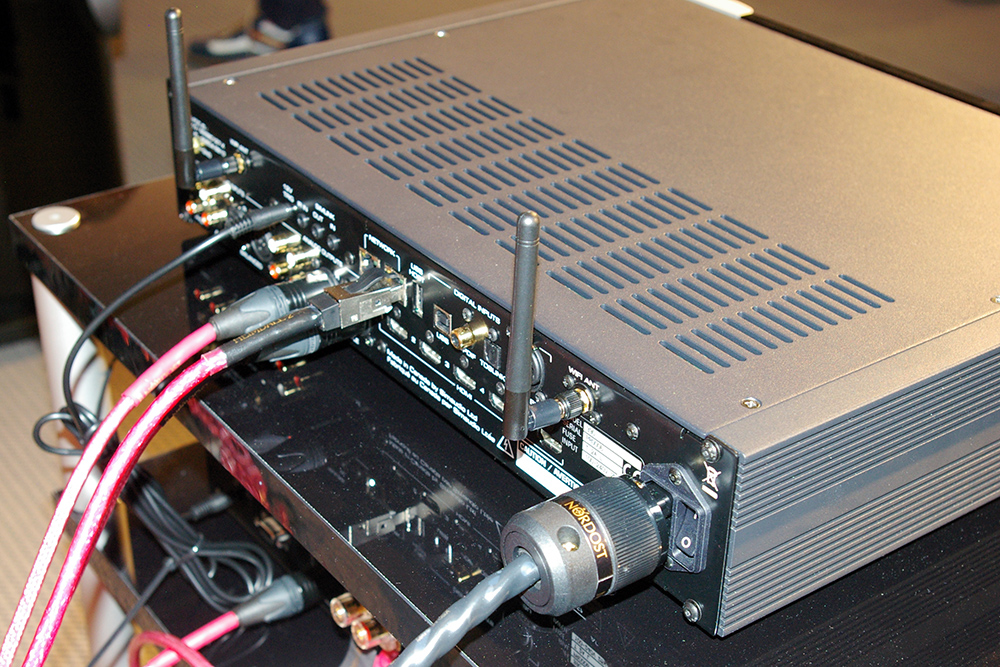 The Moon 390 is versatile, but what impresses me most about it isn’t the sheer number of features in it; it’s the amount of engineering effort that went into implementing each of them. I also like that, at a price of $5300, the Moon 390 is claimed to provide performance better than the company’s 350P preamplifier and 380D streaming DAC, and that it adds additional features at a fraction of the price of the separate components that it can replace. My recent experiences with Simaudio, which included that trip to see the factory and speaking with the engineering staff, as well as hearing the $118,888/pr. Moon 888 monaural amplifier at the factory and at fellow-reviewer Aron Garrecht’s house, make me believe that the Moon 390 is going to be a killer product.

About Ayre Acoustics -- all of its 8 series of modular components, which first showed at High End 2017, will begin shipping in the next few months. This includes the QX-8 digital hub. The final pricing of the QX-8 is yet to be determined, but depending on the options chosen, the price should be in the range of $5000 to $6000. It, too, uses an ESS Technology Sabre DAC chipset, has myriad digital inputs, including the company’s asynchronous S/PDIF technology (patent pending), as well as a headphone output.

I’ve always enjoyed the sound of Ayre components, and the new 8 series looks to provide a lot of value for the audiophile hoping to get into high-end audio at a reasonable price. The QX-8 features Ayre technologies found in more expensive products, such as zero feedback, fully balanced discrete circuitry, a custom digital clock, the EquiLock gain circuit, and the Double Diamond output stage (including in the headphone output).

The entire line of Ayre 8-series products, including the very appealing EX-8 integrated amplifier, which was also on display at High End 2018, is tempting, but a product like the QX-8 that provides the quality of sound that Ayre is known for in a moderately priced network player would also make me consider adding streaming capability to my system.