I first met Gryphon Audio Designs’ Flemming Rasmussen at High End 2001. Back then, High End was held in Frankfurt, Germany, at the Kempinski Hotel. The hulking black class-A amps of Gryphon were new and fascinating to me. Over the ensuing years, I spent time with Flemming at shows and corresponded with him over e-mail. I came to know him as a kind, caring man with a great passion for music and music reproduction. During the past 20 years, I’ve reviewed many Gryphon products and grown a tremendous admiration for the brand in general -- but there was no separating Gryphon and its products from Flemming Rasmussen. He was -- is -- the heart and soul of Gryphon.

In case you haven’t heard, Flemming is retiring after 33 years in the industry. I had an opportunity to sit down with him at High End 2018 and chat about his beginnings with Gryphon and what he’ll now do with the newfound free time in his schedule. 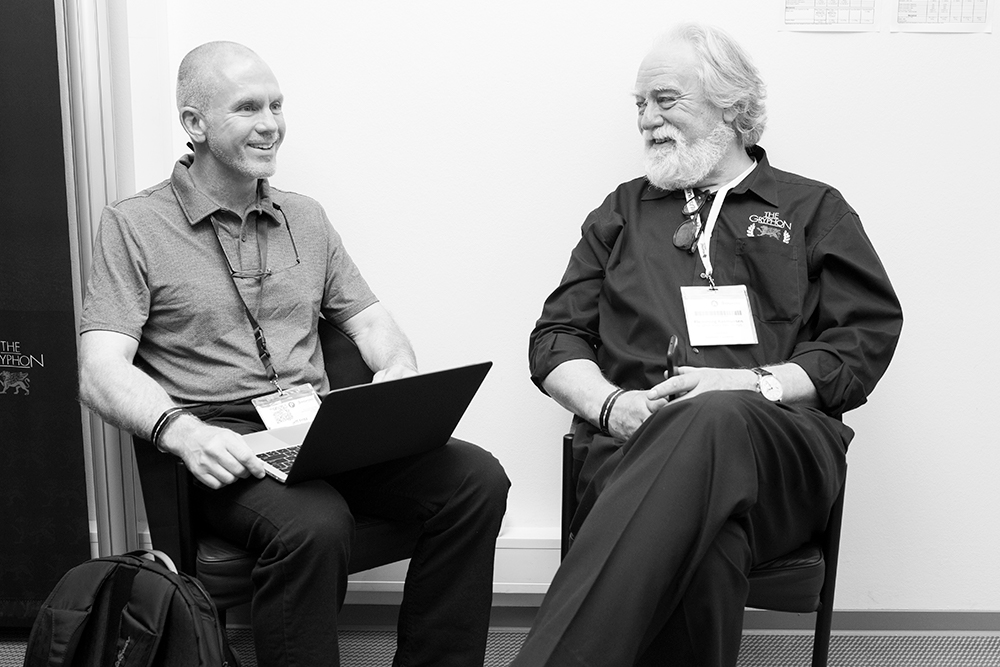 “My interest in audio began at 11 or 12 years of age when I got a horrible-sounding tape recorder,” he told me. He knew then that he had an interest in audio -- improving audio. It was 1985 when Flemming committed to making a go of it in the audio business, though he began with only $1000 to invest.

“I could not afford to make any mistakes!” he said.

Flemming’s first product was a phono preamp, which he decided to take to Hong Kong to judge interest. “I received an immediate response from the audiophile community,” he said. His friend Leo Fung asked Flemming to attend a meeting of a local audio club -- at midnight. The Night Owls, as they were known, would meet and listen to music until the wee hours of the morning, and this was where Flemming’s first product would make its debut.

The response from the Night Owls was extremely positive. “The people enjoyed it so much,” he told me. Flemming realized he was onto something.

The rest is history, as they say. Gryphon, with Flemming’s creative vision underpinning it, has flourished. He told me that he is leaving Gryphon in a very good place. “They are aware of their identity,” he said assuringly. “Gryphon has a lot of momentum.” 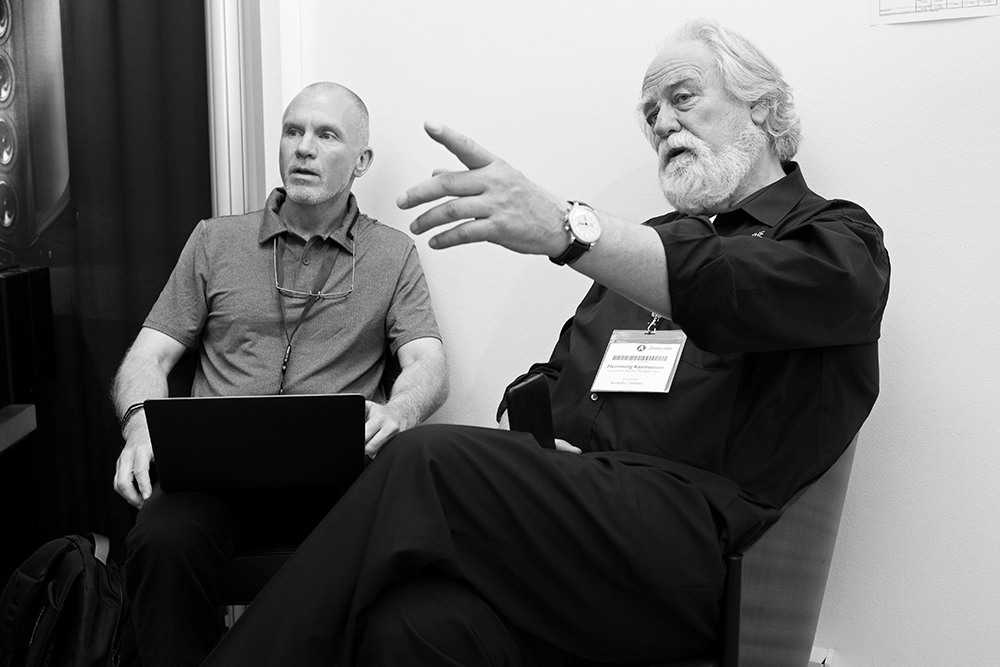 Gryphon has a number of employees that have been with the company for more than 15 years, such as Bjarne Stenholt, who, according to Flemming, “does a little bit of everything at Gryphon.” They have also hired some key personnel: Jakob Odgaard is the new sales director, while Bjoin Hegelstad will handle export sales. Flemming is confident that there is “strong DNA in Gryphon.”

New markets are still emerging for Gryphon, too: “Things are amazing in China, where audiophiles are relatively new. They are skipping all the bad products of my youth and going straight to the Diablo 300!” he said happily.

Flemming told me that he believes the company will improve with younger people infused into the Gryphon culture. “A brand name is a promise,” he declared -- and he believes Gryphon will be represented well now and into the future. 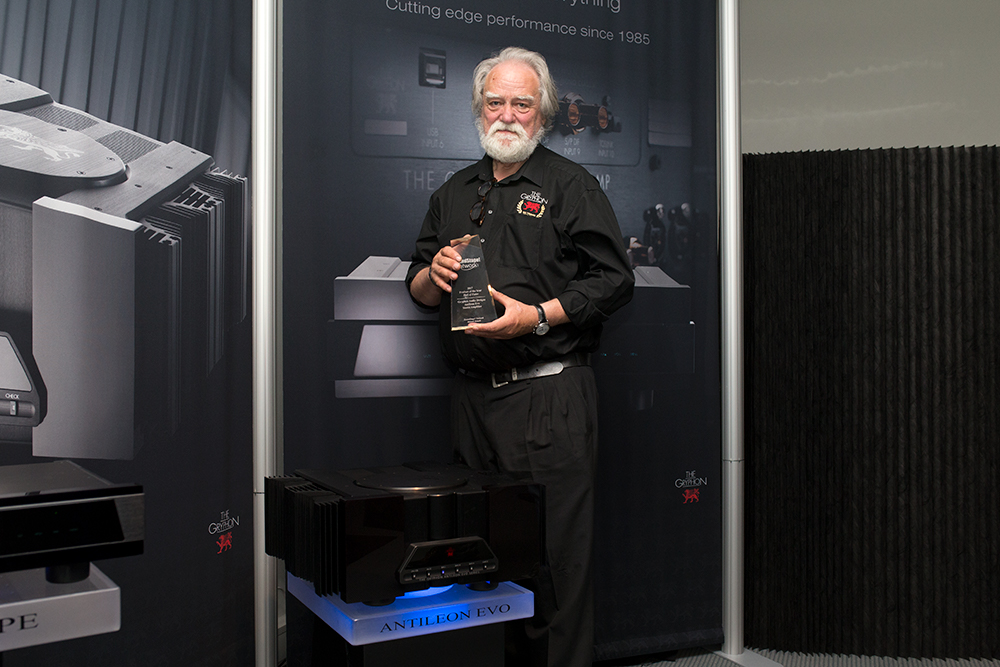 Flemming and a SoundStage! Network 2017 Product of the Year award for the Antileon EVO power amplifier

And what will Flemming do with his newfound time? He told me he wants to paint and fish, but the real sparkle in his eye was when he began talking about his first grandchild, who is due any day now. He will listen to music through a pair of Mojo speakers and a Diablo 300 integrated amp in a small wood cabin that he lives in. He says audio will always be in his blood, but for now it’s time for him to rest. You’ve earned it, Flemming.