I’ve attended many demos of MQA, a technology that compresses high-resolution audio files down to the size of standard-resolution files, and claims to correct “time smearing” problems in the process. I found those demos unconvincing. Most played MQA files on their own without comparing them with the original files or with the uncompressed high-res files. I got one reasonably decent MQA demo at the 2016 T.H.E. Show Newport, but I heard nothing in the MQA-processed pop and rock recordings to convince me that MQA was a significant sonic advance.

So it was with a heavy heart that I agreed to attend yet another MQA demo, this time at the 2017 Los Angeles Audio Show. This demo featured stereo recordings made by Peter McGrath, an audio industry veteran who is currently director of sales for Wilson Audio. After an introduction by Bob Stuart, creator of MQA and best known as a cofounder of Meridian Audio, McGrath played several of his recordings in their original 24-bit/88.2kHz digital form, each file followed by the same file data-compressed and processed through MQA. The playback system was a pair of Wilson Audio Alexx speakers powered by a T+A PA 3100 HV integrated amplifier and fed signals from a Meridian Audio Ultra DAC -- a system costing $153,500 without cables. 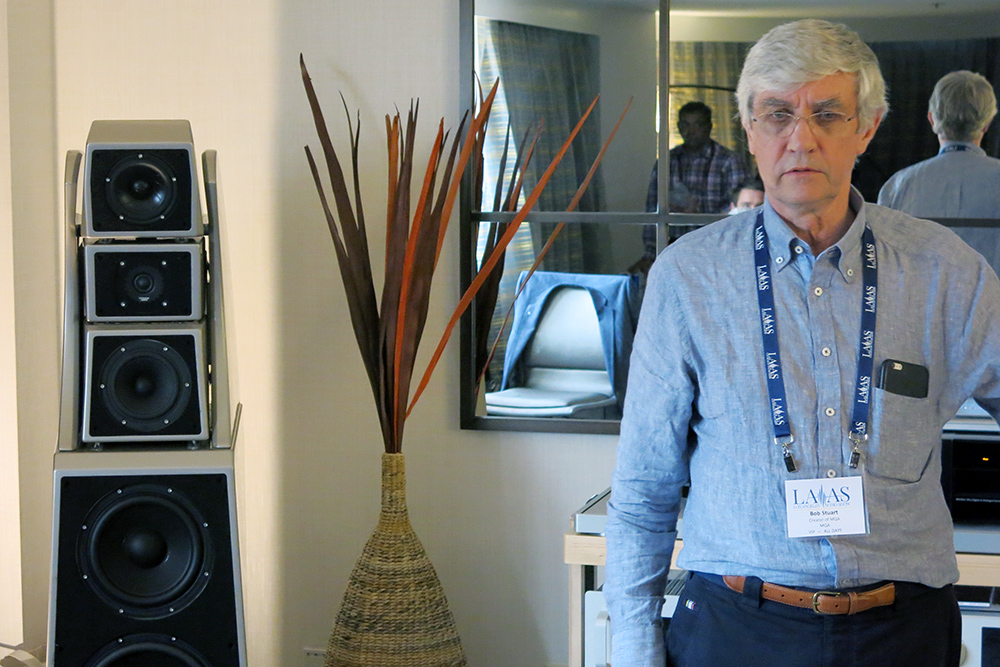 In this demo, MQA’s purported ability to improve the sound of digital files, rather than merely reduce their size, was at long last demonstrated in what I considered a meaningful and legitimate way. On the first recording McGrath played, a solo piano recital of a Bach piece, I could hear what seemed to be a little more treble energy, and the high frequencies were obviously clearer. The original file, in comparison, sounded soft and lacking in detail. It was not the kind of difference that would smack the average listener across the face, but still, it was easy for any interested listener to hear -- like the difference you’d get in changing from a speaker with a mediocre tweeter to the same speaker with a very good tweeter.

McGrath’s next recording, a string quartet, revealed an even clearer advantage for MQA. There was no question in my mind that the MQA-processed file had clearer treble and a greater sense of spaciousness and air. In the original recording, the sound of the bow hairs scraping across the strings -- in my opinion, one of the most revealing examples of treble detail that can be found in an audio recording -- was barely audible, but in the MQA file it was clear.

An orchestral recording of Mahler’s Fifth Symphony revealed MQA’s character in a different way. The previous recordings were starting to make me wonder if MQA wasn’t simply creating an apparent improvement by boosting treble slightly (a favorite trick of audiophile headphone manufacturers). But the brass-heavy Fifth Symphony made it clear that MQA was improving the clarity of the treble rather than merely boosting it. In the original recording, the horns tended to blare and hurt my ears a bit. On some level, that’s OK -- even live brass performances sometimes sound blarey -- but with the MQA file, the blare was less apparent; a treble boost would have made it worse. The cymbals in the recording also sounded smoother, with more of the subtle, sweet ring of turned brass instead of the more steely, zingy cymbal sound apparent in the original recording. I hear lots of cymbals live -- I own a drum kit that visiting musicians play on a weekly basis -- and can attest that even reasonably good cymbals don’t have that steely sound. So in this case I’m confident the MQA file’s sound was more accurate and lifelike. I also noticed that the bass notes in the MQA file were tighter and better defined than in the original. 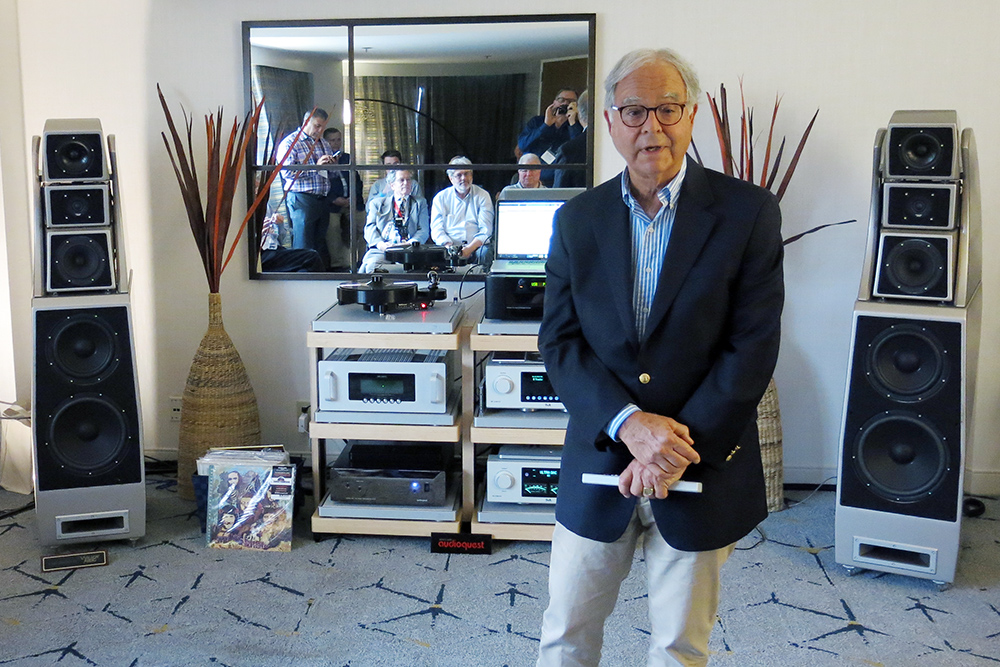 Of course, this is just one demo, and it raises a lot of questions. Would I have had the same impressions if McGrath hadn’t told the attendees which file was MQA-processed and which wasn’t, allowing any pro-MQA bias in the minds of the listeners to influence our perceptions? Would MQA’s advantages be significantly apparent on a $10,000 system, or perhaps more importantly, through a $500 pair of headphones? Would MQA sound as appealing on a speaker with a more revealing metal-dome tweeter instead of the Alexx’s silk-dome tweeter? Every manufacturer picks demo material that shows its equipment and technology in the best light, but to what degrees were these files cherry-picked? And would the advantages be as apparent with a multitracked commercial recording?

I can say that I heard enough of a difference between the MQA and non-MQA files that I think the difference could possibly be confirmed in a double-blind test. (As, to my knowledge, the only reviewer who owns an ABX comparator box, I have a pretty good idea of what might be audible in double-blind tests.) I’m not ready to proclaim MQA as the holy grail of audio, as some audio pundits have (without, I must point out, substantial evidence to support their enthusiasm), but the demo I heard at the LA Audio Show has shifted me from being an MQA skeptic to being . . . well, let’s say “MQA curious.”