The Los Angeles Audio Show 2017, taking place at the Sheraton Gateway Los Angeles Hotel, hosted a wide variety of audio electronics manufacturers displaying products ranging from the most elite high-end amps, preamps, and DACs to electronics costing just a few hundred dollars. Most of the big players in the audio industry launched their new electronics at CES, held in Las Vegas in January, or High End, which was last month in Munich, so I’ve decided to focus here on less well-known companies whose new products we haven’t yet covered. All prices in USD. 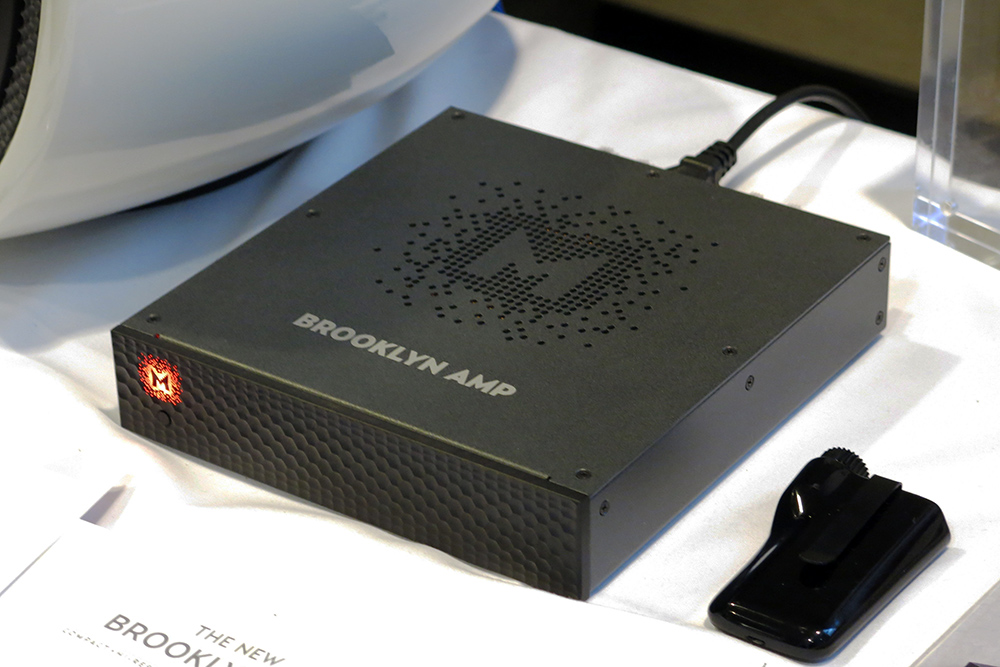 Mytek’s Brooklyn amp ($1995) uses the same form factor as the company’s Brooklyn DAC-preamp-headphone amp, so the two can be joined together with a pair of speakers to form an ultra-compact system. The Brooklyn amp uses a custom class-D configuration that is far more powerful than its appearance suggests. The dual-mono design is rated at 250wpc into 8 ohms, even though it weighs only six pounds and measures just 8.5" by 9.5" by 1.74". 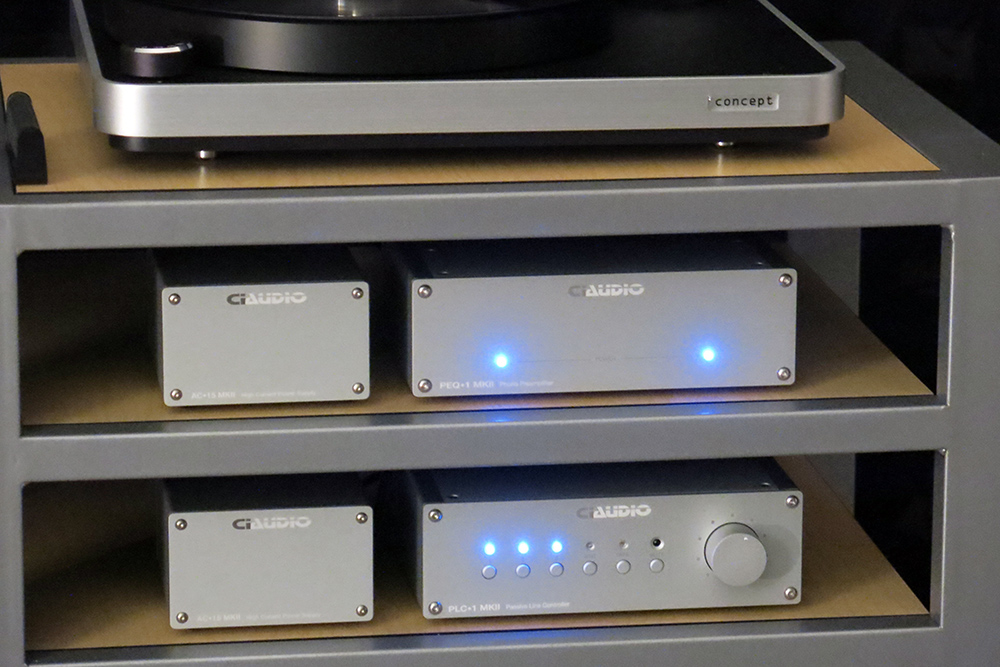 CI Audio -- also known as Channel Islands Audio -- demonstrated its new PEQ-1 MkII MC/MM phono stage ($995, middle shelf), which is designed for ultra-low noise. According to the company, the noise level of the dual-mono design is less than two microvolts, which would roughly translate to a typical signal-to-noise ratio of about 100dB, depending on the cartridge and gain settings used. The AC-15 MkII upgrade power supply ($295) is optional, and uses a single transformer to feed dual-mono power supplies. 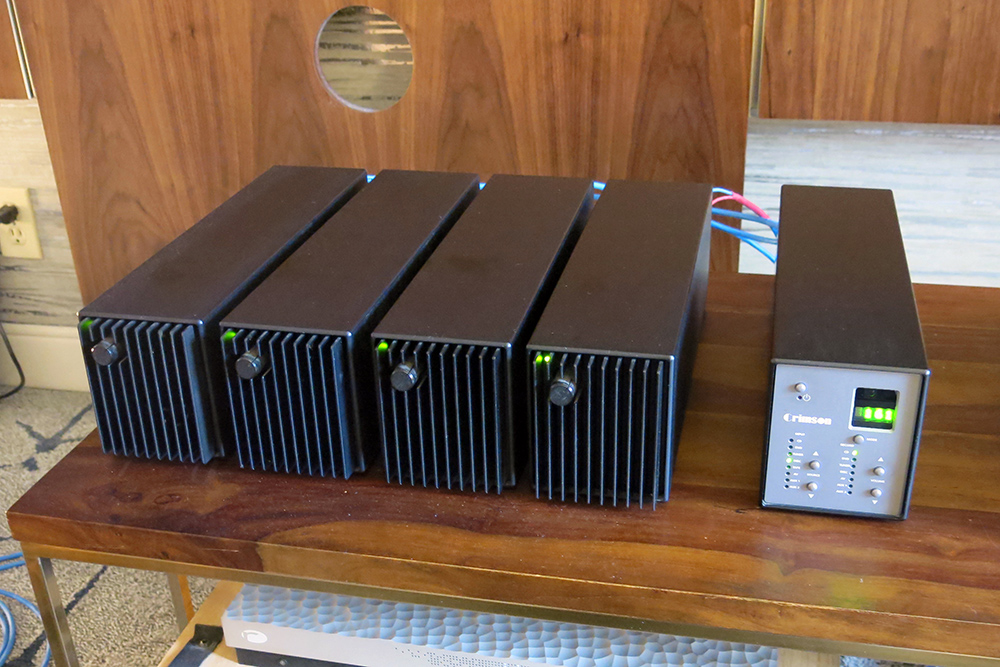 Crimson Products’ electronics feature an unusual form factor that allows the products to be grouped next to each other on a shelf. The CS640I-III monoblock amps ($6000/pair, left) are class-AB designs rated at 175W each. The CS710 preamp ($7000, right) is an all-analog design with digital controls governing the volume and source selection. It includes an MC/MM phono stage, a separate power supply, and remote control. 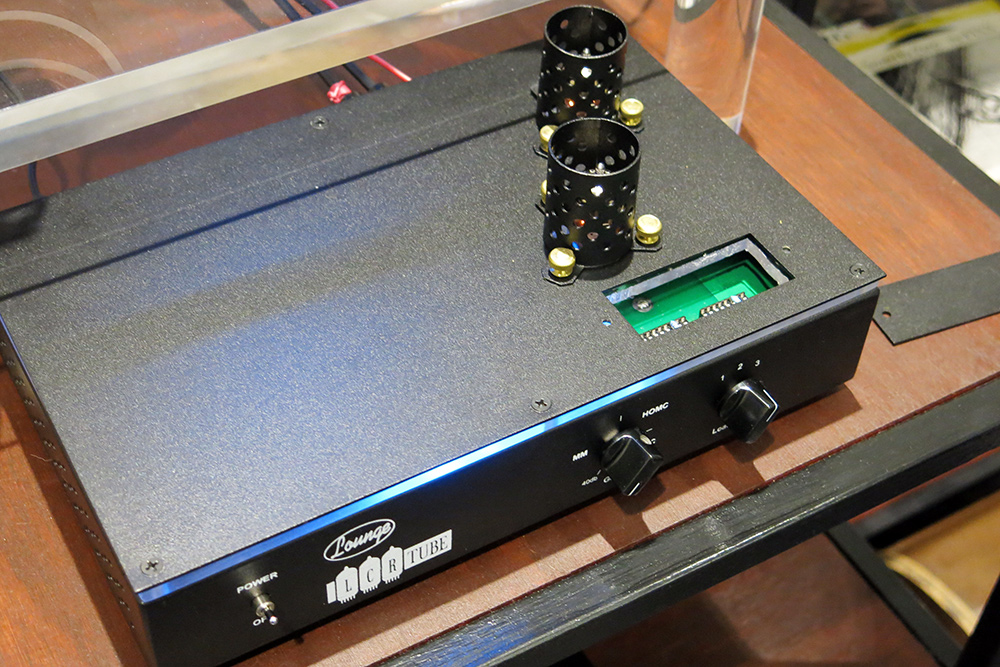 My favorite new audio electronics product at LAAS was the Lounge LCR tube phono stage. It’s a terrific design for those who like to experiment with different cartridge loadings. Inside that slot are dual IC sockets (one per channel) that let the vinyl enthusiast plug in any combination of loading resistors and capacitors to create three different presets, which can be selected using a front panel switch. Gain is continuously adjustable from 40 to 60dB through a knob on the front panel. The hybrid solid-state / tube phono stage uses dual 6DJ8 tubes, and is made by hand in LA’s San Fernando Valley. Price has yet to be set but is expected to be around $700. 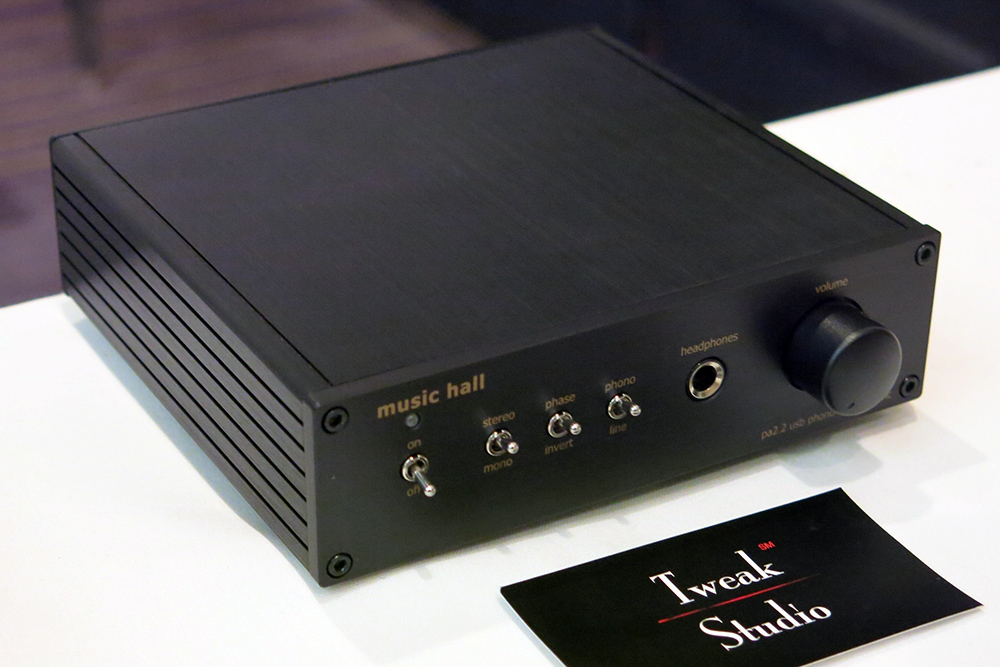 Distributor Tweak Studio showed Music Hall’s new pa2.2 ($399), a unique phono stage with a whole lot of useful added features. The core of the pa2.2 is an MC/MM phono preamp circuit with adjustable gain. It has variable- and fixed-level outputs plus a line input, so it can be plugged straight into a power amp and used as a preamp in a system with just a turntable and one other source. It also has an internal A/D convertor with a USB output, making it easy to use a computer to make digital recordings from a turntable, and a 1/4" front headphone jack is also provided.

Wyred4Sound’s DAC-2v2SE 10th Anniversary Limited Edition ($4499 estimated) is the most advanced DAC the company has yet created. It’s based on an ESS Technology Sabre 9038PRO DAC chip, and supports digital signals in resolutions up to DSD256 or 32/384 PCM. It has a galvanically isolated USB input plus coax, TosLink, AES/EBU, and I2S inputs. The 10th Anniversary Limited Edition incorporates many upgraded parts, including hand-matched custom Vishay resistors.